Games set in space remain one of the most popular choices when it comes to the horror genre and not without a reason, as the space setting adds a layer of helplessness and anxiety.

Being stuck aboard a space station or a spaceship means that there are not too many options when it comes to running away or avoiding dangers. This means that if there are enemies, they’ll remain a threat until they’re eliminated, but killing the enemies is not always possible. As a result, you must keep your guard up at all times – just because you managed to escape a hostile entity once or twice, doesn’t mean you’re safe.

If you’re looking for some great space horror games, look no further – here’s a list of some worthy examples, all gathered in one place for your convenience.

Usually, when AI is involved in a sci-fi horror game, it’s our enemy who tries to eliminate us. Observation, however, is different – here you are the one who will be controlling the artificial intelligence. 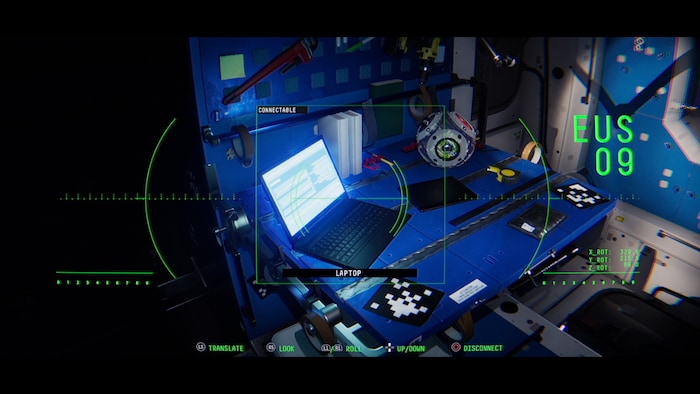 Observation is a unique adventure game where you will be playing as an AI maintenance system tasked with providing assistance to Dr. Emma Fisher, one of the members of the space station’s crew, as she tries to locate the missing members and figure out what’s going on. Gameplay-wise you will be able to observe the station through the cameras connected to the system. You will be also able to give Emma the necessary information that will help her make decisions. Moreover, you will have the opportunity to control various electronic equipment scattered around the station, which may come in handy. If something goes wrong you can’t blame the AI – because here you are the AI.

Those who are looking for some fast-paced action can’t miss DOOM – eliminate hordes of evil creatures and make your way through increasingly difficult levels. 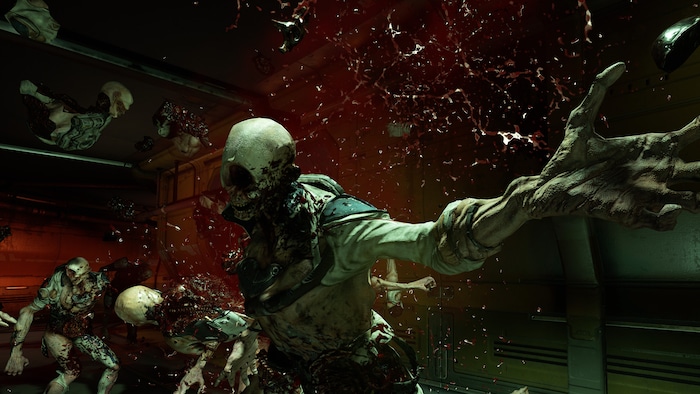 It’s not an easy feat to revive an old classic and pack the spirit of the original inside a more modern box, but in this case, the development team did an amazing job – Doom from 2016 captures the original game’s soul and atmosphere while providing polished 3D visuals and quality of life additions. Overwhelmingly positive reviews should be more than enough of a proof of the game’s quality, but it’s best to experience this action-packed shooter yourself. Grab the iconic guns known from the classic version of the game and begin the rampage.

How about a game where you can command a spacefaring locomotive to reveal the mysteries of the stars themselves? 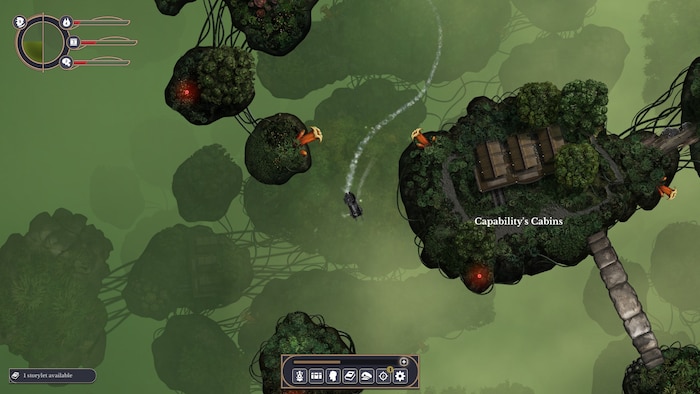 Sunless Skies is a top-down role-playing game about exploring space, that is full of surreal and beautiful locations, and looking for answers regarding the nature of the universe. The game is quite challenging and it’s easy to die if you’re not careful but that’s part of the fun in the game – once you start over, some of the items can be passed over to the new captain, which should make your new adventure slightly easier. Upgrade your space locomotive, defeat enemies, and enjoy the atmosphere that is further enhanced by the music and ambient sounds.

If we already mentioned Sunless Skies, why don’t we recommend its predecessor as well? If not for this game, Sunless Skies probably wouldn’t have been developed at all. 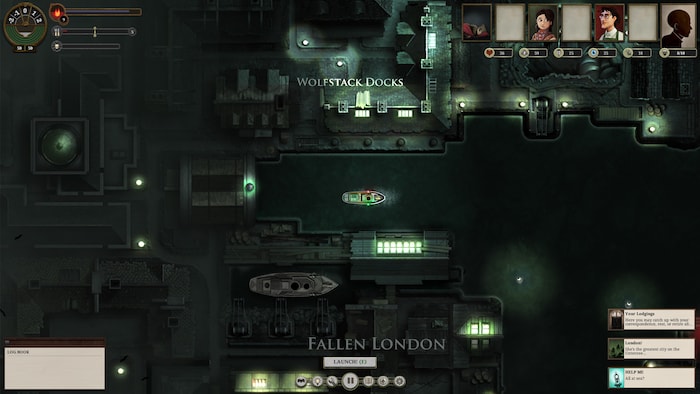 Sunless Sea is a top-down roguelike game that will take you to a Victorian-era-inspired setting, where you will be responsible for commanding a steamship. The game is not an easy one, so you shouldn’t be ashamed of dying, especially considering the fact that this is one of the game’s core mechanics – every time you die, your next character may have a slightly easier time. The game’s atmosphere is most likely something you’ve never experienced before – it’s dark and eerie and invokes the lingering feeling of anxiety and helplessness but in a good way. You’re all alone in the boundless seas – try to keep it together or you will quickly go insane.

If mixing horror with aliens and a sci-fi theme is right up your alley, you simply can’t afford to miss Prey from 2017. 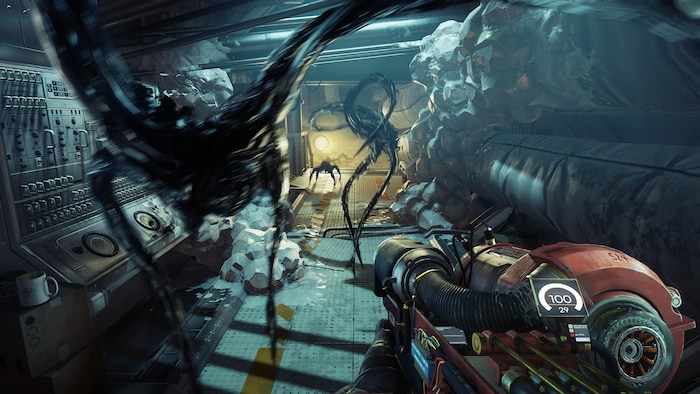 Prey is a game that takes place in space, where you wake up from a coma in the middle of a major crisis – the space station you’re currently in became overrun by an alien race known as Typhon. Your objective is to escape the station while trying to stay alive and learn about your own past. The mission certainly won’t be easy, but you’re not entirely defenseless – as the game progresses, you will gain access to new weapons as well as some alien abilities that should make your life a little bit more bearable. Don’t let the enemy surprise you. Proceed with caution and don’t draw unnecessary attention and then maybe you’ll be able to make it out alive.

A thirst for Lovecraftian horrors shall be quenched by Moons of Madness – begin a new adventure and find out what secrets one of our neighbor planets holds. 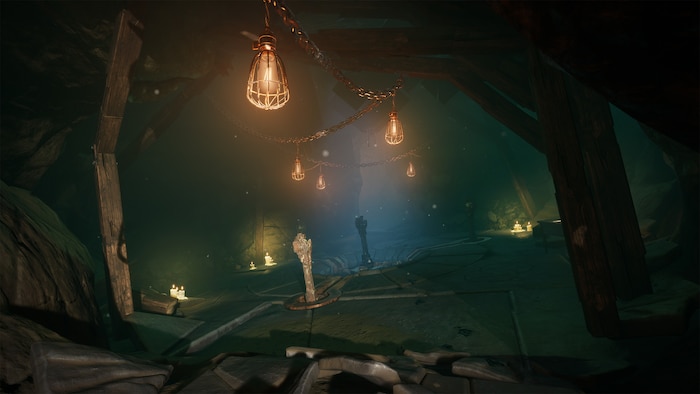 Moons of Madness is one of these sci-fi horror games that can really send shivers down your spine. The game focuses on Mars and a mysterious signal received by one of the research teams, suggesting the existence of intelligent Martian life. As the game progresses you will get closer to revealing the truth, but will you be able to keep your sanity long enough to reach it? Explore the research facility in order to find clues on what’s going on, investigate the surroundings, and immerse into the believable setting that combines pure fantasy with highly realistic elements.

Even though the original System Shock is a very old game, it wouldn’t be fair to not mention it when talking about the best space horror video games. 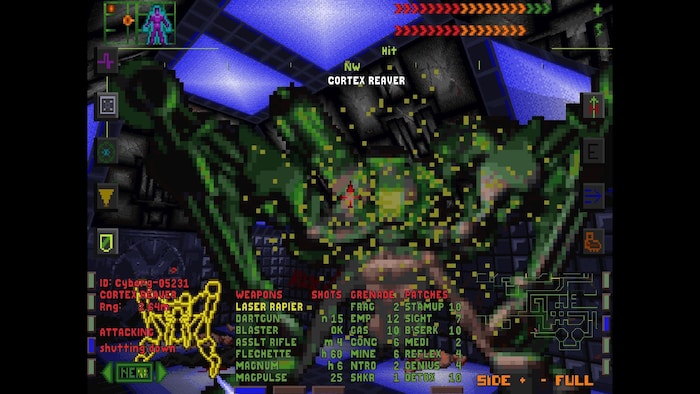 System Shock is a sci-fi first-person action-adventure game. It was considered to be very innovative at the time of its release, inspiring developers all around the world to borrow its ideas to create their own games, most notably giving birth to Deus Ex, BioShock, or Prey, among dozens of other games. You will find yourself aboard a space station, where your task will be to thwart the plans of SHODAN – an advanced type of artificial intelligence system integrated with the station. The gameplay revolves around exploring the station, solving puzzles, and destroying all kinds of hostile machines and mutants – overcome the difficulties to complete the ultimate goal. Also, keep an eye on the news related to System Shock – a modern remake by Nightdive Studios could be a worthy successor to the original game’s legacy.

Have you ever wondered what would a Dark Souls game in space look like? Thanks to Hellpoint, your curiosity can finally be satisfied. 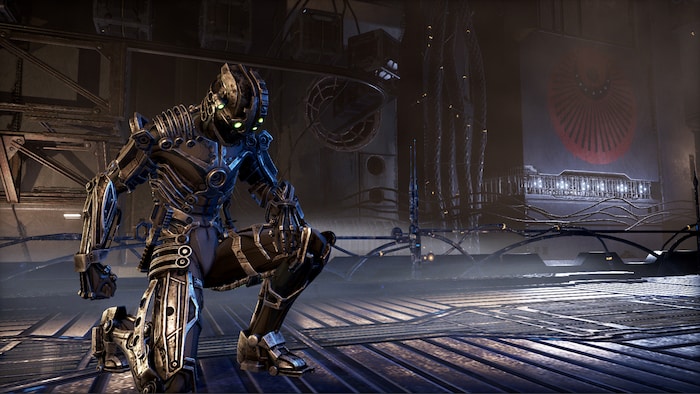 If you thought that the Dark Souls series is hard, you surely didn’t have the opportunity to play Hellpoint – prepare to repeat certain sequences over and over again, as mastering the boss fights is part of the fun. The game is rather short if you know what you’re doing, but it’s still an experience you wouldn’t want to miss, especially considering that it’s an indie game made possible thanks to a crowdfunding campaign. Choose your favorite playstyle, hone your skills, explore the space station to reveal its secrets, and beware of certain events that may be triggered in real-time as you play. And if you can’t pass a certain enemy, you could try to combine forces with another player – the game comes with co-op features.

Being stuck in space, far from civilization or any other people, is already a solid base for a good sci-fi horror game. Add a hostile alien that adapts to your playstyle to surprise you and you get a bestseller. 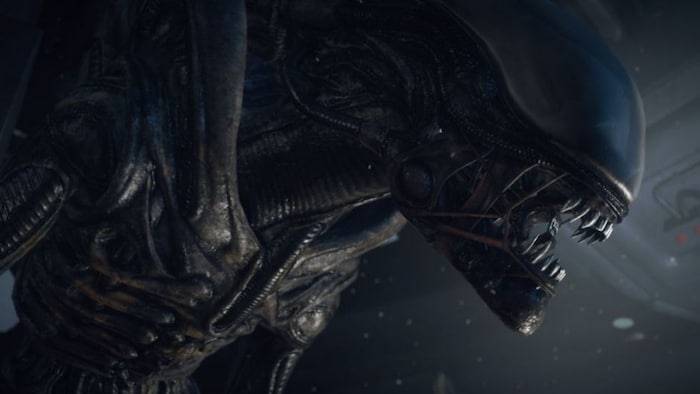 Alien: Isolation is a sci-fi survival horror that focuses on stealth and avoiding danger rather than confronting the enemy head-on. The game received a lot of praise for its smart AI – Alien: Isolation gets increasingly difficult the better and more skilled you are to provide a fun challenge for players of any skill level. If you’re pulling a trick on the alien, you can expect it to become less effective in the future. The more you hide in vents, the higher the chances are that the alien will start looking for you inside as well. The more flamethrower you use, the more likely it would be for the alien to try to flank you. And so on. Remain cautious at all times and never stop coming up with creative ideas on how to outsmart your enemy – because he certainly won’t stop learning more about you.

Finally, Dead Space – there are several games that are considered part of the Dead Space franchise, but the original game from 2008 is arguably the best one. 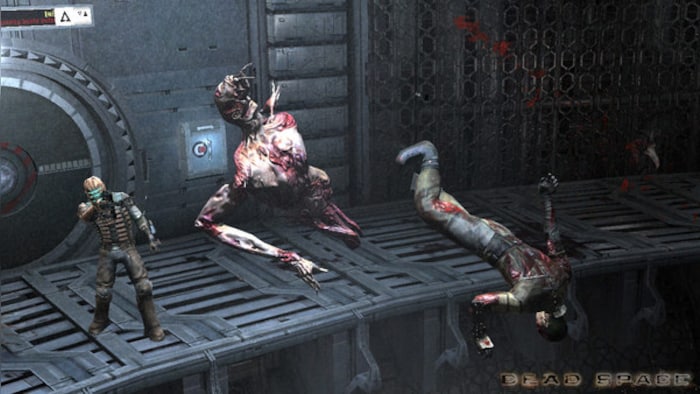 Dead Space is a survival horror game in which you will find yourself stuck aboard a seemingly abandoned spaceship. If that wasn’t unlucky enough, it quickly becomes clear that you’re not alone there – the ship is overrun by hostile alien entities and apparently, you weren’t invited to their party, so you can expect rather hostile behavior for disturbing them. The game can be truly terrifying at times, but you’re not defenseless – although you’re just an engineer, you still know a thing or two about how to effectively use a gun to eliminate threats when necessary.

Space horror video games can be a great source of entertainment if you love being scared. The emptiness of space adds another layer of fear – you’re on your own up there, and if you meet an enemy, it’s either you or him. You can try to escape, but even if you succeed, you can’t feel safe as long as he’s alive. Lose your focus for just a brief moment and you may get a nasty surprise from behind.

Psychological horrors, survival horrors, action-adventure games with horror elements – there’s surely something for each and every fan of horrors, so feel free to pick your favorites from our list of the best horror video games above.