Games which tend to get the most attention tend to be loud, bombastic and obvious…which is thematically perfect, because stealth games can move past the noise straight to their intended audiences and steal their hearts.

The principles of what makes a stealth game are pretty simple: they promote staying out of sight of whomever the game uses as the enemy, often allow you to make silent takedowns, and it’stypical to see a stealth game whose levels are designed to be non-linear. Many stealth games are third-person perspective because of the spatial awareness provided by that camera mode, but there’s no shortage of FPP, or even weird takes. We have a few interesting, unorthodox options on this list, actually.

So, without further ado, let’s slink into the shadows, inspect the guard patrol patterns, and take a look at the shinies you could add to your library. Here come…

The Best Stealth Video Games of All Time

The Dishonored series has an admirable tendency to put you in the shoes of highly skilled, supernaturally empowered assassin with a satisfying array of whalepunk gadgets. There are several playable characters across three games and DLCs, but what they all have in common is that they can go unseen wherever they want, silently eliminate anyone, and leave for another job. 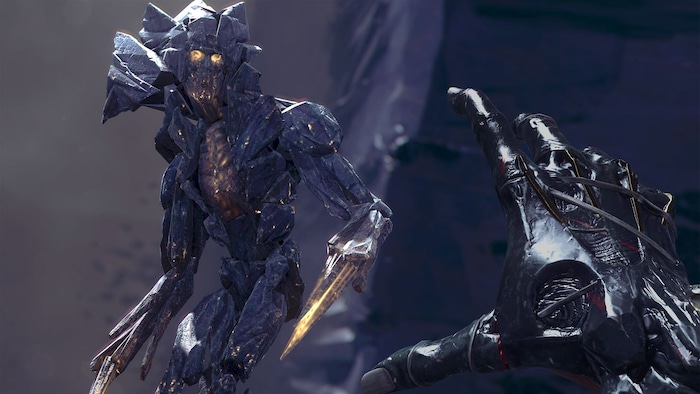 The maps of Dishonored games tend to be large, with many nooks and crannies for you to explore and hide in. You can stay avoid guards altogether, but you can also incapacitate or straight up murder them. For the record: you can keep your targets alive, but what happens to them tends to be a fate worse than death, if you think about it for more than a second.

It’s hard to believe, but we’ve been staring on Agent 47’s bald head for over twenty years already. It’s a miracle that the bar code isn’t burned into our retinas. There’s a reason for this longevity: this series offers some of the best stealth-oriented experience you can find in gaming. Like in Dishonored, you’re an assassin, but the series is much more down-to-earth, especially in early installments. 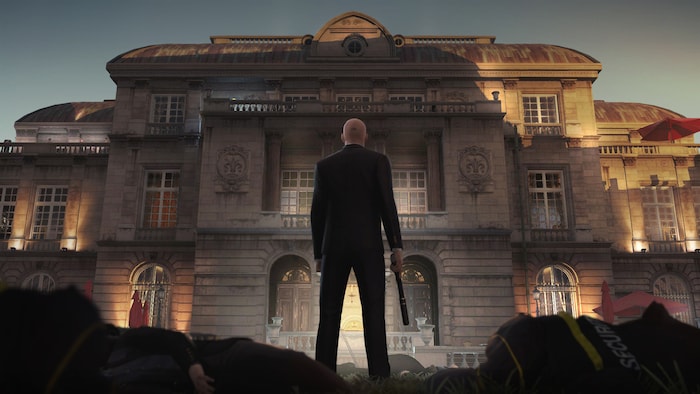 Hitman games put you in the shoes of Agent 47, a self-liberated clone with a real knack for the job. Your main means of stealthing is by wearing disguises appropriate to the area you’re trying to infiltrate, and truly, 47 is a master of blending in this way. Especially in the recent World of Assassination trilogy you have a vast number of cool and fun disguises to use on its spacious sandbox maps.

One of the grandparents of the stealth genre, the classic Thief games are a series of first-person perspective which are only ever interested in you playing a thief. Not an assassin, just a guy, called Garrett, who has soft shoes, trick arrows, sticky fingers, and a talent for getting into places. That’s all you need to get around a dark, steampunk city looking for gold and thwarting weird cults. 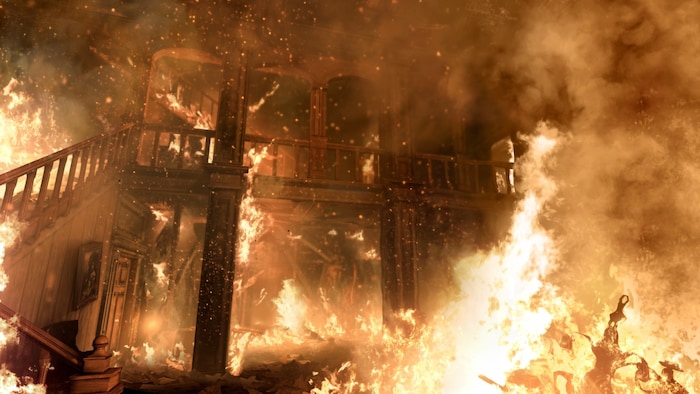 The original Thief is a three-game series released between 1998 and 2004, and to this day is considered one of the best in the genre, with great map design, interesting plot, and satisfying stealth based on light and shadow, measured by a handy gem for your convenience. In 2014 the series was rebooted, bringing it a bit closer to Dishonored-style gameplay.

Metal Gear Solid V is the latest in a long-running series of stealth-oriented alternate history political fiction games which spawned from the mind of Hideo Kojima. In MGS5 you’re playing as Venom Snake, a trained operative who bounced back from a lengthy recovery and now gets to lead a mercenary group known as Diamond Dogs. Thankfully, there’s a lot of work to do. 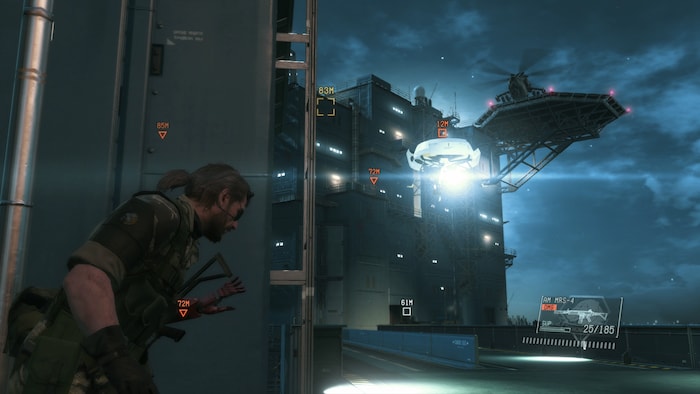 The Phantom Pain is mostly mission based, but once you drop onto the map you have a large degree of freedom at your disposal, which gives you plenty of room to experiment with gadgets your upgradeable home base can develop for you. The game keeps track of your methods, and not only awards you certain codenames, but also tracks your morality, which changes your looks a bit.

Stealth games are usually real-time, dynamic affairs. But there are outliers. One of them is Invisible, Inc, a turn-based stealth game about espionage, one of two titles developed by Klei Entertainment featured on this list. You have a small handful of agents to send a mission, and only three days to get ready for the final deployment in an attempt to save your organization from corporations. 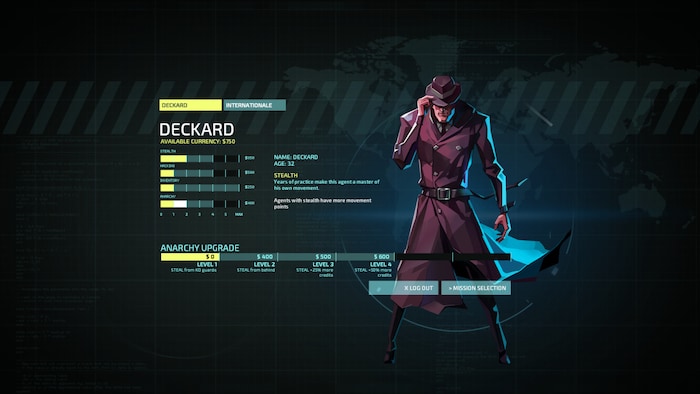 During each turn you have a few options, such as hiding, quiet elimination, or finding a way to deploy an AI to override security systems, all powered by action points. The missions are procedurally generated, which encourages mastering the abilities at your disposal instead of learning a level by heart. Making a turn-based stealth-oriented game is no easy task, but Klei managed with flying colors.

The Deus Ex series is set in a deeply cyberpunk world, with plenty of cybernetic augmentations, terrifyingly influential corporations, and transhumanist themes. The games tend to put you in the shoes of an augmented operative, who’s quite comfortable sneaking through ventilation shafts and quietly eliminating enemies. Open combat is always an option, but it’s highly lethal for everyone involved. 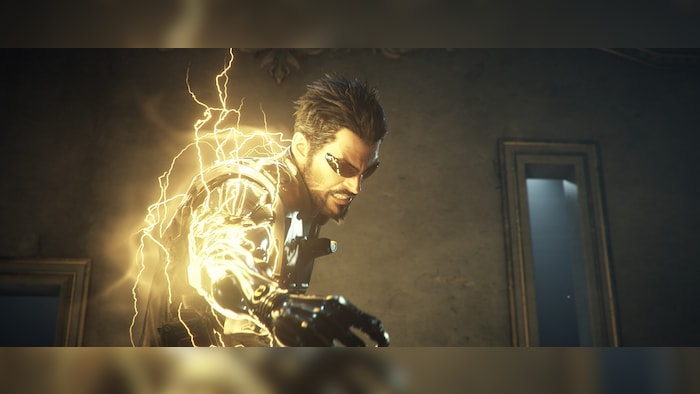 Whether you’re playing as JC Denton in the original Deus Ex, Alex D in DE: Invisible War, or Adam Jensen in the prequel dilogy you can expect immersive, interactive environments, many different ways of accomplishing your goals, and an engaging, science fiction story. There’s also more than a little of role-playing elements, including story-affecting dialogue and gameplay choices.

Mark of the Ninja is the second game by Keli Entertainment on this list, and it’s similarly uninterested in pursuing the traditional TPP action game format. As a result, it’s a 2D action game. It follows an unnamed ninja seeking revenge against a private military company for the near-destruction of his clan. Empowered by a mystical tattoo, he has his work cut out for him. 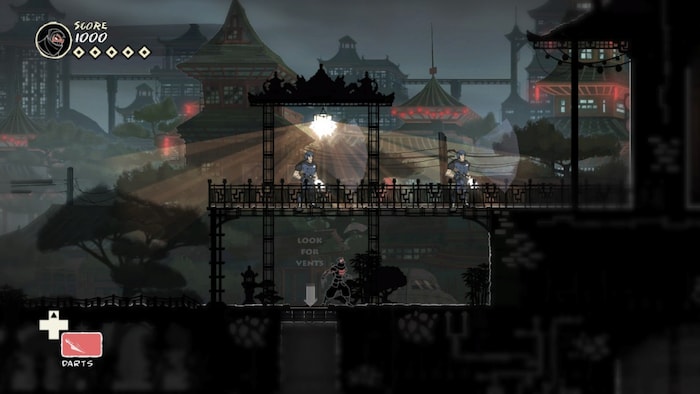 MotN is very keen on planning, which why you are aware of vision and hearing ranges of your enemies. You can also enter a focused state to chain certain actions in slow-motion before resuming normal time. The maps are pleasantly complex, and always feature optional challenges and secret areas to discover. It’s a fantastic, precise, challenging game with an amazing, distinctive art style.

Tom Clancy’s Splinter Cell is one of the best stealth series of all time, now unfortunately living mostly through fond memories. You’re playing as Sam Fisher, an exemplary agent of the Third Echelon, a secret black ops group within the NSA. Armed with excellent training, useful gadgets, and a sense of duty you’re going to sneak into dozens of locations over 7 games the series offers at the time of writing.

Splinter Cells deploys all the tricks expected of the genre, like watching for noise your actions generate, picking the right tools for the job, quiet eliminations, and more. Often you can also use enemies as living shields when necessary. Over the course of the series Fisher’s story encounters many dramatic twists and turns, always rooted in the political thriller fiction of the Tom Clancy brand.

Alien: Isolation leans heavily towards the horror genre, as it is a respectful spin-off from an all-time SF genre classic, but it also likes stealth mechanics a lot. You’re playing as Amanda Ripley, looking for her mother Ellen, at the time missing in space after the event of the first movie. The problem is that the space station she finds herself on has a big Xenomorph problem, and the alien in on the hunt. 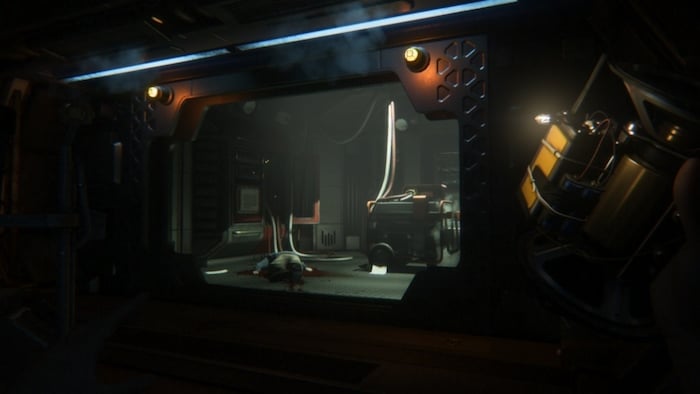 Although you won’t be entirely defenseless, the xenomorph isn’t impressed by most of your weaponry, so a better course of action is to hide from it behind barriers and in closets, trying very hard not to make any noise as the beast passes by. You can, thankfully, create distractions, which works also on the humanoid enemies you encounter along the way.

Shadow Tactics: Blades in the Shogun is rooted in the traditions of the Commandos and Desperados games. It’s an isometric, real-time tactical, character-based game set in feudal Japan. Although the main character is usually samurai Oshiro Mugen, as the story develops other characters join him, working together towards revealing the identity of a mysterious warlord known only as Kage-sama. 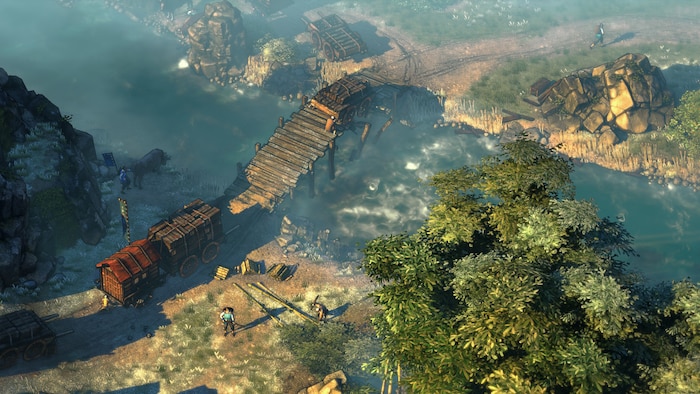 Each character has a different specialty, including sword mastery, setting traps, or using ranged weaponry, and the key to success in each given mission lies in utilizing them in an optimal manner. You have to stay cautious of your enemies’ cones of vision, hide the bodies you leave behind… Shadow Tactics is a perfect stealth game, which is quite challenging, but rarely frustrating.

Must have been the wind

This concludes our list of stealth games you should absolutely play if you haven’t yet. There’s a mix of science fiction and some fantasy, settings both historical and modern. Even a few interesting exceptions to the TPP action game style of stealth! Hopefully you’ve found something that attracted your attention. Or it might have been just your imagination.