Call of Duty is now considered the best war first-person shooter video games series of all time. But how the successful franchise started and what are the best CoD games?

For years players believed that EA Games ran the monopoly on first-person shooter games set during World War II. With their trademark series, Medal of Honor, Electronic Arts introduced the player to a completely new war game experience. The games led players through actual battles of the greatest conflict of the 20th century, employing a never-before-seen level of realism.

With subsequent installments only adding to the grandeur of the series, Medal of Honor seemed to be the quintessential WWII game. That is until 2003 when another FPS game made by a relatively small development team changed everything. That game was called Call of Duty.

Call of duty series began as a direct response to the success of Medal of Honor. In 2002, Electronic Arts released Medal of Honor: Allied Assault, believed by many to be the best game in the series. The same year saw the foundation of Infinity Ward, a 21-person development studio. Many of Infinity Ward’s employees were lead designers on the aforementioned installment of Medal of Honor, which meant that the subject matter of a World War 2 FPS game was nothing they could not handle. Lead by Vince Zampella, the studio began working on a new title, which would soon grow as the main competitor of Medal of Honor. Thus, the first installment of the Call of Duty series was born.

While the initial focus was put in the campaign mode, multiplayer was always a part of Call of Duty experience. It was introduced in the first installment of the series and improved on in the sequels. Multiplayer modes in the first three games were serviceable. Players could face each other in deathmatch, team deathmatch and capture the flag, among others.

Multiplayer mode in later installments, especially Modern Warfare and Black-Ops series was completely overhauled, introducing rankings and customization options. The positive reception of multiplayer mode quickly paved the way to the e-sports arena. Call of Duty World League is one of the largest online competition leagues in the industry. Made of several divisions, it hosts the best teams from across the globe. COD World League Championship event is one of the most popular Esport events, with viewership on Twitch.tv reaching over 7 million during the last year’s event.

The first installment of the series introduced some of the series trademarks: campaign mode with three separate storylines – American, British and Soviet.

Team-based gameplay, where the player could really feel like a part of a squad instead of a lone hero; and a rudimentary multiplayer, a mere prelude to what it would become in the future.

The sequel of Call of Duty followed closely in the footsteps of its predecessor while introducing several novelties.

Call of Duty 2 is the first game in the series that does away with the health packs. Instead, after taking severe damage, the screen will turn red. The player must then hide and wait before returning to combat. This mechanic remained with the series for many installments to come and is considered one of its main features.

The third and last installment of the original series, Call of Duty 3 brings together all the best parts of the previous two titles and makes them even better.

CoD 3 includes 4 story campaigns and a mode vastly improved multiplayer mode, which introduced more modes and several gameplay tweaks. This is the first Call of Duty game developed by Treyarch, and the only one to be console exclusive.

A gamechanger in the series. CoD 4: Modern Warfare introduces a completely new, contemporary setting and a total multiplayer overhaul.

Players can now compete in multiplayer modes to achieve ranks, which in turn grant different perks and customization options. The story campaign in CoD4:MW again follows several characters across conflicts spread around the globe.

As the plot thickens, loyalties are tested and secrets revealed, culminating in the fast-paced finale. MW 2 introduces the Spec Ops mode, which adds new missions with specific fulfillment conditions, which can be played solo or in cooperative mode.

An epic conclusion to the series. Modern Warfare 3 throws the player into an all-out war between the United States and Russia, in a race against time to stop the terrorist Makarov before the world goes up in flames.

The game improves on several aspects of the multiplayer mode and adds a new cooperative one. In Survival, up to two player fight against waves of oncoming enemies.

PAST, PRESENT AND FUTURE

Set in Pacific Theatre and the Eastern Front, Treyarch’s CoD: World at War breaths an air of cinematic action into the game, making the player feel they’re a part of an epic movie.

Aside from the engaging story, narrated by Hollywood stars Kiefer Sutherland and Gary Oldman, World at War offers the player a completely new cooperative mode – the Nazi Zombie.

From the Cold War to the future of combat, the Black-Ops series has it all. Engage the enemy in the jungles of Vietnam and streets of the cities of the future.

The series further develops trademark aspects of the Call of Duty franchise. Zombie mode makes its return this time with its own story mode. Black-Ops 4, currently the official game of CoD World League and is the first in the series to not include a campaign mode. 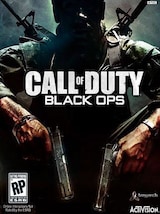 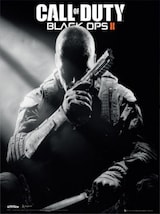 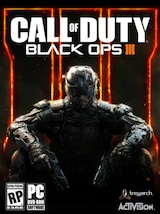 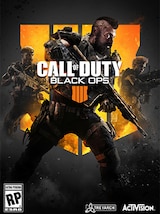 Squads is a new mode added in Ghosts where players can form teams of 10, comprised of AI or other players, and take on different modes, like squad vs. squad, wargame, and safeguard.

The first title in the franchise produced by Sledgehammer Games, Advanced Warfare introduced several changes to the gameplay, the main of which is an exoskeleton the player is equipped with.

It allows for new movement capabilities, like double jumping and dashing, as well as using it in melee combat.

Infinity Ward’s return takes the series into space. The new setting means new mechanics, and these include zero-G environments, with booster packs and grappling hooks to traverse them.

The game includes elements of aerial combat, with the player controlling a transformable fighter aircraft, the Jackal. Infinite Warfare includes usual multiplayer overhauls, like changes to class systems and new weapons to use.

In the newest installment, the series returns to its roots, bringing not only the WWII setting but also the health packs!

The game features several modes, like campaign, multiplayer and Nazi-Zombie, culminating years of the series’ ambitions with the best Call of Duty experience.

What’s next for the series?

Over the 16 years since its premiere, Call of Duty series has achieved what many games can only aspire to be. With more than a dozen of titles under its belt and one of the most popular e-sports leagues, there couldn’t possibly be anything more for the series to achieve. However, with its recent return to WWII setting, the Call of Duty franchise seems to be aiming for a fresh start, trying to draw in new players. The future of the series is all but certain, but one thing is for sure: as long as there are players enjoying a good FPS game, there will be a Call of Duty.