G2A.COM  G2A News Features Video games where you play as a Santa

For all the Christmas-themed video games throughout the gaming world, oddly enough there aren’t all that many games putting you in the warm, fuzzy shoes of Santa Claus, the jolly creep that sees you when you are sleeping.

Because of that, we’ve decided to highlight a few Santa-fronted games across several genres, because Santa cares little about genres and does whatever he wants.

Without further ado, let’s take a look at five games which had us participate in Santa Clause’s shenanigans.

Games where you play as Santa

You know, for all the joy he brings to the world like the jolly good fellow he is, even Santa’s patience has its limits, and he has to unwind from all the work. As anyone who remembers games built natively into Windows, Solitaire can be very relaxing. It could also put one over the edge, but it’s mostly relaxing. A perfect game for Santa to chill out with after a long day of herding elves, or whatever he does. 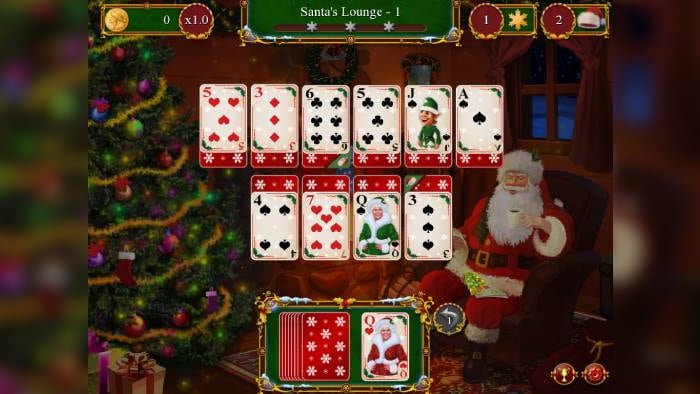 Going down in history as perhaps the least bad Christmas Special, this add-on to Toy Commander has you control Santa Claus using a jetpack to go about his business, because running is undignified. The regular Toy Commander has to take control of tiny toy vehicles and completing various task in a big house, or just taking part in races. But Santa Clause is no toy, he’s a toy master, so your job is very different. 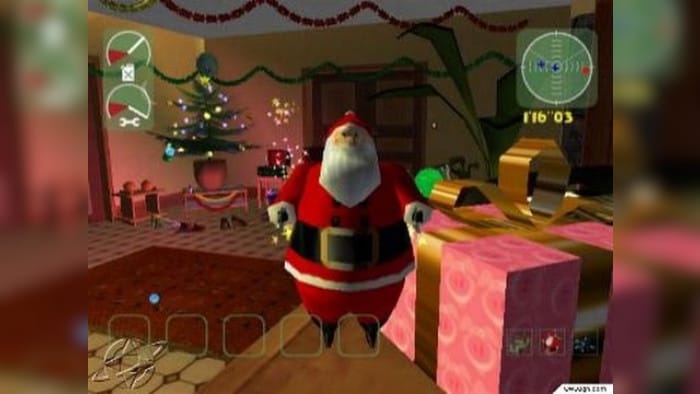 You’re still goofing around a house, but now not only is it decorated for holidays, jetpacking Santa flies around looking for displaced presents, probably because missing gifts are bad for his reputation. The game is now lost to time, unless you have a working Dreamcast and a demo disc that survived in good form since 1999. What we can do is keep the memory of this game alive.

Looking at Santa, you wouldn’t peg him as much of a jumper, but consider this: how powerfully must one jump to squeeze back up through a chimney? Santa Claus in Trouble realizes this, and that’s why it gives ol’ Kris Kringle the magnificent, legendary power of double jump. It’s going to be quite useful, too, because Santa Claus in Trouble is a 3D platform game through and through. 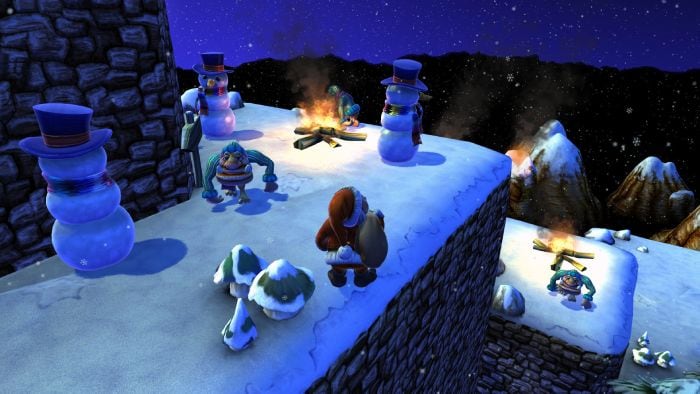 The premise is that Santa’s lost all the presents and has to get them back by navigating mildly complicated levels. Of course, to make things harder there are enemies roaming the maps, as well as various stationary and mobile obstacles. In 2020 it received an HD remaster, making this 2002 game much more friendly to modern systems and, even more so: modern players.

Santa Sling is an odd one on the list. It isn’t a sweeping action game, nor is it a platform game. No, this is technically a shooter: a VR title putting you behind a powerful sling Santa uses to deliver presents to a cozy village. It’s apparently more entertaining to him to just shoot the bikes and toys through a chimney, scoring extra points for putting gifts through hovering shiny rings. Who said Santa can’t have some fun too? 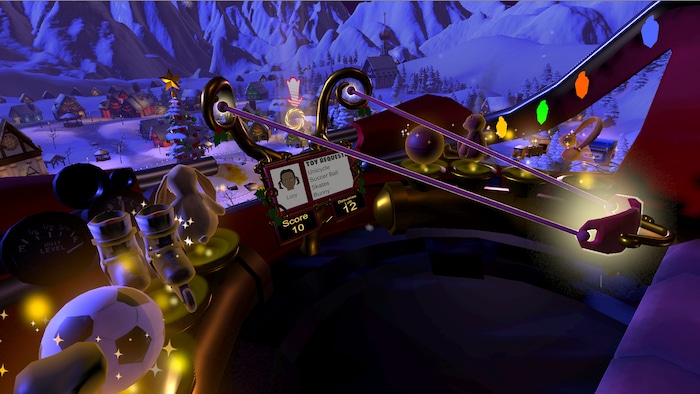 Of course, it isn’t just an artillery game. It would be a waste of VR potential if you couldn’t interact with the world in any meaningful manner, so every toy is a distinct model you can view at every angle before putting it in the sling. If you have a VR headset and controllers and to play something festive, Santa Sling might scratch that itch for a moment.

You know, after you’re done delivering all these gifts just in time for Christmas, why not pull out an electric guitar and just shred some jaunty winter and Christmas tunes? Santa can do more than belt out an operatic ho, ho, ho, and Santa Rockstar proves that he’s a killer guitarist. Or can be, depending on how well you are doing. 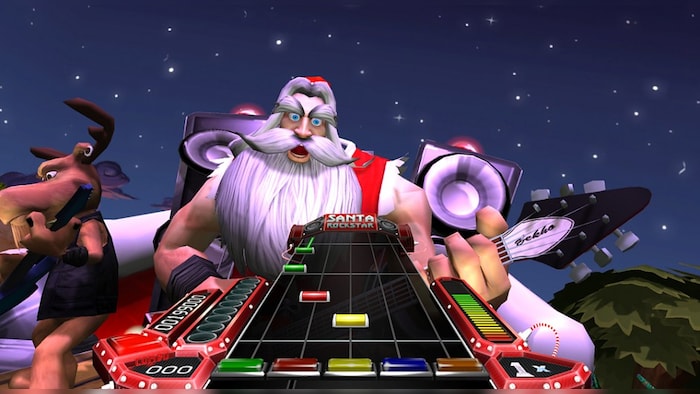 Santa Rockstar’s gameplay is very similar to Guitar Hero, with blocks sliding down five strings, synchronized with music tracks. As far as Quick Time Events go, this formula is always entertaining, and the illusion of playing the turns is very satisfying, especially once you get a nice streak going. If being a Santa who play rock renditions of famous songs sounds good to you, you’re in the right place.

This concludes our short of old and newish games which let you be the Santa either at work delivering presents and trying to save Christmas, or off duty, chilling out. Hopefully it satisfied your curiosity about the minutia of ol’ Kris Kringle’s daily life.