Firaxis Games’ Sid Meier’s Civilization series is quite deservedly considered as one of the best 4X strategy franchises in history. The series takes the player through the birth and development of the world’s mightiest nations – the Roman Empire, Ancient Greece and Egypt, Medieval Europe, etc. – with the goal being the conquest and flourishing of the player’s civilization.

So far, six installments have been released. Each new game in the series added new mechanics and new nations for the players to control. However, the latest installments – Civilization V and Civilization VI – introduced the most notable changes. Both titles have their strengths and weakness, but in this article, we’ll try to find out which game is better! Take a look at our breakdown of Civilization V and VI to decide which one you should buy!

The general gameplay features of Civilization V and VI remain typical to the genre it represents. 4X strategy games focus on exploring the world map, exploiting its resources, expanding the player’s area of influence, and exterminating any opposition. Both Civilization games meet these requirements in spades. The player supports their civilization by building cities, forming armies, exploring new regions, and defeating enemy forces.

Each Civilization game added something new to the gameplay features. Civilization V made leveling up units more difficult to make the players care more about their armies instead of treating them as cannon fodder. The player could now purchase social policies for culture points, making the culture-based victory condition more achievable. Winning based on world domination was also made more feasible since the player doesn’t need to dominate entire civilizations, only their capital cities.

In comparison, Civ VI made several improvements to the overall aesthetic of the series, building on the solutions implemented in the previous installment. The hex grid map introduced in Civ V could be decongested by limited unit stacking. Another new feature was a larger focus on scientific research and achieving victory through it. Cultural victories were made even easier thanks to expanded civics mechanics. Additionally, by completing certain civics, new policies could be unlocked and used to improve the players’ civilization.

Comparing the gameplay of Civ V and Civ VI, it’s clear that the latter had made bigger progress in terms of making the gameplay more accessible to the less experienced player, at the same time making sure that the veterans wouldn’t feel looked down upon.

In the battle of features that make the series one of the best 4X strategies, Civilization VI is the winner!

Civilizations are the key features of the series. Each civilization plays a little bit differently, offering different bottle strategies or cultural options. However, the player is given a choice to slightly alter the historical facts, focusing on developing branches of a given civilization that don’t necessarily match its real-world counterpart.

In terms of available nations, the definitive winner is Civilization VI. With a whopping 50 civilizations, it offers the largest roster in the series history. In Civ VI, the player will lead, among others: Americans, Canadians, the Chinese, Egyptians, English, Japanese, Spanish. etc. Each civilization has its own leader, who acts as the payers’ advisor (for example, Teddy Roosevelt for Americans and Cleopatra for the Egyptians). The civilizations also have unique traits, military units, and elements of infrastructure, which will help the player throughout their campaign towards world domination.

Both Civilization V and VI received various expansions and DLCs. Most of them included new nations and maps, as well as various new scenarios expanding the gameplay. Civ V received 14 expansions, divided into three DLC bundles – Cradle of Civilizations, Denmark and Explorer’s combo pack, and Korea and Wonders of the Ancient World combo pack.

So who wins in the Expansions and DLC departments? Is it Civ V with plenty of new civilizations but little to no gameplay improvements? Or is it Civ VI offering some interesting gameplay content backed with new maps and nations? Definitely the latter. Civilization VI expansions take the prize for offering a bit more than just new factions to play as.

While graphics and sound design aren’t necessarily the things that draw in the players of Sid Meier’s Civilization series, it’s worth mentioning that the latest two installments look and sound magnificent. Especially in Civilization VI, the graphics are a treat to look at since they make full use of the new game engine. Thanks to this new engine, the developers could implement various new visual solutions such as the day and night cycle. Seeing the world not only during the brightest day but also shrouded by the darkness of the night will definitely make for more immersive gameplay. 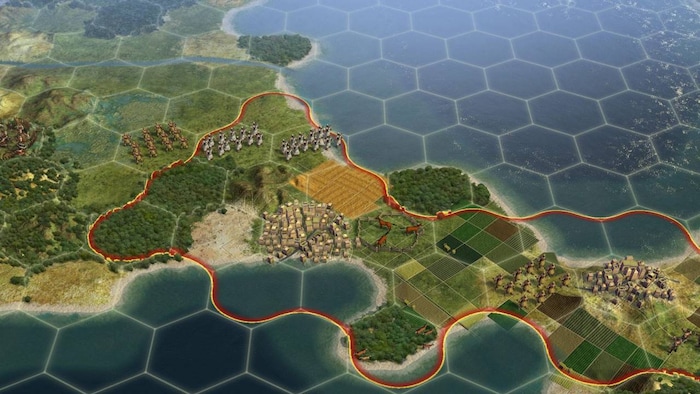 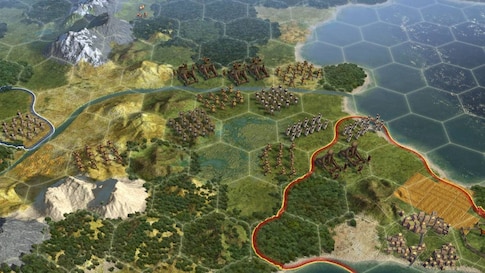 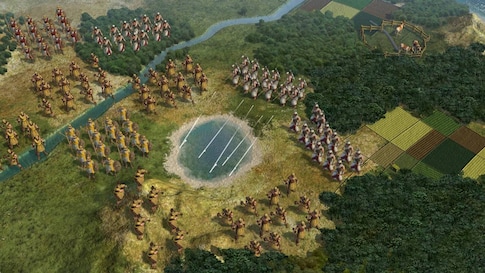 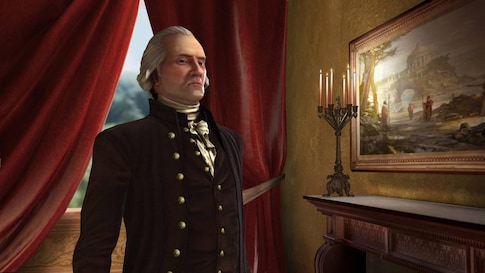 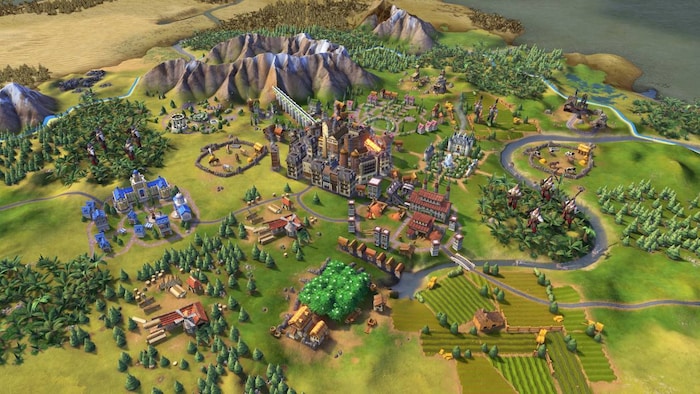 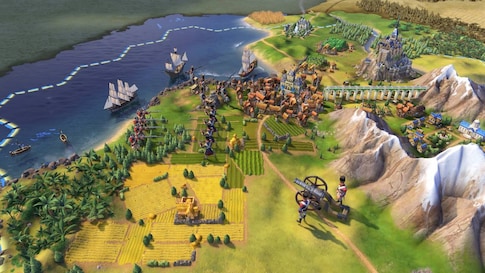 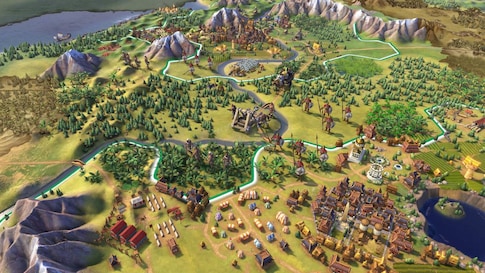 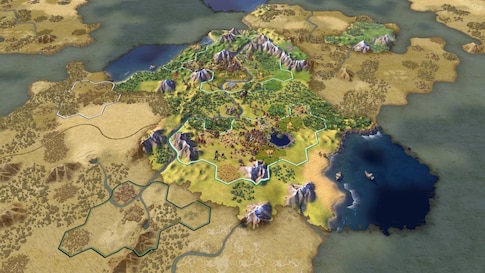 Civilization VI also wins in the sound department. The players get to hear all the sounds of developing civilization and hear the voices of its people, dubbed in the native language of each nation. Add to that the narration provided by the booming, older-than-time voice of Sean Bean and excellent theme song “Sogno di Volare,” created by returning composer Christopher Tin, and you have on your hands a definitive victor of the sound and visuals section of our comparison.

Both Civilization V and Civilization VI were met with highly positive reviews. The critics praised both games for their gameplay mechanics, innovations introduced to the series, and visuals. However, one of the discussed titles was reviewed slightly better than its rival. Despite all the visual sheen,

Civilization VI failed to impress the critics as much as its predecessor. You could argue that it was because many features of Civ V were brand new, and Civ VI only needed to build up on them. But the fact remains that both critics and players considered the newest installment of Firaxis’ series as rough around the edges and not free of bugs, which makes Civilization V the better title in this category.

It’s hard to reach a definitive conclusion, seeking how few differences between Civ 5 and Civ 6 there are. But from the mathematical standpoint, the sixth installment of the 4X strategy game is the better one.

It won practically every category, offering more nations, better DLCs, improved gameplay, and stunning visuals and sound design. However, it’s hard to say if Civilization V is necessarily the worse game. While it features fewer civilizations, it still has decent gameplay and beautiful graphics. So, having that in mind, we announce that the winner of our battle of Civilizations is Civilization VI, with a caveat that its predecessor is also an excellent game that you should give a shot if you have a chance.