The premiere of FIFA 20 proved the most popular sports simulation game series is still going strong. The new FIFA brings the best things from previous games and adds a few interesting features.  The players will be able to return to their favorite football simulation series, filled with new features and options, as well as the ones returning from previous installments. One of them is the FIFA Ultimate Team. In this mode, players will be able to play as a team made of the football world’s brightest stars, including the Lionel Messi, Cristian Ronaldo or Robert Lewandowski.

However, acquiring our favorite player will not be that easy. To get the footballer, the player will have to purchase packets. And to do that, they will need Points. What are FIFA Points, we hear you ask? Read below to find out.

Getting started – what are FIFA Points?

FIFA Points are the virtual currency of FIFA Ultimate Team mode.  With Points, the player will be able to unlock the contents of packets offered at the FUT store. The contents of the packets vary and may include anything from new kits to legendary football players. When purchased, the player can immediately open the packet to see its contents. The packets are divided by rarity and the higher the rarity of players in the packet, the higher the price.

Last but not least, FIFA Points can be spent in FIFA Mobile, the games mobile app version. The points in FIFA Mobile are spent exactly the same as in the main FIFA games – on purchasing new card packs.

One of the fastest way of getting more FIFA Points is purchasing with real-life currency at the FUT Store. The player can buy several different amounts of points depending on how much they are willing to spend. The player might want to consider purchasing more points because more FIFA Points means more chances at getting a rare player.

Another way of getting some FIFA Points is selling the players one already owns. The process is tricky and requires a lot of patience and good timing, but it can yield FIFA Points for the player to spend. The selling price of the player depends on their rarity, with the gold players going for the highest prices. However, the player should consider purchasing lower-rated footballers, marked silver and bronze. These low-grade players can draw hefty prices during Squad Building Challenges, which require specific players to be used.

Types of packs and how much points do they cost

FUT Store offers a multitude of different packs. These include Bronze, Silver, Gold, and varieties thereof. Some packs can only be bought on specific occasions, these are called Promo Packs. Each pack contains a predetermined number of player cards, including a few rare ones. Depending on the price of the pack it can carry from twelve to thirty cards, with one or thirty rares among them. The cost can range from 50 to 2500 Points, so the player should carefully consider their point balance before going for a risky purchase.

What are FIFA Points?

Where can I buy FIFA Points?

What can I buy with FIFA Points?

FIFA Points allow the player to purchase the card packs from the FUT Store. These packs contain anything from players to various consumables

How much are the FIFA Points?

Can I exchange the FIFA Points for coins?

Unfortunately, the FIFA Points can only be used for purchasing FUT card packs

Can I carry over my FIFA Points from one installment to the other?

A backward transfer is not supported. However, the player’s FIFA Points will transfer from the previous installment to the next one.

Where else can I use FIFA Points?

Outside the FUT mode in the game, the player can purchase and spend FIFA Points in the FIFA Mobile app

With that, you are primed for operating on the FIFA Points. The EA’s virtual currency is very easy to acquire and if you play it right, you can make a lot of points without losing any of your real-life money. Points offer a lot of opportunity of making your FUT experience as good as it can possibly be. With a lot of card pack varieties available for a reasonable price, you can gather your dream team and take them to the online stadiums, facing off against other football enthusiasts from across the globe. 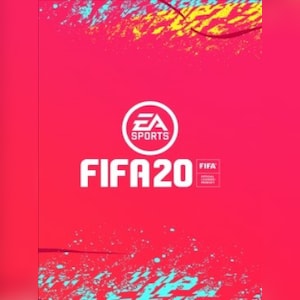