The upcoming season arrives with a brand-new part in the legendary management simulator series – Football Manager 23. And as always, the official release of the new installment arouses visible excitement among loyal fans of the title. But is it good enough?

Each following part of Football Manager introduces minor changes and solutions to the proven gameplay. This time, Sports Interactive decided to leave the essential core of the game and focus on necessary changes to its background features. But are these modifications for the better? And is it worth buying FM 23 if FM 22 was and still is an immensely successful video game? Let’s check it out! If you are curious about what changes have appeared in the new installment, welcome to the ultimate Football Manager 2022 vs Football Manager 2023 comparison!

The Football Manager series delivers vastly realistic gameplay, allowing you to play as a professional manager of a successful football club. With this honorable title, come many engaging responsibilities, like training, planning finances, player transfers, and developing detailed tactics for the upcoming matches. The goal is success, fame, and money. Football Manager 22 presented many revolutionary changes: Data Hub, weekly meetings of the training staff, and a fundamental change in the Transfer Deadline Day. The title also introduced a refreshed audiovisual setting, guaranteeing a realistic experience of adrenaline-fueled gameplay. So do the series require more noticeable improvements? As it turns out – yes. Especially regarding slight details that are not as vital to the entire game but can be a thorn in the side for immersion enthusiasts. So let’s move on to new features! 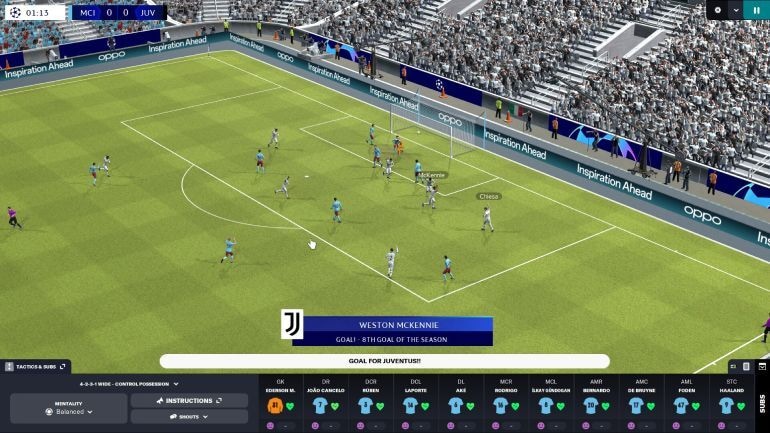 In FM 22, fans decide their fate. For the first time in the series, Sports Interactive introduces an extensive relationship with the club’s supporters. Now you can monitor their satisfaction with your work and check the general levels of their motivation and preferences. Nobody examines the team’s work as well as the crowd in the audience – especially if they can use social media to express their independent views. So now it’s better to meet their specific expectations. Especially, since fan delight may be the only thing guaranteeing you more luck in case of any possible mistake.

Another tremendous surprise in Football Manager 23 is the introduction of licensed competitions hosted by UEFA: the Europa League, the Champions League, and the Europa Conference League. Get ready for realistic graphics, full-screen cup draws, and a unique atmosphere guaranteed by the official anthems. Each match will now be accompanied by UEFA branding, taking your favorite gameplay to a new level of unforgettable fun. If you are looking for real immersion that will take you to the fascinating football world – this is your perfect choice. 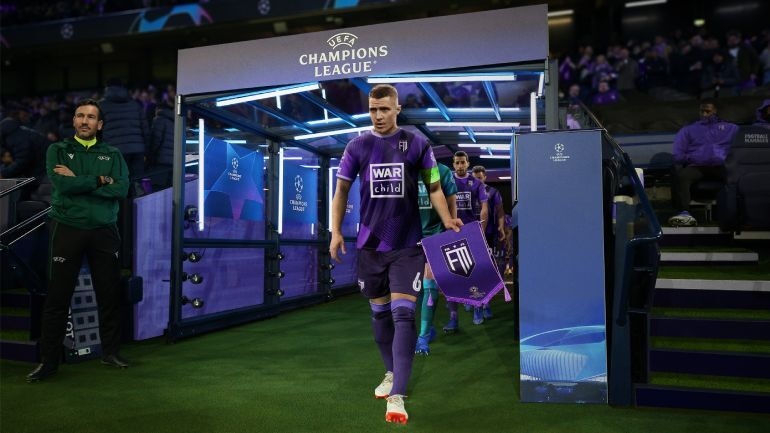 There is no club management without advanced scouting. To further simplify the rewarding process of discovering new football stars and designing an effective strategy for the future, FM 23 introduces a squad planner, replacing the previously known squad depth. Now you can divide the players into four independent groups according to their abilities and career advancement. It also allows you to simulate the possible future team formation by including players in the team before the investment. This feature enables completely new, revolutionary methods of planning squads and tactics for tomorrow. 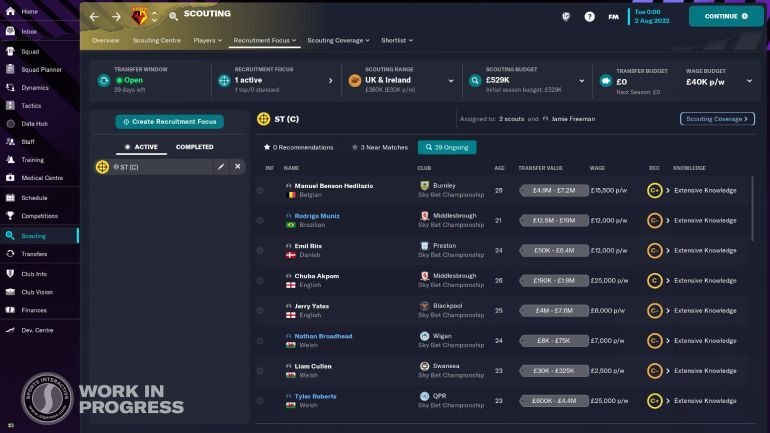 And that’s not all! The improved scouting introduces better filtering of potential players. You can customize the search options to make Scouts look for team members with highly detailed statistics. Upgrade your talented squad with players representing unique talents, like scoring many goals in one match. Scouts will also submit reports and recommendations that will make the search process much more enjoyable than in Football Manager 22 or previous installments in the series. It may also happen that a potential player meets only three of the four established criteria. Then he will be placed in the Near Matches database, so you can consider adding him to the squad later.

In the previous installments, both of these features lacked some content. FM 22 introduced the option of asking the agent for availability before a possible transfer. But in FM 23, before adding a player to your team, you can negotiate the price to lower his unreasonable demands. Planning tactics for the future also becomes much more fun, thanks to dynamic recruitment meetings.

It is not a massive innovation, but still – a change for the better. As many fans of the series play on low-end PCs, the developers decided to implement minor improvements to the players’ animations – especially goalkeepers. Get ready for highly realistic one-on-one actions or spread blocks. You can also expect a lot more life-like action in the midfield, thanks to improved AI and smooth 3D animations that perform much better than in Football Manager 22. 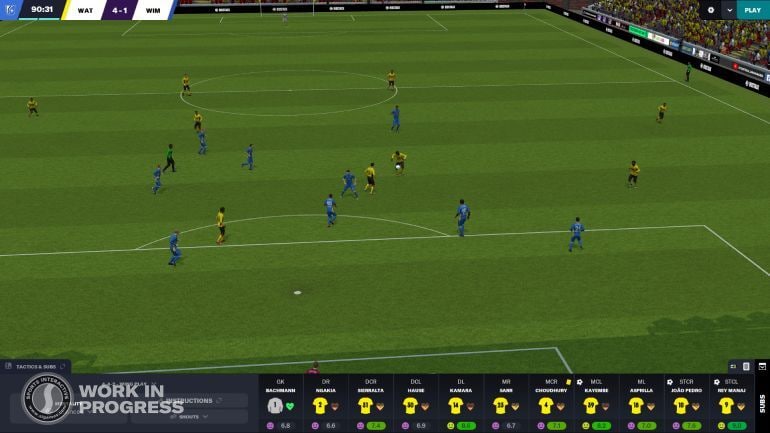 It is more of a cosmetic extra than the actual gameplay feature that you can use to recall the most memorable moments of your brilliant career. In the manager timeline, you will find not only breakthrough moments from the past but also all the minor changes to enjoy the development of your club and career for long hours of satisfying gameplay.

When it comes to the Football Manager series, the rule is simple – each subsequent installment is slightly better. Each year, developers make small and accurate decisions on the changes, which guarantees a successful purchase every time. In this comprehensive comparison, Football Manager 23 fares much better. Improved AI, match engine, scout work, and relations with fans are crucial for the overall gameplay experience. Now you can witness realism like never before and implement more action strategies to achieve your ultimate goals and lead your team to success. Also, this title is a perfect recommendation for those who have never played Football Manager. FM 23 features extensive tutorials, introducing new players to every aspect of managing a professional football team. So whether you are an experienced player or a complete newbie, Football Manager 23 will be an excellent choice for the upcoming football season.