Despite being quite a hermetic genre, 4X games hold strong, drawing in more and more players interested in expansive worlds and complicated strategy mechanics. The most popular titles in the genre are, of course, Paradox Interactive’s Civilization games.

The series has mastered the art of bringing the player complex gameplay, combined with a wide range of paths the player can choose to achieve victory. If you’ve played all the titles in this classic 4X RTS series and are looking for something new to sink your teeth in, then we believe that our list of games like Civilization is just for you.

Let’s take a look at the best Civilization-type games, ones that offer the player a chance to test their strategic thinking and diplomatic prowess.

We begin our list with an absolute champion among the games like the Civilization series. Stellaris takes everything Civilization games are known for – including an expansive world map and complex strategy gameplay – and cranks it up to eleven, sending the player on an epic quest of galactic domination. 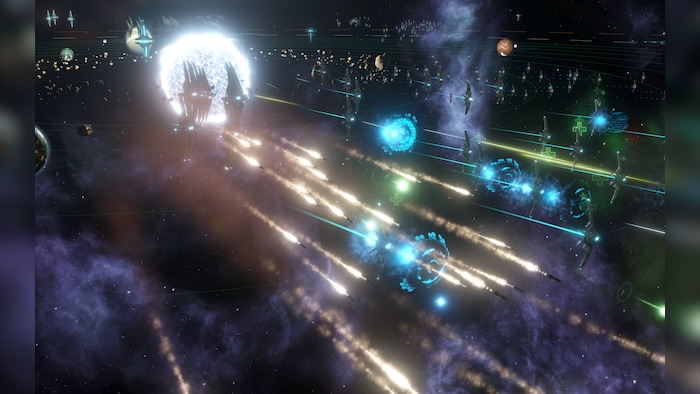 Stellaris is known for its many, many expansions and DLCs, which add new content, expanding the already big game to exorbitant sizes. Thanks to them, the player will be able to explore new worlds, participate in exclusive events and play as a brand new race. The game draws inspiration from various sci-fi themes allowing the player to experience a full range of exciting adventures – from exploring ancient ruins of forgotten worlds to creating a hivemind society, where discord and dissent are songs of the past.

Stellaris received positive reviews from critics and was praised for its gameplay and design.

Contrary to what the title would have you believe, Europa Universalis IV doesn’t focus solely on the old continent. Throughout the gameplay, the player will be able to control one of 500 nations located all over the globe, including places like parts of North America, Africa, and Asia. 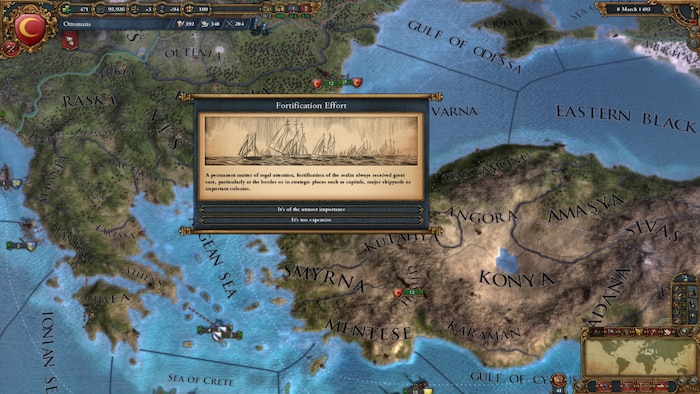 The key gameplay mechanics of EU IV are similar to those in Civilization games. The player leads the nation of their choice through history, starting in the late Medieval period and ending at the dawn of the 19th century. The game focuses on exploring the land under the player’s control, gaining resources to expand the state. Interacting with other nations is done through diplomacy, espionage, or war. The player decides which path they want to follow, establishing their nation as a military superpower of a diplomatic haven.

Europa Universalis IV was praised for its graphical improvements and expanded gameplay mechanics.

Total War: Three Kingdoms takes the player to the world of warring Chinese states, offering them two distinct looks at the historical events that shaped the country in the early Middle-Ages. 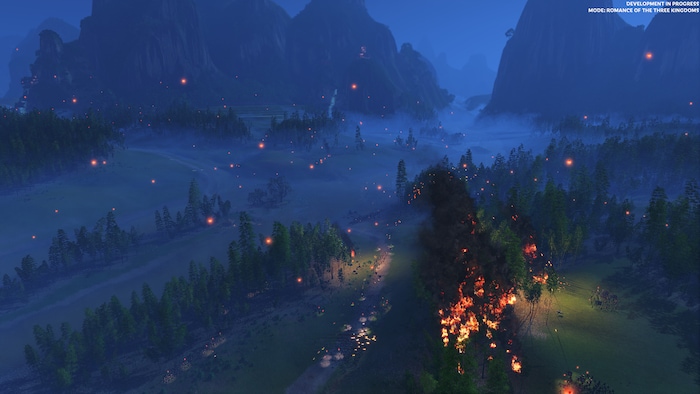 TW: TT received positive reviews from the critics, who praised the title’s improvements in its gameplay mechanics.

In a way, Galactic Civilizations is a game very similar to Stellaris, if only a little older and less polished. But its simplified design doesn’t detract from complex gameplay, balancing various interesting mechanics. 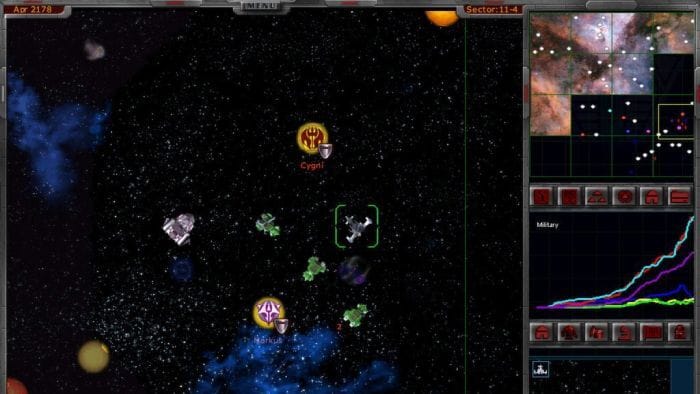 The player of both Civilization and Stellaris will immediately recognize the gameplay style of Galactic Civilizations. The exploration and expansion among the stars, dealing with opposition through diplomacy or war – all these mechanics are present in Stardock’s game. Exploring new worlds and gaining its resources to improve your civilization of budding spacefarers will be crucial to making it to the end of the journey, which can be achieved in several ways, depending on the player’s choices. The fans of classic 4X games will definitely be pleased with this humble but still excellent title.

The game was praised by the reviewers for its engaging gameplay and advanced A.I. mechanics.

While the previous games in the AoW series were set in fantastical words dominated by monsters and magic, Planetfall takes a drastic turn towards a sci-fi setting. In a world where the intergalactic government has collapsed, various factions fight for control over what is left of it. The player chooses one of them and leads it towards victory. 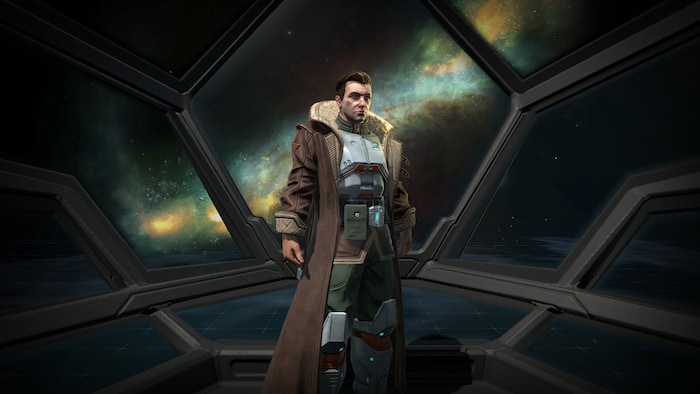 Age of Wonders: Planetfall blends the elements of EU and Stellaris, making for an interesting option for the fans of 4X games. It borrows the sci-fi setting from the latter and the grounded conquest mechanics of the former. Planetfall features several distinct factions, including the robotic Assembly, dinosaur-riding Amazons, and mercenary-like Vanguard. Each faction has its strengths and weaknesses and offers unique mechanics and victory paths. The game is set in a procedurally generated map, featuring various biomes and environments.

Age of Wonders: Planetfall was met with a positive critical reception.

Another game set in a fantastical world of magic, Endless Legend allows the player to build their Empire and lead it to victory in the campaign by completing various objectives. 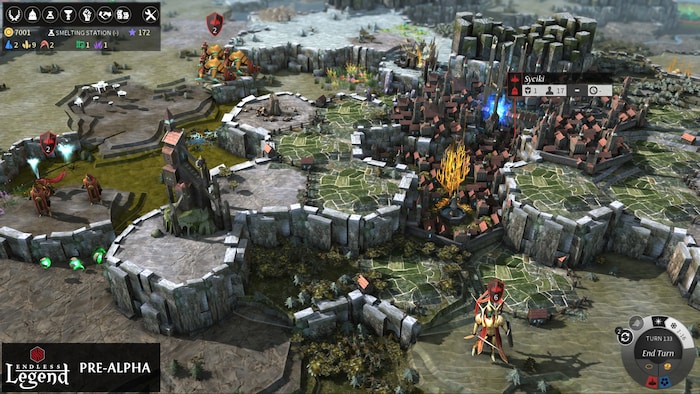 As in the Civilization series, the player can achieve victory in various ways. Completing faction quests, conquering territories, gaining diplomatic or economic superiority – these are only a few methods of finishing the campaign of the game. EL offers the player a choice of various factions – each representing different fantasy and sci-fi tropes, such as wizards, space commandos, nomads, knights, etc. Each of the factions is unique, offering the player varied playstyle opportunities during the campaign.

Endless Legend was praised for its story-driven gameplay, blending the best elements of RPG, RTS, and 4X games.

Fans know the Warhammer 40,000 series as a classic representative of the real-time strategy genre. With Gladius – Relics of War, the series enters the uncharted waters of 4X turn-based strategies. 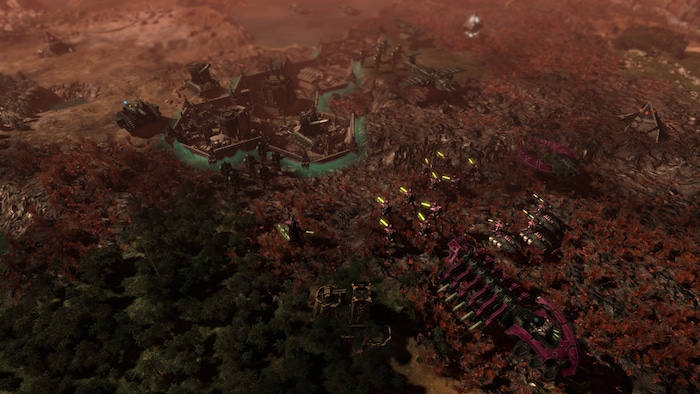 In Gladius – Relics of War, the player assumes control of one of four factions vying for control over Gladius Prime – a once peaceful planet now being torn apart by war. The game offers the player control over the classic Warhammer 40,000 races – Space Marines, Orks, Astra Militarum, and Necrons. Gameplay-wise, Gladius – RoW follows a similar pattern as Stellaris and Civ series, allowing the player to build their empire, engage in politics, diplomacy, and war, and expand their influence and strength. This game is the perfect title for the fans of 4X strategies and the fans of the Warhammer 40,000 series looking for something a little bit different.

Warhammer 40,000: Gladius – Relics of War was received very positively by the critics and players alike.

If you ever wanted to form your won dynasty and lead it to prosperity over other noble families, now is your chance. Crusader Kings III offers all that and more thanks to upgraded gameplay mechanics. 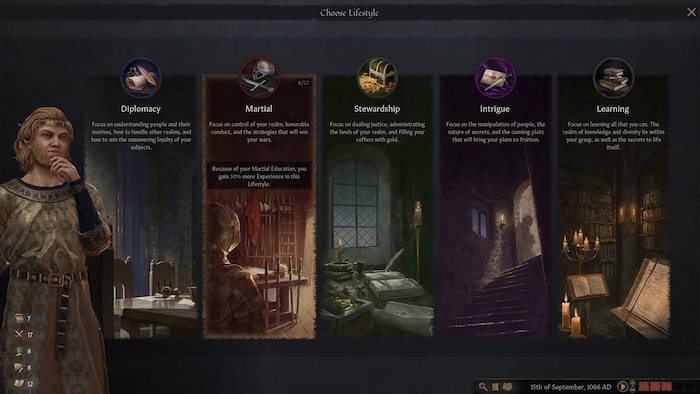 The third installment of the Crusader Kings series gives the player all the options of the previous games, at the same time introducing various new mechanics. One of them is the new resource, called Renown. Using Renown, the player can assert dominance over their dynasty, forcing them to make choices in line with the player’s decisions. The player should be careful – making decisions against the characters’ beliefs may increase their stress and lead to unexpected outcomes. As in the previous games, the player can select various lifestyles for their characters, which unlock different skill trees and follow different religious doctrines.

Crusader Kings III was met with universal acclaim from the reviewers.

While Tropico 6 isn’t a 4X game, it offers various gameplay features that the fans of Civilization games should find intriguing. As the leader of a small Caribbean nation, the player will have to do what’s in their power to make it flourish. 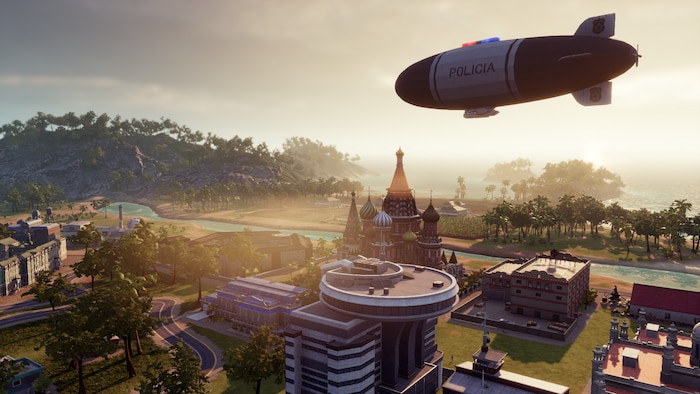 In Tropico 6, the player is tasked with managing various elements of their island’s functioning, including building roads, accommodation, workplaces, etc. Creating more advanced structures increases the countries development level, which allows further expansion. Throughout the game, the player will experience various periods in their island’s history, such as the Colonial era, World Wars era, and so on. Each period offers its own challenges and rewards. A new mechanic in the game is the system of archipelagos – the player can create a set of smaller islands around their main one and connect them by bridges, providing more land for exploitation.

Tropico 6 was met with solid reviews from the critics.

Warlock - Master of the Arcane

Last but not least, we present Warlock: Master of the Arcane – a 4X title where the player takes control of a Grand Mage, commanding armies of men, monsters, and other creatures. The game shares many similarities with the Civilization series, with tile grid-based map being the main of them. 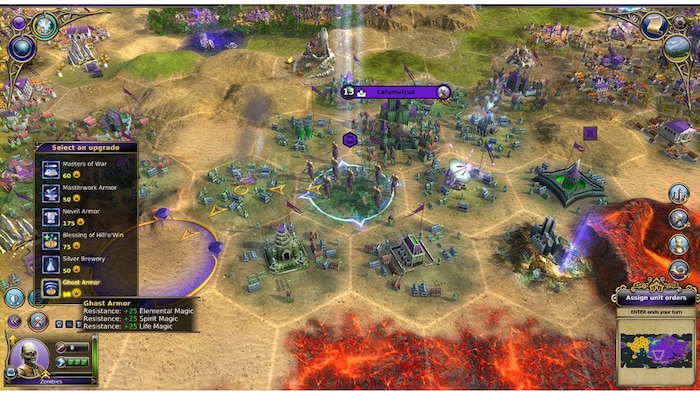 Other common features of the Civ series and Warlock boil down to the characteristics of the 4X genre both of these games belong to. The player builds cities and units, spreading them on the hexagonal grid map, defeating and conquering more land as they progress. The player can choose one of three factions to lead as a Great Mage – humans, monsters, and the undead. Each faction is unique and plays differently than the others. While initially the player is limited only to the units of their starting race, conquering cities belonging to other factions grant access to their units. This allows for blending the player’s forces into different combinations of warriors, merging their tactical strengths.

Warlock: Master of the Arcane was met with a positive reception.

Warlock - Master of the Arcane

Many Civilizations to build

Though our list is far from being complete, it gives you a taste of what you can expect from games similar to the Civilization series. Whether they share particular gameplay mechanics, visual style, or other features, these games will provide you with hours of tactical fun. Fans of various settings – historical, sci-fi, and fantasy – will find something for themselves on our list. If you’re one of them, go ahead and try out one of these titles – we are certain that you’re going to have as much fun with them as you would with Civilization 6.