G2A.COM  G2A News Features Games to Have Fun if You Like Danganronpa

When Danganronpa heroes fall into Monokuma’s bear traps, the same happens to the players. Because this game is addictive like no other, offering a masterpiece experience from the very first second.

Riddles, murders, suspicions, and cute teddy bears – this is Danganronpa in its brief part. This unique Japanese video game hides many gameplay features that are hard to describe without giving away some spoilers. One thing is sure – even players who have never been fans of visual novels or detective horror games love it. For what? For a badass style and a smart story that surprises at every step. Have you had fun playing Danganronpa, and you don’t know what to do with your life next? We got you something special!

Here is a list of the best video games similar to Danganronpa!

Just like all Danganronpa games, this title is also a visual novel death game, where several heroes fight to survive and discover secrets. If you loved Danganronpa, The Zodiac Trial is all you need! 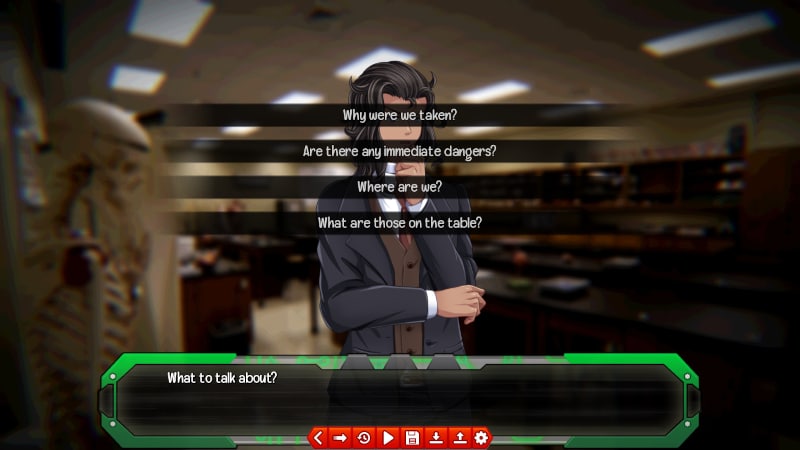 Get ready for the most challenging trial of your life! Join a group of heroes faced with the complex task of solving a series of deadly puzzles. Get ready for crazy traps, numerous secrets, and betrayal. Trust others and cooperate or play as a lone wolf and ensure yourself a victory. It is a game where you can play thirteen scenarios and see over fifty different endings!

It is an adventure detective video game about one of the most famous lawyers in the gaming world. Play as Phoenix Wright and defend your clients to discover the truth! 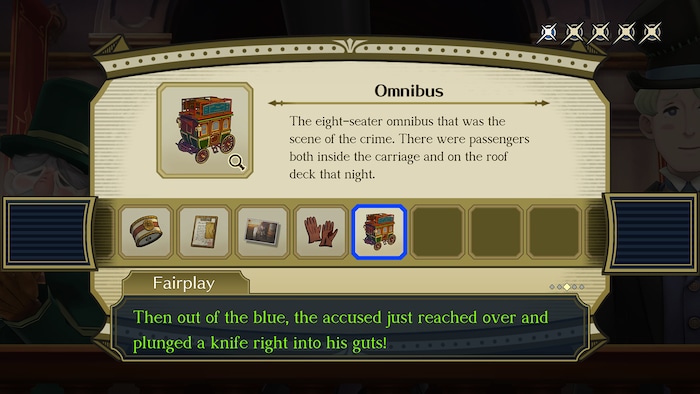 Like Danganronpa, this series is a visual novel full of secrets where you can enjoy your wits. Meet your clients, examine the details of their cases, collect evidence and draw conclusions. And once you have a clear picture of the situation, shine in the courtroom as the most brilliant lawyer ever!

While Persona is a fantasy role-playing game, this title also features a series of mysterious events, secrets, and engaging elements of school life. With a pinch of combat and mythology! 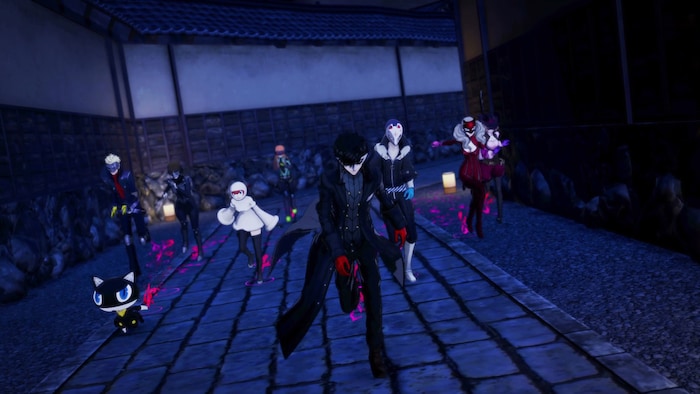 Persona is a series of stories about heroes who travel between worlds. Their task is to combine everyday life with unraveling dark secrets hidden in an alternative world. If you are looking for a game like Danganronpa, but with a slightly lighter atmosphere and engaging fantasy elements – play the Persona series!

If you are into games where a crazy psychopath lures you into a maze of traps, Zero Escape will meet your expectations. It is a visual novel adventure where your life will be at stake! 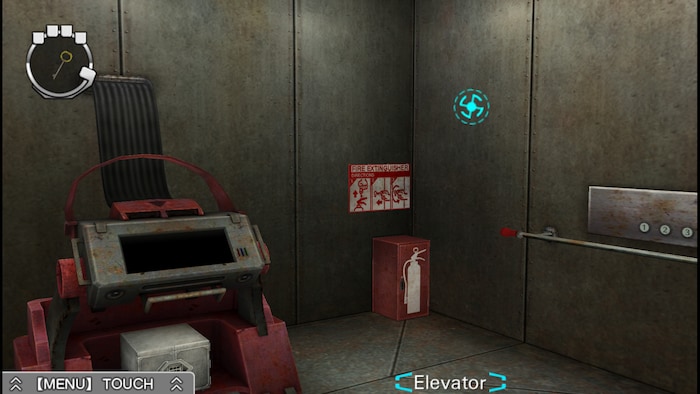 Play as one of the heroes solving deadly traps prepared by the mysterious Zero. Make decisions and follow the plot to find your way out of a series of bizarre rooms. Prepare for cooperation, quick choices, and no mercy for the weakest. Can you solve the mystery of each location? And will you be able to identify the psychopathic Zero?

Is there anything more important than national security? Join the innovative Orwell program and see for yourself by monitoring people’s online activities. 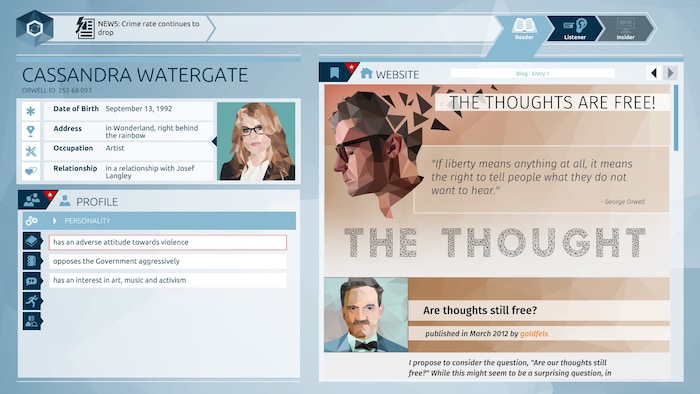 Orwell needs you! Join the program as a system operator responsible for tracking suspicious terrorism-related behavior. Browse news, read social media posts and gain access to personal documents. Talk in chat rooms and get more and more information to report to the system. But remember – any action can have serious consequences. Keep an eye on everything, so no one has to keep an eye on you.

It is an adventure detective video game perfect for fans of Agatha Christie’s works. Play as Hercules Poirot himself and solve the case of a serial killer who threatens the entire Great Britain. 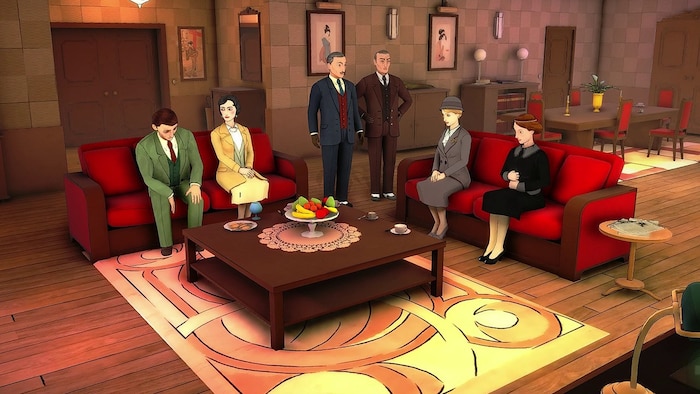 When the mysterious ABC leaves more victims behind, your task is to catch the murderer at all costs. Lead an investigation, explore cities, talk to witnesses, and collect clues. In this story, anyone can be a murderer, and only your insight and born intellect will be able to help you solve this dark mystery.

Welcome to a series of adventure games where you will discover a whole bunch of engaging puzzles. Play as Professor Layton and lose yourself in solving the most challenging mysteries with your assistant at your side! 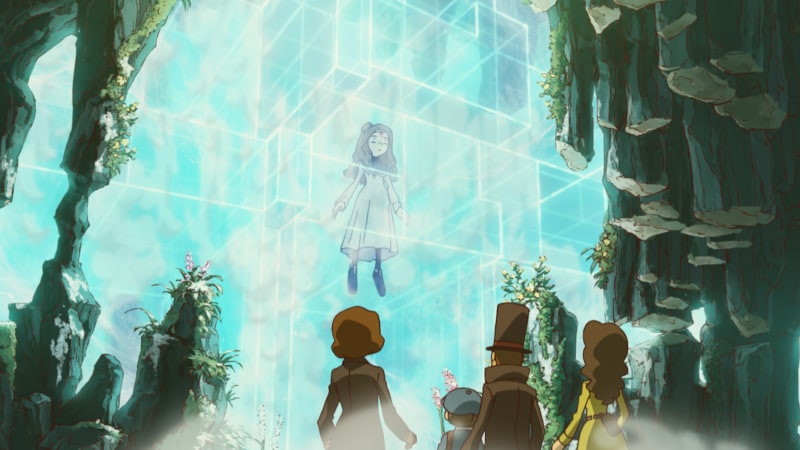 The Professor Layton series is a recommendation for adults and younger players, presenting the adventures of a genius scientist. In each part, you will face a series of complex puzzles and discover extraordinary places. Like Danganronpa, this is a title for logic-oriented players.

It is a Japanese visual novel adventure from the creators of Danganronpa, set in technologically advanced Tokyo. Play as Kaname Date and investigate the mysterious merry-go-round murder. 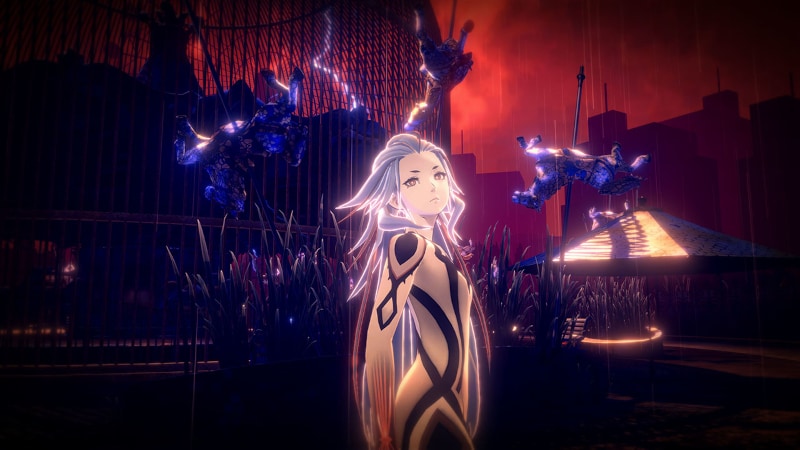 A murder in an abandoned amusement park is just the beginning of your dark adventure in a world of dreams and reality. Examine a case and use your unique skill to enter the minds of witnesses. Explore, gather evidence, collect clues, and discover other characters’ motives. It’s a game where anyone can be involved in a murder.

Where puzzles are, there must be Sherlock Holmes. Discover the origins of the legend of a young detective and venture to a Mediterranean island to find a plot that may affect your future.

When young Sherlock returns to the island ten years after his mother’s death, he discovers that this delightful place deals with some issues. Learn the mystery of your mother’s death and find out what happened to the Holmes house. Explore, chat with locals, and gather clues. This game is a real challenge for fans of Danganronpa puzzles!

Is life ruled by destiny or by you? Play Steins;Gate and discover this truth as you immerse yourself in an inspiring story about manipulating time! 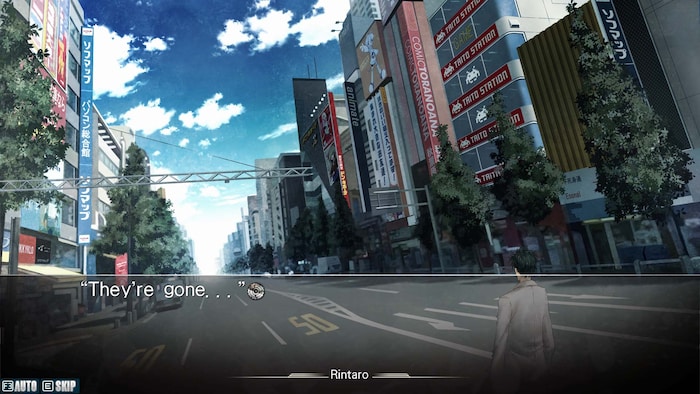 Play as Okabe Rintaro, a student who considers himself a brilliant mad scientist. But when one of your inventions starts working, weird things begin to happen. As you will soon discover, every choice can have serious consequences, and the lines between the present and the past are blurred.

Nothing boosts the imagination like detective stories. Full of charismatic heroes, deadly traps, and challenging puzzles that determine the outcome of the entire adventure. In some, you can easily enjoy a series of relaxing puzzles and explore the story at your own pace. But games like Danganronpa will squeeze you like a lemon. And, according to Reddit, the latter is definitely better. When your life is at stake, and you are surrounded by people with unknown motives – this is the best time to be alive!