Fast-paced action, challenging difficulty level, and countless demonic hordes waiting for their turn to be obliterated by the iconic BFG9000. Doom undoubtedly defined the FPS genre and influenced entire generations of new games.

It spawned many clones, and it even gave life to numerous sequels and spin-offs, including Doom from 2016 and Doom Eternal from 2020. Although Doom is quite a unique game, there are some alternatives to be considered if you’re looking for a similar experience.

Epic and Gory FPS Games like Doom and Doom Eternal

Check out the best games like Doom 2016 and original Doom and pick your favorites.

If a terrifying atmosphere is what you’re looking for, you should try Painkiller – a game about fighting for salvation. Painkiller and Doom have some things in common – the game puts emphasis on exploration, slaying demons, and surviving in a hostile environment.

It was designed in a way that’s meant to scare you from time to time, and it does its job well, especially if you’re playing it alone at night. Gameplay-wise, Painkiller stands out from the crowd of similar games due to gigantic bosses and unique, well-designed weapons that usually have two alternate modes of firing.

Wolfenstein’s legendary status is comparable to the one of Doom’s, so it’s only natural to include it on the list. There are many fantastic games in the Wolfenstein series, and Return to Castle Wolfenstein from 2001 is definitely one of them.

The game combines the realistic setting of the Second World War with some fictional elements, including twisted creatures, zombies, and purely fantastic prototype German weapons. Enemies can usually be dealt with by using stealth techniques or going all in and shooting down everything that moves until it stops. The game is best known for its multiplayer features, and surprisingly, you can find people to play with even today.

One of the Quake games would also be a nice alternative to try if you loved the Doom series, although it’s hard not to notice some important differences. 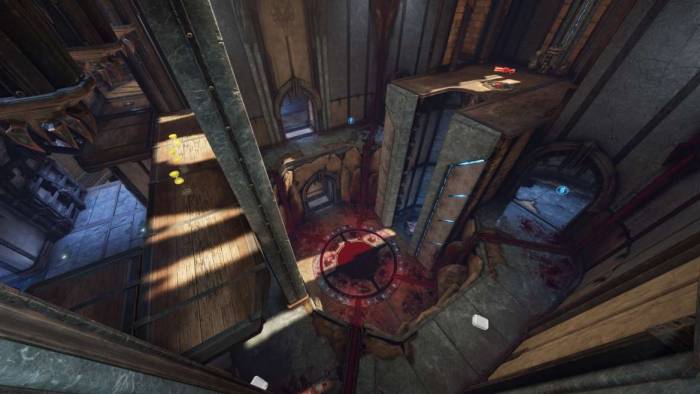 Quake 3 or 4 will be a perfect game to try, especially if you liked Doom’s brutal nature. It focuses on the alien cyborg race known as Strogg that happens to be a bunch of not the friendliest fellas out there, to say the least. It’s a game that will surely satisfy your needs to spill excessive amounts of blood, but keep in mind that the game’s setting is more sci-fi-oriented, rather than the mythical demon-based one we know from Doom.

Serious Sam should also be mentioned on the list, especially if you are tired of Doom’s dark and sometimes overwhelming atmosphere. When talking about Doom like games, one can’t forget about Serious Sam, which takes a little more ridiculous and humorous approach to the FPS genre. And why not?

Games are meant to be fun, so why not having a little laugh here and there while eliminating a freshly spawned wave of demons, when you suddenly notice some funny pop culture reference? It’s worth noting that the game received an HD Remake in 2009, making it possible to enjoy the experience on a number of new consoles, including Xbox One, PlayStation 4, and Nintendo Switch.

Maybe Crysis is not as dynamic and violent as Doom, but it’s still a worthy mention if you’re looking for an alternative. Crysis was a revolutionary game and it stands out even today, thanks to its advanced game engine. 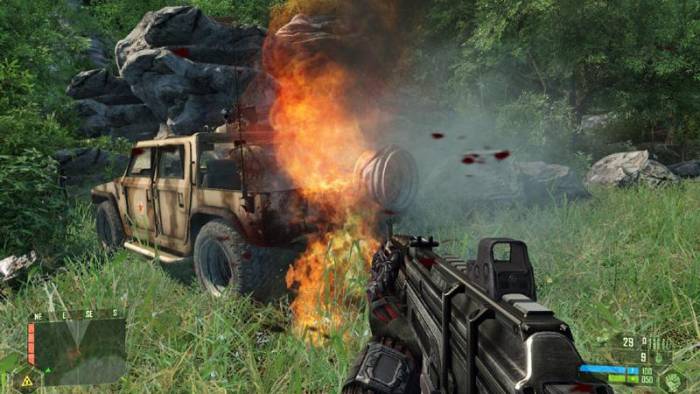 The game offers a destructible environment, which, even by today’s standards, is not something you see in every first-person shooter. You can, for example, destroy trees or throw barrels at makeshift shelters to destroy their walls and prevent enemies from using them as cover. Or you can throw said barrels directly at your enemies and kill them without wasting ammo. The game still looks amazing, even after all these years, and there is also the Remastered edition available if you wish to play it on newer consoles.

If you prefer a game that’s more modern and more like Doom Eternal rather than the original one, Metro Exodus should do the trick. Metro Exodus is set in a post-apocalyptic environment, somewhere near the Russian and Kazakhstan territories. 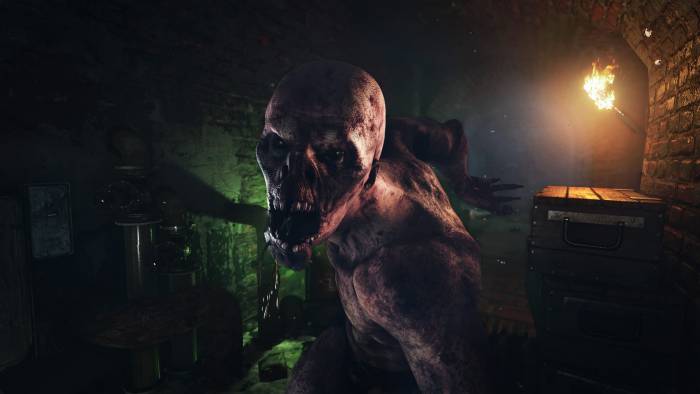 Just like Crysis mentioned above, Metro Exodus is not a very fast-paced game – its survival horror nature favors a stealth approach, but direct combat is also possible and viable. What makes the game fun, besides giving us the opportunity to happily eliminate countless mutated creatures, is its crafting system that allows players to customize their hand-made weapons to suit their needs best and adapt to different scenarios during the journey in the nuclear wasteland.

Doom defined the entire FPS genre and influenced many future games. It’s not uncommon to see certain solutions used by the Doom series in modern titles, and it probably won’t change anytime soon. However, it’s possible to have too much of a good thing, so if you already played all Doom games thoroughly, then you may be interested in checking out some alternatives. In this case, please refer to our list of the best games like Doom – hopefully you’ll find some inspiration there.