Sometimes all you need to chill and relax is a video game that offers mindless slaughter, preferably with zombies or other creatures that can be killed in large quantities without making you a psychopath in the other people’s eyes – you are protecting the world and fighting for survival, so the carnage is justified. If you could bring your friends to the party, it would be even better – and that’s exactly what Left 4 Dead 2 is about.

However, if you already played it, you may be interested in checking out some alternatives. So, without further ado, let’s take a look at some of the best games like Left 4 Dead 2 that you can play right now.

If you loved Left 4 Dead 2, you will surely love World War Z. It’s similar in a number of ways, yet adds some extra to make the gameplay fresh enough to be worth a try. 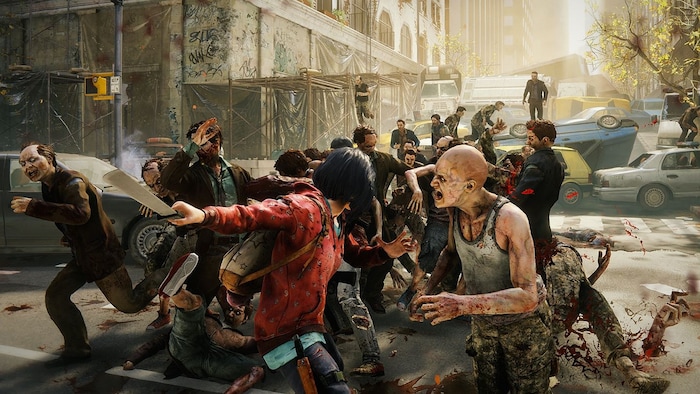 World War Z is a shooter, where you will be able to team up with friends and participate in a series of missions that revolve around surviving in a hostile, modern environment. There are seven classes to choose from, each with its own perks and role to fill on the battlefield. Loot is randomly scattered around the map, which encourages exploration and ensures that no two game sessions are the same.

One of the game’s strengths lies in its ability to create a world that feels truly overrun with zombies – up to 1000 enemies can appear on the screen at the same time. If you’d love to get a grasp of how it would feel to find yourself in the middle of a zombie apocalypse, World War Z delivers that and much more.

Killing Floor 2 is a game that offers pure, unrestricted fun for those who enjoy overcoming challenges and fighting for survival against all odds. 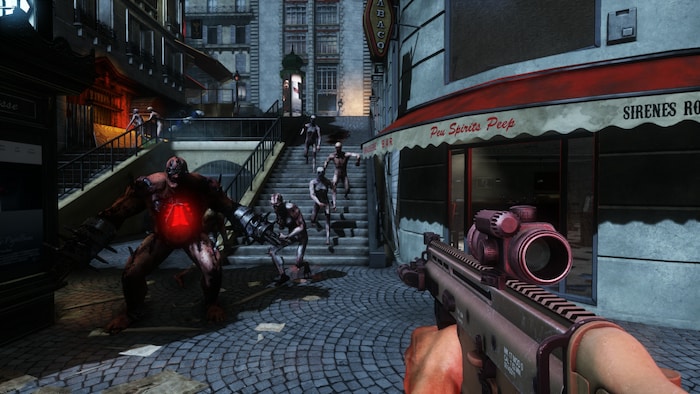 The world in Killing Floor 2 is full of zombie-like mutants, known as Zeds, who freely roam the surface of the Earth as a result of a certain biotech experiment. Although it can be played alone, Killing Floor 2 was clearly made with an online multiplayer co-op in mind – up to six players can play together and tackle increasingly difficult tasks as a team. Choose your class to provide your teammates with additional support, pick your weapon, collect gold, and upgrade your equipment to increase your efficiency on the battlefield. Can you survive all waves and beat the boss that awaits you at the final stage?

It’s also worth mentioning that Killing Floor 2 allows players to play as Zeds, too. This way you can experience the zombie apocalypse from a whole new perspective – a fun addition that surely boosts the game’s replayability value.

Depending on what you’re expecting from a potential alternative to Left 4 Dead 2, State of Decay 2 could also be worth giving a shot – but it’s certainly more survival-oriented than other zombie games on the list. 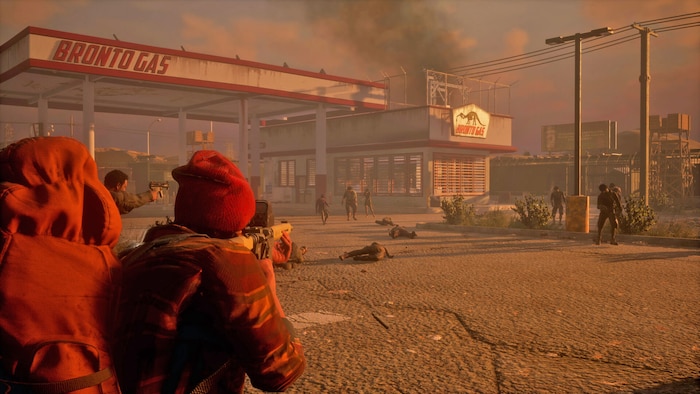 State of Decay 2 doesn’t have a lot in common with Left 4 Dead 2, except for the zombie apocalypse setting. In this game, it’s emphasized that you’re just an ordinary person, not a soldier or a weapon expert, which means that you’re vulnerable and it’s usually best for you to avoid direct combat with hordes of fierce enemies. There is a lot of scavenging, exploring, and staying low without raising unnecessary attention – such approach does have its pros, of course, as it allows players to better sink into the believable, apocalyptic world, that is overrun by zombies, but if you’re looking for some fast-paced action, then you may want to check other options from our list first.

State of Decay 2 is also more single-player-oriented, but it offers limited co-op experience – you can invite other people who can temporarily join your world and help you with your current objectives.

Back to more dynamic games, Strange Brigade is a worthy mention when you’re looking for games like L4D2 – as long as you’re fine with fighting something else than zombies. 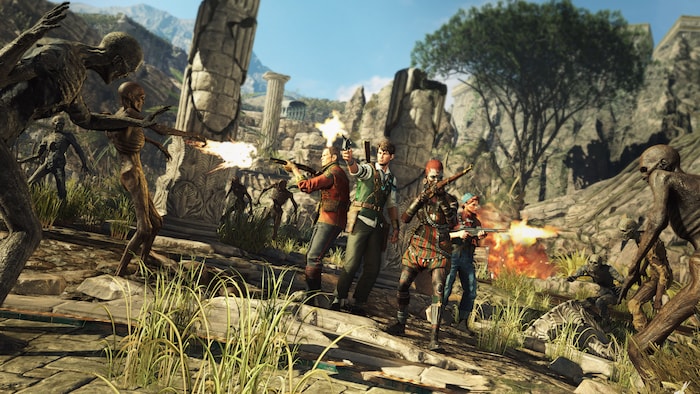 Strange Brigade is a third-person shooter that grabbed everyone’s attention due to a variety of reasons, one of them being the game’s unique setting. The game takes place in the 1930s and can bring Indiana Jones to mind with its ancient-inspired locations full of mummies, giant scorpions, minotaurs, and other mythological creatures that protect their home and precious treasures from adventurers like you. Strange Brigade also focuses more on co-op experience – in fact, it’s one of the games that you should try playing with friends even if you found this list accidentally and you’re not specifically looking for any Left 4 Dead alternatives.

But if you do, then you’re in for a nice surprise and you won’t be disappointed, because even though the game’s setting is entirely different, gameplay-wise it feels surprisingly similar to L4D.

On the fantasy side of games like Left 4 Dead 2, it wouldn’t be fair to not mention Warhammer: Vermintide 2 – a multiplayer-oriented action game in the universe of Warhammer Fantasy. 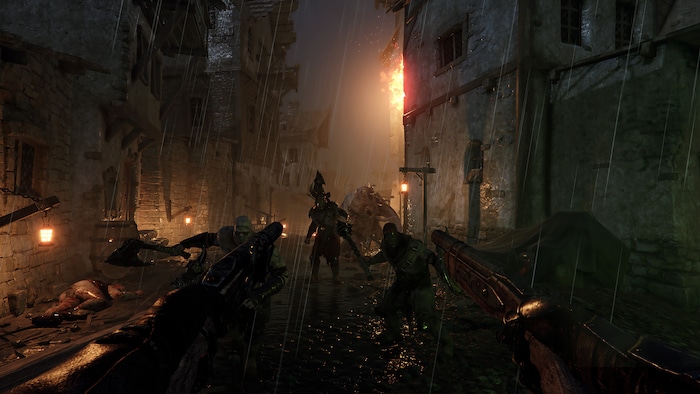 In Warhammer: Vermintide 2, your enemies won’t be zombies, but the evil army that consists of all sorts of filthy creatures from Chaos, Skaven, and – added with a later DLC – Beastmen factions from the fictional Warhammer universe. The game encourages players to rush forward, which results in some intense action, especially considering the fact, that you can use both distance and melee weapons to fuel the carnage.

There are several classes to choose from, and it probably won’t be too surprising if we told you that each one plays differently and brings its own unique assets to the team. Teamwork is highly encouraged to achieve success, so make sure to adjust your playstyle to benefit your team the most.

Dying Light will take you to an urban environment overrun by zombies – but no ordinary ones, as they come in a variety of shapes and sizes, and some of them can pose a serious threat. 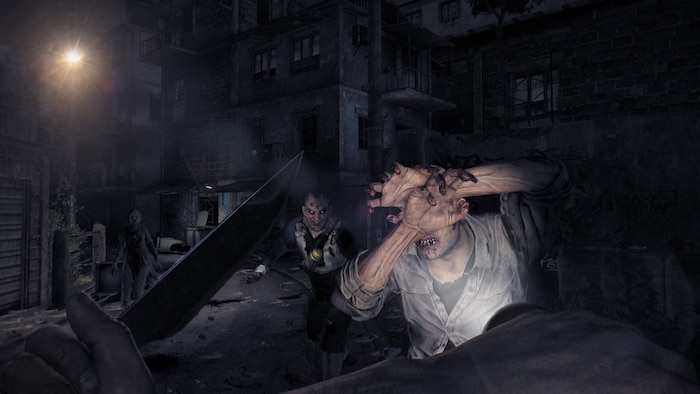 Dying Light is a survival-horror game that features an open-world environment and gives players the possibility to enjoy the experience together with friends. The game stands out from the crowd of multiplayer co-op games focused on killing zombies thanks to its high amount of freedom when it comes to movement and area navigation. You can swiftly scale the buildings to get away from dangers that await players on the ground and jump between rooftops to get to your destination in a relatively easy way. Don’t get overconfident, though – the infected can and will climb the obstacles just like you, so keep your eyes and ears open, especially during the night.

Also, if this idea sounds appealing, you may be interested in checking out Dying Light 2. Depending on when you’re reading this, DL2 could be already released – if that’s the case, do give it a go.

If you’d like to play something similar to Left 4 Dead 2, but more light-hearted, with no zombies, and with mining, Deep Rock Galactic would be a solid choice. 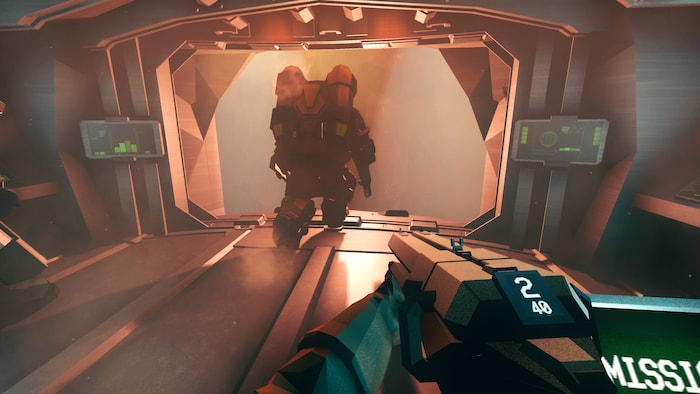 Deep Rock Galactic is a first-person shooter that was made with multiplayer co-op in mind and that’s where the most fun is hidden. It’s a game about mining ores and surviving in procedurally generated caves, deep below the surface of the planet. As a team of up to 4 players, you will have to complete a variety of missions that include mining certain types of minerals, collecting certain objects, or eliminating targets.

Completing objectives rewards resources needed to upgrade your gear – this combined with the fact that there are 4 different playable classes to choose from, creates an extremely satisfying playground for you and your friends to test your cooperation abilities.

Some may be surprised to find a game about hunting down wild machines on the list of games similar to Left 4 Dead 2, but there’s a reason why Generation Zero is sometimes being considered a mix of Left 4 Dead, DayZ, and The Terminator. 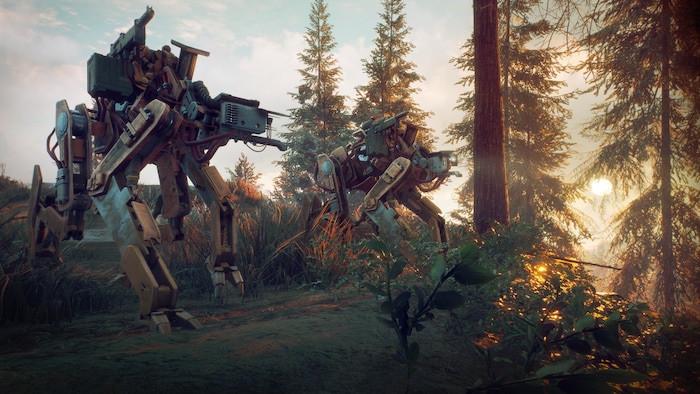 Generation Zero tells the story of a world that’s been overrun by deadly machines that are now freely roaming the surface. As one of the young adults who recently came back from the excursion, you will have to solve this mystery – find out what’s really happening and where did everyone go. However, you’re not a soldier, so act smart, not tough. Come up with clever strategies, make use of stealth tactics, take enemies down one by one from a safe distance, and explore the open-world environment in order to find valuable resources to upgrade your equipment – this way you may even be able to successfully complete your mission.

On a side note – don’t be discouraged by some of the game’s unfavorable reviews. It’s one of those titles that you can love or hate, depending on what you’re expecting to find in it. Apparently, some people didn’t find there what they were looking for, but it doesn’t mean that you won’t too.

GTFO is also an interesting choice. It’s a co-op-oriented title that takes place in dark and murky locations, where you’ll have to carry out the tasks from the mysterious Warden. 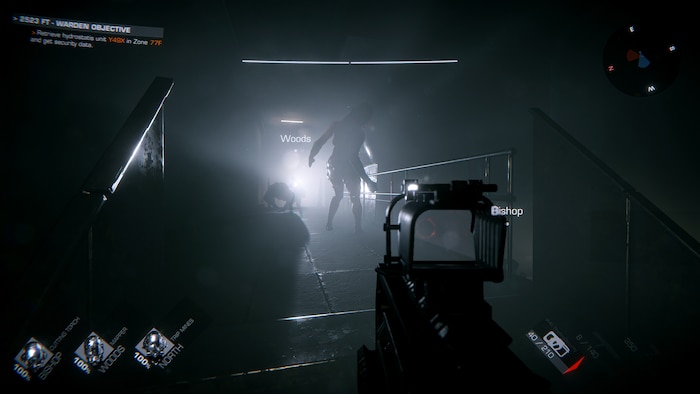 GTFO is a fine entry on the list of L4D style games, but it’s certainly not an obvious one – it looks different, it has a different setting, different types of enemies, and yet somehow a hidden layer of gameplay that’s not visible at first glance makes the experience quite similar to what Left 4 Dead has to offer. It’s worth noting, however, that here you don’t always have to fight the enemies directly.

Sometimes it’s entirely possible and even encouraged to sneak by unaware opponents, who are often found in the sleeping state. Try to not disturb dormant creatures and your task may become much easier to complete. If combat is inevitable, don’t forget about using your melee weapon – it will save you some ammo, which could come in handy during the following encounters.

For the final game, we’ll need to travel back in time a bit. What could be a better L4D2 alternative, if not the original game? Let’s pay respects to the title that allowed the Left 4 Dead series to grow. 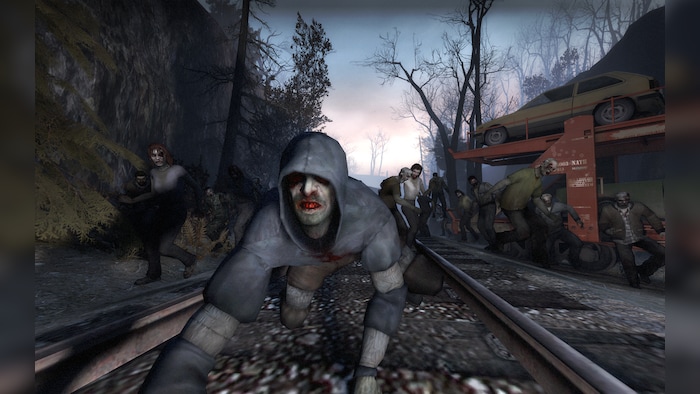 Although the sequel plays mostly the same while it brings a lot of gameplay and quality of life changes to the table, it won’t hurt to go back in time to meet the grandfather of the series, especially considering the fact, that the first L4D actually did some things way differently than its successor. The most important thing that comes to mind would probably be the game’s atmosphere in general – Left 4 Dead is without a doubt a much darker, creepier, and terrifying game that was designed to make people scared.

It’s not a game, where you are meant to happily run and gun through hordes of undead. It’s a survival horror, where each sound you hear can bring chills down your spine. A game, where you need to desperately fight for every breath. Work together with your friends and you may be able to make it out alive.

There are numerous games similar to Left 4 Dead 2, but the level of similarity varies from game to game. Some games have surprisingly similar gameplay, even if they don’t look similar at first glance, while others look like clones at first, but turn out to be completely different.

Depending on what exactly you’re looking for and what you are expecting to find in L4D alternatives, your game of choice may be different. Is it the game’s pace? The game’s setting? Or the possibility to play in co-op parties of up to 4 people? The more you expect, the lesser the pool of alternatives becomes.

Still, we tried our best to fill the list of 10 games like Left 4 Dead 2 with entries that should satisfy everyone’s needs. Check it out and you should be able to easily find something you’ll enjoy.