Mortal Kombat is a long-going series of fighting games. It’s best known for its extremely brutal gameplay – especially when it comes to the finishing moves that include splitting the opponent in half or tearing off his head with the entire spine attached.

There aren’t too many fighting games that could even come close to MK in terms of brutality, but there are certainly some solid alternatives that are worth playing.

Here’s our list of the best games like Mortal Kombat – pick your favorites and enjoy your time.

Dead or Alive 6 is our first pick. It does everything you would expect from a solid fighting game – it’s surely a worthy MK alternative.

Dead or Alive 6 is a fighting game from a popular franchise that was started in 1996. The game stands out from the crowd thanks to its polished graphics and smooth gameplay. It also features numerous improvements when compared to its predecessors, making the game more balanced and easier to get into. It also features a number of adorable female fighters, so if you’re a fan of anime and you’re looking for a new waifu, you may find one here. Of course, husbandos are also present. 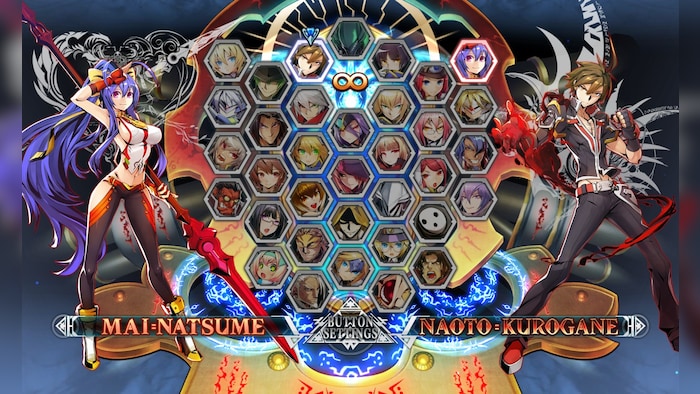 BlazBlue: Central Fiction is a fighting game, where your reflexes will be tested to their limits. Master your favorite characters and learn how to unleash deadly combos to easily juggle opponents and leave them no room to breathe. In contrast to the 3D visuals of Dead or Alive, BlazBlue went into pure 2D drawings – sometimes it feels like watching an interactive anime, especially with all these flashy skills that you will have at your disposal.

If you can’t decide if you want a 2D or 3D fighting game with anime-style visuals, then maybe you’d like to try something in between? 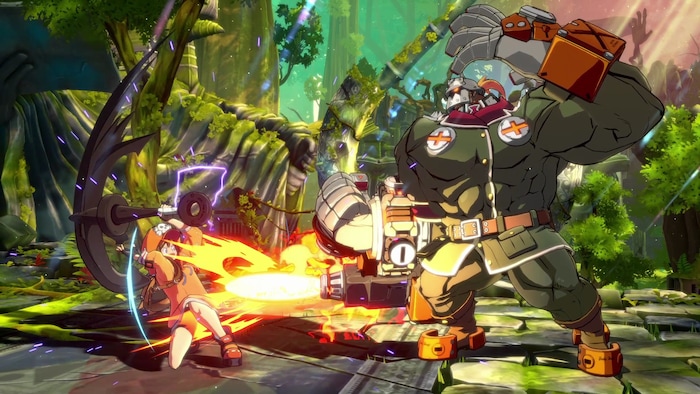 Guilty Gear Strive is a fighting game that combines traditional 2D anime-like graphics with 3D environments and transitions. The company managed to master this technique and the results are astounding. At one moment you’re playing a fully 2D game, only to witness an amazing change of perspective a moment later, when a character launches a powerful attack and turns into 3D for a second. It’s also worth noting the game’s amazing hard rock and metal music that perfectly fits the theme and helps to build a unique atmosphere.

If you’re looking for a fun and highly competitive fighting game, look no further – Killer Instinct is probably the game you should try.

Killer Instinct from 2013 is the third installment in the Killer Instinct franchise and serves as a reboot of the series with some ties to the two original games. What makes the game special is not the fact that it’s a skill-based game that utilizes a variety of combo attacks that need to be executed perfectly in order to defeat the opponent. No, there are plenty of similar games on the market already. It’s the fact that the game features a special mode that learns the player’s playstyle and creates an AI player based on the player’s gaming behaviors. The game also features a season-based multiplayer, where players can compete for a better place on the leaderboards for a chance to immortalize themselves in the rankings – a real treat for competitive players.

There’s also something for the fans of a popular anime series, Dragon Ball. Fast-paced action, martial arts, energy balls, transformations – it’s easily one of the must-plays. 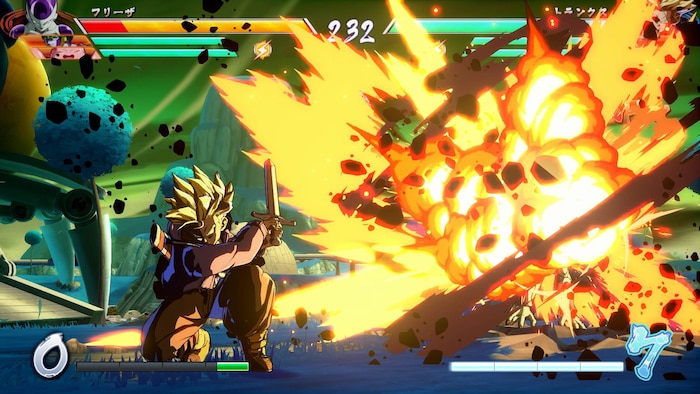 Dragon Ball FighterZ lacks the level of gore and blood you can usually see in Mortal Kombat games, but it makes up for it with amazing and smooth gameplay, while familiar faces from the Dragon Ball universe make things even better. Crisp anime visuals, fluid animations, responsive controls, and famous fighting techniques – you’ll have the unique experience to completely immerse in this fantastic world and learn an entirely new story. And on top of that, you don’t really even have to be a DB maniac to enjoy the game – generally speaking, it’s just an amazing fighting title that everybody should try.

The game’s title says it all – take a look at a crossover fighting game, where you will be able to play as characters from both Marvel Comics and Capcom video games. 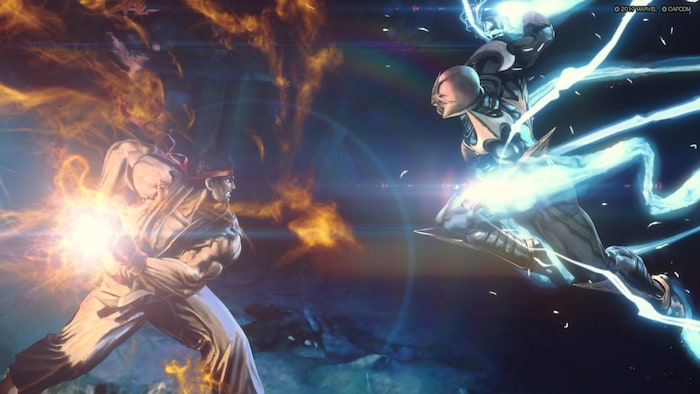 Ultimate Marvel vs. Capcom 3 is a game where you will finally be able to play some hilarious encounters that wouldn’t be possible otherwise. Deadpool and Captain America supported by Hulk, versus a team of Dante from Devil May Cry, Akuma from Street Fighter, and an adorable wolf Amaterasu from Ōkami? You got it, no problem. The game features dozens of playable characters – mastering them all will surely take some time and it’s part of the fun that increases the game’s replayability. One thing is certain – you won’t be bored for quite some time.

Another interesting Mortal Kombat alternative would be Soulcalibur VI. No blood or gore is to be found in this title, but skill-based gameplay should quench your thirst for a relatively difficult fighting game. 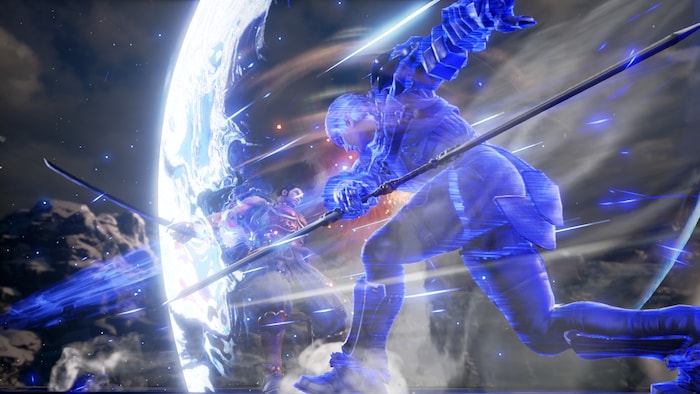 Soulcalibur VI continues the series that started back in 1995 and, as expected from a game that is considered a reboot, comes with various improvements, both in terms of gameplay and visuals. Among the important changes that are worth being mentioned is the addition of the Reversal Edge system – a new combat mechanic that gives players more options to defend against enemy strikes and do it with style.

On a more casual and slightly goofy side of fighting games we’ve got The King of Fighters XV – it has some anime and humorous vibes going, which is a nice change from other, more serious titles. 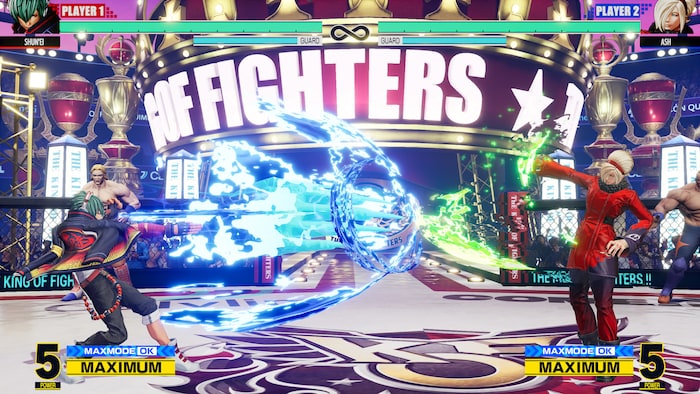 The King of Fighters XV is a part of the popular fighting series that started in 1994. It received critical acclaim for a number of reasons, most importantly for its online performance, team-oriented gameplay, and the sheer number of available characters to choose from. Smooth animations and crisp visuals also deserve a mention – it’s not only a solid fighting game, but a pleasant experience to watch as well. The game is also more casual-friendly, thanks to the existence of the Rush button that makes it much easier to launch combos and other special attacks.

The world is at the edge of chaos and you must play your part in the conflict to resolve the crisis. Join the most famous superheroes and help them fight the new threat. 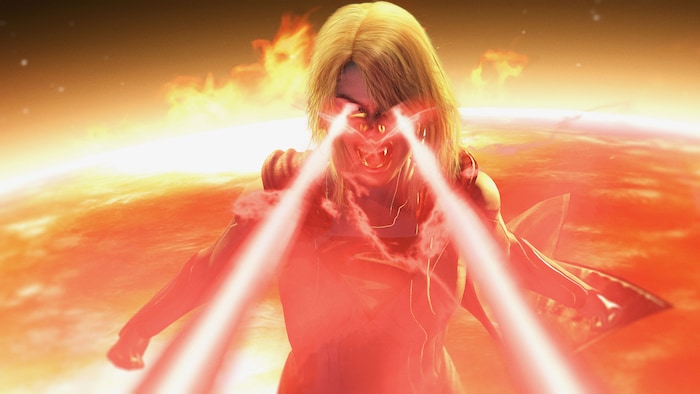 Injustice 2 is a fighting game that focuses on the events that happened after the fall of Superman’s Regime. The world is threatened by a new danger and old friends may need to join forces to stand a chance against it. Gameplay-wise there’s a ton of fun and fast-paced action going on with the addition of minor RPG elements in form of droppable loot. As you play and defeat the opponents, you will find all sorts of items that can improve your character’s combat stats or alter his looks. The game also features top-notch visuals – it’s probably one of the best-looking fighting games you can get right now.

Speaking of good-looking games with flawless combat mechanics, it wouldn’t be fair to not mention Tekken 7 on the list. 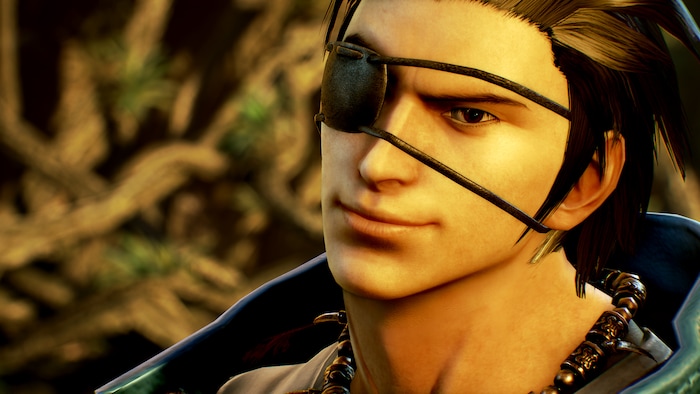 Tekken 7 is another example of how some developers can care about their precious franchise – Tekken is Bandai Namco’s beloved child, so it’s not surprising that new entries in the series usually come out as polished as they could be. Tekken 7 is a real treat not only for Tekken fans but also for fighting game enjoyers in general, as the game features not only great visuals but also gameplay that is easy to learn and hard to master, creating a very competitive environment that can be enjoyed and appreciated by both professionals and more casual players alike.

The Street Fighter series is undoubtedly among the most popular fighting franchises out there, so it’s only natural to include SF on the list of games similar to Mortal Kombat. 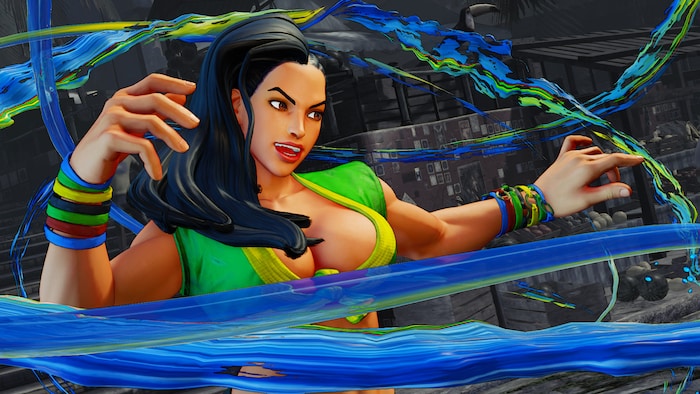 Street Fighter V allows players to Hadouken through increasingly difficult opponents and master all the existing techniques to become the true Street Fighter champion. Veterans of the series will be happy to meet a lot of familiar faces, while newcomers will surely appreciate smooth gameplay and a unique art style that’s something in between 3D anime and comic books. It’s worth noting that the game encourages an aggressive approach, so if you’re looking for some fast-paced action, this is the game for you.

It’s probably not a title you’d expect to find on this list, as it’s a different type of game – you’ll quickly realize, however, that it can indeed serve as a great Mortal Kombat alternative. 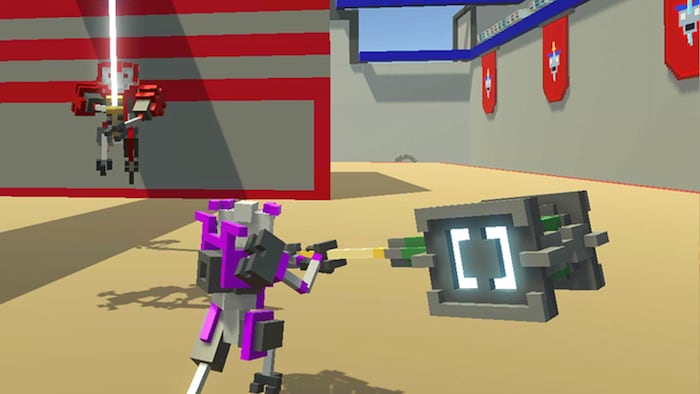 Clone Drone in the Danger Zone is a 3D beat ‘em up video game, where your objective is to beat increasingly difficult floors full of enemies in order to progress further and access more powerful upgrades for your controlled robot. The game features blocky environments and characters which resemble Minecraft or Roblox to a certain degree. There is also a Twitch mode that comes with a set of options that make it a perfect game to stream and let the audience interact with the streamer in a number of ways.

If you’re looking for a fighting game with some blood and Japanese history inspirations, Samurai Shodown may be a good choice. 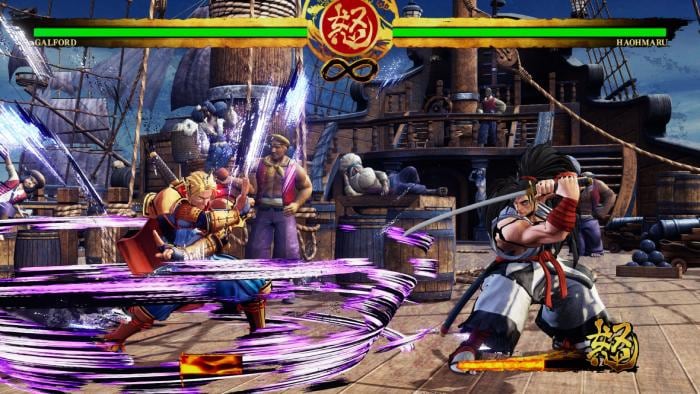 Samurai Shodown from 2019 serves as a reboot of the fighting video game series of the same title. As the name implies, here you will have the unique opportunity to fight in a traditional Japanese setting with samurai and warriors wielding katanas and other popular weapons we know from Japanese history. The game requires some skill to achieve success, but learning to play won’t be a boring experience, as there are several unique characters to try, and each has access to a slightly different set of moves. The game also features some blood, making the game a solid Mortal Kombat alternative if you’re looking for something more brutal.

For the final game on the list, we’ve got something special – a game with a beautiful hand-drawn art style and smooth animations. 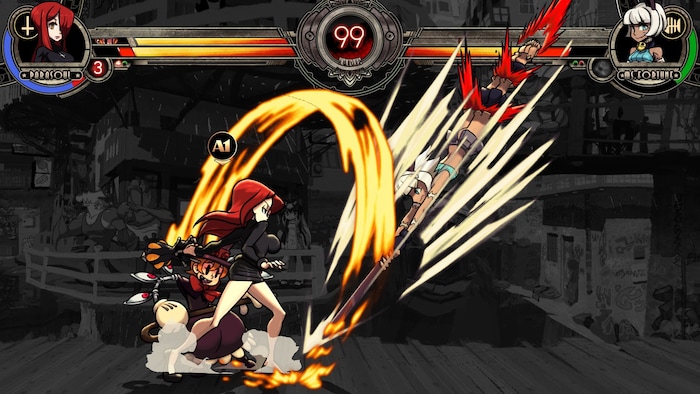 Skullgirls is a fighting game that comes with a number of solutions that ensure the gameplay is balanced, fun, and fair. For example, there is infinite combo protection that prevents people from juggling their enemy indefinitely, and unblockable attack protection that helps players to defend against attacks that are seemingly impossible to parry. One of the game’s interesting features is the fact that although your team can consist of up to three different characters, you can also choose to take only one or two instead, in which case your chosen characters will be buffed to compensate for the smaller team size.

There aren’t too many games that go as far in their brutality as the Mortal Kombat series does. Most of these are bland MK clones that don’t have much else to offer – they are just trying to monetize Mortal Kombat ideas, but they don’t have anything unique about them and they lack any kind of soul.

If you want something fresh and new to try, you’ll have to resort to less brutal video games instead – the most interesting games similar to Mortal Kombat can be found on our list above, so feel free to check them all out.