Oxygen Not Included is a fun and addictive survival sci-fi game, where players are tasked with founding and developing a space colony.

Taking care of the survivors’ basic needs is necessary for a colony’s healthy and steady growth, but it can be quite challenging at times – you’ll have to make tough choices in order to ensure your fragile settlement’s safety.

Check out the list below to find some of the best games like Oxygen Not Included and other cool management simulators that you can play right now.

If colony management with a bit of something special is what you’re looking for, you can’t go wrong with RimWorld. 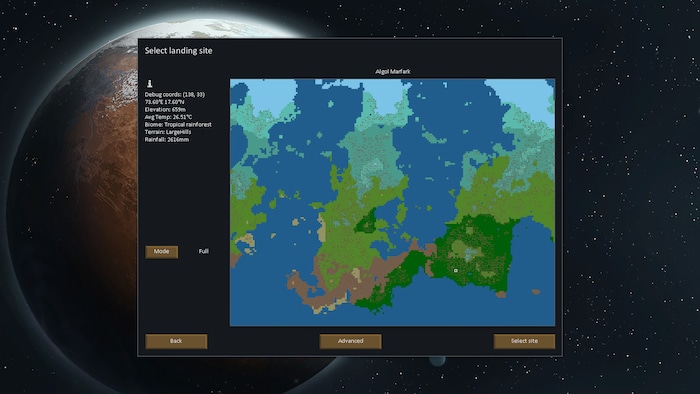 RimWorld is a management simulation described by its developers as an AI-driven story generator, and it’s quite accurate. You will have some randomly generated survivors under your command, and more will join you as the game progresses. Each of your people has its own unique stats and traits, affecting their behavior and how they will contribute to your settlement’s development. The game’s sandbox nature combined with numerous random elements adds a lot of replayability, ensuring that you won’t get bored anytime soon.

Planetbase focuses on a simple concept, which is founding a new colony on a foreign planet and turns it into an addictive management experience. 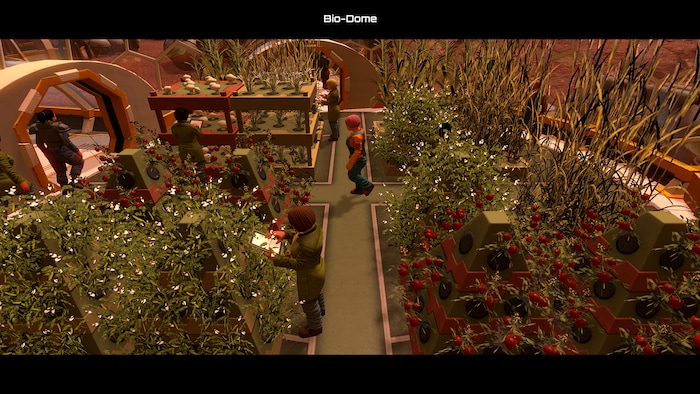 Planetbase gives us a unique opportunity to start and develop a space colony, where the main objective is to simply survive and make the settlement thrive – the game’s sandbox nature allows us to play any way we want for most of the time. Gameplay-wise it’s important to note the need for cooperation between colonists and their robots – although robots can be helpful and perform tedious tasks more efficiently, they need to be serviced by human engineers in order to operate at their fullest potential.

If you liked Oxygen Not Included, but you wanted to try something less futuristic, then Judgement: Apocalypse Survival Simulation may be just the right choice. 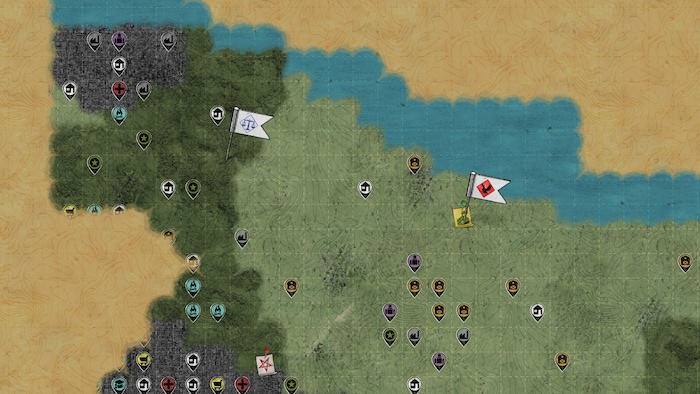 As the name suggests, the game focuses on surviving the apocalypse and defend against the demons that came to Earth to reap souls during the final judgment. In terms of gameplay, the most important thing is probably the fact, that each survivor comes with their own unique stats and abilities. In order to achieve success, you will have to smartly utilize everyone’s strengths and make up for their weaknesses – teamwork and taking advantage of your people’s skills is the key to surviving the apocalypse and building a secure settlement.

If games like RimWorld appear to be too complex and difficult to understand due to a huge number of options, then you may want to check out something slightly more casual-friendly, such as Space Haven. 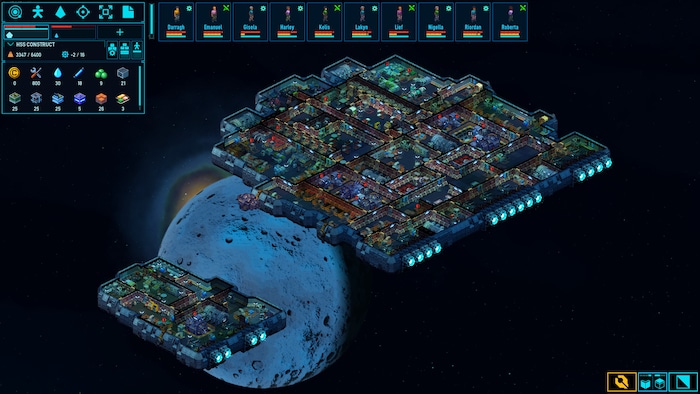 Space Haven is a game that mixes a variety of different genres into something new and special, which, combined with the game’s unique art style, results in an experience you wouldn’t want to miss. The game revolves around designing and maintaining your very own spaceship and taking care of its crew as you travel across the galaxy in search of wealth and glory. Meet various factions, harvest resources, trade, engage in ship-to-ship encounters, and venture into the unknown. The game’s very positive reviews on the Steam platform are not unjustified – you would have known if you tried it yourself.

Surviving Mars will surely satisfy one’s needs to set up and maintain a colony in a sci-fi scenario that can become the reality in just a few decades. 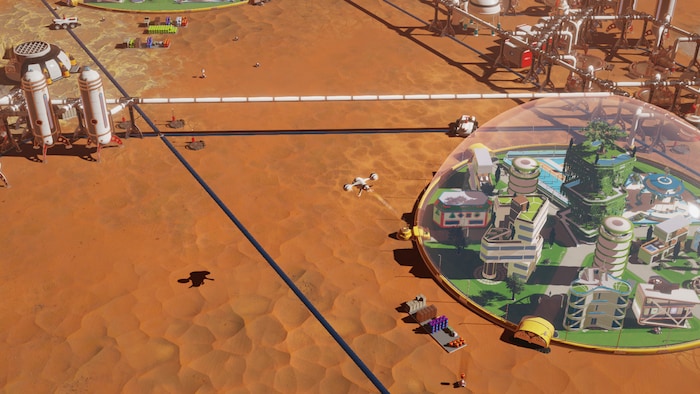 Surviving Mars revolves around colonizing the Earth’s closest – not distance-wise, though – cousin. As the one who’s responsible for creating and developing a settlement on Mars’ surface, you will have to face and overcome numerous challenges and difficulties, including the most obvious one, which is the inhospitable environment itself. Produce food, manage oxygen, build domes for your colonists, expand your colony to help your people survive, and discover many mysteries that the planet holds.

If you’re a fan of post-apocalyptic games set somewhere in the nuclear wastelands, then Sheltered may be an interesting alternative to Oxygen Not Included. 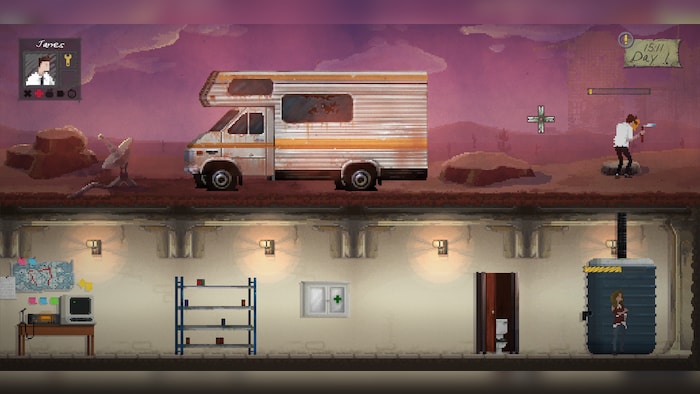 Sheltered focuses on the lives of a family who managed to survive a nuclear explosion. Hidden in the shelter they’re relatively safe, but as the resources are running low, the survivors are forced to leave their haven in search of food and crafting components. You’ll have to take care of your people’s basic needs, as well as expand and upgrade the shelter to increase their wellbeing. During the game you’ll meet randomly generated characters – you can befriend them to increase your chances of survival, but keep an eye on their loyalty values, or you’ll end up backstabbed when you expect it the least.

If you liked Oxygen Not Included, chances are that you will also like Banished – a quite challenging and realistic city-building strategy set somewhere in the medieval period. 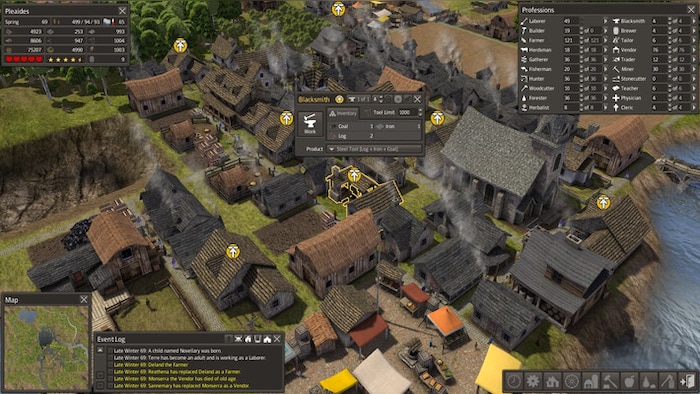 Banished puts emphasis on giving players a realistic perspective on how medieval settlements were built and developed. As the one who leads the titular group of people banished from their homeland, you will be responsible for showing the exiles a way to start their new prosperous lives. The game is known for its unforgiving difficulty level – although it becomes easier once you learn the basics, it will still provide a moderate challenge later on, especially if you aim to collect all the achievements. There are still lower difficulties available if you prefer a more casual experience, though.

Dwarf Fortress is more than just a game. It’s an experience. It’s a world simulator, where countless stories yet await to be told – and you’re the bard among the dwarves.

Dwarf Fortress is a long-term project that started back in 2002 and is still being developed. It’s an extremely complex game with lots of advanced gameplay mechanics, requiring weeks or even months of tinkering with before you can understand what’s going on and how to use them to your advantage. The game originally started with no graphics, only ASCII characters, but in one of the recent updates the game not only became available on Steam but it also got an optional visual tileset, which made the game more appealing to a wider audience. If you didn’t have the opportunity to play Dwarf Fortress yet, now’s a better time than ever to give it a go.

Those familiar with the Fallout series surely know this one. Those who aren’t – you’re sleeping on a great game similar to Oxygen Not Included. And it’s free, so go and check it out now, no excuses.

Fallout Shelter is a free casual-friendly game, and while it may lack the depth of the original franchise, it’s still a surprisingly fun title that will easily steal some of your free time. Life’s not easy in a nuclear wasteland, and now you’ll have the opportunity to see that for yourself. Build and expand your shelter, add new rooms for the survivors, research new technologies, and defend your base from hostile mutants. Bonus points for the possibility to play it on your smartphone and tablet, so you can enjoy it virtually anywhere and anytime.

The last game on our list is Gnomoria – a game that borrows some elements from other titles and adds its own mechanics to make the entire experience more fun and enjoyable. 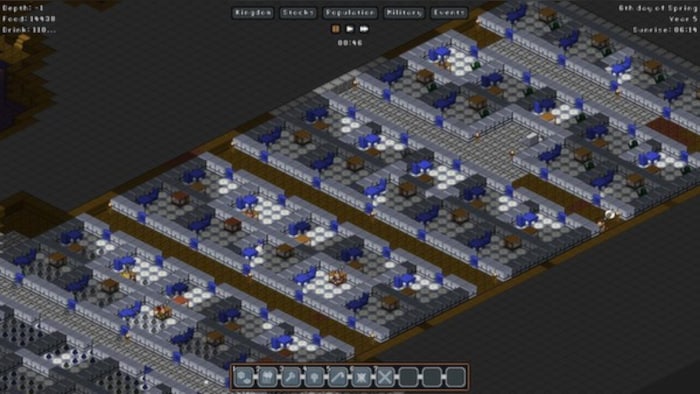 Gnomoria lets players command a group of wandering gnomes in order to establish a new settlement they could call home. The game’s sandbox nature and destructible terrain give players a lot of freedom and don’t limit their creativity too much. It’s hard not to notice the similarities between Gnomoria and Dwarf Fortress – the two games are quite similar in certain aspects, but Gnomoria is noticeably easier, lighter, and more newbie-friendly. For this reason, if you don’t have a lot of time to play and learn all the complex mechanics of Dwarf Fortress, then this one may be a better choice.

The Most Addictive Games Similar to Oxygen Not Included

Colony management simulation games are fun in that they allow us to test our management skills in a relatively safe environment, where we don’t risk being dethroned, deprived of power, or even killed by angry peasants or other townsfolk. We also don’t risk other people’s lives, so we can safely try our hand at building a self-sustaining colony on the surface of Mars, or managing a safe shelter for the survivors of a nuclear explosion.

While it all may sound a bit silly, that’s what makes games great in general – they allow us to experience otherwise unrealistic or even plain fantastic scenarios and events in a consequence-free way.

Management simulations often come with open-ended gameplay, where you are the one who sets goals and objectives. Such games usually have only one requirement – make sure that your people, or gnomes, or dwarves, or other living beings, survive and live their happy lives. But the way of achieving that is most often entirely up to you. You have to carefully manage resources and deal with a variety of challenges, such as dangerous environments, deadly enemies, or even your people’s basic needs, such as hunger and thirst. Only when you learn all of the game’s mechanics in and out, you will be able to use them to gain the upper hand, allowing you to make a thriving and self-sustaining settlement.