Prison Architect is a unique management game that allows players to design, build, and run their own prison.

Although there’s not much competition in the niche of prison management games, there are certainly some strategy games that can serve as worthy alternatives if you’d like to try something new.

Here are some of the must-play games like Prison Architect.

Starting with classics, we have Dungeon Keeper, where instead of prisoners, you will have an army of evil creatures at your disposal. 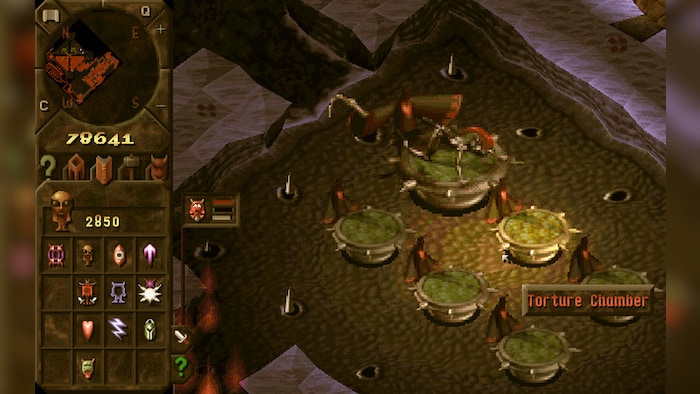 Dungeon Keeper is an iconic game and one that surely brings back a lot of memories for the older generation of players out there. Usually, in video games, we’re playing as the good guy, but Dungeon Keeper is different – here you will be playing as the lord of all evil. Your job is to expand and protect your underground kingdom from treasure hunters and noble heroes who want to get rid of you, which could probably earn them a lot of fame and glory. Make sure they won’t succeed. Build traps and recruit followers who will gladly dispose of intruders in your name. Design a perfect, impenetrable dungeon, and take care of any adventurers who were careless enough to enter your domain. Conquer the fictional lands by completing increasingly difficult levels and get rid of all that’s good in the world.

Zoo Tycoon is another classic game that probably robbed a lot of players of a huge chunk of their free time. Instead of prisoners, though, here you will have to take care of your animals. 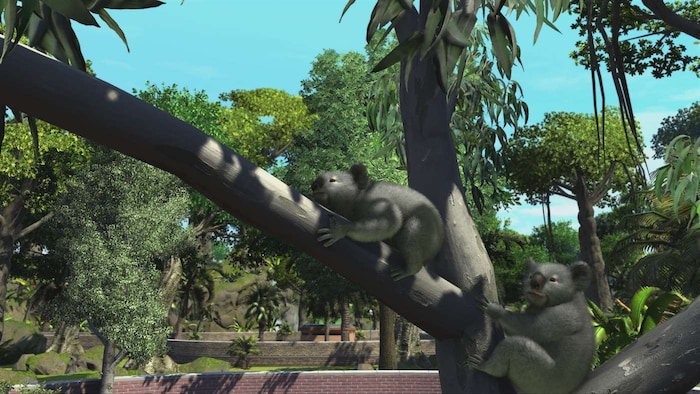 Zoo Tycoon is a business simulation game that allows players to manage their own zoo and keep both animals and visitors happy. Doing so won’t be an easy task, as you have a multitude of things to be aware of. You have to carefully choose the right environment for each animal, choose suitable toys, rocks, foliage, and so on – all of that plays some role in keeping happiness values high. And why’s that important? Because that will directly translate to the amount of your income, and running a zoo requires a lot of money. Not to mention research that also costs money, but it’s well worth it as it unlocks new animals and items to utilize during play. On a side note, if you prefer a more modern game with up-to-date visuals, then definitely also try Planet Zoo – Zoo Tycoon’s spiritual successor from 2019.

Theme Hospital is also an interesting alternative for Prison Architect. At the same time, it’s definitely a more humorous and light-hearted one, making it a perfect title to just relax and chill. 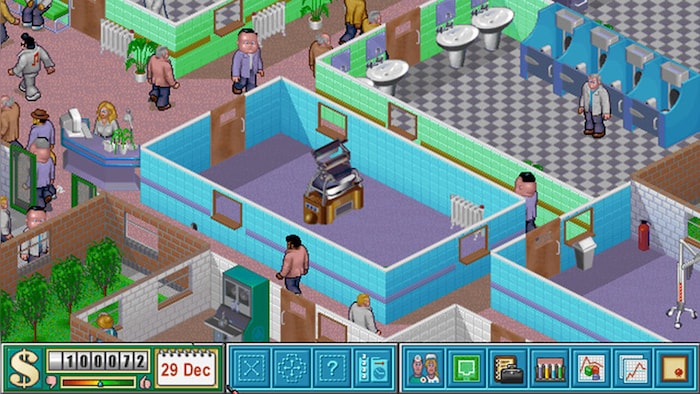 Theme Hospital is all about running a hospital, which means that you will be the one who’s responsible for hiring doctors, buying medical equipment, and treating all kinds of diseases and illnesses. But these are no ordinary diseases, no – once your patients start appearing, you will quickly notice how ridiculous some of them can be. Infectious laughter, broken heart, and chronic nosehair are just a few examples, which should already give you some idea about the game’s atmosphere. It’s incredibly casual-friendly, and you’re guaranteed to have lots of laughs while playing it, despite its difficulty level that can be quite challenging at times.

Although RimWorld and Prison Architect look very similar at first, they are completely different games. Yet, somehow, both emit a similar type of vibe, so be sure, to check this one out. 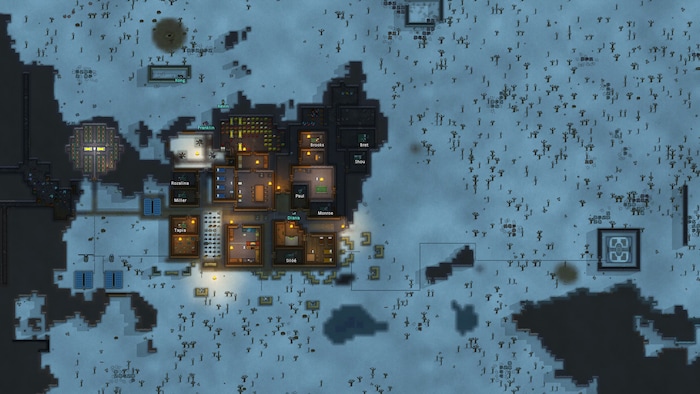 RimWorld is a construction and management simulation game, where you will be tasked with taking care of a growing colony that has to overcome a variety of randomly generated challenges during play. Living on a randomly generated planet, far from civilization, they’ll have to build a safe haven they could call home. Farming, hunting, mining, fighting dangerous opponents – it’s just a fraction of things your people will have to attend to. One of the coolest features of RimWorld is the fact, that each character has its own random traits and abilities, that can affect not only said person’s efficiency in various areas but can also influence people around him.

Inspired by the legendary Dwarf Fortress, Gnomoria is a great title that is like a dream come true for those who love planning and building colonies for their people to live in. 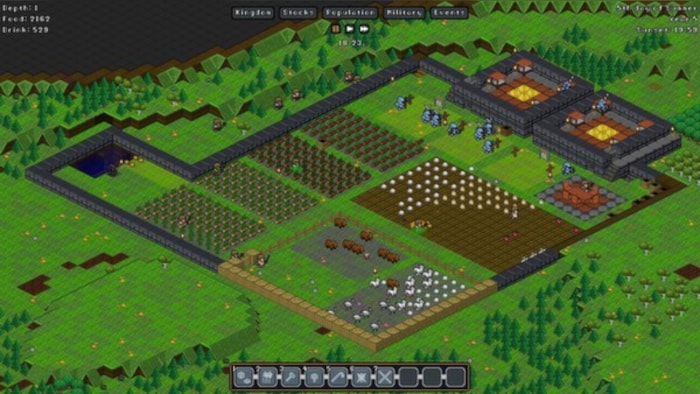 Gnomoria is a management simulation game that focuses on building a thriving colony. What makes the game especially fun is its sandbox nature – just like in Minecraft or Terraria, the entire world you’ll find yourself in, can be broken down and rebuilt in a new shape, that is more to your liking. Unlike the two mentioned games, however, in Gnomoria you’ll have gnomes under your control – a trusty pack of living beings that will do their best to complete whatever task you may throw at them. Build your base, mine, craft, modify landscape and try to survive as long as possible in huge, procedurally generated worlds.

Maybe it’s not a game where you could build your own prison, but if you liked Prison Architect, you may also like Factorio – a game that puts emphasis on building fully automated factories. 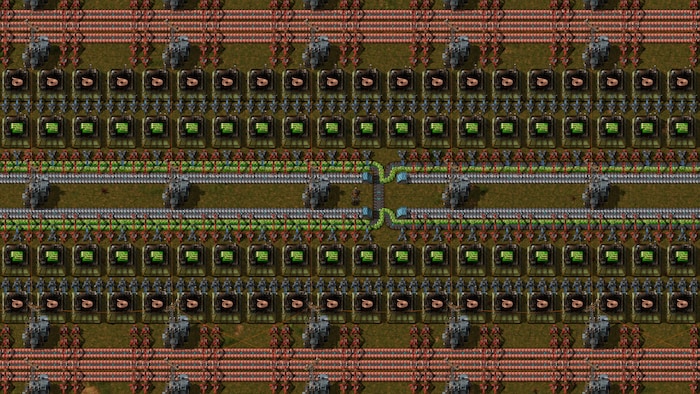 Just like Prison Architect, Factorio covers a very specific niche in the genre of management and strategy games, but here instead of focusing on prison, you’ll have to focus on your space colony. As the sole survivor on an alien planet, your job is to mine resources and turn them into something increasingly more useful with the use of factories that can mass produce all the needed base components. Making sure that everything works as efficiently as possible is extremely satisfying – optimizing production is part of the fun. You’ll have to research dozens of new technologies to eventually build a rocket and leave the hostile environment. Remember to keep your guard up, as the planet seems to be inhabited by alien life forms that don’t seem too happy about the pollution your factories are causing. Now they’re peaceful unless directly threatened, but this could change once you’re further in the game.

And how about a game that allows players to become the titular evil genius? If you liked Prison Architect gameplay, chances are that you will also love this one. 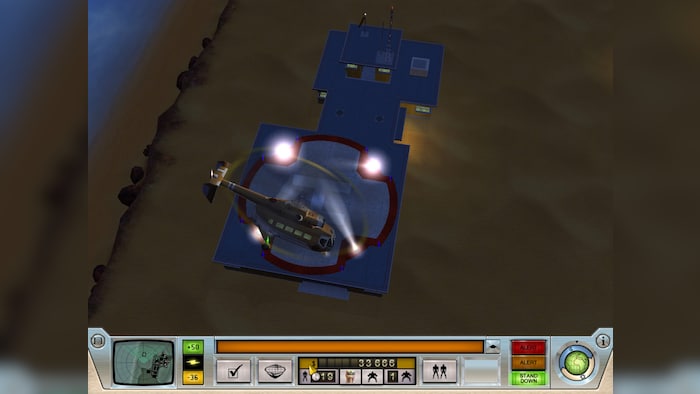 Evil Genius is a real-time strategy and simulation game, where you will be tasked with building and managing your very own evil genius lair. If you’ve ever dreamt of role-playing Dr. Evil from Austin Powers movies, now you’ve got the chance, especially considering the fact, that the game goes for a rather humorous approach. Choose the best place for your new lair, such as inside a mountain, so these pesky special agents will have a harder time during their puny infiltration attempts. Build new types of rooms, research new tech, hire minions, and start your world domination campaign.

If the idea of such a game sounds appealing to you, then you may also be interested in trying out its sequel, Evil Genius 2, which was released in early 2021 and is better suited for gamers who are used to a more modern style of gameplay and fresher visuals.

Speaking of unique games, Frostpunk was also warmly welcomed by both critics and players alike. However, the word “warmly” feels inappropriate when used to describe a game about surviving in a harsh, cold environment. 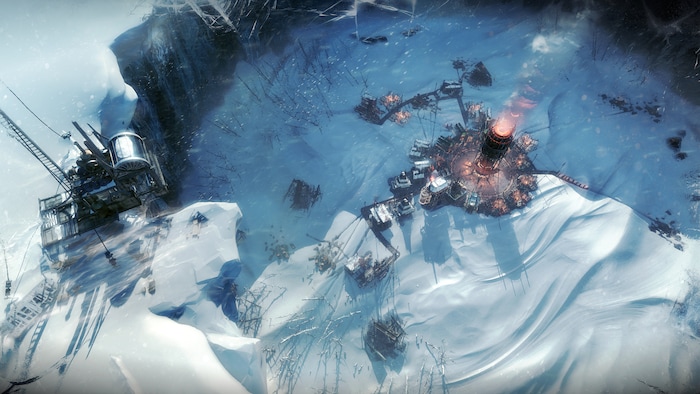 Frostpunk is a city-building game with survival elements. Your job here is to build a small city that must survive extreme worldwide winter that is caused by certain global events, such as the dimming of the sun and volcanic eruptions. There is nowhere to run – the only way to secure the safety of your people and the entire civilization is to build a self-sustaining colony that will be able to handle the threatening weather conditions. The central heat generator will play the most important role during gameplay – you will have to carefully choose where to place new buildings around the generator, to make sure that everyone gets enough heat. Failing to provide certain constructions with heat may lead to their decreased efficiency or even shutting down completely.

We already have Factorio on the list, so why not include Production Line as well? Here, however, you will focus entirely on making new cars. 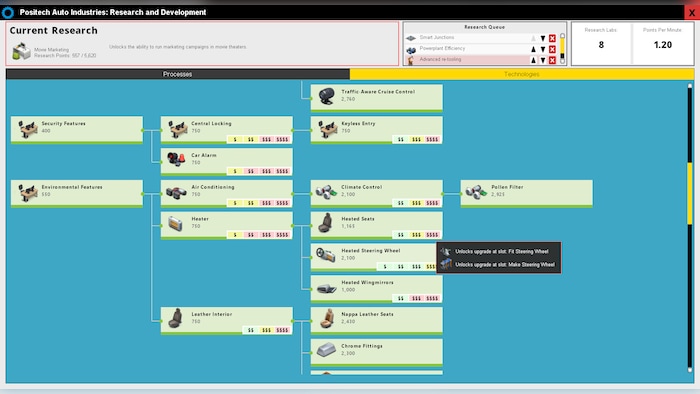 Recommending Production Line when we’re talking about games like Prison Architect may seem weird at first, but as we already explained before, prison building games are very specific and fill a small niche on the market – there are not too many direct competitors to choose from, so we have to resort to other strategy and management games. If you love cars, here you will finally have the opportunity to manufacture your own. Build a professional production line, create components and put them together, unlock new technologies, and research the market to see the current trends and adjust to people’s expectations. How far can you get without going bankrupt?

Finally, there’s also SimAirport. Obviously, it’s not a prison simulator, but still somehow feels incredibly similar to Prison Architect in terms of both gameplay and visuals. 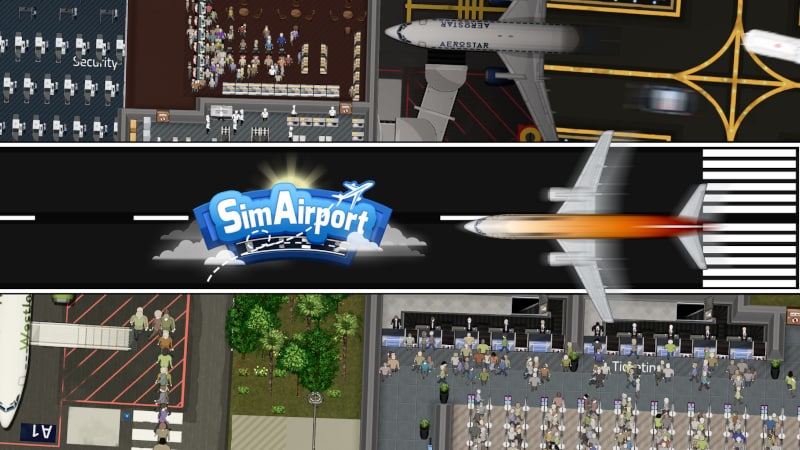 SimAirport allows you to become the one who’s responsible for managing an airport, which includes taking care of things like adding all the necessary rooms, furnishing the interiors, hiring staff, solving security issues, building an efficient baggage handling system, making passengers happy, and, most importantly, making a profit that can be used to not only ensure that the airport works properly, but also to further improve various aspects of the place. Give it a shot and you’ll be surprised how complex and challenging it can get.

Prison Architect is quite a unique game that allows players to run a prison. In fact, it’s so unique, that it hardly has any competition in its niche, making it rather hard to find similar games. Still, some strategy and management simulations can serve as worthy alternatives and can have an oddly familiar vibe – the one that Prison Architect has.

If you’re wondering what titles we’re talking about now, consider taking a look at some of the best games similar to Prison Architect on our list above.