Squad is a first-person shooter that emphasizes realism and tactical co-op play. Set in a modern-day environment, Squad takes players to real battlefields, giving them a unique opportunity to experience how it’s like to be a soldier on the front line. It’s a spiritual successor to Project Reality – an extremely popular modification for Battlefield 2. The game allows dozens of players to compete simultaneously on large maps, where they need to work together in order to achieve victory.

If that’s the experience you’re looking for, then you may also be interested in checking out some cool Squad alternatives. So, let’s jump into it – here’s the list of 5 amazing games like Squad.

Arma 3 is most likely the first game that comes to mind when speaking of games like Squad. It offers a similar experience with a modern-day representation of war, realistic gameplay, and a high focus on cooperation. 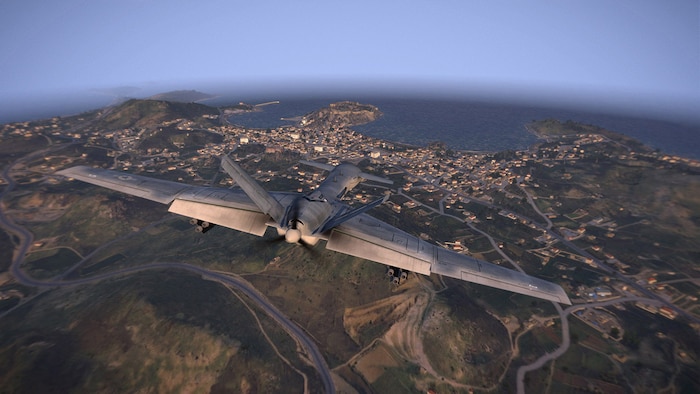 Arma 3 is a tactical shooter from 2013 that is often described as a military simulator – and not without a reason. The game puts emphasis on realism, which is visible in every aspect of the gameplay, from available equipment and vehicles to map design and serious atmosphere. One bullet can end your soldier’s life so you’re encouraged to play smartly and keep a low profile. Avoid drawing unnecessary attention if you want to contribute to your team’s work – a living soldier is much more valuable than a dead one. As opposed to Squad, Arma 3 is more of a sandbox game, where you have limitless possibilities of creating your own scenarios. It’s also rather hard to get into at first, but if immersion and large-scale conflicts are what you’re looking for, this is a game to try.

Insurgency: Sandstorm is another interesting choice if you’re looking for something to temporarily – or maybe permanently – replace Squad with. 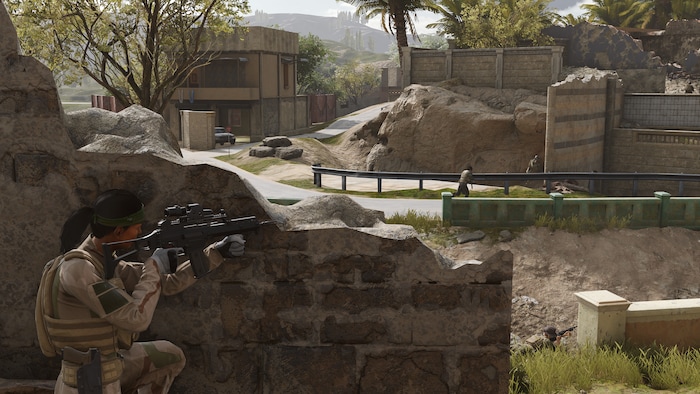 Insurgency: Sandstorm is a tactical shooter that revolves around close-quarter combat, where two teams meet each other on war-torn battlefields and try to outplay the opponents. It doesn’t have large-scale battles and it’s not much of a simulator, either, but it should be a great Squad alternative if you’re looking for a new, fresh experience. Teamwork is still the key gameplay component here – if you’re not working closely together with your teammates, you will have a hard time achieving success. It’s worth noting that the game is relatively easy to pick up – there’s not much to learn when it comes to gameplay mechanics. Instead, you’re expected to train your own skills to become a better player – aim faster, lower your reaction times, learn the best places for ambushes and surprise attacks, and so on.

Rust may not look like Squad when it comes to gameplay, but there are some more or less subtle similarities, making Rust a worthy alternative to think about. 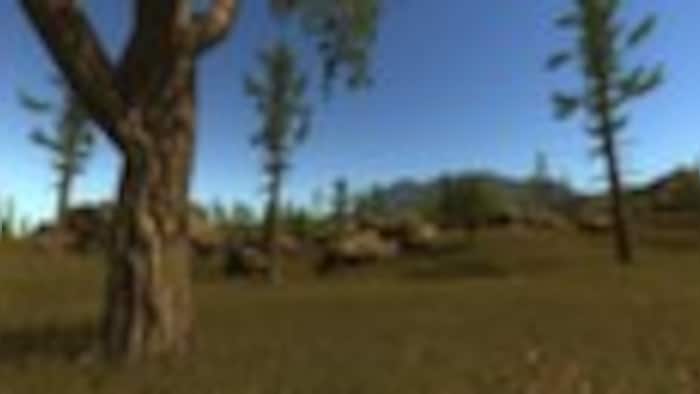 Rust is a survival game, where players have just one objective – to survive as long as possible. The idea is to join a server of your liking and have fun. The game is a sandbox with an open-world environment, and you can go wherever you want from the very beginning. You will have to scavenge for resources to craft some useful stuff, and if you survive long enough, you may be even able to start building a base of your own, where you could store more valuable loot, such as rare guns or armor pieces. Just be aware that when you leave the game, your base remains in the world, making it a potentially lucrative target for other players – they can choose to raid your base even when you’re offline. That’s why Rust is best played with a group of trusted friends, where everyone can watch each other’s back. You can always try to team up with strangers, but more often than not such fragile, temporary friendships will end with betrayal when you expect it the least.

If a realistic vision of war is the kind of experience you’re looking for, maybe Rising Storm 2: Vietnam will suit your needs. 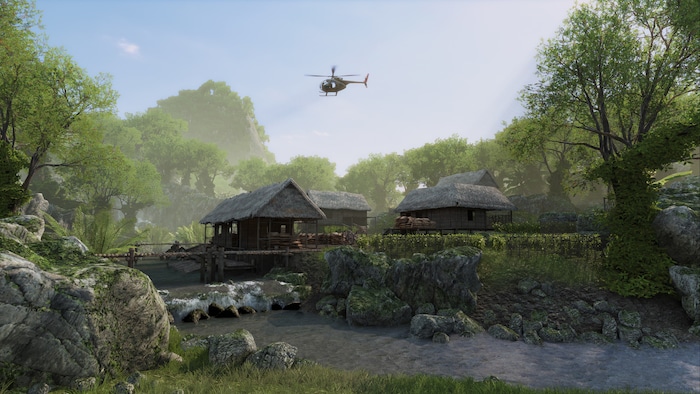 Rising Storm 2: Vietnam is a tactical shooter focused entirely on multiplayer. As the title suggests, the game revolves around the Vietnam conflict, where the Vietnamese forces fight against the US Army. As you join the game, you will be able to choose your character class, which will determine your role on the battlefield. For example, machine gunners are equipped with machine guns that can be used to provide the team with suppressive fire, pinning down enemy soldiers and allowing your teammates to advance, while sappers can use mines to defend crucial points, causing serious damage to unaware opponents. Teamwork is essential to win the game, and battles can have as many as 64 players fighting simultaneously, which easily makes RS2: Vietnam a worthy Squad alternative.

For the final game on the list, we’ve got a strong contender. Hell Let Loose managed to solve most of its early access problems and now it’s a game you wouldn’t want to miss.

Hell Let Loose is a team-based first-person shooter that focuses entirely on providing players with a solid multiplayer experience. The game features a WW2 setting and a realistic set of available faction-specific weapons to choose from, but most importantly, it features large-scale battles for up to 100 players fighting on one battlefield simultaneously. Players can choose to play as either Americans, Germans, or Soviets, and they can even choose what role they want to fill, from rifleman and engineer to anti-tank, support, and medic. There is even a place for the commander who will be responsible for deploying tanks and calling air support in hopes of tipping the scales in his faction’s favor. Additionally, the game looks amazing, which shouldn’t be too surprising, considering the fact that it’s the most recent title on the list.

Although Squad is a game that targets a specific audience of army enthusiasts, there are quite a few games that can be played once you get bored with it to get a similar kind of experience. Depending on how much cooperation you’re expecting to have and how much army-themed the game you’re looking for should be, there are some cool titles that deserve an honorable mention, including Escape from Tarkov, Battlefield 1, Tannenberg, Operation Flashpoint: Dragon Rising, Foxhole (if you want to try something else than an FPS), or even Planetside 2 (if you prefer sci-fi environments).

Hopefully, our list of the best Squad shooter games will be useful for some of our readers and will make the choice easier for you. Whichever game you’re going to choose, remember to have fun and hydrate regularly, especially during longer sessions of playing.