The Chernobyl disaster works like nothing else on the imagination, creating many original visions around the course of the events of this incident. Since this tragic day, many movies, books, series, and video games came to life, thanks to which we have the opportunity to delve into history and add something to it.

Facts and fantasy have always lived side by side, forming the conditions for constructing numerous fascinating scenarios on any topic. One of them is S.T.A.L.K.E.R. – a legendary multiplayer action game inspired by the works of the Strugatsky brothers, where we have the opportunity to play as researchers of anomalies occurring in Chernobyl. This title focuses not only on mindless shooting at monsters but also on a thorough exploration of irradiated areas, faithfully reflecting the dystopian atmosphere of the East.

The game has gathered many loyal fans worldwide who are currently longing for the latest part of the Stalker Series: Heart of Chernobyl. Its release will take place in December 2022, so players have to wait a while longer. However, to sweeten this time, we have prepared a few other substitutes to help you enjoy the unique atmosphere of your favorite survival gameplay. Here is a list of the best games like Stalker to play in 2022!

It is an action game from the Ukrainian Deep Shadows studio, with the action set on the tropical islands of the Caribbean Sea. Sounds too sunny for a Stalker-like game? Don’t worry – the gameplay atmosphere is strikingly similar. 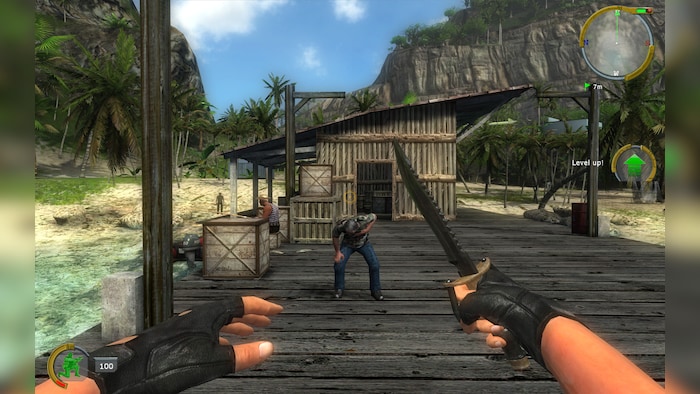 Venture to the Caribbean and discover a world of drug trafficking, street riots, and shady trades. Your task is to survive and complete the missions belonging to the main storyline. The gameplay resembles the Stalker video game with the details and similar mechanics that guarantee almost the similar satisfaction from the whole adventure.

It is the other video from Deep Shadows studio. This time, we are leaving the sunny Caribbean and moving to the galaxy of which you will become the ultimate conqueror! 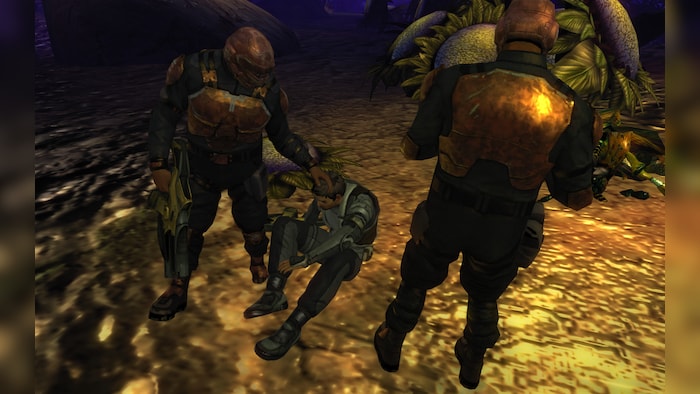 The goal is simple – find your place in the galaxy. The Precursors universe suffers from war and various minor conflicts. Factions fight for influence, trade, or rob distracted travelers. Getting there, you will decide your fate. This game focuses primarily on the player’s freedom, offering countless tasks, activities, and gameplay options.

It is an action game from the studio whose members worked on the S.T.A.L.K.E.R. video game. Get ready for the harsh Eastern conditions, multiplayer competition, and a complex political situation in a city completely cut off from the world. 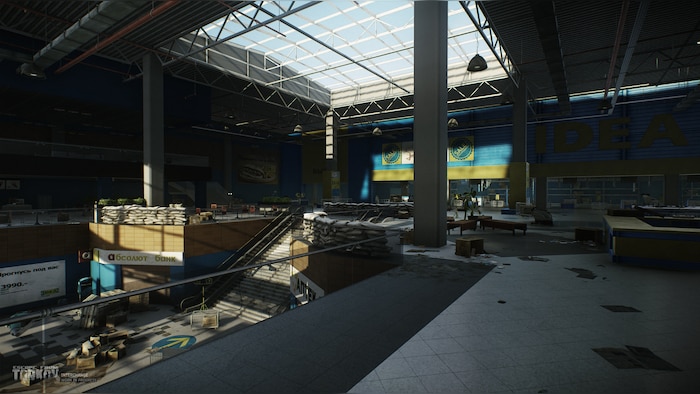 Three factions fight each other in Tarkov – a closed Russian city. Join one of them and fight to survive in the chaotic war circumstances. Explore, complete tasks, get better weapons and develop skills. The game combines PvE and PvP gameplay, so it is a challenge from the very first seconds. Become a lone wolf or join forces with other players to ensure your survival in this brutal world as long as possible.

It is a role-playing game inspired by the two classic parts of the legendary Fallout series. The conflict between the Soviet Union and the Western Bloc ended in a nuclear war. Earth is utterly devastated, and you are one of the few survivors. 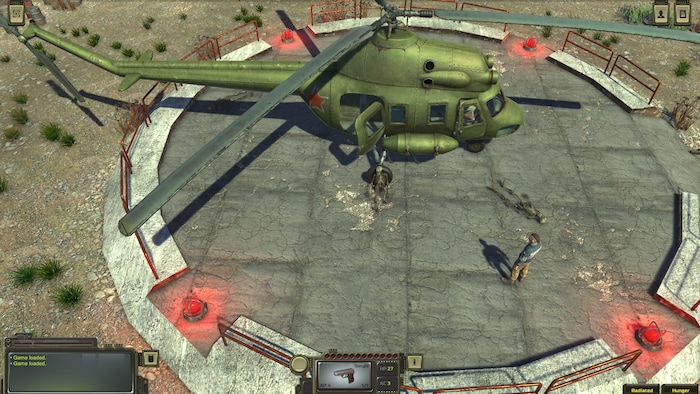 Like in old-school RPGs, you follow the action from an isometric perspective, and the combat is set in the turn-based system. Become one of the last survivors on the ruins of the former USSR! This game is an incredible opportunity to discover the old world in a completely new version. Explore, fight mutants, meet other survivors, and complete tasks. You can influence other people through dialogue options or fight every person you meet. Enjoy the freedom of the Atom RPG, and you will soon be on the track of a groundbreaking plot regarding the fate of all humanity.

It is a recommendation especially for fans of fighting hellish monsters and multiplayer competition, where everyone is a hunter and prey at the same time. Join the brutal game and do your best to win the trophy before it’s too late. 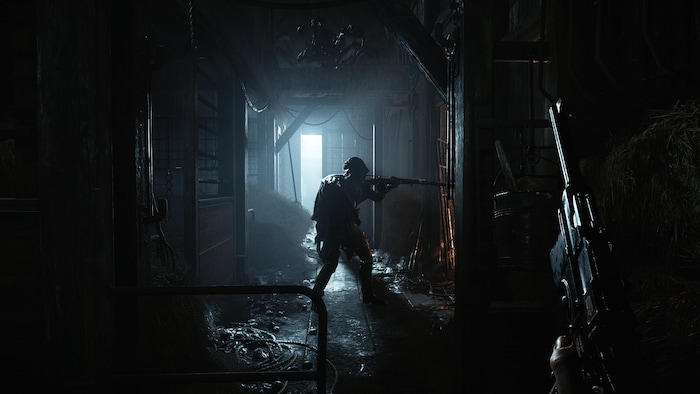 Play solo or in a team of two, and follow the hideous beasts to chase them back to Hell. This gameplay requires exploration, increased vigilance, and quick reflexes. Here, the enemy lurks at every step and losing equipment can be fatal. It is a game for fans of Playerunknown’s Battlegrounds but in a gloomy atmosphere typical for S.T.A.L.K.E.R.

It is a post-apocalyptic action video game with elements of survival horror based on the works of Dmitry Głuchowski. Discover a series of games where the ultimate fall of humanity finally happened, with the only survivors hiding in the darkness of the Moscow metro. 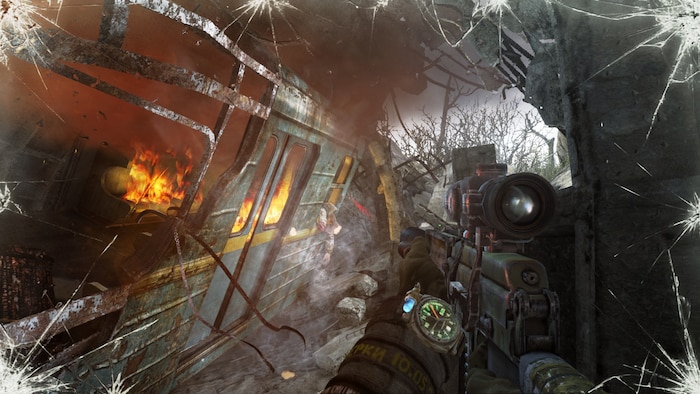 The Russian metro is the only home to survivors. The nuclear apocalypse has led to the mutation of animals living on the surface, which currently pose a mortal threat to the inhabitants of the underworld. Become one of the survivors and set off on a journey through the dark corners of the metro to save the remaining people and discover the secrets of this place. Prepare for combat, intense ammo shortage, and stealth. Like S.T.A.L.K.E.R., Metro offers the stuffy and dystopian nature of a story with less and less room for any hope.

It is an indie adventure video game with survival horror elements, which guarantees immersion at the level of games like Stalker. Play as Artemy Burakh and face an unstoppable enemy – a devastating plague. 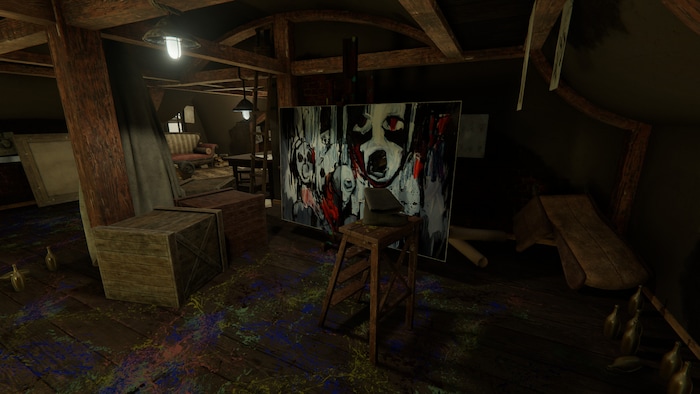 When your hero’s father dies, only you can help save people in a mysterious town on the river. Prove your innocence and do what you can to avoid becoming the victim of the epidemic yourself. Monitor your life functions and survive at all costs because only you can help the infected and unravel the mystery of the odd plague. When chaos rules the world, you have 12 days to deal with this tense situation.

Welcome to an MMOFPS video game with RPG elements from the Ukrainian Vostok Games studio. The title was developed in cooperation with the creators of the S.T.A.L.K.E.R. and features multiplayer survival competition in a post-apocalyptic world deprived of hope. 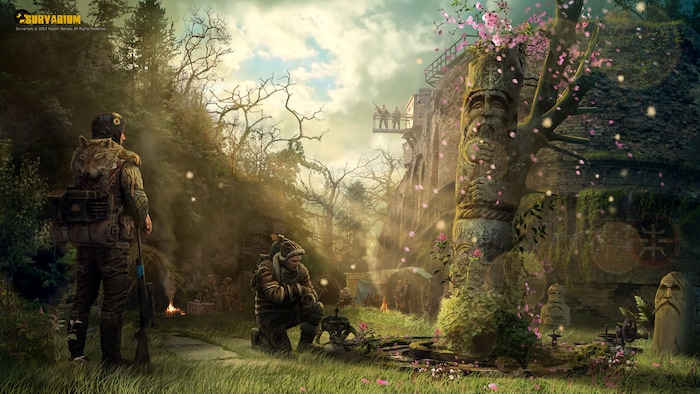 Humanity has fallen, and nature itself has taken the place of the undisputed master of the entire planet. The remaining survivors have to fight for survival against the wildlife and each other. Take part in this desperate battle, prove your combat skills, and use the realistic arsenal of weapons. Develop your character as you want and choose from several multiplayer game modes to feel even more captivated by this unique survival game.

It is an action video game with science fiction elements that will take you on a dramatic journey to the Chernobyl Exclusion Zone. By living the memories of lost love, you will go where the line between the real world and dream begins to blur. 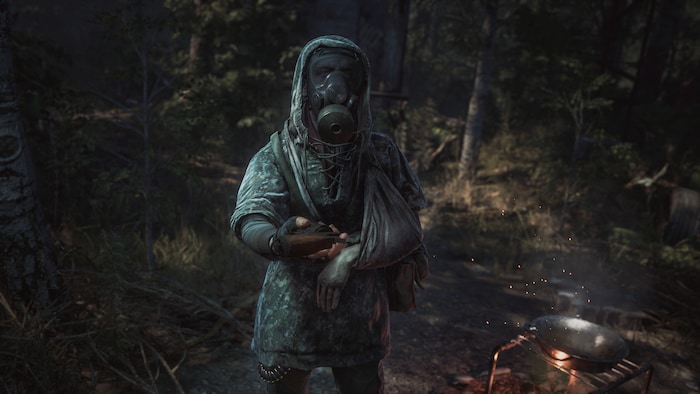 The day before the Chernobyl disaster, your loved one disappeared without a trace, but to this day, you cannot live with the loss. On a new track, set off to the location and solve this mystery. Explore, fight, avoid soldiers, and forge friendly relations with your allies. Construct a base and take care of your equipment to be ready for any trip. It’s a dangerous mission full of unexpected twists – be prepared for anything.

Welcome to the third installment in the post-apocalyptic role-playing series from Bethesda! The day has come when armed with the flagship Fallout gadgets, you can finally set off to the wastelands to find your long-lost father. 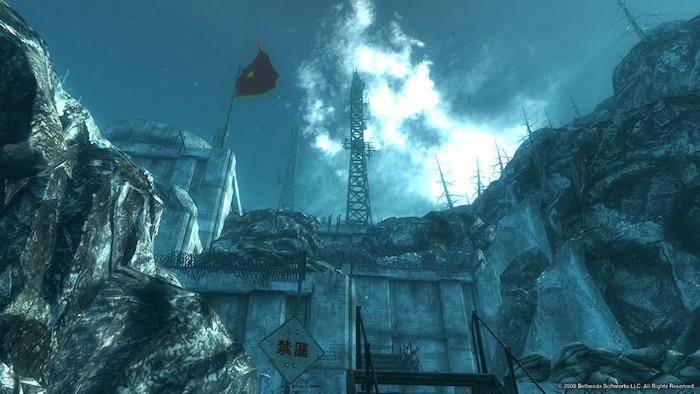 Create a character and get carried away by an extraordinary story about the hardships of survival in the wastelands. Embark on a journey that will affect your life forever. In this game, you decide how your story progresses. Explore, fight mutants, avoid radiation and encounter the inhabitants of ruined cities. Develop your character by assigning points to selected skills and using the equipment you find. Who knows, maybe you can survive in these ruthless wastelands?

It is an action video game with features of survival horror, released in 2017 by Acid Wizard Studio. See a world where existence equals survival. Are you ready to face your demons? 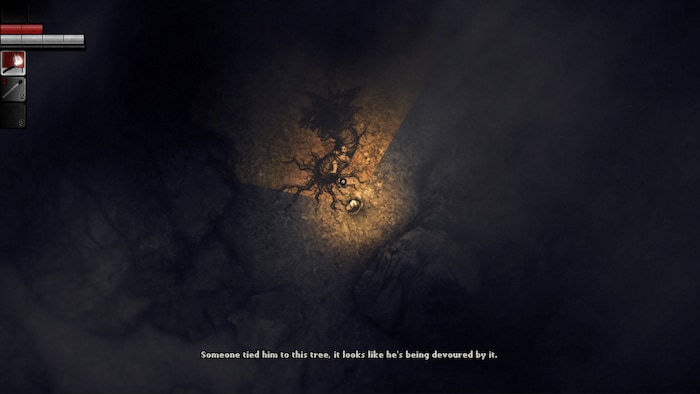 Darkwood takes place in a wooded area with your house right in the center. Life goes by its rhythm – you collect resources during the day, and after dark, you have to hide in your hut and defend yourself against powers of darkness. Monsters do not give up, and to fight off their attacks, you have to improve your defensives. Hurry up because madness is just around the corner!

It is a post-apocalyptic MMO action video game focusing on survival in a world overrun by zombies. But what will turn out to be the graver threat – the hordes of the undead or other players? 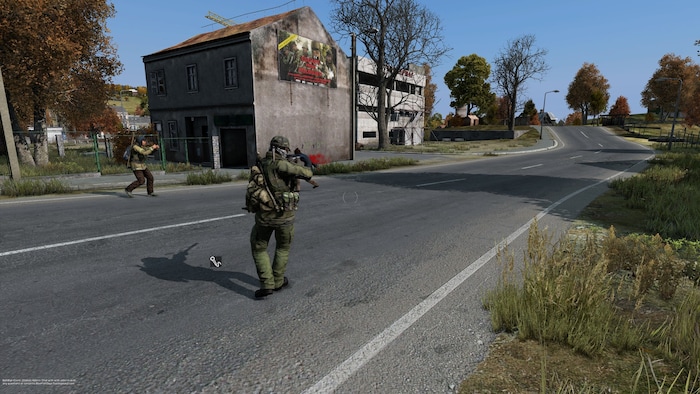 Move to a ruined post-communist land, full of breathtaking views and hundreds of unexpected threats. In this game, everything will want to kill you. Including other players! Explore, collect equipment, fight and survive at all costs. Monitor body temperature and food composition because the slightest mistake can be catastrophic. Who knows, maybe you’ll find friends in this game? Just remember that even your dearest friend can always stab you in the back.

Just like in S.T.A.L.K.E.R. the leading characters will have to face the unknown in this game. Travel to the Pandora planet and discover entirely new regions of this unpredictable location! 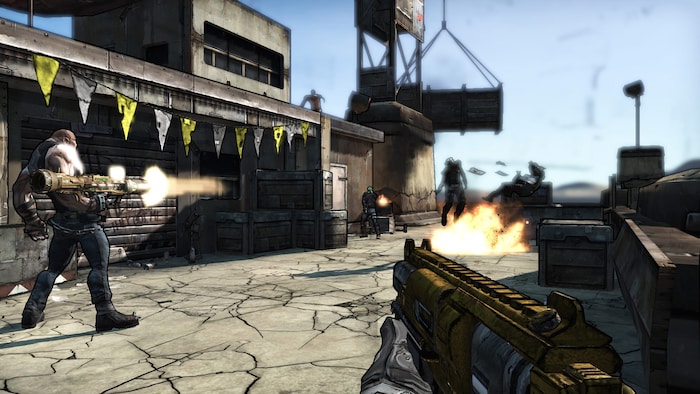 Borderlands 2 is a story about an intense fight between good and evil. Begin your adventure on Pandora and do whatever you can to end the reign of crazy Handsome Jack. On your side, you will find the heroes of the series known from the previous part and some new ones as well. Choose your character class and weapons and go straight into epic solo or co-op combat for up to four players.

Stalker series is an incredibly popular video game often discussed on Reddit by players from all countries. No wonder, as this is a game that captures the spirit of Chernobyl remains like no other title. It is painfully demanding, full of unexpected events and the gloomy charm for which the nations of Eastern Europe are well-known.

Yes, these recommendations are similar to Stalker games, but each features its own character, which does not necessarily have to appeal to the faithful fans of the GSC Game World title. Nevertheless, they are substitutes that deserve credit and offer comfort for those waiting for the release of Stalker: Heart of Chernobyl. And it’s definitely worth the wait because the second installment of this fantastic series appears to be quite promising!