Stardew Valley is something of a wonder. It was developed by a single person using a nickname ConcernedApe, over several years, and it gained a devoted following overnight.

Contrary to very detailed and realistic games such as the Farming Simulator series, Stardew Valley is happy to abstract some of the more tedious aspects of running a farm in favor of energy/time management, as well as using the space in the most efficient way. Other things can be done with a click or two. It also has a charming art style and offers plenty of activities besides just tending your farm, such as delving the inexplicably dungeon-like mines.

However, one can play a single game for only so long, no matter how good it is. We have prepared a small list of games which may appeal to someone who has enjoyed their time with Stardew Valley and seeks experiences which are similar to it in some aspect. But first, let’s discuss the defining features of Stardew Valley so that useful comparisons can be made. 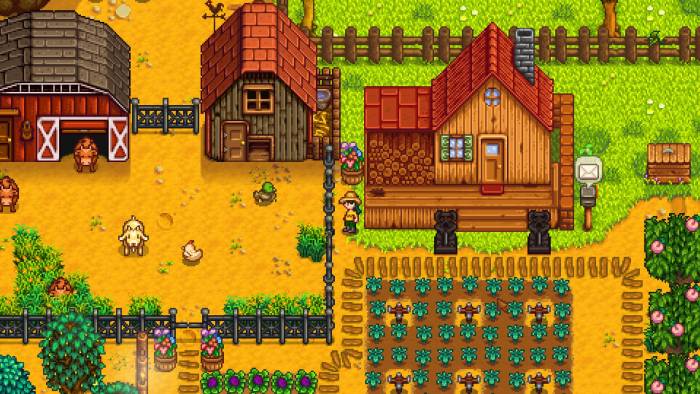 The core idea of Stardew Valley is running a functional farm. It involves many different things, such as pruning the weeds, devising a good plan for watering your plants, remembering to harvest fruit and vegetables, feed animals, etc.

Eventually, you will be able to automate certain aspects, and your farm will be sensible, and perhaps even aesthetically, organized, with a carefully chosen area for everything, bees and beets, and all. Much of the produce you’ll then get to trade in in return for various supplies or to complete a quest. 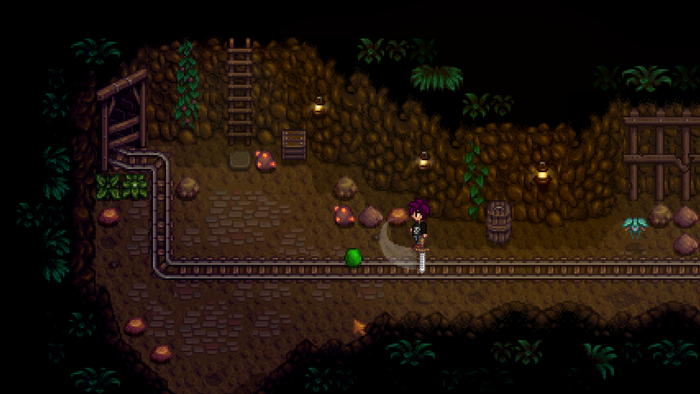 There is a deep mine to be found in the mountains in Stardew Valley, and the player character is encouraged to explore it. The mine, going 120 levels deep, hide valuable resources, but also monsters to defeat. The mines are also the area where the player can encounter a special NPC, the Dwarf, selling items useful in the exploration of the dungeon, decorative items, and blueprints. Some of Stardew Valley quests involve exploring the mines.

Stardew Valley has a distinctive art style inspired by classic 32-bit games. It is a tribute to Harvest Moon in particular. The visual style is clear and very easy to parse, while also skilfully evoking nostalgia in players who have played such games as children.

Interactions with inhabitants of the area 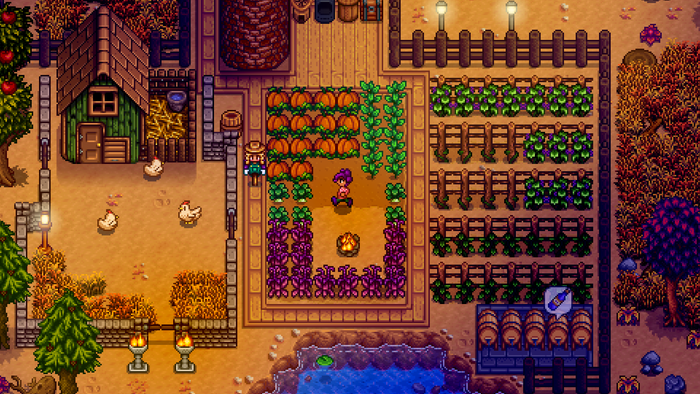 The protagonist of Stardew Valley gets to interact and form bonds with people living in the nearby Pelican Town, as well as other accessible areas. Eventually, friendships can be turned into lasting relationships, and the game has a dozen possible spouses.

Now that we know the basics components of Stardew Valley, we can bring up some games which have some of them in common with ConcernedApe’s production.

Slime Rancher is a delightful game. The titular slimes are blobby, friendly-looking creatures, which seem perfectly happy being vacuumed into a fancy backpack to be released into their enclosures later.

A bulk of the game is spent collecting the slimes and feeding them their favorite food so that they produce “plorts” for you to sell on the market. Newbucks earned this way can be spent on upgrades for your ranch. Despite two differences that can be spotted right away—the first-person camera and a friendly-looking 3-dimensional world—the idea of maintaining and managing your own ranch, complete with growing food for your slimes to eat, and selling produce on a market are obvious similarities to ConcernedApe’s game.

Graveyard Keeper is a curious game which possibly wouldn’t have come to be without the popularity of Stardew Valley. It is a humorous game about being a person who needs to run a cemetery of a Medieval town.

You get to select the plots for the graves, conduct autopsies on corpses before preparing them for the coffin, you also can participate in events in the nearby town, such as burning of a heretic… There’s a lot to do in this game, and we haven’t even covered crafting or tending to your own vegetable patch. The game is obviously comedic in nature, as opposed to serene sincerity of Stardew Valley or bubbly friendliness of Slime Rancher, but it’s still quite an interesting management game with an unusual premise. It’s effectively SDV but about running a cemetery.

Released in 2019, My Time at Portia has a premise very similar to Stardew Valley. While in SDV your character gets a farm from their grandmother, in MTAP it’s a workshop from their father.

In both, you need to turn a failing enterprise into a thriving business through hard work and micromanaging. Just like in SDV you’ll get to make many new friends, rebuild the town to improve the life of the community, and make your way through dungeons stretching deep and wide beneath the town. If you can brave the dangers it hides, the spoils will be yours for the taking.

While Stardew Valley has a definitely Western theme (it could easily take place in Europe or the United States), The Islander is more Polynesia-inspired.

Despite the change of scenery, many aspects stay the same. Your goal is still to establish your own farm in a limited area. Harvest crops, rear animals, build and decorate your house. If you fancy a setting different from SDV’s, check this one out.

Staxel is a middle point between Minecraft’s blocky aesthetic and Stardew Valley’s core gameplay. Everything you’d expect after having played SDV is in here: growing crops, taking care of livestock, making friends, shaping the land to suit your needs.

Contrary to Stardew Valley, Staxel was also designed with multiplayer in mind, so it has a number of well-integrated functionalities if you want to share the fun with your friends. Remake the world according to your whims, don’t feel limited to only your farm.

Kynseed looks every bit like Stardew Valley, but it is also quite different from it in several crucial aspects. While SDV exists in a timeless land where people don’t get old, Kynseed is all about the passage of years and adding building blocks to your family’s prosperity and legacy.

You get to run a farm, of course, but you can also play pranks on your neighbors, explore the lore of the fantasy land the game takes place in, or trade years of your life to a mysterious being for magic items. Whatever one generation manages to accomplish is passed on to the next, including wealth and powers gained from adventures.

This concludes our list of suggestions which may appeal to someone who has enjoyed certain aspects of Stardew Valley and seeks a similar experience. Whether the similarity lies in the farming theme, the management-based gameplay, or something as elusive as a family legacy, there’s something here for everyone.