G2A.COM  G2A News Features Games similar to Among US and Town Of Salem

Among Us and Town Of Salem are representatives of a rare genre of social deduction games. Players – similarly to the tabletop game of Cluedo – must figure out the identity of the murderer among them before everyone falls their victim.

During the dire time of COVID-19, these outlets of social interaction kept the players going, connecting them with friends if only to find out one of them was a traitor. Aside from these two indie titles, other games put the players in the shoes of a culprit-chasing investigator.

The Best Games Similar to Among US and Town Of Salem 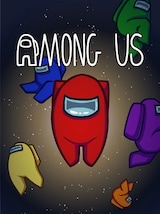 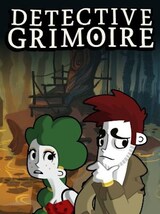 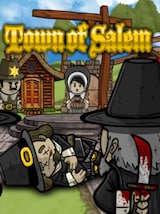 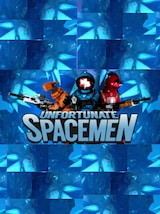 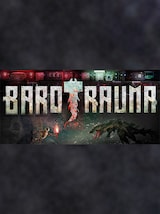 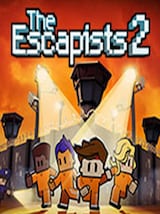 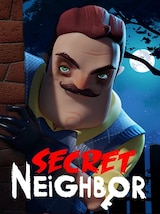 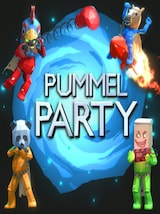 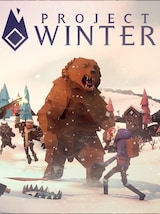 First on our list is the game of 2020 social distancing, next to Animal Crossing: New Horizons. Among Us was released 2 years ago and went by mostly unnoticed by a wider audience. It was only when the global pandemic hit, and the players were searching for something to distract themselves from the glum reality that the game was rediscovered and gained a cult following.

The premise of the game is simple – the players are divided into two teams of crewmates of a space station and alien imposters. The imposters’ job is to sabotage the station’s operation, kill the crewmates, and avoid being ousted. The crewmates must work together to keep the station running and discover the identity of the aliens at the same time. The task will not be easy because while the imposters know each other’s identity, the crewmates do not, leading to mutual suspicion and mistrust. The game received solid reviews and has become one of the most popular games of 2020, with over 150,000 active players.

Unlike Among Us, Detective Grimoire features only one protagonist, the titular detective who arrives in a tourist trap swamp area. The swamp is haunted by a monster responsible for multiple deaths. The player has to search for clues and question witnesses to find out the identity of the killer.

Detective Grimoire’s gameplay is of a more straightforward, point-and-click variety than AU. Lack of multiplayer makes the game a little bit dull compared to the excitement of competing against live players, but the title still has a lot to offer to those who like murder mystery stories. Detective Grimoire received positive reviews from the critics, who praised the game’s story, voice-acting, and visuals.

The next game on our list of titles similar to Among Us actually predates that title by four years. Town of Salem features similar gameplay mechanics as InnerSloth’s production but puts an additional spin on them thanks to its premise, based on historical witch trials in Salem, Massachusetts.

In Town of Salem, the players become the citizen of the titular location, divided into three groups – Town, Mafia, and Neutrals. Each group has its own victory conditions, e.g., eliminating all villains from the community, killing those who will not submit, and personal win conditions for Neutrals, among whom there is a witch who must remain undetected to win the game. Similarly to Among Us, Town of Salem received positive reviews and became an instant classic among the players.

Unfortunate Spacemen are really unfortunate. Stranded on a damaged space station, they must carry out any necessary repairs to keep it going before the rescue arrives. The task will not be as easy because one of them is an alien in disguise, waiting for a chance to strike.

The game’s premise combines the plot points of John Carpenter’s The Thing and Dead Space game series. The alien player can use their human form to sabotage elements of the station, leading the remaining players into a trap or assume the monstrous form and face the crew head-on. The players on the other side will have to work together not only to keep the station operational but to face the monster hiding in their midst. Unfortunate Spacemen received many positive opinions from the players on Steam.

Deceit follows a similar premise as Unfortunate Spacemen. The players find themselves prisoners of a mysterious Game Master, who informs that some of them are infected with a virus and tasked with killing the rest. Thus begins an uneasy game of deceit, where the players must cooperate to escape the Game Masters’ trap and watch out for the infected.

The game is divided into two phases – day and night. During the day, players collect necessary items and decide on the identity of the potential infected by killing them. During the night phase, the healthy players must fix the fuses to proceed towards the end of the level, while the infected transform into monstrous forms and hunt the remaining players. Deceit was met with positive reception from the Steam community.

Barotrauma takes the players into one of the most dangerous environments of all – outer space. The players’ task is to operate a research station on one of Jupiter’s moons – Europa. As the players work together to expand the station, it becomes clear that one of them is not who they say they are.

Barotrauma employs similar gameplay mechanics as Ludeon Studios’ Rimoworld – the players operate the station, equipping it with new installations and fixing damaged mechanisms. The trick is that one of them is a traitor, whose job is to kill every member of the crew. Finding out who will test the players’ deductions kills and put their trust in each other to a test. Barotrauma received positive critical reception on Steam.

Not exactly following the premise of “find out who the bad guy is or die”, The Escapists provide a fun respite from all the suspicion and trust issues with a fun little tour of the inner working of a prison.

The game gives the player a chance to taste the life behind bars as a prisoner in one of 10 corrections facilities. Each one has its own escape routes, and discovering them will be the key to busting your way out of the can. Collecting items is also an important aspect of the gameplay – some of them can be combined into more complex tools, very useful in planning your escape. Thanks to its colorful graphics, player leaderboards, and plenty of gameplay variety, The Escapists received positive reviews from the players.

A spinoff of a horror game Hello Neighbor, Secret Neighbor is a social multiplayer horror game in which a group of kids must navigate the house of their scary neighbor to discover the content of his basement. Their mission won’t be easy as the man doesn’t take kindly to trespassers, and his house is filled with traps to ward them off.

The gameplay mechanics are similar to that in Dead by Daylight – one of the players acts as the Neighbor while the rest do their best to avoid them. The players can choose various classes for both the little burglars and the man of the house – each class provides different boosts, such as increased speed and storage for the kids or more powerful traps for the Neighbor. Secret Neighbor was met with positive reviews.

It is likely that Among Us and Town of Salem have ruined quite a few friendships. Trust was permanently broken when someone you thought was your best bud jettisons you into dark space. Sparking of friendships, have you tried Pummel Party yet? It’s a great party game that will help you rebuild broken bonds…or not.

In a way, Pummel Party plays similarly to the games in the Worms series and Mario Party. The players choose their avatar and run around the playing field, trying to eliminate others with a variety of weapons and environmental hazards, as well as participating in many mini-games. The players can play solo or work together to take down their opponents… and then each other. Alas, the winner can be only one. Engaging gameplay and a variety of mini-games gathered Pummel Party positive reviews from the players.

The last game on our list definitely lives up to the creed of Among Us and Town of Salem. Taking the roles of a group of survivors in the frozen tundra, the players must work together to survive in the unwelcoming environment. Their task will be hindered by traitors in their midst. Will they find out who jeopardizes the group and eliminate them before the cold takes over?

An interesting feature of Project Winter is the division of power between the survivors and traitors. The group has access to better equipment and resources that allow survival, while the rats are at the mercy of the elements. Infiltrating the group and using their strengths as an advantage is a key to winning the game as the bad apples in the batch. Project Winter was met with a very positive reception form the players.

Trust no one and deceive them all

The players of the games like Among Us or Town of Salem claim that these titles gave them permanent trust issues. Steam reviews and message boards are filled with terrifying stories of hurt feelings and broken friendships.

Take caution before trying any of them with your best buds – you never know who will turn out to be a backstabber. And if you play on the side of the monsters, then have fun leading your friends by the tips of their noses.