It’s time to gather your thoughts and get ready to commit many hours of daylight to being at school, listening to teachers and mingling with friends. But that also means having less time to unwind by playing games… or does it?

We’re here to present you with a few options you could easily deploy on a school computer. We’re not talking about educational games or scientific simulators. Instead, it’s about a few ways to relax or spend free time left after you’ve already completed the task during an IT class. We’ve got some single player classics, an online multiplayer, and even something to spark your creativity.

And most important of all: all of that can be played in a browser, which makes all these games extremely easy to turn off if the teacher teleports behind you.

It’s debatable whether QWOP is a game or a torture software, but it’s undeniable that when you fire it up someone is going to have a lot of fun.

“QWOP” is not only a bizarre title, it’s also the full control scheme, letting you move an Olympic sprinter’s thighs and calves. If it sounds easy, hello, we hope you’ll get a ton of fun with QWOP and we’re happy we could introduce you to it. 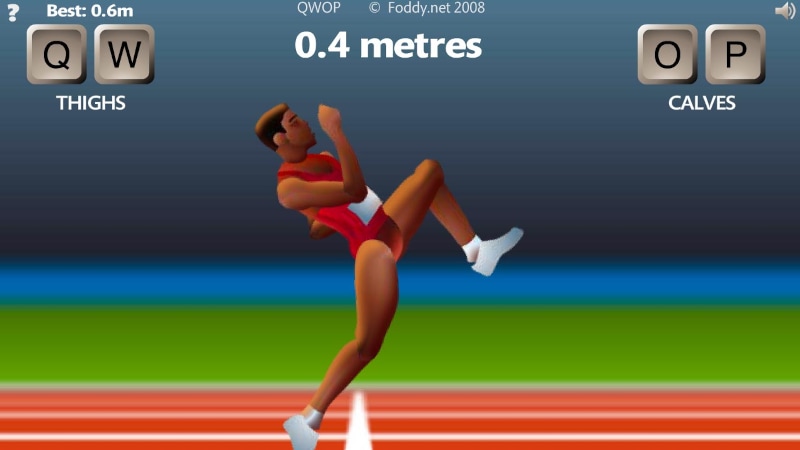 Jokes aside, QWOP is a famously impenetrable game designed by the man who is behind the infuriating glory of Getting Over It with Bennet Foddy. The seemingly simple task of crossing a 100m line is complicated by the fact that the sprinter doesn’t know how to walk or stay upright, so you’re fighting with controls, gravity, and your inevitably mounting frustration. But it IS very fun.

Although Vampire Survivors is available on Steam, it also has a completely free browser version you can play for free, no registration required.

The browser version is nominally the demo of the full game, but despite being limited compared to Steam, it’s still more than enough to deliver a ton of fun in a short amount of time, and it even has a bit of the full version’s progression system! 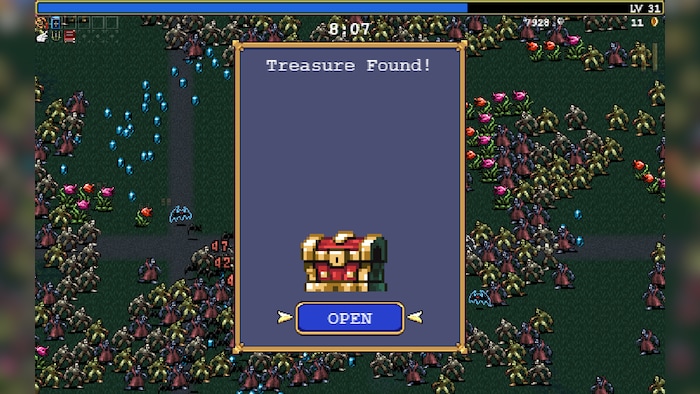 It’s also a game that’s easy to get the hang of. Your character attacks automatically, your job is to maneuver around, gather drops, and develop builds through items and upgrades. Vampire Survivors is strangely engaging, looks a lot like old-school Castlevanias, and most runs tend to end in an exciting swarm of enemies converging on your location. Death is a matter of time.

You might be familiar with Plague Inc. Evolved, but did you know that it’s a spiritual successor to Pandemic and Pandemic 2, games which spawned their own memes back in the day and made an entire generation wary of messing with island nations.

It’s far from the freshest apple in the basket, but despite its age it remains as fun as ever, and perfect for a quick game between classes. 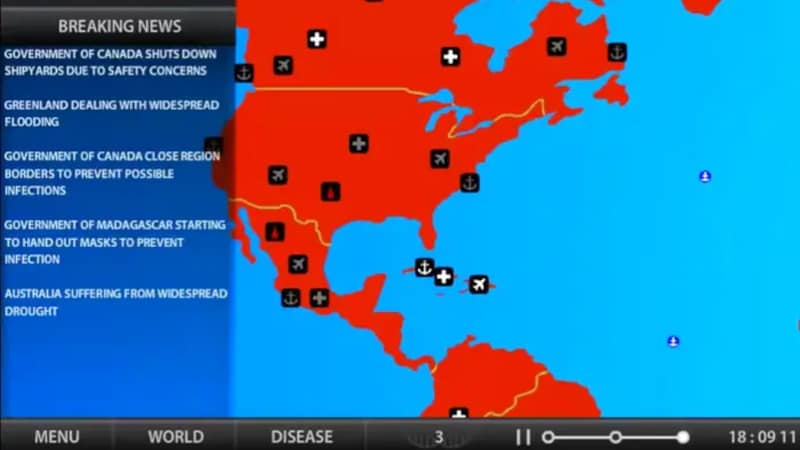 The premise is simple: you pick a pathogen and unleash it upon the world, evolving it over time to develop new symptoms, build up resistances, and form new transmission methods. The goal is equally simple: leaving no human left alive. It takes quite a bit of effort and careful planning, however, because certain regions are quick to close their borders to prevent spread.

If you’d prefer to spend time doing something more relaxing, perhaps a puzzle game, you should check out UnpuzzleX, a nice little game about disassembling a jigsaw puzzle, piece by piece. Of course, it’s not quite as simple: pieces can only move in certain directions determined by their types and connections to other tiles. 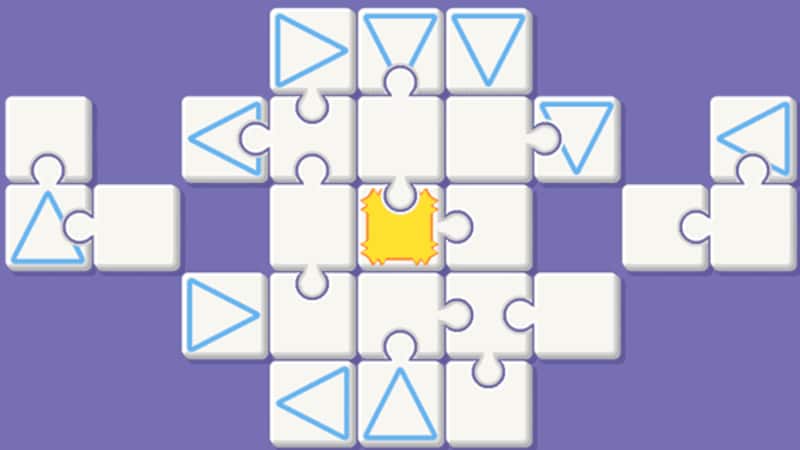 For example, pieces with arrows can only be flicked in the depicted direction, while tiles marked with orange symbols can be freely smashed into. As usual with puzzle games, the complexity grows with every cleared stage, but friendly colors, calming music, and simple designs make UnpuzzleX and its siblings a very pleasant way to stretch your braincells.

Don’t let yourself be deceived: The Impossible Quiz is not a quiz at all, it’s a vicious puzzle game which gets more and more abstract with every “question” you answer.

Where UnpuzzleX is mostly pretty chill and relaxing, The Impossible Quiz seems to thrive on causing frustration. And, admittedly, it’s a very fun frustration, because when you figure out the given puzzle, it does come as a relief. 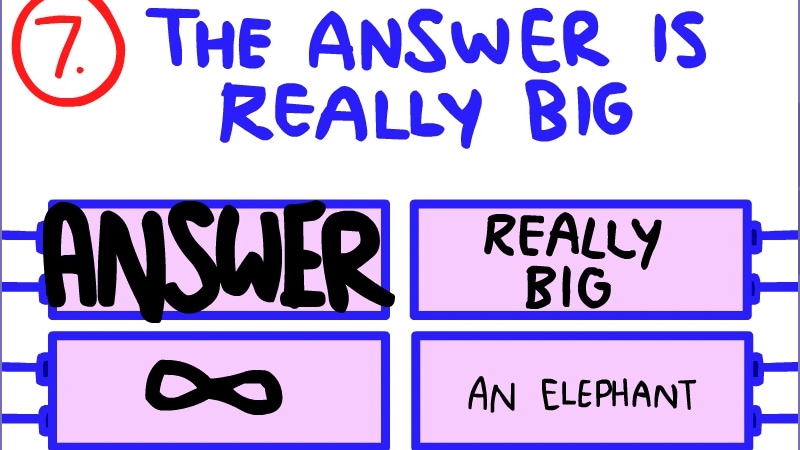 There are several installments of the game, and they are all appropriately impossible. Sometimes you need to trick the app itself or think laterally. Other times, you might need to figure out a pun answer. The point is: it’s never just a trivia, or a straightforward solution. To make things even more impossible, you have limited lives, and sometimes there’s even a time limit. Good luck.

Agar.io is certainly a game. Deciding what kind of game it is, however, is more difficult.

You’re controlling a big circle with a life mission of eating smaller circles. Initially that means consuming random dots hanging out on the map, but eventually you’ll grow enough to eat other players’ circles. It’s effectively a game of eat or be eaten, with geometric shapes as protagonists. 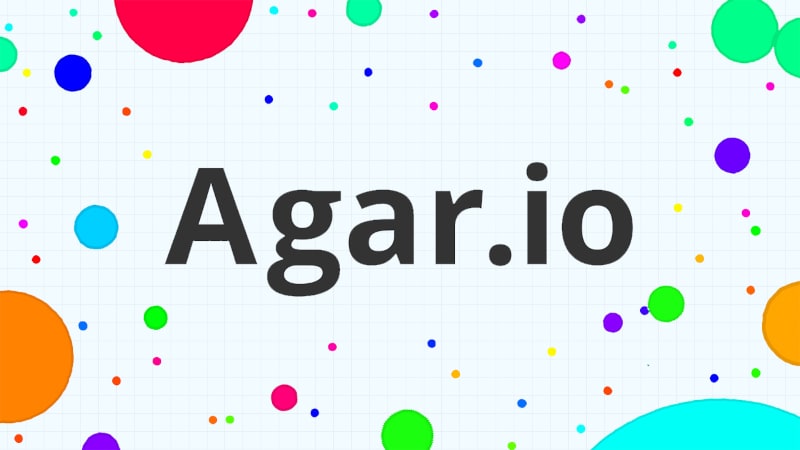 There are several modes to choose from, including a free-for-all and team deathmatch, so you can mix things up. There’s even a simple skin system letting everyone customize their circles. There certainly is place for skill in Agar.io, but the core gameplay is very simple, which works to the game’s benefit: it’s very easy to pick up, eat a few dots and circles, and unwind for a moment.

Returning back to the Rogue-like areas, if you’d like something quite close to the game which created the genre, take a look at Dungeon Crawl: Stone Soup.

Your mission is to descend into the vast dungeon, retrieve the Orb of Zot, and come back out. Of course, the journey will be dangerous, and uncertain, as DCSS uses a mix or hand-made and randomly generated levels. 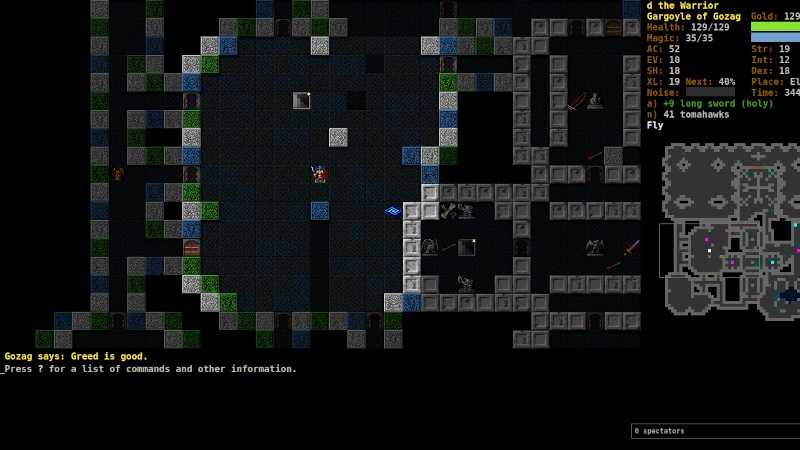 There’s also, of course, a progression system, but you begin each run by selecting from a list of species and backgrounds, which define your starting skillsets. Dungeon Crawl: Stone Soup uses graphical tiles to make its dungeons easier to read, but it’s an optional setting, in case you’d prefer something more traditional. Either way, it’s an excellent, complex, old-school roguelike.

Admittedly, Townscaper is less of a game and more of city-building toy, reacting procedurally to any new blocks you decide to plop onto the grid or previous structures.

The buildings reshape to create balconies and plazas, deleted blocks might be replaced with metal supports, and everything is presented in pastel colors and rounded shapes. It’s about as friendly as it could get. 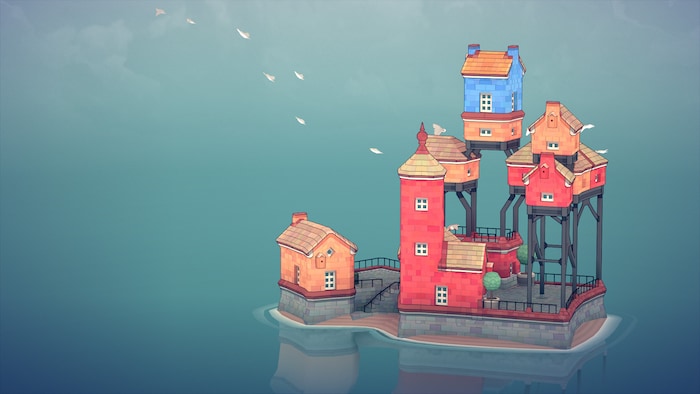 And the best part is that you can play this for free in your browser. It’s technically just a demo, but the main difference between that and the full version available on Steam is the grid size, understandably smaller than the full version’s. It won’t give you an adrenaline rush, but Townscaper is just pleasant, and discovering the rules of the procedural generation can be quite satisfying.

Cave FRVR is a game about steering a landing craft through increasingly complicated caves.

The problems ahead include falling rocks, homing missiles, lasers, and dwindling fuel reserves. On the flipside, the ships (many various types) are upgradeable, both in a linear manner and through randomly discovered gear, like better engines. 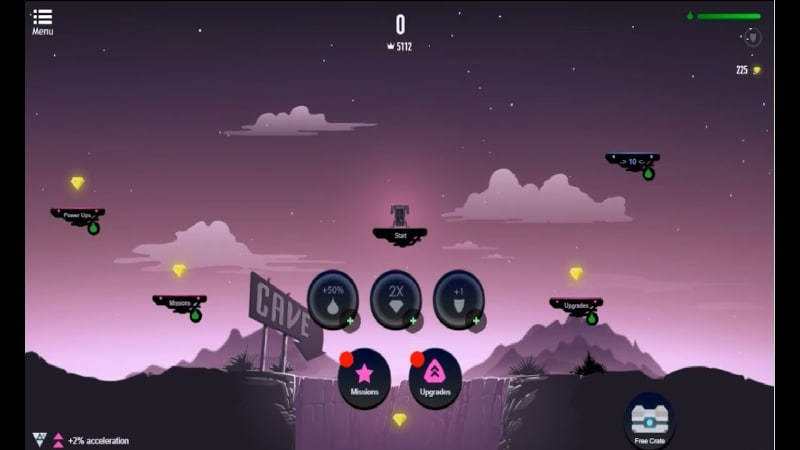 To spice things up, there are also special challenges, which not only teleport you further down the caves on completion, but also give a good chance for a better gear or rare power-ups. Between simple gameplay idea, tangible progression, various challenges and task to complete, and relaxing music, Cave FRVR is a great game for a quick play session.

Now let’s look at a game which lets your creative, or maybe sadistic, side shine.

The task is simple: you’re designing a slope for a kid on a sled to slide down. That’s it. Line Rider uses a simple, but sensible physics system to measure speed, momentum, angles, etc. which decides whether the kid will clear the loop-de-loop you created, or just stops at the bottom, sad and disappointed. 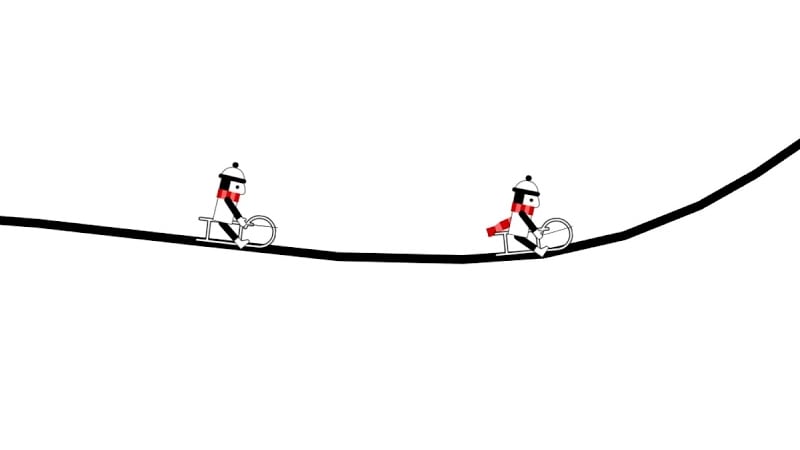 With enough trial, error, and determination you can create really complex, long, dynamic routes filled with jumps, ramps, and risky falls. There isn’t really an end goal in sight, other than making sure the kid gets a fun ride…or crashes and falls off the sled in a funny way. It’s up to you, really. The point is, it’s a neat, simple game which makes it fun to play with its physics.

Let’s close the list with some nasty demons in need of being removed from the premises.

There is little need to introduce Doom. Not only was it wonderfully revived in 2016 (Doom, and Doom Eternal from 2020), but the original has been launched on virtually everything with electronic elements. And that includes your friendly internet browser of choice. Indeed, you can play Doom for free without issue. 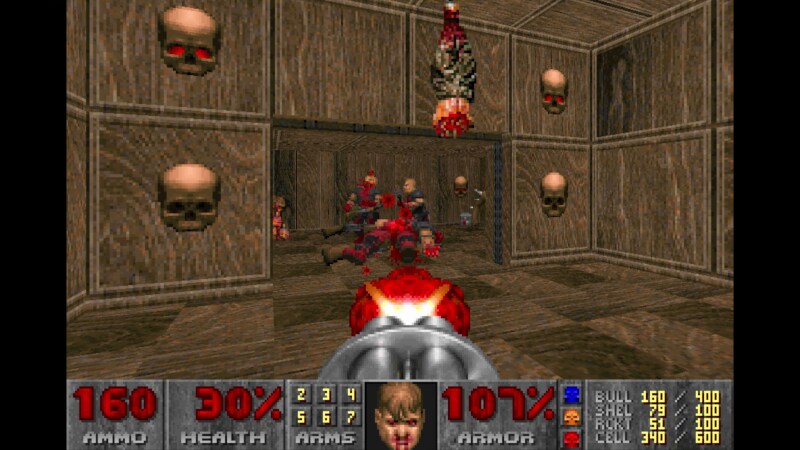 It’s probably the oldest game on the list by a good margin, but despite its age, it remains a great FPS, if you can get used to getting around with mouse controls. And admittedly archaic, but also still charming retro graphics. There are several levels available, which is more than enough for a quick Doom session between classes. Now go and teach these demons about Mars diplomacy.

Look out! They’re behind you!

Okay, that was a false alarm.

Hopefully you’ve found just the kind of game you’d want to spend your recess with, or always keep running on a muted tab in your laptop, even though you know you shouldn’t. Of course, we can’t guarantee all games will be unblocked, or that your school will never block them if they catch students playing too much. However, there’s a good chance you won’t encounter any problems.