Ah, time-travel. What would we give to go back to the past and/or future, to undo mistakes or see how our life will look like in 20 years. So far, such luck was only available to the characters of novels, movies, and video games. We witnessed 19th-century scientists explore the mysteries of the future in H.G. Wells’ Time Machine. We saw Marty McFly help his bumbling father declare his love for Marty’s mom in Back to the Future.

The Top Games with Time-Travel

TimeSplitters: Future Perfect is the third installment in the time-traveling first-person shooter series. The protagonist, Sergeant Cortez, travels through time to stop a mysterious group who disrupt the time-space continuum, using the titular TimeSplitters.

Bill & Ted’s Excellent Adventure, a cult-classic 80s hit, presents an interesting take on time-travel. Instead of stopping a mad scientist or making sure your parents fall in love, Bill and Ted use the time machine given to them by mysterious Rufus to ace their history report, upon which rests the fate of the future.

The temporal adventure of Crono, Marie, and Lucca is one of the oldest games on our list to deal with the theme of time travel with such complexity. The story of Chrono Trigger pits the characters against insurmountable odds as they travel through time to stop the imminent apocalypse.

Despite its title, Croteam’ Serious Sam: The First Encounter is just as serious as the 50s movies about aliens. The plot is paper-thin and serves only to justify a brutal massacre of alien monsters using various weapons, from shotguns to laser-cannons and rocket launchers to oversized howitzers, firing explosive cannonballs.

Onimusha 3: Demon Siege in a hack and slash game inspired by the historical events of the Sengoku Period. That’s it. That’s the game. Also, there’s a samurai guy and an army of monsters, but let’s be honest – it’s mostly Jean Reno.

Ah, Kingdom Hearts. Where would we be without you and the Square Enix/Disney corporate synergy you represent. Probably in a place with fewer memes, as the game in the series provided us with plenty of opportunities to laugh at characters like Donald, Goofy, and Mickey acting like super serious jRPG protagonists. 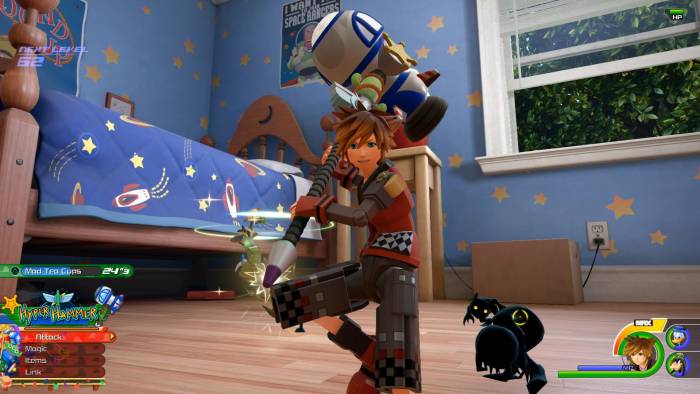 The third installment of the game takes Sora back to the world of Kingdom Hearts, where he once again will face Ansem and Organization XIII...I guess? It’s really complicated, and if you can figure out the plot and who is who’s of this series, then wow. Anyway, there’s a time travel subplot, so KH III fits the bill of our list. Fans of convoluted action-jRPGs will feel right at home with this one.

One of the most charming games to ever grace the consoles, featuring graphics inspired by Japanese watercolor painting and excellent action gameplay mechanics. Okami tells the story of Amaterasu, the Sun Goddess, who returns to Earth after a hundreds-year-long absence. Alongside Issun, a wandering poet and warrior the size of a pea, she must face the threat of Orochi, a demon accidentally released from his slumber by Susano, a cowardly warrior trying to prove his greatness.

Sly Cooper is another platform title on our list. This time, the furry protagonist and his gang of thieves embark on a journey throughout time to stop the erasure of their history. The game features the classic mechanics of the series, focusing on stealth and maneuvering.

The first installment of the Sands of Time trilogy brought in the mechanics that the series would be associated with for years. Aside from the usual PoP exploration and platforming, the player could use the titular Sands to manipulate time: slow it down, turn it back, etc.

God of War series was unlike anything the players had ever seen. Brutal, sensual, epic – these are only a few words that come to mind when thinking about Santa Monica Studio’s creation. Especially the second installment of the series, which saw Kratos ascended and soon dethroned from his seat at the Olympus, would wow the players with its visuals and mechanics.

Ratchet and Clank’s adventure in the third installment of the Future series takes them throughout time and space to stop evil Dr. Nefarious from using the legendary Great Clock to destroy the universe. As the title suggests, the game leans heavily into the time-traveling theme, allowing the player to visit planets at different times.

Life is Strange is an episodic adventure game with branching storylines and a nice time-traveling twist. Our protagonist, a teenage girl named Max Caufield, discovers she has the power to manipulate time. Thi discovery coincides with her estranged friend Chloe returning to town and foreboding dreams of a looming storm. 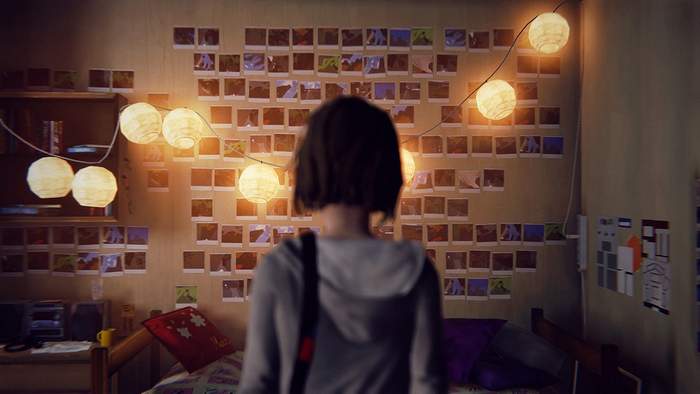 Ocarina of Time is considered one of the most memorable installment of The Legend of Zelda franchise. There are a few reasons for that, but we’ll focus only on one of them – time travel.