The fifth installment of the cult-classic series had everything a GTA game should have: an open-world environment full of content, more or less complex main characters, engaging story missions, and sidequests, and so much more. In the opinions of many gamers and critics alike, the number 5 was the most complete Grand Theft Auto title in the history of the series.

However, a real GTA game would be nothing without one small detail – cheats. They have been present in the series from the very beginning. Thanks to them, the players were given a chance to cause some chaos in the city or easily evade arrest from the ever-vigilant law enforcement. The cheats made their return in GTA V. While there are certain limitations as to when and how the player can use them, they still can bring a ton of joy to the players who decide to do it.

Tearing Los Santos apart with superior firepower or exploring the city and the surrounding areas in a variety of spawnable vehicles are only a few of the reasons the player should consider cheating a little. Let’s cause some damage and get away with murder thanks to these excellent Grand Theft Auto V cheat codes.

For starters, let’s talk about how to get the Grand Theft Auto V cheats working on various devices. There are three ways of entering the codes: using a combination of gamepad buttons, entering the code in a command box (on PC) and dialing a number on the characters’ in-game phone. The last one is a transfer from GTA IV, the first HD title in the series.

It’s up to you which way of entering the cheats you’ll use, and each of them has its advantages. Punching in the button combination is, in our opinion, the easiest, least time-consuming way. Soon enough, you’ll be entering the codes mechanically, not even looking away from the screen.

There are a million ways to die in Grand Theft Auto V. From pissing off a pedestrian to getting involved in a firefight with a street gang, Los Santos has plenty of ways how to send you into a hospital. And thanks to the brilliant American healthcare system, bringing your character to life will set you back around five grand. 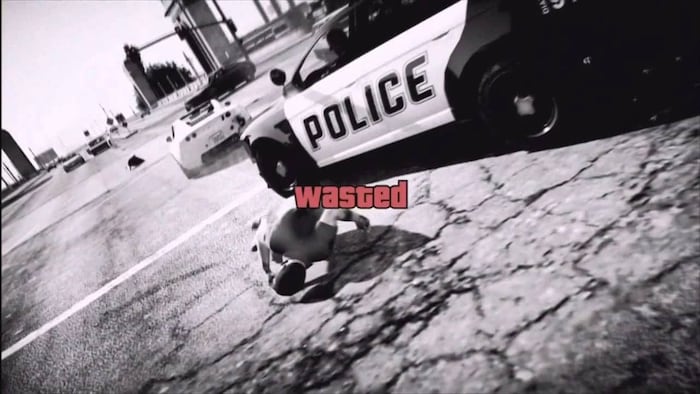 You can avoid all that by replenishing your health when in need. This cheat code is especially helpful in a firefight-heavy mission when it’s not easy to go looking for a health pack without risking a bullet to the head.

While playing GTA V, you might find yourself in a real pinch, for example, during a firefight-heavy mission or while being chased by the police. As we’ve mentioned before, dying in the game isn’t cheap, so making sure you survive is imperative. 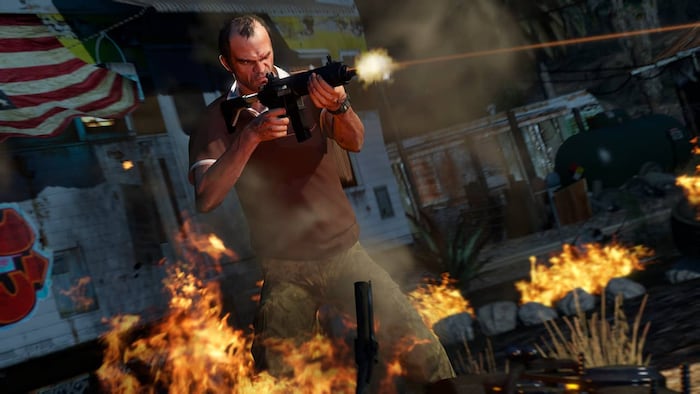 You can do that by replenishing your health and armor, or by making yourself invincible for five minutes. It’s plenty of time to get rid of the pursuit or take the enemy head-on in the firefight without worrying about your health. Type in one of the codes above and become a literal bullet sponge, at least until the cheat is in effect.

Getting in trouble with the LSPD is not something we’d recommend. Unlike their Liberty City counterparts, the law of Los Santos waste no time to arrest you, instead choosing more lethal approach. You can forget a chubby officer chasing you down the street and holding you at gunpoint until you decide to surrender: the LSPD will hunt you down and fill you with lead before you manage to ask for your Miranda Rights. 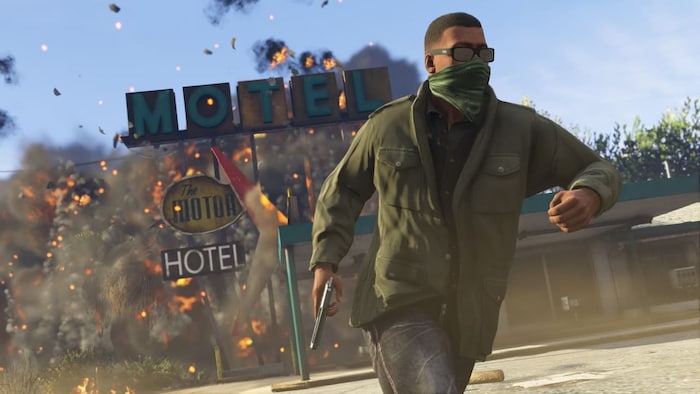 To avoid getting riddled with bullets by law enforcement, we suggest staying out of trouble or using the cheat above to reduce your wanted level. Bear in mind that unlike in previous installments of the series, the cheat doesn’t work during the missions. So no carefree getaways from bank jobs for you, my friend.

On the other hand, if you’re up for a little bit of challenge, you can raise your wanted level and engage in an epic police chase across the city. Each time you type in the code, the wanted level increases by one star. Depending on the number of stars, the police tactics will change: at one star you’ll be chased by regular patrol cars; three stars bring the police chopper and SWAT units into action; four and above will bring the feds on your head making evasion even more difficult. 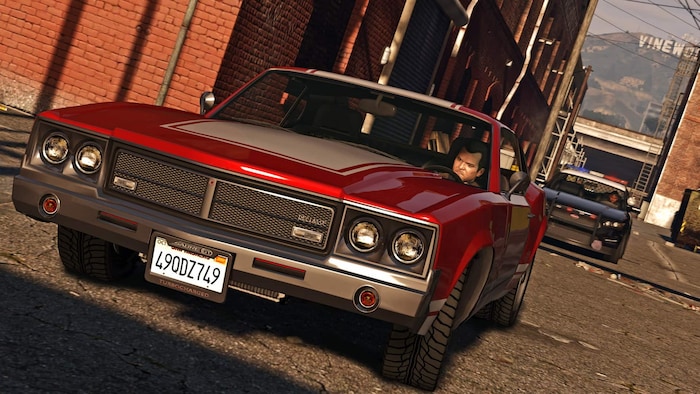 Making full use of the 2nd Amendment, GTA V gives the player access to the arsenal of firearms. There are several types of weapons available in the game, each represented by a few different guns: light and heavy pistols, shotguns, machine and submachine guns, heavy machine guns, and a variety of grenade and rocket launchers. 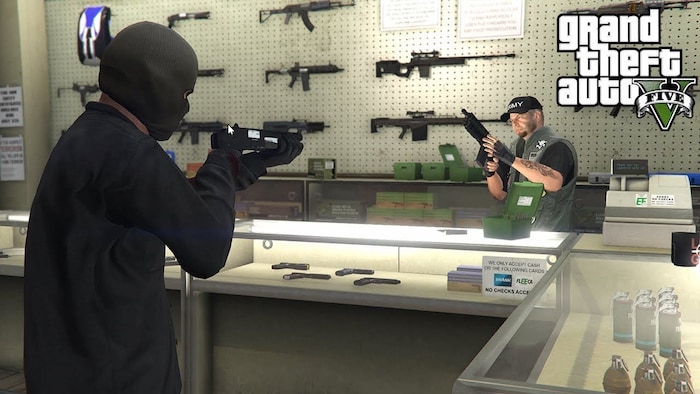 You can buy these lethal toys in the AmmuNation stores scattered around the city, but that costs money. It’s way cheaper to type in the cheat code and enjoy the full arsenal of GTA V weapons with enough ammo to take over a small country. They will come in handy during missions and while causing everyday mayhem on the streets of Los Santos.

The power is back

Grand Theft Auto V introduced a unique mechanic to the series – each of the protagonists could use a special ability to help them in various situations. 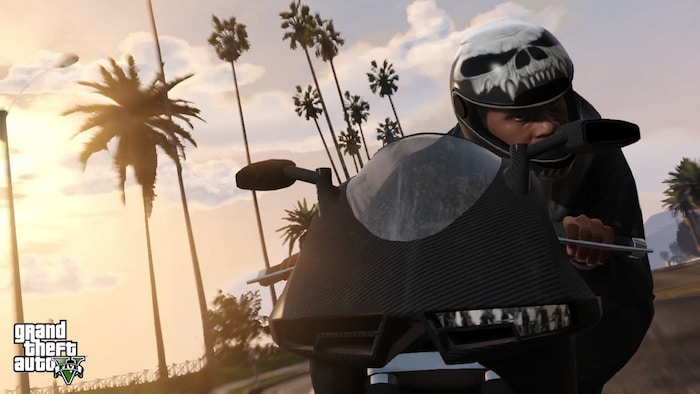 Michael’s ability lets him trigger bullet time, Franklin can slow down time while driving, and Trevor enters a rage mode in which he deals more damage and loses less health. These skills need to be recharged by performing specific actions like shooting, driving or being Trevor Phillips. But with this cheat, you can replenish your ability meter immediately.

If you need a gun that packs a little bit more punch, GTA V offers you a whole arsenal of devastating tools. But if you want to make every one of you guns into a handcannon able to level entire neighborhoods, punch in this explosive cheat. 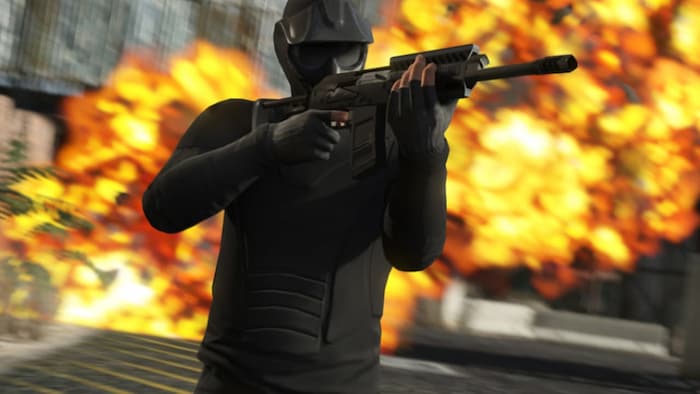 From now on, each bullet you fire will blow up on impact, turning vehicles into charred skeletons. Try that with one of the machine guns and see the world erupt in flames around you. But be careful not to fire too close to your target, or the boom will be your doom!

For those who prefer a bit more personal approach and still want to see their enemies go “boom,” this cheat is a perfect solution. 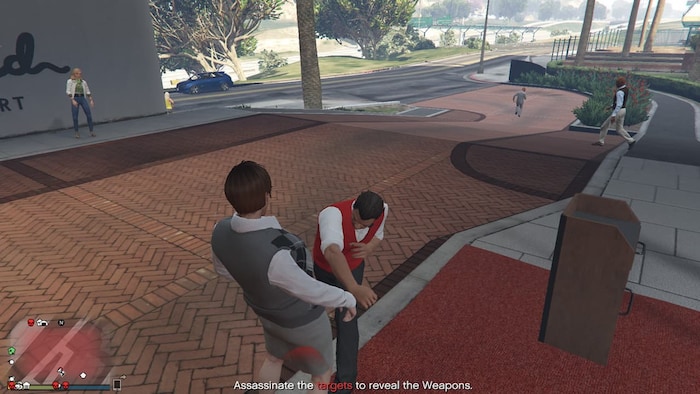 After typing it in, your character’s fists will become a force to be reckoned with. Any unsuspecting pedestrian or an enraged motorist who tries to pick up a fight with you will be very sorry when one of your punches sends him flying into the orbit.

Getting drunk was introduced in Grand Theft Auto: San Andreas and has immediately become one of the favorite pastimes of the players. While intoxicated, driving a car was a real nightmare with the controls faithfully representing CJ’s state of mind. The HD installments upped the ante when it comes to getting wasted. 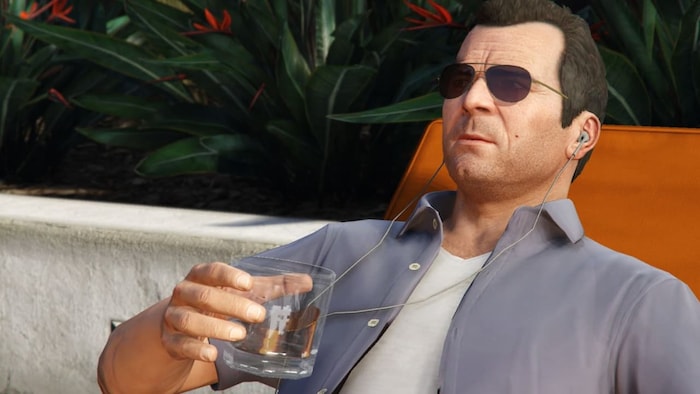 While drunk, the world around you becomes fuzzy, and the character has trouble keeping balance, often faceplanting into the concrete. DUI is not advised, because cops will notice your erratic driving and might try to stop your recklessness by any means necessary. To experience that unique state of gameplay mind, you can try getting yourself smashed at one of the in-game bars or type in the above cheat.

Last but not least, the cheat that will let you experience what R.Kelly meant in his 90s classic, “I believe I can fly.” Teleport yourself high into the sky above the San Andreas region and fall with the grace of an eagle, witnessing majestic landscapes of GTA V’s world. 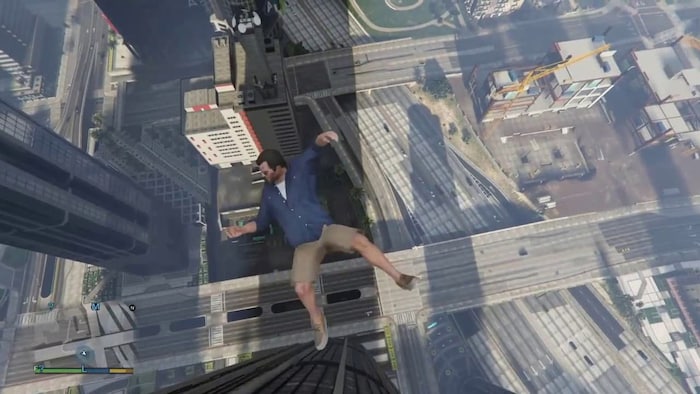 However, it would be best if you remembered to bring a parachute or at least punch in the invincibility cheat. Close encounter with the ground after falling from the sky above will send you to the hospital.