GTA is a priceless gem in the gaming world. Almost everyone has played it, and even if they haven’t, they must have heard of it. No wonder, as this controversial title is a guarantee of high replayability and great fun every time. But which game is the best in this successful series?

The world went crazy about GTA 5. When the game was released on PlayStation 3 and Xbox 360 in 2013, users of other platforms reached for older titles to sweeten the waiting for the grand premiere. And finally, it came in the company of surprising reviews. It turned out that the new part in the Grand Theft Auto series provides a slightly different vibe than the previous installation. But why? And is GTA 5 the best game in the series? To dispel your doubts once and for all, we did a little research on this topic to discover some fundamental differences between the last two titles. Welcome to the ultimate GTA 4 vs GTA 5 comparison!

GTA 4 and GTA 5 are the last two titles in the controversial series of action games from Rockstar Games, with roots in 1997. The title combines the features of a racing game, shooter, and RPG, creating a unique mixture loved by players worldwide. Each part is an independent story, telling the tale of young people caught up in various intrigues and deciding to climb to the top of the gangster hierarchy. With a massive open world, the gameplay gives an overwhelming sense of freedom, as players can do whatever they desire. And most of these activities are completely illegal – and how rewarding! The last two titles are absolute masterpieces, introducing many new gameplay features but also some flaws. To make a successful comparison, let’s inspect the specific details of both games to answer the crucial question – which is better?

When it comes to the overall mood and environment, GTA 4 and GTA 5 are entirely different. Grand Theft Auto IV tells the grim story of an immigrant arriving in the United States to experience wealth and luxury. Coming to Liberty City, he discovers life seems a bit different, and the citizens struggle to survive each day. Everyone is angry, disappointed, sad, and hopeless. The location’s appearance originates in the New York image, featuring the significant points of the city in an exceptionally realistic setting. And the RAGE engine provides a delightful life-like experience, full of small details like broken road elements, smoke in the air, or perfectly animated shadows. 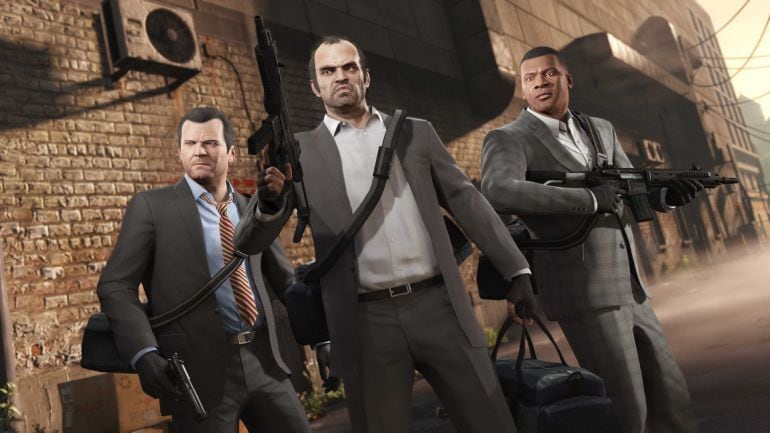 GTA 5 is a slightly more optimistic approach, presenting the fate of three heroes caught in gangster interactions. The story is thrilling, not as depressing and realistic as in the previous game but balances it out with the rest of the content. The men perform various missions in the massive city of Los Santos, based on the Los Angeles schema. You can expect an impressive urban and rural map size, engaging side quests, mini-games, and addictive missions from the main storyline. The city is cheerful, bright, and full of contrasting personalities, making the game as addictive as ever.

You can drive various vehicles in both games, but Grand Theft Auto introduces most of them. You can drive cars, bikes, planes, or even a tank. But does this number of vehicles translate into better driving physics? Opinions on this matter split, causing constant discussions among players in the Reddit community. As it turns out, GTA 4 features much better driving physics. Better means more challenging because driving has never been so realistic in any game in the series before or after. When hitting a pole, fence, or any other obstacle – you will most likely smash your car. In GTA 5, you will go further without life-changing consequences – just like in games like Forza or Gran Turismo. 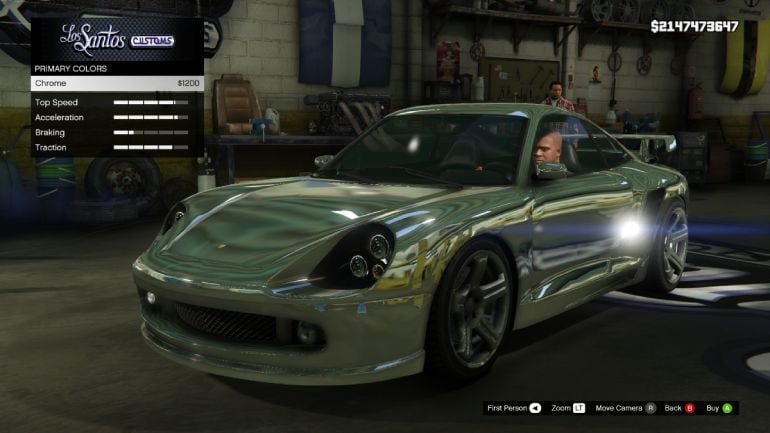 While in GTA V, you can customize almost anything, including cars and your appearance, GTA IV doesn’t offer that feature. Customization is limited – no hairstyles, nice clothes, and no change in the car’s appearance. Compared to the high realism level and great plot, this feature definitely works against GTA 4, discouraging many players. But you can always install community-made mods to enable customization options.

Here’s another category where GTA IV fares a bit worse. By completing missions in this game, you will quickly discover their repeatability and a somehow dull pattern. It’s always about going somewhere, killing someone, and returning for the next mission. In GTA V, the tasks are a bit more diverse, and you can often get them from random NPCs on the street. By the way, let’s check out their behavior in both parts. The citizens of Liberty City are people who have seen it all. They will not be scared by a corpse in the street and will not be surprised by bad weather. They accept almost everything that happens to them, reacting with composed but logical apathy. Their behavior is also realistic, while in GTA V, artificial intelligence often chooses more random actions. Pedestrians will call the police when you are just standing on the street for too long. The sight of the corpse shocks them, and their reactions to a robbery may be completely pointless. They feel more like a fake background than authentic people with their own problems and errands to run. 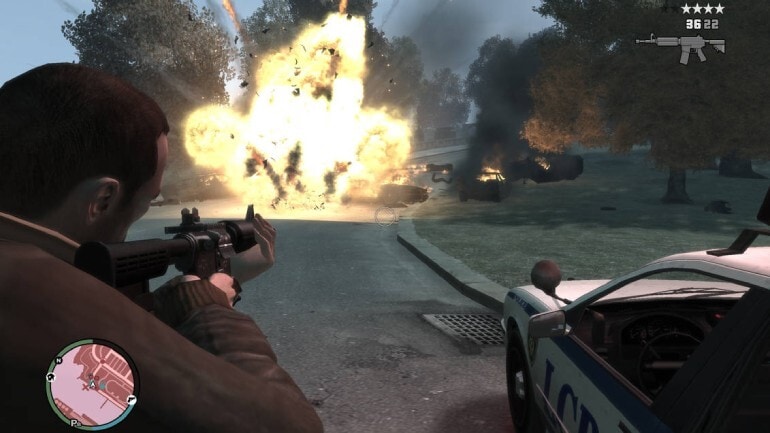 The answer to this question depends on whether you look for fun or memorable gameplay. If the former, play GTA 5. This title is a gigantic map with many things to do, thrilling side missions, mini-games, and surprising secrets. Plus, if you like playing with others, there’s a multiplayer version too. GTA V is also a bit lighter and more joyful, and you can manage the fate of the three heroes to witness the end of their story.

If you want a brilliant plot, go for GTA IV. In this title, everything is more profound, the protagonist more interesting, and you can count on a memorable ending. The driving physics is also more challenging, and the environment is highly realistic – including the NPCs’ behavior. There is also a delightful setting and music, introducing better audiovisuals to the series – so this title features noticeable details nonexistent in any previous game.