Grand Theft Auto Online has taken the gaming world by storm, and for a good reason, too, Never before the Rockstar’s sandbox title felt so interactive, so full of content and activities to participate in, so, well, sandboxy. However, as the protagonists of the original GTA V found out on their own skins, everything in the world has its price.

GTA: Online is no exception to this rule – if you want to fully enjoy the frequently updated content you need the green. And to get the green, you need Shark Cards.

What are GTA Shark Cards?

If you have ever played Grand Theft Auto: Online than you already know the arduous drill of earning the in-game money. The best way to get rich are the heists, a staple of the fifth installment of the game. By teaming up with friends and committing increasingly daring robberies the player could get really nice paychecks. However, the process of heist preparations and later execution could take forever and while waiting for another DLC offering new heist, the players options at moneymaking were really limited.

Rockstar North heard the cries of gamers, whose in-game financial assets were dwindling by the hour and introduced a faster way of getting rich. Enter the Shark Cards, GTA cash packets, purchasable with real money. The cards owe their name to the in-game Shark Credit Card company. Each of the cards, named after different kind of sharks supplied the player with a much-needed cash boost. The cheapest ones offered a boost of 100,000 in-game dollars, while the most expensive offered a whopping $8,000,000. They quickly become popular among the players, who wanted to get rich quickly and became the main source of revenue for the producers of GTA: Online

Shark Cards were something of a controversy in an already highly controversial game. They were introduced at the time when many AAA title started to employ the microtransaction model of offering the players paid boosts to make the game more interesting or easier. Such practices were met with the players’ dismay, and the case GTA’s Shark Cards was no different. Players didn’t like the fact that on top of paying a full price for the game, they had to buy virtual currency with real-life money to make it playable. After a while, the players accepted the Shark Cards as part of the gameplay and started to see the benefits of not having to plow through time-consuming heists to buy a new car. Speaking of which…

What can I buy with a Shark Card? 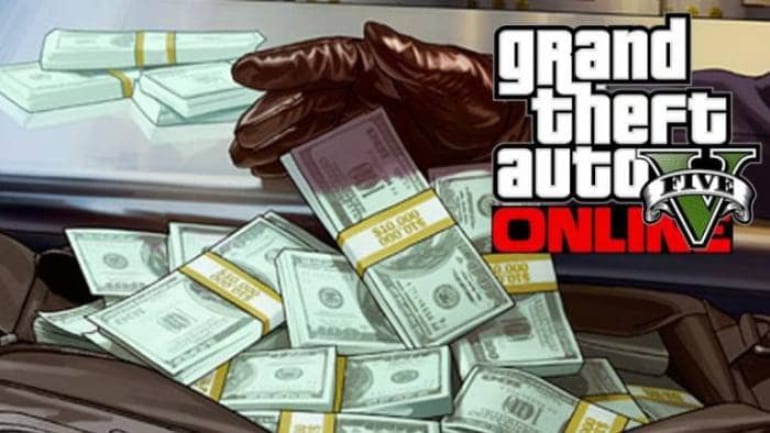 The short of it? Everything you want. The long? GTA: Online offers a multitude of choices when it comes to spending cash. It’s the ultimate vanity fair, where those flush with in-game currency can show of their wealth to those less fortunate.The player can spend their Shark Card money on buying extravagant, high-end vehicles, such as Pfister 811 supercar, Shotaro motorcycle, inspired by the Japanese anime Akira and Jeff Bridges movie Tron, and many others. These vehicles have a pretty hefty calling price so owning a Shark Card will spare the player from spending hours on grinding money to buy their favorite ride.

The player can buy new properties, like apartments and yachts. Apartments act as safe houses in the game and allow the player to rest and regain strength before another round of GTA: Online tomfoolery. The player can also invite friends and throe raucous parties involving but not limited to getting drunk on whiskey and wine and high on bong. Yachts are the ultimate bragging right of any GTA: Online player. These babies will cost the player between 6 to 10 million GTA dollars and can be modified to suit their tastes. Nothing says “I made it big in Los Santos” than throwing a party on your private boat. 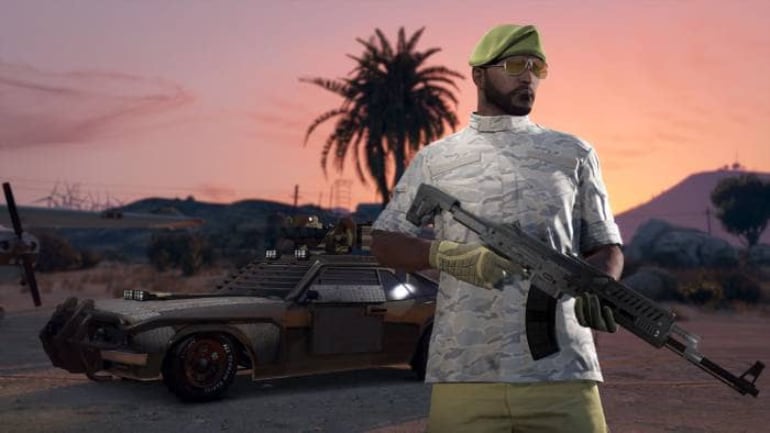 Finally, Shark Card money can be spent on side activities. When the player is drowning in cash, it costs nothing to let yourself go on a shopping spree, buying every clothing item available in the game. The player can also spend the Shark Card dollars betting on the stock market, multiplying their capital. Then there are also weapons to be thought of. Wanton mayhem might cause the players’ arsenal to dwindle at a horrific rate, but maintaining a supply of ammo and guns is easy when you’re a multimillionaire. With so many options available to the player, the only limit is the amount of money on the card the player has bought.

How do I redeem my GTA Shark Card?

Redeeming a Shark Card is pretty simple and requires only a Rockstar Social Club account. After you purchase the card from an online marketplace, such as Steam or G2A.COM, you will receive an e-mail with a redeem code. After logging in to Rockstar Social Club, enter the code you’ve received and the money will be automatically added to your account. The sum will be available to you the next time you enter GTA: Online.