Hearts of Iron IV is an amazing grand strategy game that allows players to experience how it could be to lead a country to war. Although the base game offers a lot of fun, it can be further enhanced if you own the game’s expansion packs.

Today we’ll take a look at HoI4 DLCs to help you decide which ones to buy first – you can treat the article as a simple DLC guide for Hearts of Iron IV.

What is Hearts of Iron IV?

Hearts of Iron IV is a grand strategy video game developed by Paradox Development Studio and released in 2016 by Paradox Interactive. The game focuses on World War II and allows players to take control over one of many countries during this disastrous period, allowing them to put their leadership skills to the test. By skillfully managing various aspects of the controlled country and executing their most ambitious plans, players will have to deal with numerous threats and challenges. Form alliances, train troops, choose your favorite ideology, resist invaders, fight your enemies in land, naval, and aerial battles, and build the world’s next superpower.

Hearts of Iron IV has numerous DLCs available to buy and play. They can be grouped into expansion packs and content packs. Expansion packs are large packs of additional content that can add some important gameplay changes to the original game, resulting in a drastically different experience. Content packs, on the other hand, are small DLCs focused on adding small things to make everything feel more realistic and immersive, such as additional unit packs or packs with new music.

Each expansion adds some new cool gameplay elements to the base game, so, if you enjoy HoI4, you will probably want to eventually get them all. However, if you are forced to choose just a few, you may be wondering which ones to pick or which DLCs are the most important and give the most bang for your buck.

Well, let’s see what each of these expansions has to offer, to make the choice easier for you.

Together for Victory is the first expansion pack for HoI4 and one of the must-haves, because it introduces some fundamental features. In fact, HoI4 players consider them so important, that they are wondering why these features didn’t make it into the original game. Either way, at least they are here as a part of expansion – an expansion you surely want to pick as one of the first ones. 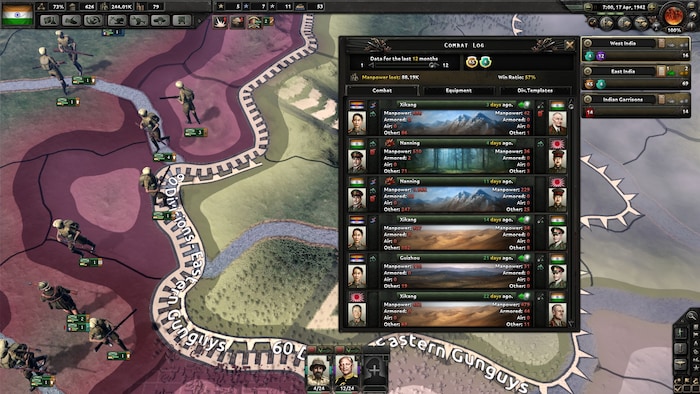 Together for Victory comes with new national focus trees and events for Canada, Australia, New Zealand, The Raj (India), and South Africa. It also features an alternate historical path for each of the Dominions, allowing players to stay loyal to Great Britain – or not. But the expansion is not only useful and valuable for those who play the mentioned countries, as there are also some general additions in place. For example, there is a new autonomy system that gives more independence to the subject states, there is a new battleplan command, and a possibility to share technology between Commonwealth nations. On top of that, there is also a land battle log that should help you understand and improve the effectiveness of your armies on the battlefield.

Death or Dishonor is a pleasant surprise among other expansion packs and will surely give you some new ways to enjoy the game, mainly thanks to the introduction of four new focus trees, allowing players to have a much better time playing either Hungary, Romania, Czechoslovakia, or Yugoslavia. 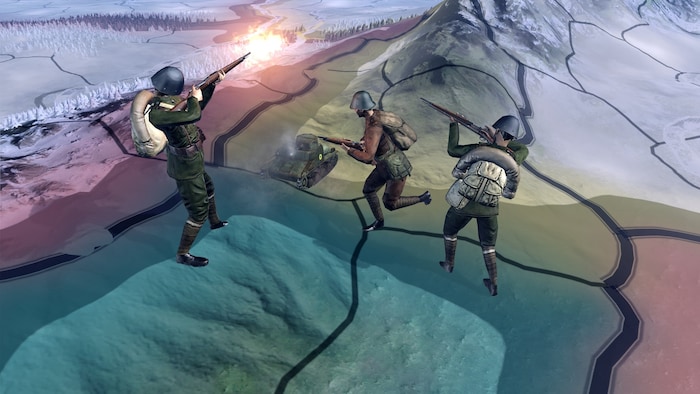 But Death or Dishonor also brings some other cool stuff to the table, and two features are especially worth being mentioned: equipment conversion and new diplomatic and puppet interactions. From now on you will be able to use your old equipment to make more up-to-date variants. Sacrificing old tanks and planes will drastically cut both the cost of producing new units and the time needed to do so. It will also be possible to license military technology, which can net some extra income to those who are willing to sell the fruits of their research to other countries.

If all of that sounds cool to you, then the expansion is more than worth it.

If you can pick only one DLC for HoI4, it should probably be Waking the Tiger – an expansion pack that is widely considered a must-have by most of the game’s community. That’s mainly because it introduces a number of meaningful game mechanics that significantly alter the gameplay and make the base game feel fresher and more exciting. For this reason, Waking the Tiger is a top pick for both beginners who just started their HoI4 adventure and veterans of the series who want to try something new. 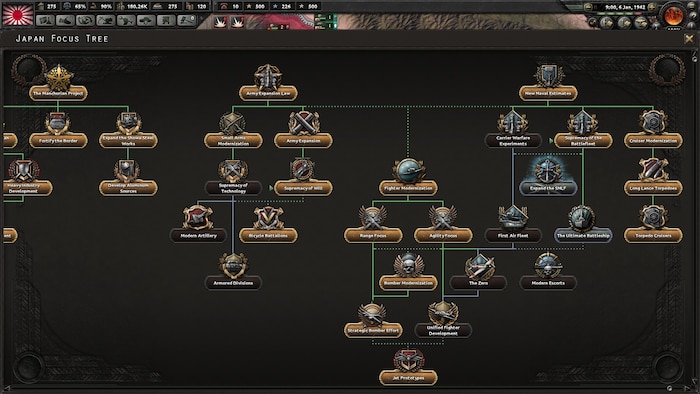 The expansion centers around the Asian front, and China steals the spotlight. You will have the opportunity to lead the Republic of China or Communist China through wartime – use China’s new national focus tree to forge a power to be reckoned with, and decide your people’s fate.

Waking the Tiger also adds general traits and abilities, which for some players is enough of a reason to get the expansion – traits open up some new powerful strategies, and clever minds will surely find a way to fully utilize them to gain the upper hand in the conflict.

Man the Guns is an interesting expansion as it allows you to finally experience proper gameplay when starting as either Mexico, the USA, United Kingdoms, or the Netherlands, thanks to the new national focus trees, but the new features don’t stop there. 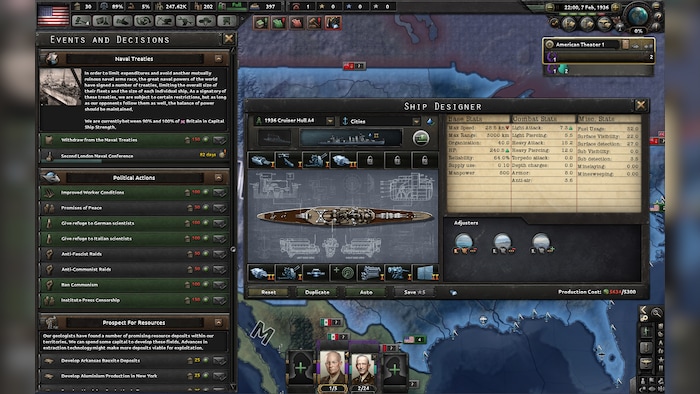 The expansion’s theme is naval battles, and as such, it introduces a variety of naval-related features to the base game. You will be able to design your own ships, train your admirals with new specialized traits and skills, and even place naval mines to protect your coast from invaders. It’s also possible to plan routes for ships and sign naval treaties. On top of that, several new units will also join the war, including amphibious landing vehicles that can move through both land and water.

There is also new music included, and it’s needless to say that it goes really well with the expansion’s theme.

Depending on your needs and personal preferences, La Résistance can either be considered a mandatory expansion, or the one that you should get last just to complete your HoI4 collection. There’s not too much content for the price but said content is well-thought and if you’re looking for espionage-related improvements, then this is your only option to make things more interesting. 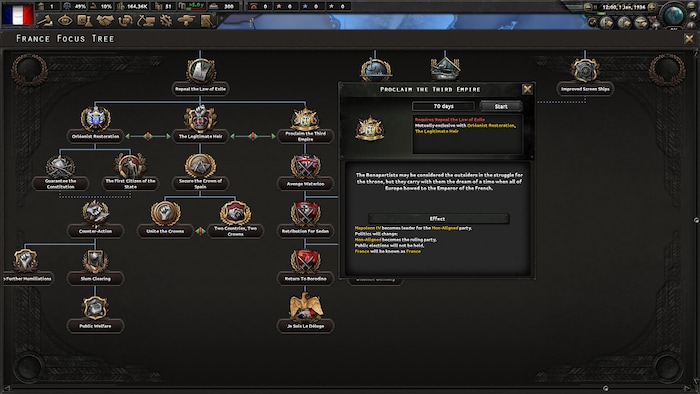 The expansion introduces features such as espionage and resistance support, as well as collaboration governments and code cracking, allowing players to get that cool spy vibe during play. You can use new planes and vehicles to scout enemy positions, decrypt their communications to gain the upper hand on the battlefield, perform a variety of missions and operations with your freshly trained agents, and even assist allied resistance movements to help them break free from the shackles of oppression.

Additionally, the expansion adds new national focus trees for France, Spain, and Portugal, which opens some new cool ways to experience the game.

Finally, there is also Battle for the Bosporus, which is a great expansion if you want to play as either Bulgaria, Greece, or Turkey, as the expansion adds their specific national focus trees to the original Hearts of Iron IV game. 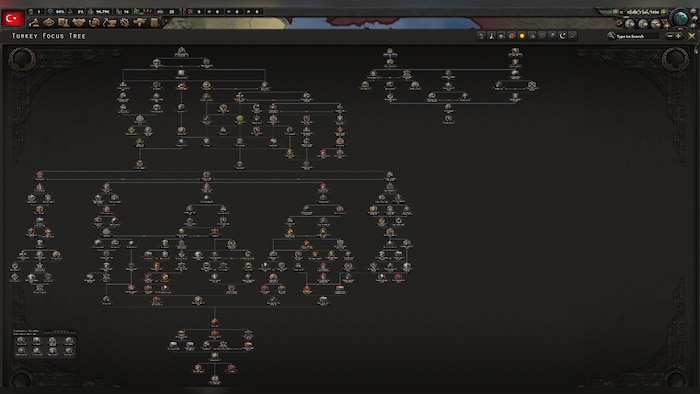 In fact, that’s what the expansion is mostly focused on – improving the gameplay for those who decide to lead one of the said countries. For this reason, if neither Bulgaria, Greece, or Turkey seems to be an appealing option to begin the game for you, then it may be wiser to pick some other expansion, preferably one that provides more significant changes and adds more exciting gameplay features.

Battle for the Bosporus also comes with new unit models and new music that will allow you to fully enjoy and appreciate new possibilities that were given to you.

Although expansion packs provide the most content and change the original game in a more significant way, there is also a variety of smaller content packs available to buy. These can add new units, new music, or new speeches that can make the entire experience more realistic and immersive. Content packs are self-explanatory and are a quick and easy way to enhance the original game.

Due to the number of available DLCs for Hearts of Iron IV, you may be interested in checking out some bundles, where you could get some of the expansions for a discounted price. Thankfully, there are three such DLC bundles: Starter Pack, Mobilization Pack, and Ultimate Bundle.

Starter Pack is a package of three expansion packs that were released first: Together for Victory, Death or Dishonor, and Waking the Tiger. It’s a great way to save some money and jump right into the heat of battle.

Mobilization Pack is a package that contains all six expansion packs: Together for Victory, Death or Dishonor, Waking the Tiger, Man the Guns, La Résistance, and Battle for the Bosporus. If you’re looking for a way to drastically enhance your HoI4 experience, this is definitely the way to go.

Finally, Ultimate Bundle is just what you probably expect – a collection of all Hearts of Iron IV expansion packs and content packs, minus the Sabaton Soundtrack packs. This is arguably the best deal and the easiest way to become the owner of the entire HoI4 package, all with just a few clicks.

Hearts of Iron IV is an amazing grand strategy video game that takes place during Second World War. It provides a lot of hours of enjoyment even in its original form but becomes infinitely more fun once you put your hands on some of its expansions.

When it comes to choosing which expansion to pick first, you should check what each of the expansions actually contains. Although some expansions can feel slightly lackluster when it comes to a number of new gameplay mechanics and added features, you may still find them a better choice than content-rich ones, because they may introduce a national focus tree for a country that you’re actually interested in playing.

If you’re new to the game and you’re not sure which expansion to pick, you can start with Together for Victory and Waking the Tiger – these are considered by the majority of Hearts of Iron IV community to be the best and most fun, mostly because they add some important high-quality elements that slightly alter the gameplay.

Of course, if you have some money to spare, you don’t have to make such difficult choices. You can simply get a package of a few DLCs – or even all of them – bundled together, which can be cheaper in the long run.