There’s nothing like the smell of gunpowder in the morning! Fortunately, we live in a time when we can commit ourselves to the struggles of war in the cozy comfort of our own homes. Are you looking for a war first-person shooter video game for hours of addictive multiplayer gameplay? Let us help you choose the best title!

FPS games are growing like mushrooms after rain. Titles like [productLink,10000035511002]PlayerUnknown’s Battlegrounds[/productLink] or [productLink,10000043093010]Arma[/productLink] are at their peaks in popularity, guaranteeing adrenaline rush and participation in epic military battles. But today, we have something especially for fans of the games set during the Second World War. Here is a comparison of the two war giants: Post Scriptum vs Hell Let Loose!

Both games are realistic first-person shooters focused on multiplayer gameplay. In Post Scriptum, these are 40v40 matches, and in Hell Let Loose – 50v50. Each of them allows you to choose the side of the Allies or representatives of the Axis Powers to take part in challenging historical battles on the map of Europe. Both Hell Let Loose and Post Scriptum feature game mods of team gameplay based on close cooperation. The high level of realism guarantees incredible immersion, which allows you to discover the realities of military operations on the battlefield in this historical period. Get ready for some epic actions, historically accurate maps, realistic weapons, vehicles, and explosions 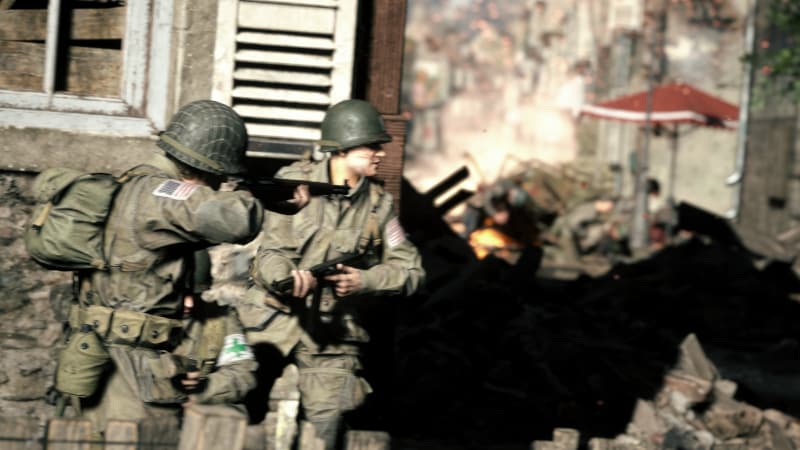 Let’s start from the beginning – determining the role. Here’s where the differences between HLL and PS begin. Each of the games features roles like commander, medic, or rifleman. A specific class is associated with duties and tasks that the player undertakes to serve well. This way, each squad complements each other, ensuring smooth performance on the way to achieving the objective. And what is the goal? Setting up bases, capturing objectives on a vast map, and defending them at all costs. Each player must do their best to support the team in completing tasks and creating cooperation. The squad must also take care of the transport of supplies – crucial for completing campaigns. 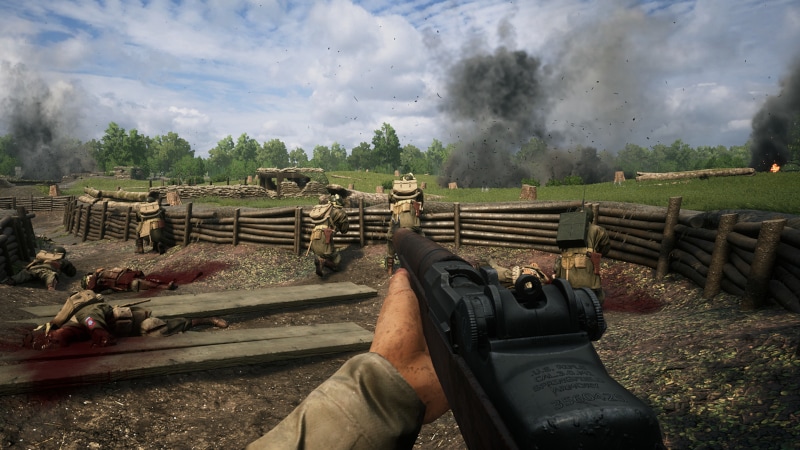 Maps are another element that gives realism to both titles. There are fourteen of them in Post Scriptum and seven in Hell Let Loose. Each covers several square kilometers, forming excellent conditions for creating a real battlefield. Players must use the topography to their advantage, sneak and traverse open areas unnoticed. Excellent visibility allows you to successfully take the enemy out, even from a great distance – of course, after selecting the target.

Both games feature realistic weapons and vehicles accurate for the Second World War. You will use machine guns, firearms, flamethrowers, mines, and mortars. And it is where the fundamental differences between the titles begin. The combat mechanics in Post Scriptum turns out to be a bit more challenging. You will not get unlimited energy in this game due to the precise measurement of stamina. Forget about uninterrupted running through many kilometers of the map. In PS, you will genuinely get exhausted, and to regain strength, you will have to drink water or rest for a while. In Hell Let Loose, there is no such difficulty, so you can focus entirely on the mission. 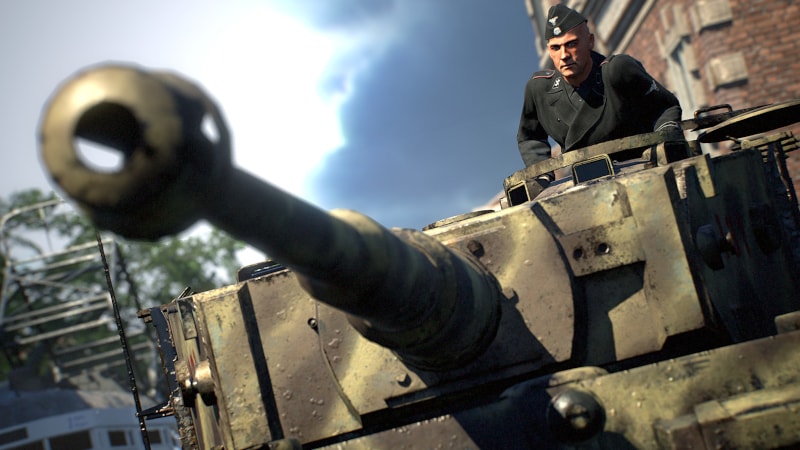 Another point that distinguishes combat in both games is the weapon sway. In Hell Let Loose, aiming a target is much more static, and therefore a bit easier. What is more, in this game, each weapon behaves slightly differently, and you have to learn how to to use it. In Post Scriptum, the use of weapons features an even higher level of realism. The target is difficult to locate, the firearm sways, and a low stamina level makes it very difficult to shoot. In this game, you also have to take into account the bullet’s trajectory and the influence of weather conditions on the course of the fight.

Impressions from the gameplay

Both games offer a unique gaming experience. It is the crucial difference that will help you decide which of these titles suits your needs best. Hell Let Loose is a game for players who enjoy fast-paced action. It requires combining cooperation and fighting in the very center of brutal war events. It is a fast-paced game that fans of dynamic combat and realistic weapons and vehicles will enjoy the most. The maps are also much smaller here, so it is impossible to avoid a confrontation with the enemy. 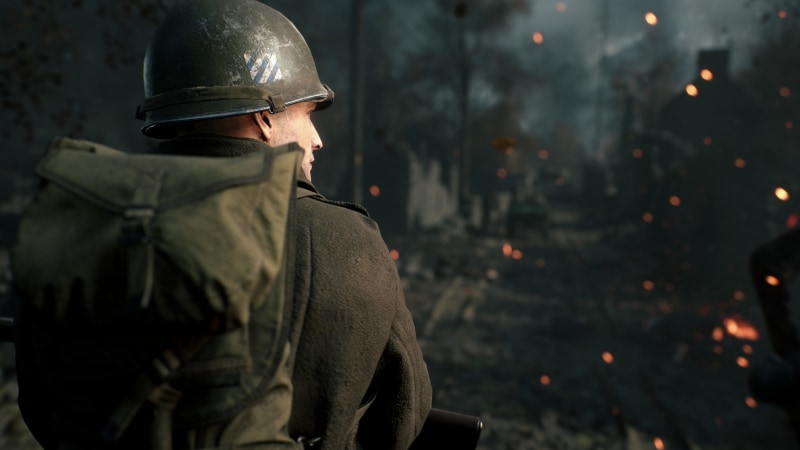 In the category of graphics, the Hell Let Loose video game loses spectacularly. Compared to PS, the textures are in a slightly lower resolution. Post Scriptum delights with the details of weapons or grass. It also has much better shading and a realistic reflection of sunlight. When it comes to sounds, it’s hard to say who is the winner. Post Scriptum implements this feature in its style – focusing on realism. In Hell Let Loose, the sounds are much more cinematic and epic, which perfectly emphasizes the heroic nature of the gameplay. 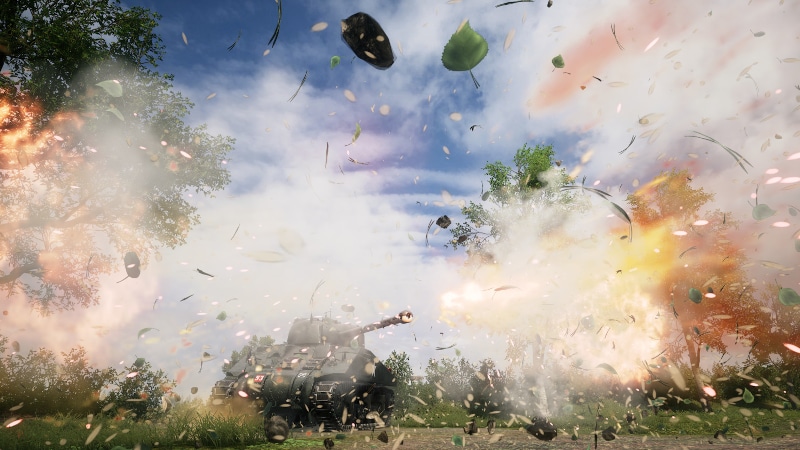 Post Scriptum vs Hell Let Loose comparison is a truly challenging task. But summarizing all the information gathered, we can safely say that Post Scriptum is a better video game. The creators decided to introduce extreme realism in literally every aspect of the gameplay. If you want to feel like a real soldier of World War II, you don’t mind sneaking and planning combat – choose Post Scriptum. But if you are starting the adventure with war FPS games – this title may turn out too difficult or even tiring. The same can happen if you are not looking for a challenging simulator but an opportunity to let off some steam in the heat of battle. In this case, we propose Hell Let Loose, which will introduce you to the realities of the Second World War and at the same time allow you to enjoy the best in this genre.