While time travel is not available yet, there is one way to go back and participate in grand historical events. And this path leads through historical video games.

Do you dream of taking part in a massive medieval battle? Or maybe want to try the hardships of World War II? Whatever you desire, history based video games will get you that and more! You can travel for any length of time, learning the history of the whole world and taking part in events from the past. Or create them from scratch. Or completely change the course of events. Sounds like fun? So welcome to the list of the most popular history games to play in 2022.

If you are starved for some brutal Vikings-style conflicts this title will make all your dreams come true. Command a Nordic army and travel to 9th-century England to conquer new lands and become their ultimate ruler. 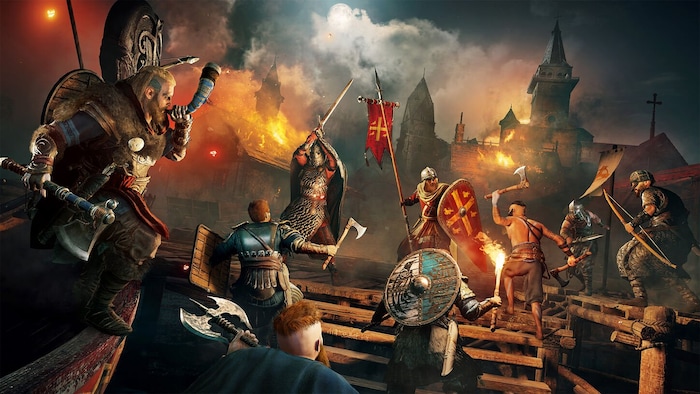 Play as Eivor, a Viking hero eager to create a new home for his army. Invade England, establish a prosperous settlement and take care of the wellbeing of your people. It will not be easy, as the English will do their best to get rid of the intruders. They will be led by Alfred the Great himself, and the further fate of this story will depend only on your decisions. In addition to the features of this era, AC fans can also enjoy their favorite activities like sailing, free exploration, or parkour.

It is a fantasy action game set in ancient Scandinavia. Follow the rest of the story of the unbreakable Kratos and lose yourself in the world of Norse myths to learn your destiny. 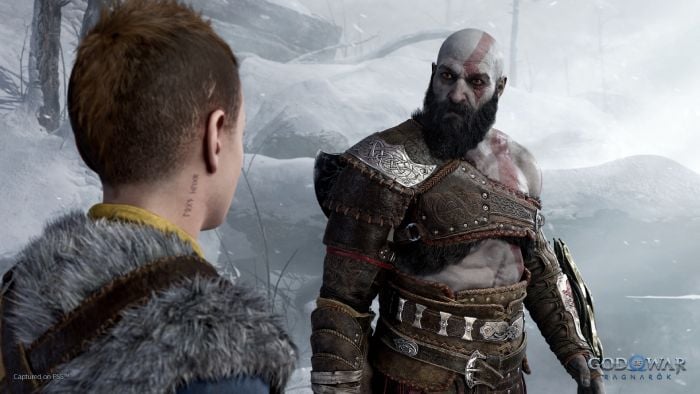 Guide the actions of Kratos and his son on a brand-new journey through mythical Scandinavia. On your way, you will meet hordes of bloodthirsty beasts and sly opponents who will do anything to stop you. Develop your skills, fight, and complete tasks to discover the following chapters of the story about the end of the world. This title presents a high-quality audiovisual setting that will captivate you from the very first moment of the game.

There is nothing like infinite power on the game map! In this legendary title, you will travel to the Middle Ages and face a strategic battle for supremacy against the civilizations of Asia, Europe, and the Middle East. 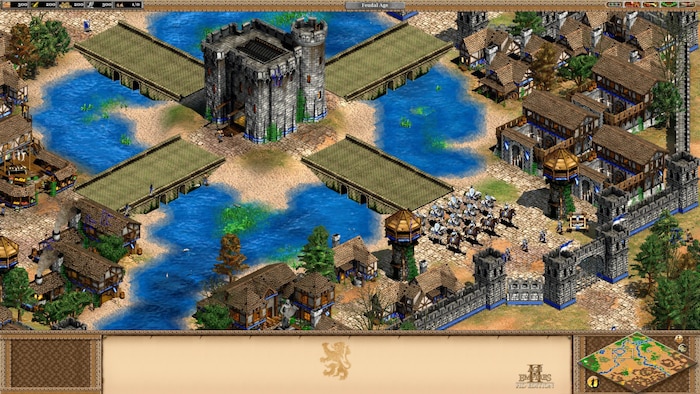 Manage one of thirty-five civilizations in the most addictive strategy game ever. Collect resources, expand your empire, and advance to the next era to outrun your enemies. Build an unbeatable army and go through a series of thrilling campaigns to uncover 1,000 years of human history in one game. Age of Empires II is a must-have for every fan of historical games!

Welcome to 11th-century Europe. You are one of the many ruling lords on the medieval map, and your task is to successfully take care of the fate of the entire dynasty in times of greatest conflicts. If you are ready, you will have a lot of fun in this spin-off of the famous Europa Universalis! 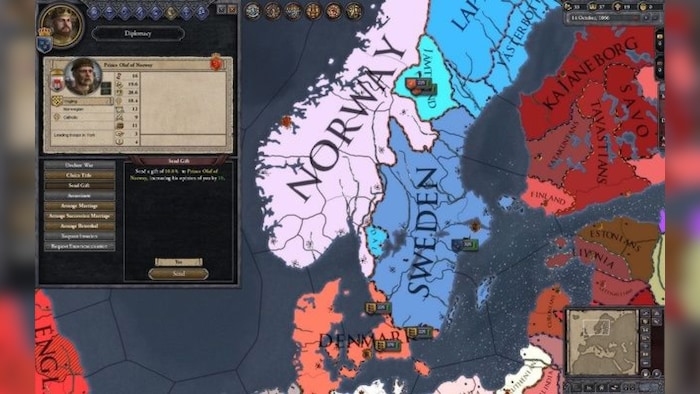 Play as a mighty ruler desiring to dominate the map of Europe. It is a strategy game unlike any other, as its key feature is to keep the dynasty in a steady position during the many years of its rule. Don’t trust the Pope? Or maybe you want to ally yourself with the craziest king in your area? Do what you want and discover the most unexpected outcomes of your strategy!

It is an action game with hack and slash elements, where you will move to China at the turn of the 2nd and 3rd centuries. Enter the open world of the Chinese civil war and lose yourself in the madness of the battlefield! 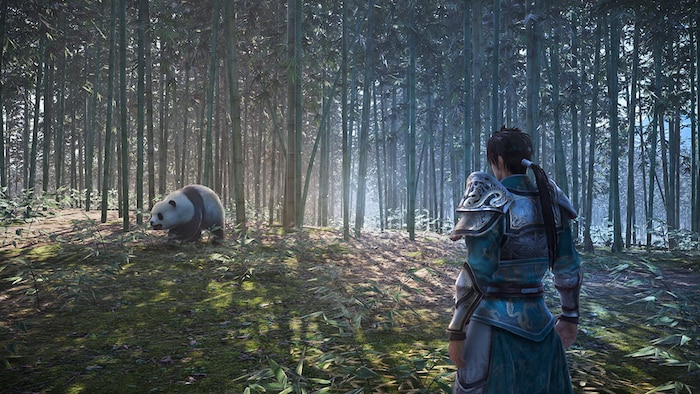 Choose one of the 90 playable heroes, plan the placement of units and make an attack strategy. Join massive fights on the battlefield and use your skills to gain more and more experience and eliminate as many enemies as possible. This title is an atmospheric action game with tactical elements where you can go crazy in combat using the powers of your favorite heroes.

It is like Assassin’s Creed but set in 13th-century Japan. Have fun in the engaging title, where you will abandon the samurai code for revenge against the cruel Mongols. 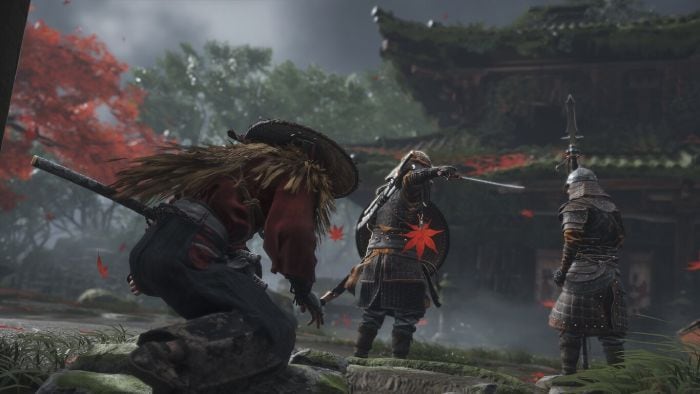 When a Mongol invasion massacres your island and its inhabitants, revenge becomes your only meaning in life. Become a Ghost – an invisible fighter that eliminates enemies by surprise. Explore the island’s open world, discover its secrets and gain experience. Fight with historically accurate weapons and sneak to achieve your goal. This title is a priceless gem for fans of historical stealth games.

The jungle hides many secrets and dangers. And in this part of Call of Duty, the Japanese soldiers will be the gravest of them all. Travel back to WWII on the Eastern Front and discover the horrors of war like never before. 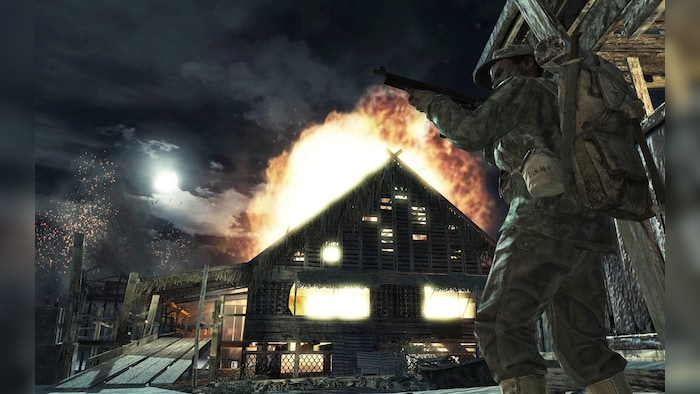 Complete a series of campaigns where you will play as an American soldier in Okinawa. Take part in the siege of Berlin and play as the fearless defender of Stalingrad. This title is a first-person shooter where you will experience the brutal atmosphere of World War II and try out new combat methods and an arsenal of weapons. The slightest mistake can cost you your life!

The Black Death is one of the darkest periods in Europe’s history, and you can find it out in this game. Play as orphaned siblings desperately fleeing the Inquisition and the merciless plague. 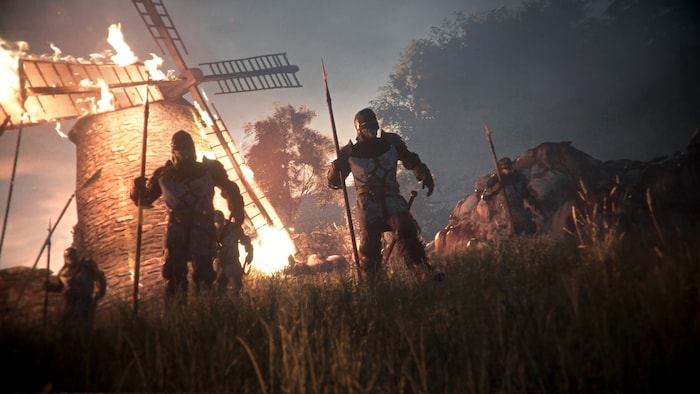 Play as Hugo and Amicia to get right in the middle of a brutal story about omnipresent death. Your only task is to survive and use all your skills to escape the hands of chasers and rats. Sneak, explore, upgrade your equipment and discover the mystery of Hugo’s disease. It is a gripping tale about survival, fleeing, despair, and complex sibling relationships set in 14th-century France. Perfect for historical game enthusiasts.

It is an action role-playing game set in 15th-century Central Europe. The title is a fantastic recommendation for all players fascinated by the Hussite Wars and fans of games like The Witcher or Skyrim. 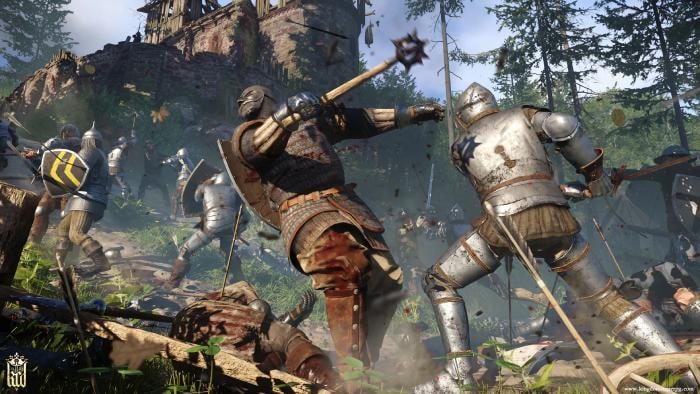 Play as the poor son of a blacksmith who lives a peaceful life in Skalitz. When your village is completely destroyed, all you have to do is go on a journey. Explore the open world of medieval realities and get involved in the political situation of your country. Develop your character, make challenging decisions and fight in highly complex battles that can kill you in one second. This title is an epic adventure of change and courage that will challenge even fans of video games like Dark Souls.

If you love Ancient Rome, you will definitely enjoy this title. Ryse: Son of Rome is a spectacular action game where you can completely indulge in brutal battles on a historic battlefield. 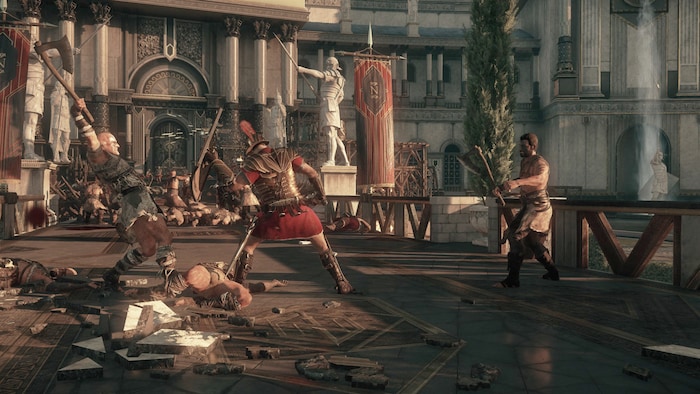 Play as Marius Titus, a man seeking revenge for the death of his entire family. In search of an answer, the hero joins the army on a journey to Britain. Command your troops and fight your way through hordes of enemies! The combat in this title is deadly dynamic and satisfying, and the audiovisual setting delights. The story covers the hero’s entire life. But in addition to the main plot, you can also engage in side activities, like fighting your friends in Colosseum.

History-based video games are the most valuable treasure for many players who, for obvious reasons, cannot witness past events. They provide a simple opportunity to relive monumentally significant events, change their course and reshape the whole history. No genre would put so much power and satisfaction in the hands of the player. And would teach, solidify knowledge and entertain at the same time! Well, maybe 4X strategy games in space, but that’s another story.