Jump scares are considered cheap tricks in horror games because it doesn’t take too much effort to scare people with them. They work because they trigger our natural defense mechanisms – it’s almost impossible to become completely immune to jump scares. Some games, however, use jump scares in a way that feels natural.

If you want to find out more, take a look at the list of some of the best horror games with jumpscares down below.

Amnesia is quite good at scaring players but its jump scares are not the typical ones you’d imagine – there are no cheap tricks involved, just building the tension and releasing it at the right moment. 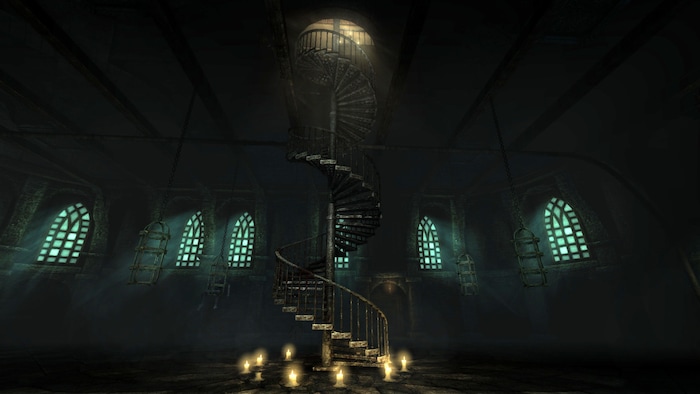 In Amnesia: The Dark Descent you will be exploring a mysterious mansion while trying to figure out where you are, who you are, and what’s actually going on in here. Naturally, finding answers won’t be easy, as you’ll have to be aware of an evil presence watching you – it will lurk in the shadows and will strike whenever you expect it the least.

Outlast is not a game where you could freely slash through the enemies to get to your destination. 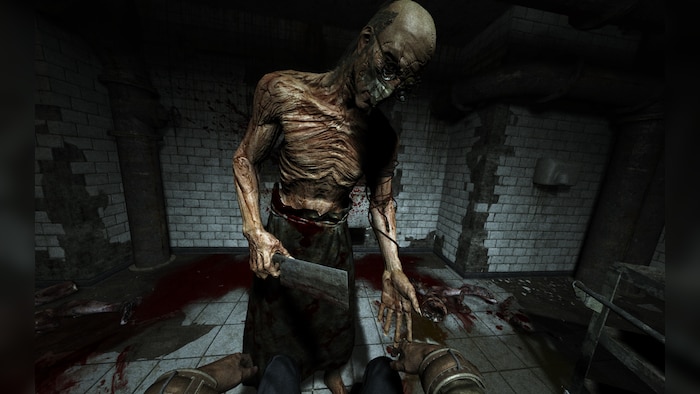 In Outlast you will explore the surroundings and observe everything through a camera – you’re not a soldier but a simple journalist. You’ve got no combat experience whatsoever, which means that you will have to resort to stealth and keeping a low profile if you want to survive.

A quite dated game, but don’t get discouraged by its visuals – it’s as good at scaring people today as it was at the time of its release. 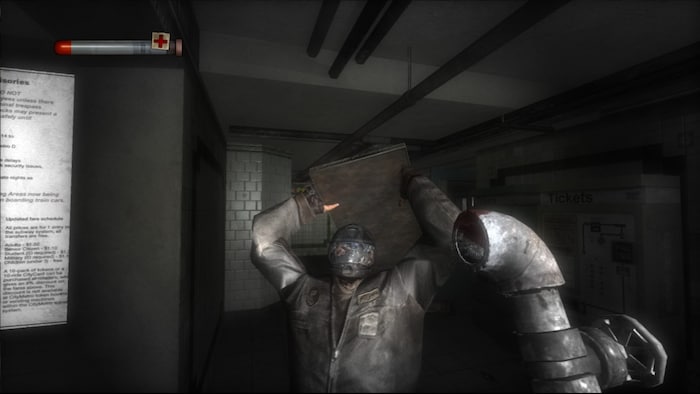 Inspired by the classic works of the genre, including The Silence of the Lambs, Seven, and Saw, Condemned: Criminal Origins is a solid choice for a horror game and a rather difficult one when it comes to gameplay. You’re not defenseless, you can use a gun, but the ammo is scarce so make every bullet count.

The classic franchise also should be mentioned on the list – Biohazard can scare even the horror veterans. 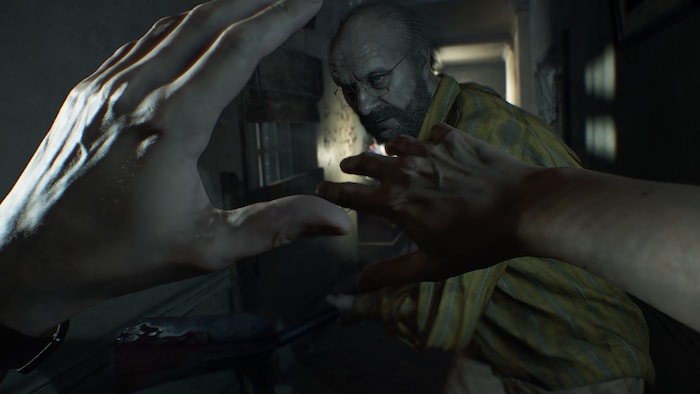 Jump scares in RE 7: Biohazard aren’t too frequent. The game uses them sparingly for the better effect, and while most of the jump scares can be predicted a few seconds earlier, allowing your brain to prepare for them, there are still some that may get you anyway – even when you think you’re ready.

Being stuck aboard a space station is a perfect setting for a horror game and it creates a lot of room for the game to scare players. 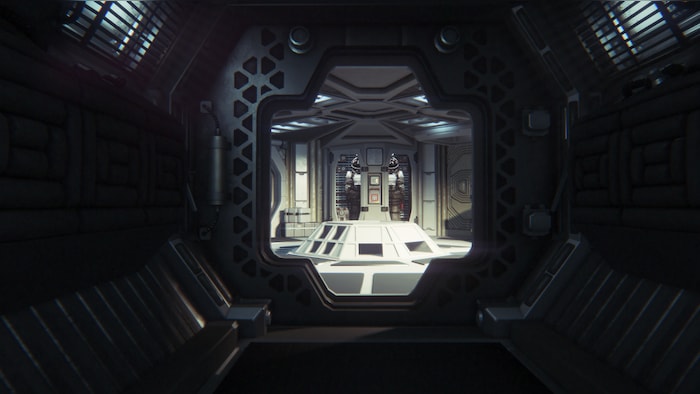 In Alien: Isolation you will have to explore a space station and look for clues that could help you learn more about the protagonist’s missing mother. However, the station is home to a hostile, intelligent alien but you won’t know that until it’s too late to leave the place.

Old but gold, Silent Hill 2 didn’t age in terms of its ability to scare people, so you may want to check it out if you didn’t already – or give it another go to satisfy your nostalgia needs. 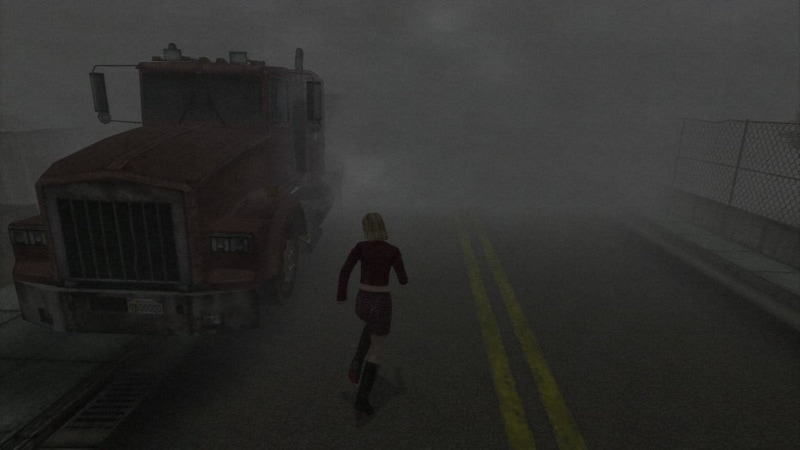 Considered by some as one of the greatest video games of all time, Silent Hill 2 is a master from which numerous modern games could learn. The game’s unsettling atmosphere is what sets it apart from other similar productions, and it’s cleverly used to build tension.

If you like sci-fi games with jump scares, Dead Space won’t disappoint you – although the game prefers to scare people through its atmosphere, jump scares are also present and they’re solid. 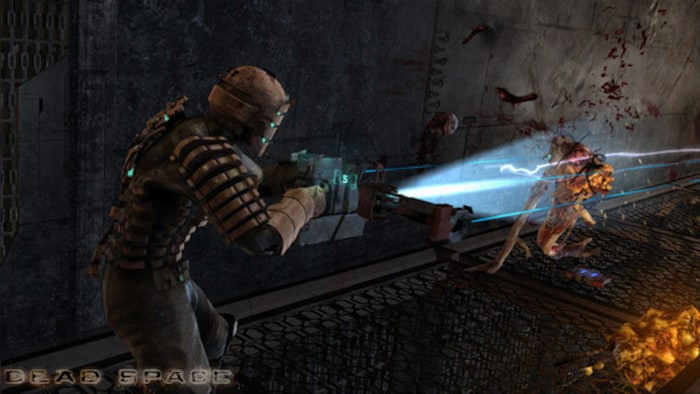 In Dead Space, you can fight but you’re an engineer, not a soldier – your suit is not made for combat but to lift heavy stuff, so proceed with caution. Explore the seemingly abandoned spaceship, solve the puzzles, and try not to descend into madness.

Eternal Darkness is worth mentioning not only because it’s one of the few horrors released on GameCube, but also because it had some really effective jump scares. 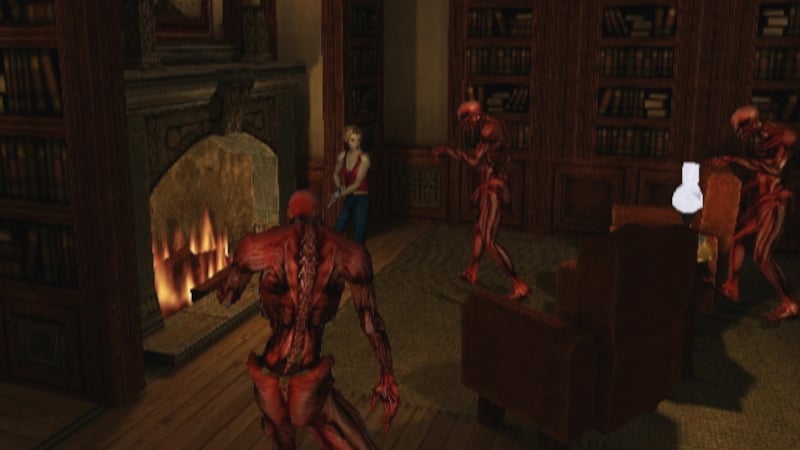 Eternal Darkness does a great job at keeping players engaged throughout the game, partly because of its unsettling atmosphere that leaves players with a lingering feeling of fear. It’s just a shame that the game started to be appreciated only years after the original release – now it’s a shiny and valuable but forgotten gem.

Fatal Frame offers one-of-a-kind gameplay – explore a haunted mansion and make use of the character’s ancient camera to solve puzzles and defeat ghosts. 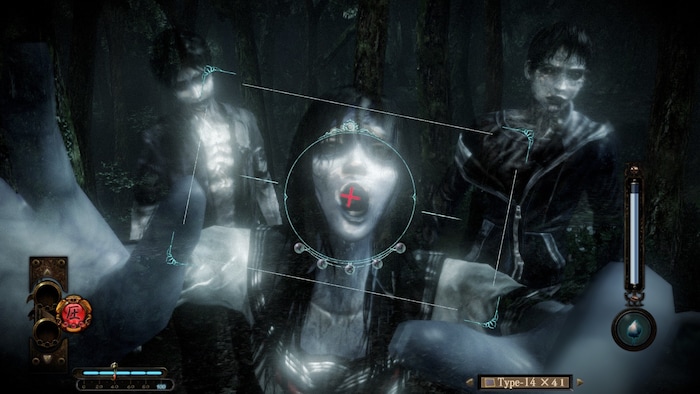 Although you’re not a fighter, you’re not defenseless either but your weapon in Fatal Frame is not a typical one. To defeat the enemies, as well as solve the game’s puzzles, you will have to use a special camera and take photos of the objects around you – a surprisingly fun idea.

Finally, Blair Witch – it has some solid jump scares that are hard to predict and thus often catch players off guard. 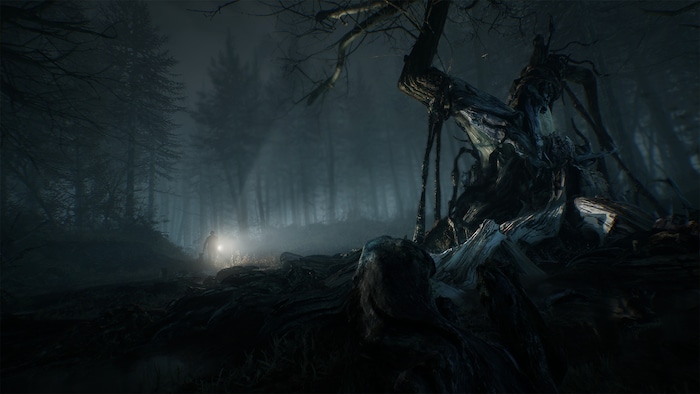 You will find yourself in the forest all alone, except for your dog companion, Bullet. Together you’ll try to solve the case of a missing boy. Explore semi-open locations and send Bullet to investigate areas that are out of your reach, but be careful – something doesn’t feel right.

Horror games with jump scares are perfect to play with friends during a spooky night party or Halloween. Experience the fun and overcome the challenges together or play alone to make it scarier. Will you be the one to scream the most?

We’ve gathered some of the best scary games that make you jump – take a look at the list above and pick your favorites.