Playing on the PC instead of a console can have multiple advantages, but in certain games, the standard keyboard + mouse combo may not be the most desirable way to play. Some titles are simply best played on a gamepad, be it a soccer game, a fighting one, or maybe even a racing simulator. Analog sticks and triggers are unbeatable when it comes to the precision you need in these games to play efficiently.

Imagine a racing game – when playing on the standard keyboard you will usually use A and D character keys or left and right arrow keys to turn the car. Pushing the key will result in turning the virtual steering wheel all the way to the left or right with nothing in-between. The same goes to the acceleration and braking – pushing the acceleration key (usually W or up arrow) results in putting the pedal to the metal in the game. There’s no way to keep the acceleration at, say, 40%. It’s either 100% or none, so when you want to maintain a certain speed, you need to push and release the key repeatedly.

This issue is easily solved by using either steering wheel with pedals or a gamepad. While the first solution surely feels more realistic, it’s bulky and takes a lot of space. It also forces you to sit in a certain position – you can’t comfortably lay back. That’s why some may prefer to use the controller instead. 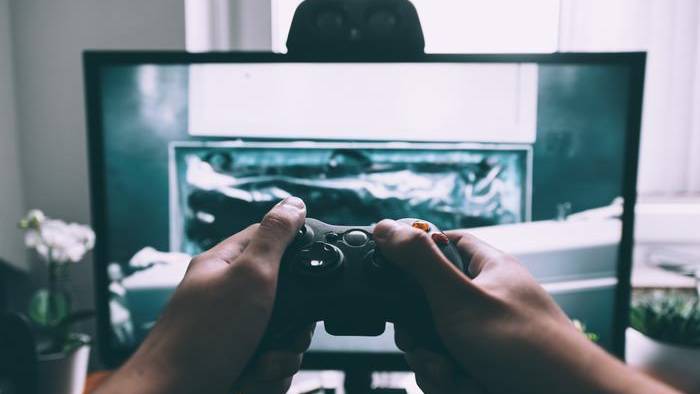 Modern gaming controllers have analog sticks you can use to precisely turn the car and lock the wheels at any angle you want or easily move your footballer in all directions while controlling the speed he’s running at. Lean the stick slightly and he will move slowly. Lean it further and he will begin to run.

Besides the analogs, controllers also have trigger buttons that work similarly to pedals from a racing wheelset. They can be used as normal buttons with only two states, enabled or disabled, which is usually the case in shooter games, where triggers are usually used to shoot the gun. But in other games, they can also be used as buttons where the force at which you press each of them also matters. This is often utilized in driving simulators, where triggers can be used to speed up the car and maintain a certain speed for the desired duration – during taking a long turn, for example. 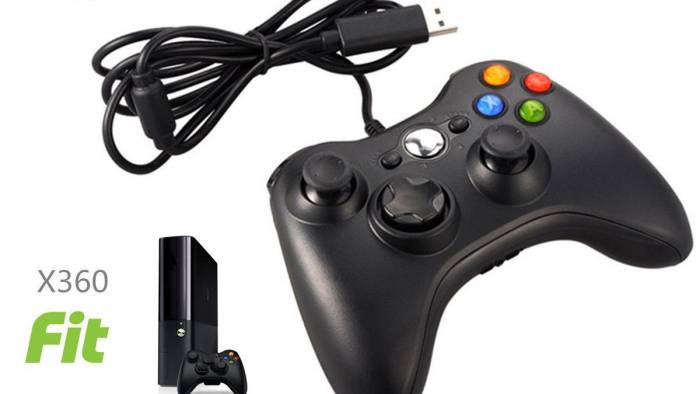 As both Xbox and Windows are owned by Microsoft, the company does its best to ensure its own products are working seamlessly with each other. It means connecting and using a wired Xbox 360 controller with a PC with a Windows operating system installed is as easy as plugging the controller into the USB port. The controller will be automatically detected – Windows will then connect to the Internet from where it will download the required drivers in case they are not already installed, allowing you to use the gamepad without need for manual configuration.

After drivers are installed, you will get a notification pop-up which will tell you that the device is properly configured and ready to use. Installed drivers will remain on your computer, so next time you plug the controller to the PC, Windows won’t need to install them again, saving time. From now on you can run your favorite games and start playing in a new and more comfortable way.

In case your controller behaves unpredictably, you may want to manually force driver update. To do so, navigate to the Device Manager by using the combination of Windows Logo + R keys. In the newly opened window type devmgmt.msc and confirm. Among the displayed positions find the one called Xbox Peripherals and then Xbox Controller. Right-click on that and choose Update driver. Now you can choose to Search automatically for updated driver software to let Windows look for a new version of the driver or alternatively, you can install your own driver if you are certain it will work better. In the second case, you need to have the driver already downloaded to your hard drive. If you do, choose the second option which is Browse my computer for driver software and locate the driver.

After installing drivers manually, you will need to restart the computer.

Connecting the wireless controller is a bit more tricky because you need additional hardware. Bluetooth adapters won’t work, so even if your PC have one plugged in, it will be of no use due to the proprietary solutions implemented by Microsoft. In order to connect a wireless Xbox 360 controller to the PC, you will need a dedicated Wireless Controller Gaming Receiver for Xbox 360, which you can purchase on our marketplace. It is a small device which works similarly to a standard Bluetooth dongle – just plug it into your PC to allow it to connect with Xbox 360 controller.

After plugging the receiver into one of the USB ports on your computer, the system will start looking for appropriate drivers online and will attempt to install them automatically. If it doesn’t, you may need to install them manually, either from the included installation CD or by downloading them directly from the Microsoft website.

When receiver drivers are installed, you can begin connecting your Xbox 360 controller to the PC. To do this, plug in the receiver first and turn on your controller. Begin with pressing the circular connect button on the receiver until the light on the device starts flashing green. This means the receiver is ready to connect with your Xbox 360 controller. Continue by pressing the connect button on your controller – it should be located on the front edge of the device. Now green lights on top of the controller should start flashing, meaning it tries to connect to the PC. When lights stop flashing and only one remains lit, then it means everything worked fine and the connection is established – your controller should be ready to use now. 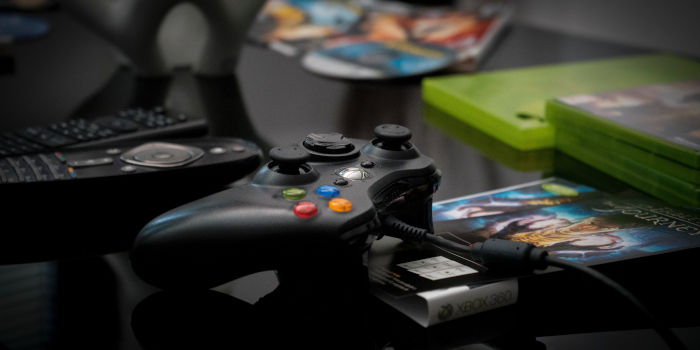 No matter how you connected the controller to the PC, you may want to check if it works properly afterward. Testing the controller could be done simply by running the game and checking for unexpected behavior, but doing it this way is not recommended, as you may easily miss any malfunctions.

Instead, open Control Panel and go to Devices and Printers after connecting the gamepad to the PC. From there you can choose the Xbox 360 controller – click it with the right mouse button and choose Game controller settings from the context menu. In the newly opened window choose Properties and then, in the Settings section click on Calibrate… button. Doing so will launch a calibration wizard – follow the instructions to calibrate your device.

Once you are finished, you can switch from the Settings tab to the Testing tab in the Properties window. Here you will be able to conveniently test your controller and all of its buttons. Leaning analog sticks and pushing triggers will cause Z Axis, X Rotation and Y Rotation positions to change accordingly. Similarly, pushing buttons will cause corresponding positions in the window glow red. Make sure everything works properly – if it doesn’t, you may want to install a different, possibly older version of the controller driver.