The more video games, the more genres mix and try out each other’s strengths. As it turns out, even the fundamental and seemingly simplest ones can lead to confusion – like the good old RPG.

We all know what role-playing games are, right? You have a character, set out on an epic — most often — journey to see what happens next. Along the way, you can develop your skills, meet fantastic heroes and experience legendary adventures in the battle against evil or another grand enemy. So why do we divide this genre into Western RPG and Japanese RPG? Are they so different from each other? As it turns out – yes! If you want to explore the fundamental differences between these seemingly similar subgenres, you’ve come to the right place. Welcome to the ultimate RPG vs JRPG comparison!

Both sub-genres have adapted their vital features from tabletop role-playing games like Dungeons & Dragons. You will find basic statistics like health, strength, power, or equipment in each of them. So why are they so different? 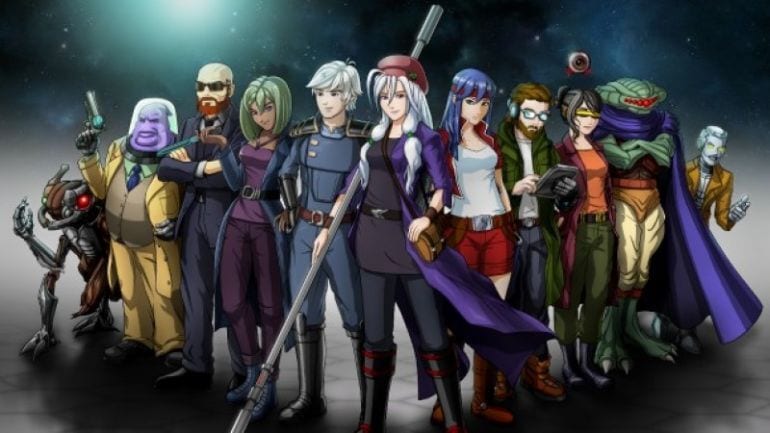 The first difference that comes to mind is the origin. After all, the very name of the JRPG shows that games of the genre most likely come from Japan. Surprisingly, we can’t count this feature as a core difference between RPG and JRPG, as no genres should be based on that aspect. And although most of the known JRPGs actually come from Japan, we do not call games like Dark Souls by this term. And this very title is a role-playing game of Japanese origin! The same is with Cosmic Star Heroine – a great example of a JRPG made by Western developers. So how do you tell them apart?

When choosing a new game, we first follow the features of the world. The time for other stuff comes later. Even before creating a character, we decide whether we want an epic adventure in the magical Middle Ages or a crazy journey through the reality of ghosts and demons. In this category, the outstanding attribute of Western RPGs is the open world. The player embarks on his journey in a specific place and can go anywhere without disturbing the main storyline. JRPG usually does not offer this feature, presenting a strongly defined storyline leading the player through predetermined locations. 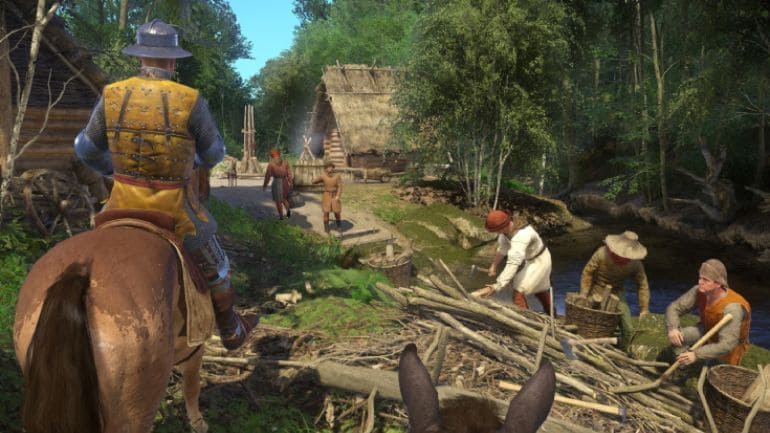 There is also something special about the surroundings and the graphics. Western RPGs present much more realistic worlds, often based on art from tabletop titles. You can expect grim medieval realities, magical lands devastated by spreading evil, or unhappy visions of the future where the heroes fight for their lives. JRPGs, on the other hand, are imagination running wild. Developers of these titles often abandon the Western tendency to realism in favor of epic views and fantastic lands mingling Japanese tradition with high-tech elements or visions of the future straight from sci-fi fiction. In this subgenre, the presence of religion or various Japanese beliefs is also quite significant. You can often come across elements from legends, ancient stories, creatures like yokai, ghosts, fox-like bosses, or funny companions from the afterlife.

To play any RPG, you must have your hero. It is where another core difference begins. In western RPGs, players create their protagonists from scratch by customizing their appearance, features, and skills. Then they introduce them to the game world, deciding about their story, adventures, and destination. There are, of course, exceptions like The Witcher. In JRPGs, heroes are defined from the very beginning. Yes, you can often choose your hero, but his appearance and features are predefined. It is because characters in this genre are part of the world. Their behaviors, preferences, and backstories smoothly complement the whole reality and guarantee an extraordinary immersion. 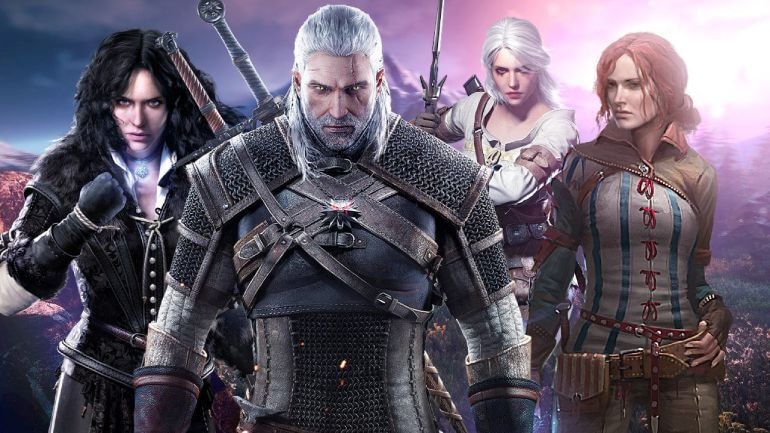 Playing Japanese RPGs, you will instantly notice the difference in character design. They often have anime-style features, bringing to mind this style of art. You can expect to meet some typical heroes on your way, like a brave teenager, a funny pet, an annoying schoolgirl, a magical demon, or a group of friends fighting with the force of friendship. Western RPGs are a slightly different character design – experienced knights, elven sorceresses, lonely wanderers with the past, or outcasts with amnesia blessed with powers of unknown origin. It is obviously not standard, but a valuable clue.

As we already know, the defined characters of jRPGs create worlds in which their adventures take place. For this reason, decision-making is practically non-existent in this subgenre. Yes, there are dialogue options, and you can have fun chatting with NPCs. However, they do not significantly impact the entire story because it is already pre-planned and simply linear. Therefore, the gameplay is almost identical for each player, which supports the exchange of impressions after completing the title. 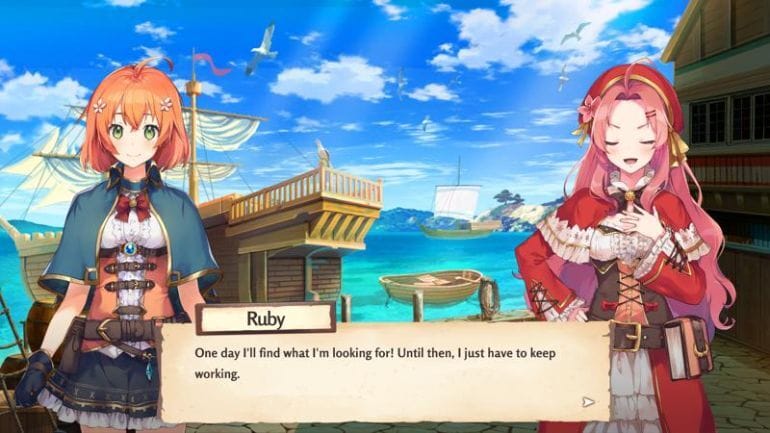 Western RPGs are almost entirely decision-making. Each, even the tinier mistake, can cost the player hours of gameplay or the hero’s life. One wrong decision can make a difference to the fate of the whole world, so it is crucial to follow the plot. In this genre, only the player decides about the outcome of his adventure, enjoying the best role-playing experience.

There are a few gameplay features of significant differences between jRPG and RPG. You will definitely notice them in combat. From the beginning, Japanese developers prefer introducing turn-based combat, which most often takes place from a different point of view. The fights are insanely spectacular, flashy, and full of moves that a living person would never perform in the real world. Meanwhile, western RPGs are a more realistic approach to combat. In this case, you can expect real-time battles with less dynamic moves.

Another difference is the number of companions in the game. JRPGs focus on as many companions as possible who — as we already know — create the game world. The more heroes, the richer the plot. There are also vital features like friendship, mutual support, or cooperation in combat – making the entire story more fun. A great example is Final Fantasy, where you can have up to five companions to help. Western role-playing games are a rather lonely adventure. In titles like Fallout and the Elder Scrolls series, you can only have one companion at a time. The plot depends on your actions and feeling like a lone survivor in the game world. 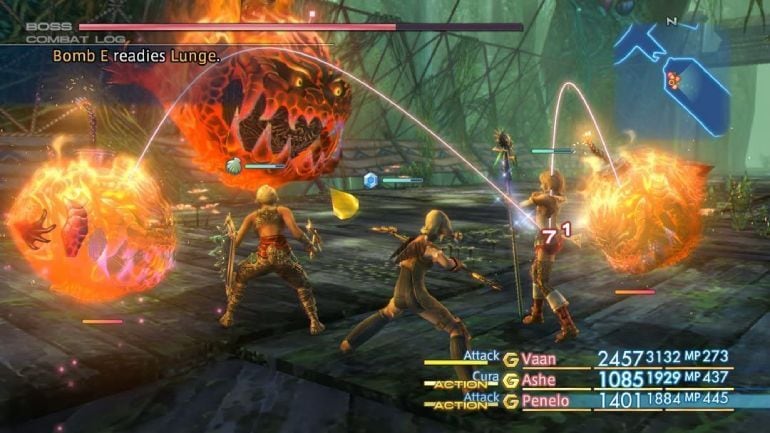 The last difference is the presence of multiplayer. The creators of Japanese RPGs are unwilling to introduce this feature, focusing on creating a perfect story. If you care about multiplayer, look for it among Western RPGs or the best MMORPGs, where you can find many free-to-play titles.

RPG vs JRPG – which is better?

There is no such thing as better or worse in this category. Each of these sub-genres addresses the specific needs of all players who love the entire RPG section. If you already know the core differences, you will find your ultimate game. And meanwhile, we can wait for new sub-genres to appear, combining the core attributes of RPGs and other titles. The future may bring many surprising combinations of our favorite features of Western and Japanese role-playing games.