The first installment of the series based on the novel of the same name introduces the player to the world of Metro and its characters. In the future, a nuclear war reduced the surface world to an irradiated wasteland. The survivors moved underground, making a living off what they could gather in the dark tunnels. One such survivor is Artyom, a young man living in a community that settled at one of the stations of Moscow metro. With the supplies dwindling by the day and enemy factions and other threats lurking in the shadows, Artyom will have to let go of his fear and stand up for the survivors of VDNKh station.

The follow-up to Metro 2033, Last Light takes the player back to the darkness of the tunnels of the Moscow metro. The protagonist of the first game, Artyom, returns after successfully dealing with the Dark Ones, mutated monsters living in the metro’s depths. Since making the critical decision of ordering the missile strike on the mutants, Artyom has been full of doubt about whether he made the right choice. Now, he must let go of his worries and focus on a new task – a bunker filled with pre-war goods has been discovered, and the factions race against each other to seize whatever is hidden inside. As a member of the Rangers, a neutral faction, Artyom heads out to explore this new location and find out what it contains. 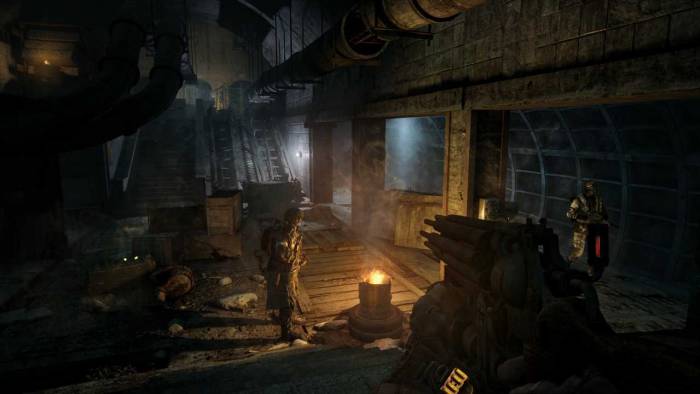 Metro Exodus is the latest installment of the series. The player once again takes control of Artyom, who lost hope in humanity after the brutal fights over the D6 bunker revealed the corruption and combative nature of the metro factions. The protagonist becomes obsessed with locating the survivors living on the surface and embarks on a mission to prove their existence.

FPS, RPG
It’s time to leave the confines of the Moscow Metro and find a brighter future elsewhere. Artyom and his familiar embark on a year-long journey across Russia, guided by a...

They call me Gato, I have metal joints. Beat me up and win 15 Silver Points. |Barry Burton, Resident Evil