Minecraft is more than a game. It’s a phenomenon on a massive scale. When the first versions of the game dropped in 2011, no one expected that the open-world sandbox title made by a largely unknown studio would grow to be one of the most popular games of a generation, off of which an entire media franchise was born.

Minecraft’s road to worldwide glory was long, and in this article, we’ll take a look at all the versions of Minecraft that were, are, and perhaps will be.

The earliest version of Minecraft set the first cobblestones for the franchises’ road to success. The initial version, known as Pre-Classic, was developed by Markus Persson, aka “Notch,” in 2009. Inspired by games such as Dungeon Keeper and Dwarf Fortress, he created the “Cave Game” – the initial title of what eventually would become known as Minecraft. The game went through several stages, introducing new mechanics and features, until finally, during Minecon 2011, Minecraft 1.0.0 was presented to the world. 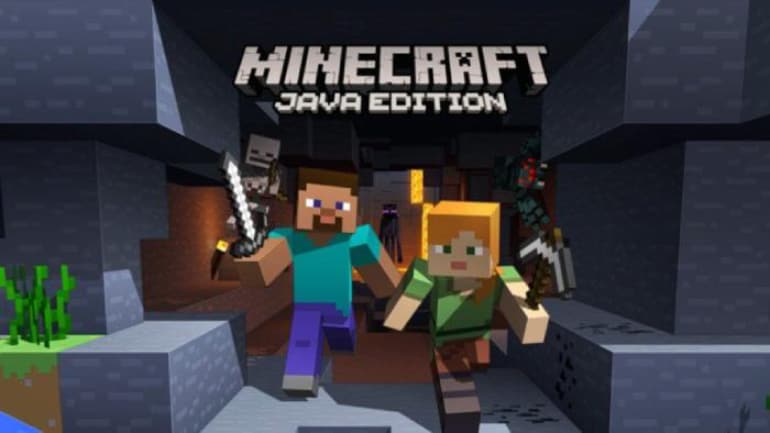 Java Edition features several unique mechanics, both in terms of gameplay and user experience. This version’s code allows easy modification, which is why JE boasts the largest library of player-created mods of all versions. Other unique gameplay features included different properties of in-game objects that didn’t make it to the subsequent versions. All in all, Java Edition was a small stepping stone for the franchise, but at the same time, a significant one.

Bedrock Edition was the first version of the game to move to other platforms, including consoles, Android and iOS devices, and more. The game shared most of the features with the Java Version but also introduced several changes in terms of mechanics and visuals, such as increased saturation, a different look of in-game mobs, and more. Versions of the game for respective devices also differed in the HUD presentation. 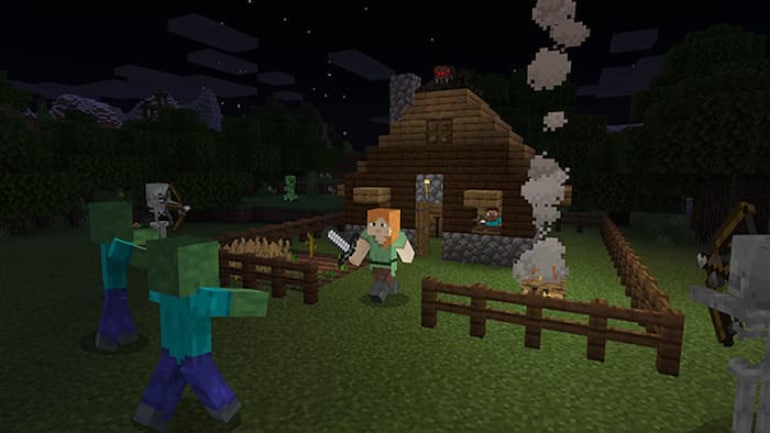 With time Mojang started adding new, device-specific features. Consoles and certain TV sets could run the game in VR. Players on PC Windows 10 could import and export the worlds they’ve created. Cross-platform multiplayer was available only for the users of PCs and Xbox One consoles through Xbox Live. These changes, bigger or smaller, were ironed out and adjusted with periodical updates, which the Bedrock Edition is receiving to this day.

Legacy Console Edition is a version of Minecraft released for the main Sony, Microsoft, and Nintendo consoles. Gameplay features unique to this edition included a tutorial mode, simplified crafting, decreased world size on the seventh-generation consoles, local multiplayer on Vita and Switch, and many other smaller changes.

All of the Legacy Console Editions have ceased updates on their respective platforms, but the games are still playable there. Owners of the newest generation of consoles can play the Xbox One and PS4 versions of the title through backward compatibility.

Owners of Nintendo 3DS had to wait six years to get their hands on a version of Minecraft dedicated to their consoles. New Nintendo 3DS Edition introduced more changes to compensate for the console’s performance capabilities: world grids and mob caps were once again shrunk, and online multiplayer was axed in favor of local ad-hoc play.

Despite these changes, the 3DS version of the game compared favorably to other handheld versions, especially Wii U. The game also made creative use of 3DS’s touchscreen to display the map of the world and manage the player’s inventory.

Thanks to its (generally) family-friendly presentation, Minecraft gained huge popularity among the youngest players. The developers saw potential in the educational value of the game, hence the release of Education Edition. This version of the game allows the teachers to create a fully-equipped learning environment, where students can work together on different projects based on the game’s mechanics. Education Edition introduced several teacher-friendly mechanics, such as a dedicated NPC model to observe the students at work, chalkboard items to write on, and various methods of logging the students’ progress. 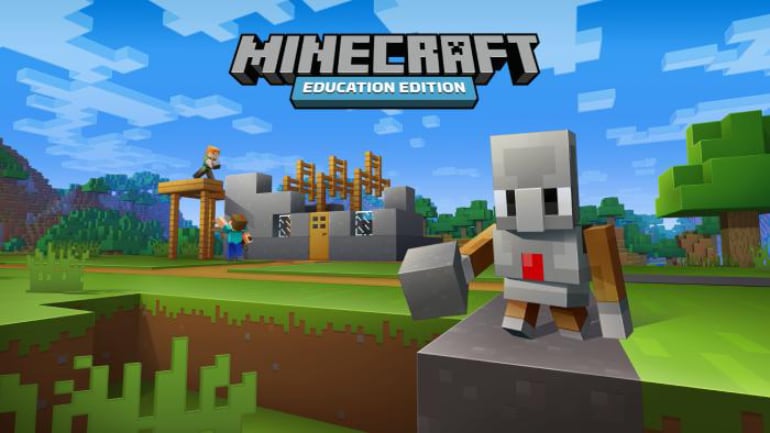 One of Minecraft: Education Edition’s main features is its accessibility. The game can be played through the browser on a school computer, with lesson plans readily available on the game’s website. With a few clicks, a teacher can carry out their Minecraft classes, which will provide the students with an interesting deviation from usual lessons.

Despite what the title might suggest, Pi Edition isn’t a version of Minecraft aimed at the enthusiasts of mathematics. This version was released on the Raspberry Pi computer. Pi Edition shared many similarities with Bedrock but was also quite restrictive in available features. The player could play one mode of the game – Creative. The only world type available was the Old; the player was limited to the basic Steve skin, and crafting options were disabled. 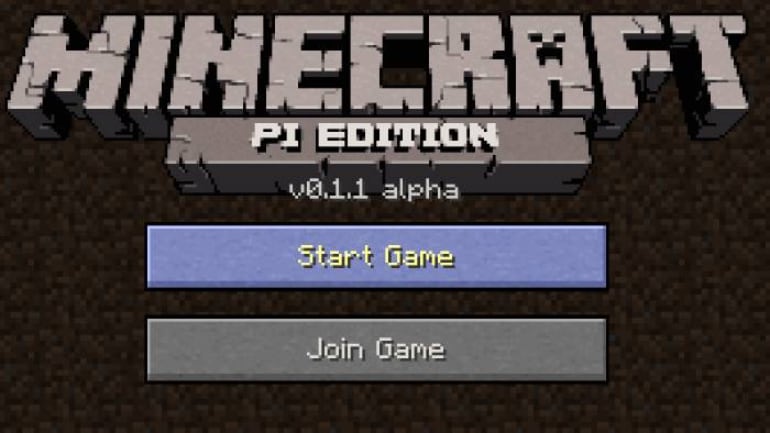 As of writing this article, there is no news of any further updates of this version, effectively making the Pi Edition discontinued.

If you ever wanted to test your Minecraft building skills in the real world, this edition of the game is your best chance to do that. Released for Android/iOS devices, Minecraft Earth allows its players to create constructions in the real world, thanks to augmented reality. Due to the use of AR, gameplay mechanics differ significantly from those of the regular titles. The player can build up and dig down but cannot ascend or descend unless the real-world constructions allow it. Day and night cycle has been removed, with buildplates having their preset lighting, irrelevant of the time of day. The player’s inventory space is almost unlimited, allowing for stacking up an infinite number of blocks and items.

Minecraft Earth is an example of the growing popularity of games utilizing AR. Another example of such a game is the widely popular Pokemon GO.

Minecraft Dungeons is Mojang’s first major departure from the game’s sandbox/survival roots. With Dungeons, Minecraft enters the world of action-adventure RPGs. The game is set in the universe of the original Minecraft and features gameplay mechanics typical to the new genre. The player controls the protagonist of the game, whose task is to defeat an army of illagers, led by nefarious Arch-Illager. 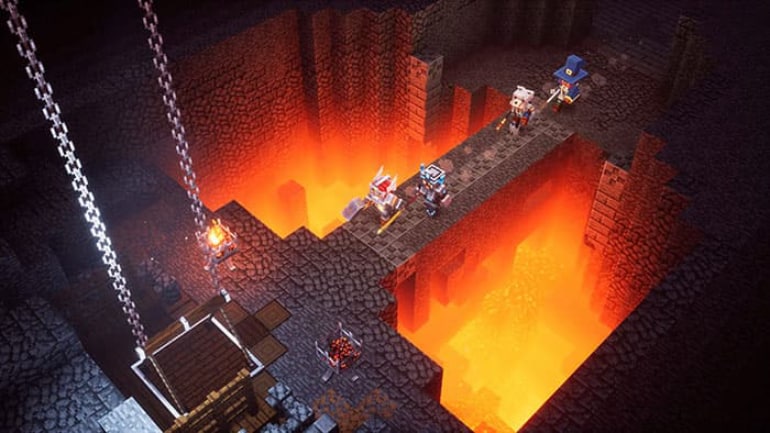 The gameplay of MD follows the player as they cut through hordes of enemies using a variety of Minecraft-style weapons. Unlike the original Minecraft, the world of Dungeons is quite linear, with only some of its elements generated procedurally. The game features several RPG elements, such as character customization, leveling, etc. The game supports up to 4 players in co-op multiplayer.

We’re not sure if it counts as a version, but what the heck – Minecraft Launcher is a dedicated launcher platform for the Minecraft titles. The main feature of the launcher is backward compatibility, which allows the player to access older builds of the game. Other features include management of several player profiles, automatic updates, and user support from Mojang. Simple and effective.

Seeing the current state of the franchise, it’s hard to believe that Minecraft started as a small project of one developer. The franchise has undergone serious changes since those early days, and now hardly anyone realizes how many iterations have been released. Each of them introduced something new, expanding the game to the state it is in today.

Alongside the main game, the Minecraft franchise has spread across various other media, including books, toys, spin-off games, etc. Still, the original Minecraft, full of infinite creative possibilities, remains the core of what Markus Persson dubbed “Cave Game” back in 2009.