It’s always nice to play a video game with a brilliant story, high-definition graphics, and freedom of choice. Some players are also into exploring maps or completing quests. However, good gameplay doesn’t mean much without great main male game characters.

A polished leading character is a recipe for success, and game developers know it well. What if the protagonists are males, not only strong and provided with an interesting background story, but also exquisitely handsome? Then the gameplay takes on a completely new quality, and these hot guys become simply unforgettable. We have prepared something special for all the ladies to celebrate International Women’s Day…

Yes, we did it, we put Mario as the most handsome male video game character of all time and not entirely as a joke. Everyone dreamed once of being a princess in distress, saved by a strong and brave man. Mario not only saves princesses but also does it in a truly Italian style.

The protagonist of the franchise is a plumber with an unusually rich mustache who bravely traverses the levels of the game to collect items and defeat enemies. Even the dangerous bosses who stand in his way shall tremble in fear. Furthermore, Mario seems to be quite a romantic behind-the-scenes. What more could a girl wish for?

The white-haired hero of the Devil May Cry series, who dedicated all his life to slaying demons. Arrogant, confident, and reckless. But also very funny and hot as the bottoms of your laptops.

Dante doesn’t care about hordes of monsters emerging from the depths of hell. Driven by vengeance, he has become the most effective machine for killing demonic beings. He is equipped with various weapons that he uses with genuine joy.

The leading hero of the Uncharted series, an enthusiastic explorer and treasure hunter. He is quite easy on the eye, but his personality may be found very attractive as well. 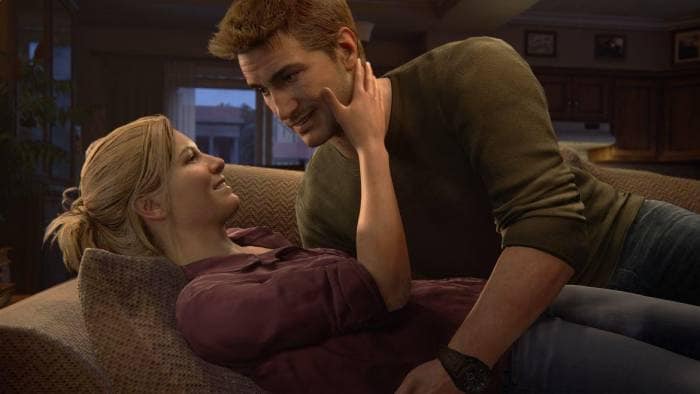 Drake frequently finds himself in situations that are incredibly dangerous to his health and life, which is why his profession can be described as rather risky. However, even in the face of danger, he will sooner offer a dry joke than show that he is nervous.

Referred to by critics as one of the best-looking male game characters ever. Solid Snake is a highly skilled mercenary specializing in stealth missions. 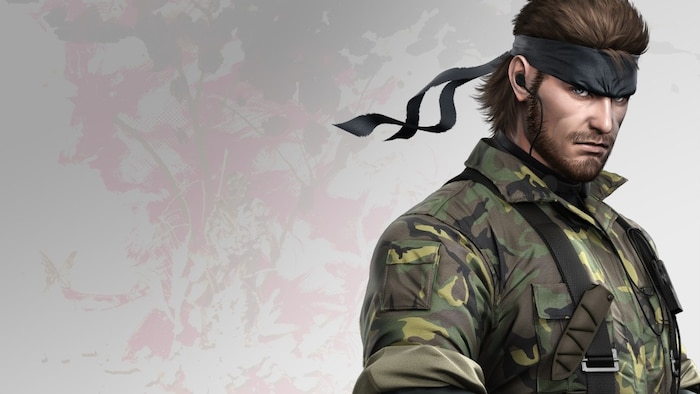 The professional soldier will complete the task entrusted to him and will never lose his cold perception of reality. Solid Snake practically lives on a battlefield but is equally happy to laugh and flirt.

The long-haired monster slayer from The Witcher series. He owes his extraordinary appearance to many fights and a series of mutations required for the profession. 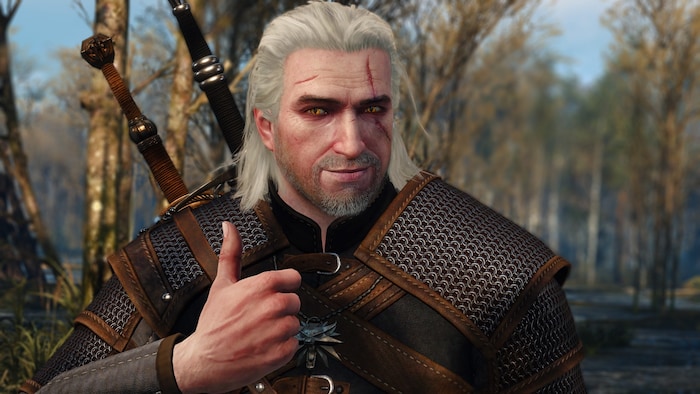 Geralt may seem to be reserved, but when he says something, he has the last word. Aside from constantly throwing himself into the fight or entertaining lovely ladies, he also likes to sit in a pub and play Gwent.

Driven by the desire for revenge, an Italian boy has received training as an assassin and eliminates his enemies while exploring the cities of Europe. And what’s more, he is also one of these really hot guys in video games. 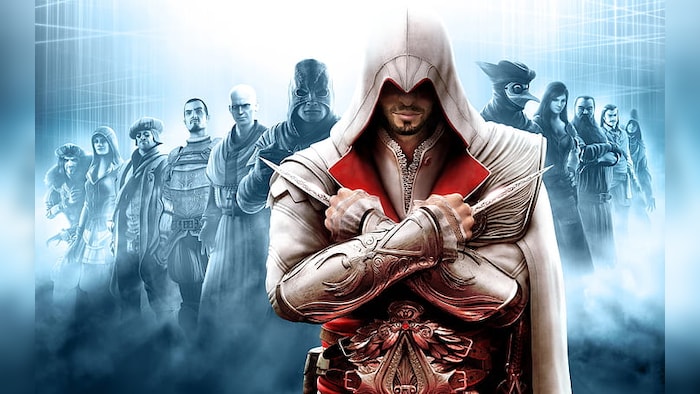 Ezio has captured the hearts of so many players, that he received several titles of the Assassin’s Creed series. Not only is he fast, quiet, and efficient, but he also doesn’t shy away from having fun. He is described as one of the sexiest characters in video games ever.

A legendary hero straight out of Greek myths, who tirelessly face the challenges set by fate and the gods themselves.

Kratos is the essence of a wild fury driven by revenge and fueled by an eternal hatred for the gods. He gets carried away easily and is unstoppable but reveals the cute side of his personality around the family.

The Prince - Prince of Persia: The Forgotten Sands

Young, dark-haired, and arrogant. The main hero of the Prince of Persia series is a literal reflection of the changing nature of the vibrant Middle-Eastern cities. 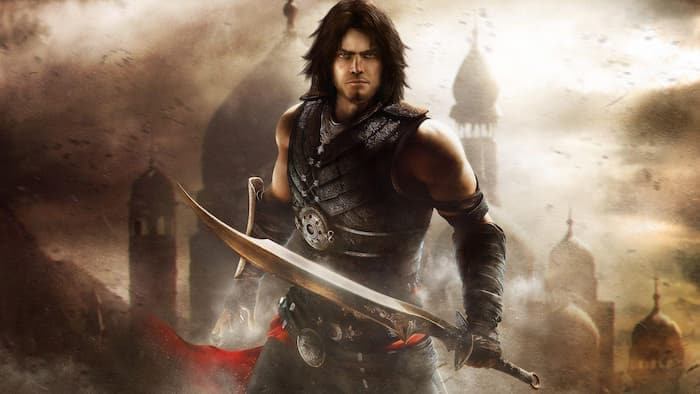 The prince is a proud figure and rather refusing to accept any failure. However, his reckless attitude often leads to such situations, so the protagonist has to learn from his own mistakes more than once. At the same time, he defends his beliefs and the people he cares about.

Prince of Persia: The Forgotten Sands

A silent professional assassin, the best of the skilled clones, and quite a mysterious figure. Probably the most famous bald head and red tie in the world.

Agent 47 is a real enigma. On one hand, he is a cold handsome killer but on the other, he happens to reveal surprising human emotions. You never know what to expect from him, but he is known for enjoying the company of little pets.

The main hero of the western game Red Dead Redemption and a supporting character in the second part of the series. Strong, resolute, and sarcastic.

John Marston is a man born to wear a vest and a hat. He is handsome, he has long hair and he is as tough as the Wild West itself. Though seemingly unfazed, he values loyalty, justice, and family life.