The Elder Scrolls is one of the most popular role-playing game series, considered by fans to be an absolute masterpiece. But like any creation, even the most impressive masterwork has its flaws and charms – both accidental and intended.

Such features are often the reason for divided opinions on the entire work. The fans are sharing, and they are still trying to prove to the other side that their favorite game is better. And that’s what we’re going to do today! Here’s an overview of two of the most epic titles in this legendary series that might help new players decide what to play first.

Get ready to explore the world of Tamriel with our all-inclusive Skyrim and Oblivion deals.

The Elder Scrolls series is a carefully crafted fantasy world that lives a life of its own. Let’s talk about two of the best of Bethesda’s works: TES 4: Oblivion and TES 5: Skyrim. What connects them? First of all, they are all about telling epic stories set in unique fantasy worlds that have never existed. Their action takes place on various, magical continents of the world of Nirn, surrounded by two moons. Both Oblivion and Skyrim take place on one continent of Tamriel – only in two separate provinces. In Oblivion, the player traverses the beautifully wooded landscapes of Cyrodiil. In Skyrim, everything takes place in the ice and snow of Skyrim.

Moreover, the events known from Oblivion happen 200 years before the beginning of these from Skyrim. This knowledge has no impact on the gameplay but always better to know that both adventures are part of a deeper, turbulent story of Tamriel. 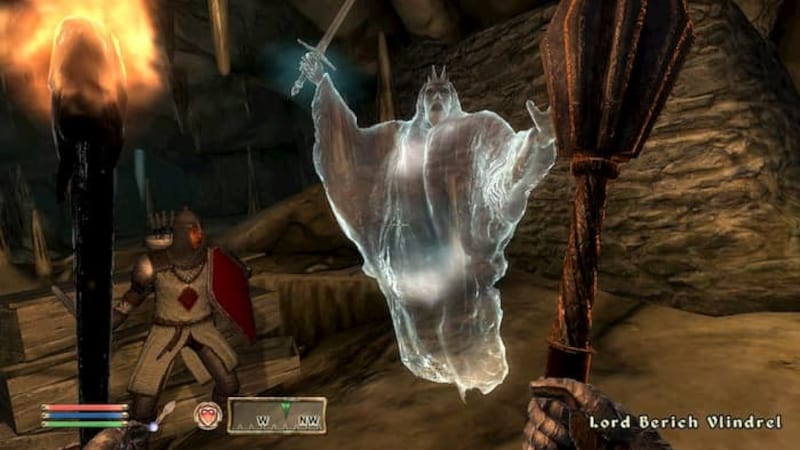 In Oblivion, you will confront the challenging political situation in the province of Cyrodiil, which lacks its rightful ruler. This crisis generates several problems like changes in the moods or the opening of the gates to hell. When everything is falling, you are the only one to find a new ruler and restore the land to peace and order. To do this, you need to decide your hero’s race and class and then set off on a journey through the massive game world. Here you will find hundreds of hours of addictive quests. You will visit dozens of different lands, discover the secrets of the dungeons and meet hundreds of intriguing side characters.

In Skyrim, you play the role of one of the last dragon hunters. Although the flying reptiles are long gone extinct, you will discover more dragons appear in your land. This phenomenon carries the threat of the impending return of the god of destruction. To prevent the world from extinction, you have to go on a journey to face evil and become the most mighty warrior. On this expedition, you will visit hundreds of dark locations, dungeons, and towns where you will undertake tasks and meet the inhabitants of the Skyrim province. What’s more, the creators of this game put a lot of work into the decisions made. Therefore, every choice can make an enormous difference in your story, sometimes with bittersweet endings. 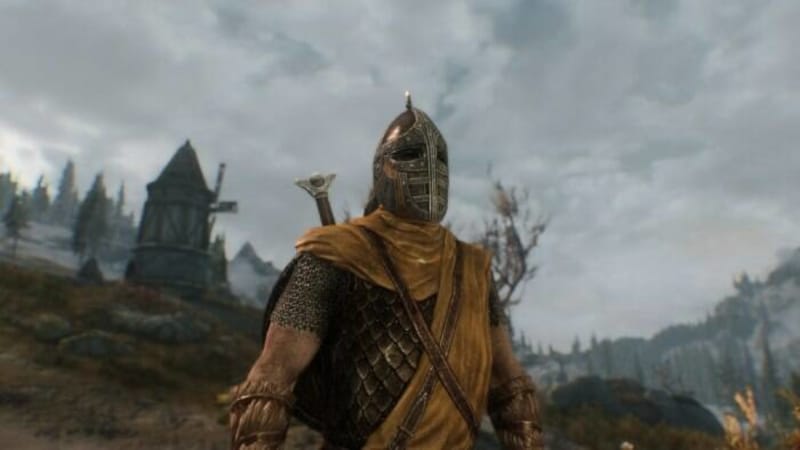 While similar, the two titles are independent games. Let’s start with the audiovisual setting. Oblivion had its premiere in 2006, which makes its graphics much rougher than the one known from Skyrim. Meanwhile, Skyrim has aged very well, offering incredibly realistic effects such as falling snow or the naturally moving waves of the sea. The music for both parts was composed by Jeremy Soule. The soundtrack is epic, touching, and perfectly highlights the events in each of the games.

According to players on Steam and Reddit, all crucial differences come down to the gameplay. At this point, fans divide, suggesting the strong champions of this ranking. Many of them notice that while you are the chosen one in Oblivion and everyone knows it, in Skyrim, people treat you like any other citizen. Nobody in this title praises you for your worth, and it is easy to receive a beating on the street for the tiniest crime. So better find out what you can in Skyrim and what activities are better to avoid. For example – it is better not to attack chickens because citizens will respond with aggression to such a move. It is due to a programming error during the development, thanks to which the citizens perceive chickens as humans. It’s a minor mistake spreading as a meme for many years, but even the bravest of heroes can cost their lives. 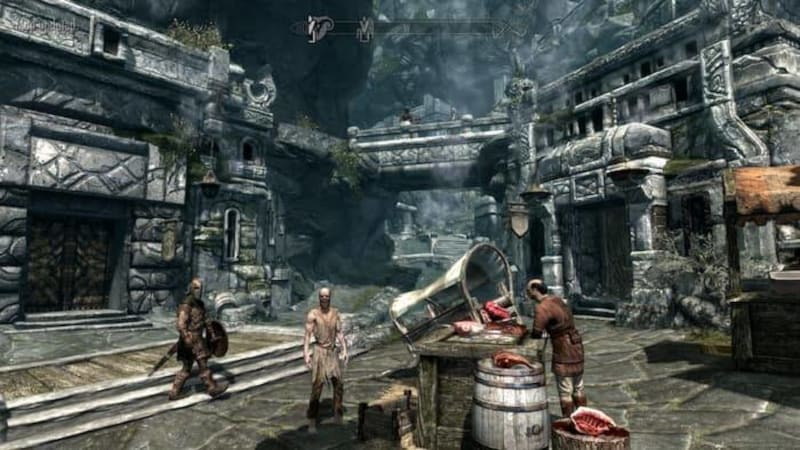 The character creation system is also a crucial difference between Oblivion and Skyrim. While in Oblivion, you can give free rein to your creativity and choose from the available classes, in Skyrim, you do not have such an option. You are a human with a dragon soul, who may seem quite overpowered. Skyrim focuses more on the epic and legendary nature of the story. There are dragons, a massive map, serious enemies, powerful weapons, heroic quests, and thousands of mods. The combat system is significantly improved, and the battles are dynamic and fluid. It’s a game where you feel like someone who can make a difference. Everything is shrouded in the extremely depressive atmosphere of an unfolding civil war. It is a massive, dark world, full of secrets, destruction, and hopelessness for the future. And you are the only one who can change the existing reality for the better.

Although the infernal gates have opened in Oblivion, the gameplay atmosphere does not give you the feeling that such a situation is taking place at all. You will spend most of the game traveling through colorful locations, green forests, and breathtaking mountains. You will meet hundreds of intriguing characters and complete an endless number of addictive quests. And here are the other differences between the two titles. While Skyrim is heavenly epic, players complain about the slightly bland and tasteless nature of chats with NPCs. At the same time, Oblivion is full of natural interactions with citizens whose stories are touching. Everything in this game seems better – better NPCs, better stories, and better guild quests. Many players on Reddit confirm they often repeated conversations with NPCs only to experience the emotions coming from the story once again. Moreover, Oblivion doesn’t take everything seriously. Here you will find both heroic deeds and quite goofy moments. It is a pleasant escape from the harsh Skyrim climate, where there is no room for jokes. Nonetheless, players note that Oblivion is overly optimistic and could use some darkness in the story. The world of this title is beautiful and fascinating, but Skyrim wins with the gloomy atmosphere of the entire gameplay.

What about the combat mechanics? Well, it is undoubtedly better in Skyrim. Combat is dynamic, requires a bit of tactical sense, and features spells and weapons. There are also realistic moves like dodging or sneaky attacks with smaller one-handed weapons. The player must engage in combat to be successful. Oblivion, meanwhile, sticks to the classic combat mechanics known from Morrowind – the mindless waving of a sword. Only mages can have some fun in combat by creating their staff and unique spells. 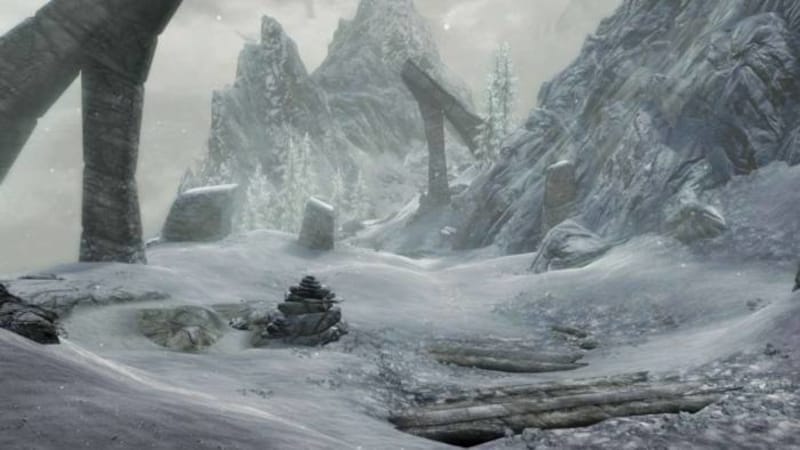 The answer depends entirely on your expectations. If you are looking for dark content set in the harsh atmosphere of the world of dragons and eternal winter – buy Skyrim. Much like The Witcher 3: Wild Hunt or God of War, here you have one leading character confronted with a complicated situation involving humans, gods, and supernatural beings. It’s up to you what to do with it, and the open world of the game offers endless possibilities.

If you haven’t played The Elder Scrolls yet – choose Morrowind. This endlessly legendary game is the beginning of the series that will smoothly introduce you to the world of Oblivion and Skyrim. This way, you will have the opportunity to observe the history, become part of it, and witness the technical changes introduced with each installation.

If you’ve dealt with Morrowind, Oblivion will surely capture your heart. The atmosphere is similar, the characters and quests are spectacular, and the graphics are considerably better. And above all, it is a masterpiece in terms of plot and a fun proposition for a start. Perfect before entering hundreds of hours of epic struggles in Skyrim.