With World of Warcraft living it’s best days since more than a decade ago, the topic of WoW subscriptions is more relevant than ever. Since it’s not entirely straightforward, we’ll go cover the topic as concisely as possible without getting bogged down by the nitty-gritty details.

The first thing worth knowing is the difference between paying for a world of warcraft subscription and paying for game time.

Subscriptions, either in 1-, 3-, or 6-month periods, are recurring. Once you set up a payment option and choose the period after which you want to be billed, you can relax. As long as you have enough funds on the chosen account, the subscription will automatically renew itself.

Game Time, on the other hand, is a one-off purchase. It comes with the same time increments as the subscription does, but unlike the sub, once it runs out, you have to manually buy yourself some more time.

In both cases the prices are the same, so a choice between a subscription and game time can be boiled down mostly to figuring out how regularly you’re going to play the game. If you plan on being a dedicated player for a long time, then the subscription is probably going to be preferable, but it you’re going to dip in and out of the game, then Game Time is likely to be deemed more efficient.

How much do subscriptions and game time cost?

Of course, paying for more than one month at a time is more cost-effective in the long run, but it comes at a higher cost upfront, which isn’t always feasible.

Are there any cheaper options?

The good news is that you can buy Game Time cheaper thanks to Time Cards and Battle Chests, which you can buy from many sources, including on G2A. The Marketplace has a number of options for many regions, covering several amounts of game time.

Can you give someone a WoW subscription as a gift?

Not directly. You can send to someone a predefined (or custom) amount in Blizzard Balance, and the recipient can then use the funds to buy game time or subscription themselves.

Alternatively, you can buy them a Time Card, or even a Battle Chest, which contains several expansions in addition to some game time. Then the recipient simply has to redeem the code received after the purchase.

Can you play World of Warcraft for free?

Yes, WoW has a Starter Edition available, but it comes with several limitations. For instance, you can’t go higher than level 20, only have access to /say and /party chat channels, and more. In general, the Starter Edition is enough to get a taste of things to come in the full product, but nowhere near the full meal.

It’s only through paid options that you get access to Expansions (six of them, from The Burning Crusade to Legion), the full level cap of 110, and a ton of social features, such as guilds. And, of course, a subscription gets you to access to World of Warcraft Classic.

What about WoW Tokens?

WoW Tokens are a way to pay for game time with in-game gold. One can purchase them at the Auction House for an amount of gold determined by the game’s internal algorithm. Each token is worth 30 days of playtime.

You can also purchase Tokens with real money and put them up in the Auction House to get some in-game gold.

Playing World of Warcraft to its fullest extent certainly isn’t a cheap endeavor, but it’s not entirely hopeless, and there are enough options to try out before giving up on the game due to the strain the subscription would put on the budget. Between the one-off Game Time purchases, WoW Tokens, and offers on G2A, almost anyone is sure to find a way to enjoy the game and no overpay. 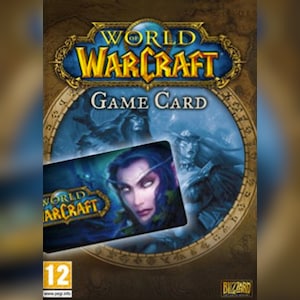