The company gained its worldwide fame in 2012, thanks to the release of The Walking Dead adventure game which was met with a hugely positive response from the gaming community. Since then, the company released multiple other successful games, most of which were loosely based either on comics written by their original authors or on other popular games. These include The Wolf Among Us, Minecraft: Story Mode – a Telltale Games Series, Tales from the Borderlands, and Batman – The Telltale Series.

Sad Fate of a Successful Company

Despite being able to constantly spit out high-quality titles with engaging stories and exciting characters, the company met a sad fate, as it wasn’t able to meet the rigorous deadlines set by the management team, and the revenue from sold games wasn’t as high as the company was predicting. Telltale Games strongly relied on developing games that take place in widely-known universes created by other authors, which means the company had to pay a significant amount of money for licensing rights. In the end, it turned out that the company was too optimistic after the initial success of The Walking Dead and, riding on the wave of its popularity, it bit more than it could chew – the costs were simply too high to allow the company to steadily grow in the chosen direction. As a result, the company started to cut its staff more and more, until it finally announced a shut down in 2018, halting development of its upcoming games such as The Wolf Among Us: Season 2 and leaving only 25 employees to fulfill company’s obligations. 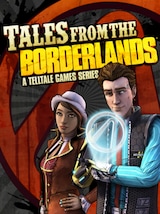 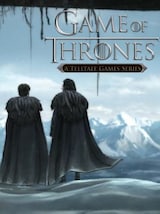 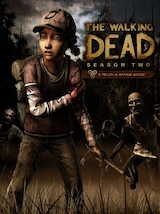 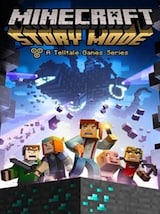 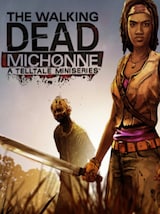 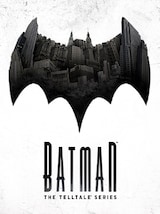 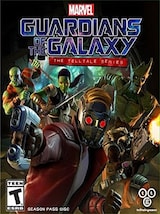 Back in the old days no one really expected Telltale Games to be closed, as it was always perceived as a successful company and an absolute leader in the point and click video games market. The news was absolutely shocking and heartbreaking, especially for the fans of the company’s productions.

Luckily, we’ve had another surprising news which no one really has seen coming. As announced in the middle of 2019, LCG Entertainment purchased the studio, giving loyal Telltale’s fans a glimpse of hope. It certainly won’t be the same company it once was, but the future already looks much brighter now knowing that one of the best storytellers is coming back. The revived company will work under its original name and it will even employ some of the old staff, which is surely good news for those expecting the sequels to the previous titles.

Soon we’ll find out if the new crew will meet the expectations, but for now, let’s take a moment to appreciate some of the best games developed by Telltale Games over the last years.

The list of the best games Telltale Games has developed is opened by the Tales from the Borderlands.

Borderlands was a hugely popular game by itself – it perfectly combined the first-person shooter with role-playing elements, and it added cell-shaded comic-style graphics, as well as a ton of humor and numerous pop culture references to the mix, resulting in a truly unique title.

Game of Thrones was one of the most popular TV series back in the days – no wonder that Telltale Games developers wanted to set one of their games there as well.

The game consists of six episodes total and takes place between third and fifth seasons of the original show. It takes place in the northern parts of Westeros around Ironrath castle, which is a seat of House Forrester, on which the game focuses.

Throughout the game, you will be able to control five characters closely connected to the House and experience the story from different perspectives. During the play you will meet few of the characters known from the original series, including Tyrion Lannister and Jon Snow.

When talking about the best Telltale Games titles you can’t really overlook the game that skyrocketed the company’s fame – The Walking Dead.

The second season picks the story several months after the ending of the first one. Once again you will accompany little Clementine while she journeys through the inhospitable world full of zombies (or walkers, as being called in the series) and devious people, which sometimes appear to pose a bigger threat than the undead themselves.

It’s worth noting that the game allows to transfer choices made in the previous season, as well as during an additional 400 Days episode, which acts as a bridge between events from seasons one and two. While the second season introduces a lot of new characters, some of the old ones also made their return.

It can prove quite difficult to find someone who didn’t at least hear about the game called Minecraft.

A simple game about mining, crafting, and building, set in a voxel-based 3D environment, giving players an enormous amount of freedom thanks to the sandbox nature of the title and randomly-generated worlds. Telltale Games decided to seize the opportunity and teamed up with Minecraft developers, Mojang, to craft a unique story taking place in the Minecraft universe.

Fans of the original game will enjoy attention to details when it comes to the world creation, as it’s made purely with blocks available in Minecraft, not to mention the items and locations, such as Nether and The End. The game consists of 13 episodes total, split into two seasons.

The Wolf Among Us is a game based on Fables comics and it is considered canon with the original series.

It is also considered by Telltale’s fans one of the best games the company has ever developed, second only to The Walking Dead. It takes place 20 years before Fables and allows you to play the role of Fabletown’s sheriff, Bigby Wolf, who is tasked with solving the case of a brutal murder of Faith, a local prostitute.

During his investigation he will meet many colorful and exciting characters, which are a loose interpretation of main figures of some of the most popular tales as seen in the distorting mirror, such as Snow White, Beauty and the Beast, Little Mermaid, and even Big Bad Wolf – the game’s protagonist – just to name a few.

Following the success of Telltale’s The Walking Dead video game, it was no surprise the company decided to remain focused on the series.

As a result, Telltale Games released a three-episode long miniseries revolving around journeys of Michonne, a tough African-American woman solving her problems with a razor-sharp katana, who left Rick’s group in issue 126 of the original comics.

The game closely follows her during the split and reveals the reason behind their reunion which takes place later on. The Walking Dead: Michonne offers very similar gameplay to other Telltale’s titles, meaning you will spend most of your time talking to other characters, performing quick time events, and making difficult choices that slightly alter the story.

By judging previous targets Telltale Games ambitiously picked and made them the core setting for each of their titles, it was obvious that at some point they will turn to creators of one the most popular defenders of justice, the Dark Knight himself.

The game is based on the original Batman character, though the story shown is not related to any other Batman work. Similarly to other Telltale’s games, Batman is not a typical point & click adventure game, as it does not feature a lot of puzzles or riddles, but instead focuses on developing characters and story through choices players make throughout the game. As such it could be better described as an interactive movie instead.

An innovation worth mentioning is the usage of an updated Telltale Tool game engine, which allowed the team to utilize physics-based models, texture mapping, and dynamic shadows, as well as reduced memory usage which translated into more stable gameplay. It also introduced a crowd play feature which lets people watch as someone plays the game, letting them cast their votes during decision making.

The last Telltale Games’ production worth mentioning is Marvel’s Guardians of the Galaxy: The Telltale Series, which was considered by some the final nail in the company’s coffin, but it was by no means a bad game.

In fact, it was quite the opposite – the title met with critical acclaim and received positive reviews from both reviewers and players alike. The issue was probably an over-expectation of the management team – Telltale Games spent a lot of money on obtaining licensing rights from Marvel, but despite being a successful title, the game didn’t sell as good as Telltale could possibly hope.

The game consists of five episodes and it features a new, separate story. If you are a fan of superhero-driven action, then you should definitely try this game, especially considering the fact that you will be able to meet and interact with a lot of well-known characters introduced in Marvel comics.

Guardians of the Galaxy: The Telltale Series

Telltale Games’ history was full of surprises and unexpected twists, from an overnight success coming from The Walking Dead game, through a shocking announcement of studio closure a few years later, to a wonderful revival of the company. During its existence, Telltale Games managed to create a lot of addictive and immersive adventure games no enthusiast of the genre should pass by indifferently. Now, knowing the company is coming back, we can only hope it will keep entertaining us with highly polished adaptations of the most popular universes for many years to come.