Game development doesn’t have to be hard – with all the modern tools we’ve got it’s easier than ever to turn ideas into indie games and the best part is that you can do it even on a tight budget. One of the tools people use to make games today is Roblox – an online game platform that allows people to create games as well as play games created by others.

There is a variety of Roblox games available when it comes to the genre, but today we’ll focus on horrors. Without further ado, let’s dive into the list of some of the best horror games on Roblox you can play right now.

Alone in a Dark House

Alone in a Dark House is a simple project that gained quite a lot of attention from the Roblox community. 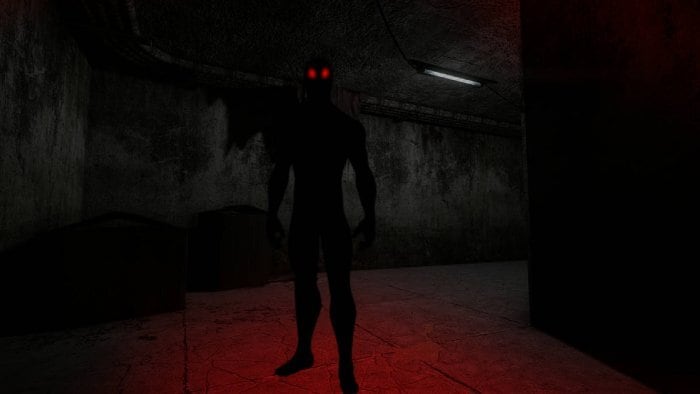 During the game, you will be playing as a detective tasked with solving a murder case. You will start by getting to the place where a certain couple was found dead – your job is to find the clues that could help you identify the killer. The game is mostly focused on exploring a dark house while keeping a cool head – the game will try to scare you on multiple occasions so be aware of the surroundings and tread carefully.

Making a good Roblox horror game takes a lot of effort – when playing Dead Silence you know that the developer took some time to make it an enjoyable experience. 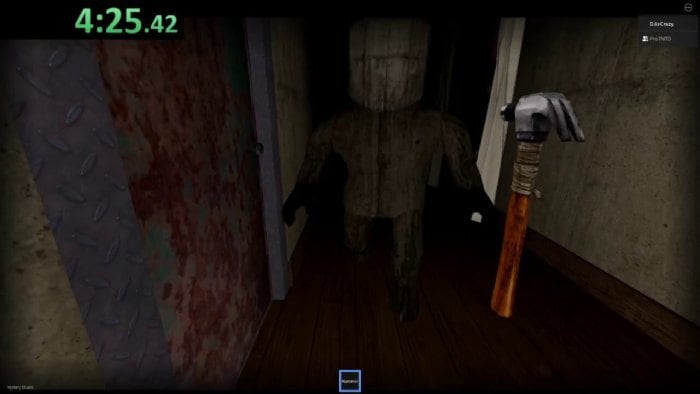 In Dead Silence, you will be exploring the sewers and the surroundings in order to find out what’s going on. There’s not much in terms of the story – the game favors pure horror experience over trying to make it a believable and immersive adventure. Expect some blood and jump scares as you navigate through dark and claustrophobic locations.

Inspired by Slenderman, which was wildly popular back in the day, the game allows players to experience the thrills of escaping this terrifying figure’s grip once more. 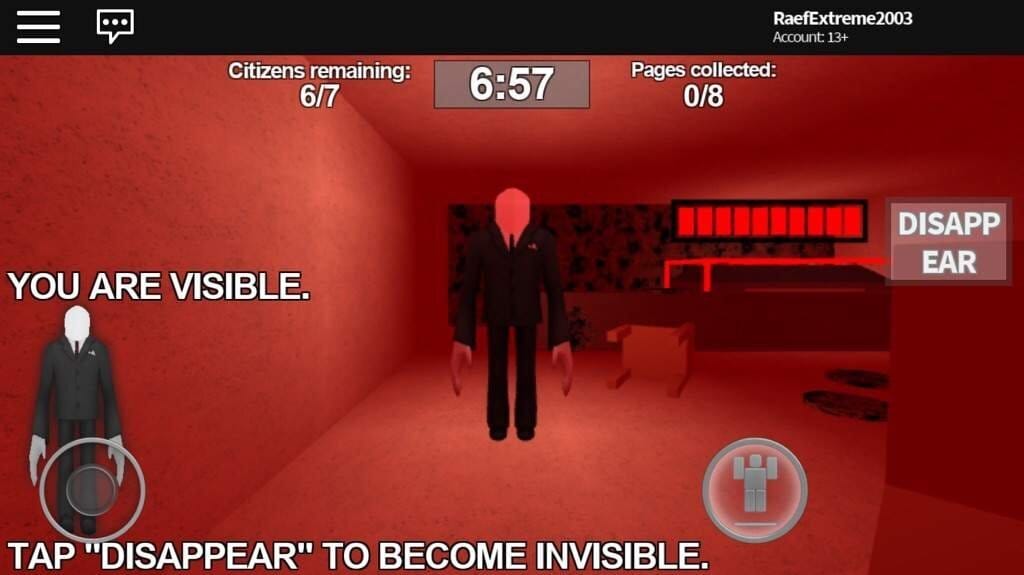 Slenderman is an extraordinarily tall man with long arms and a pale face. He wears a suit with a tie and is a popular character from creepypastas so it’s not surprising to see the games that feature him. Stop it, Slender! is not the first Slenderman game but it’s certainly a fun one and can be played with friends, just like most of the other Roblox productions. Your job in the game is to explore the playable area in order to collect the scattered journal pages. Try not to look back if you want to survive and be mindful of the time – it runs out.

Specter is a game where you will have a unique opportunity to play as a ghost hunter so get your equipment ready and begin the chase. 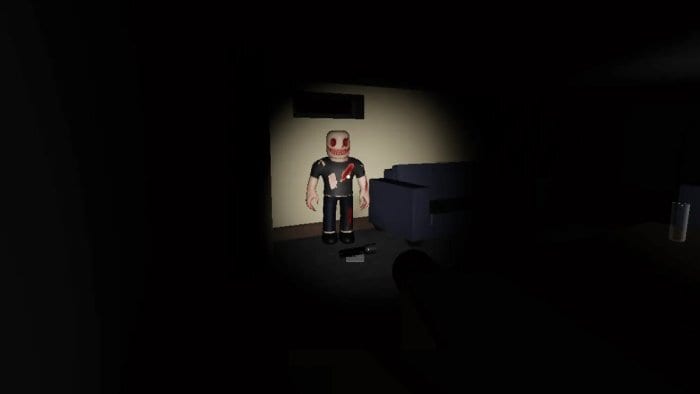 Specter revolves around trying to find evidence of a ghost haunting the house. You have a variety of tools at your disposal, including a tripod camera and an electromagnetic field reader. Locate the places of increased paranormal activity, find the ghost, and document its actions to prove its existence. Just be careful – it doesn’t take much to turn from the hunter to the prey.

Cult of the Cryptids

Cult of the Cryptids features numerous titular cryptids – creatures that are believed to exist but whose existence wasn’t confirmed. It’s your chance to meet at least some of them. 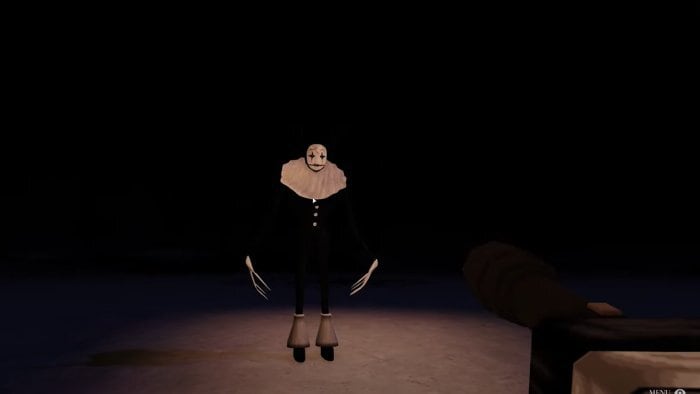 Cult of the Cryptids starts with your bus crashing in the middle of nowhere. You must act quickly to continue the journey – you don’t know where you are but it’s certainly not safe here. The aura of something evil surrounds the area and investigating it may not be the smartest idea, so just grab what you need and run. The game features a number of enemies, most notably Siren Head, a huge and deadly creature. Unfortunately, it seems that the place is its hunting grounds.

The Mimic is certainly one of the scarier horrors on the list – its creator clearly had an idea of how to present his work to achieve the best results. The Mimic is a relatively short game but a good one. You can see right away that the game’s developer put some time and effort into his work – the game strikes a balance between scary elements and peaceful sequences. It builds the tension to release it at the right moment, which often leads to a rise in the heart’s beats per minute. There are jump scares but they’re not the only terrifying element of the game – The Mimic creatively uses sounds and lighting to create a solid foundation for all the horrors to come.

On a more ridiculous side of the spectrum of Roblox horror games we’ve got Cheese Escape – find all the pieces of cheese and don’t get caught. 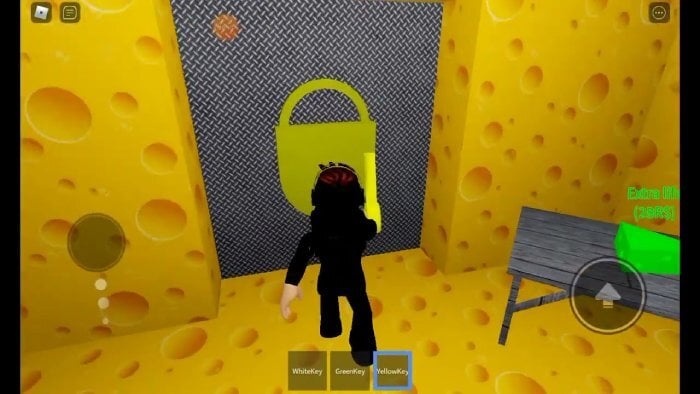 When you think that games can’t be sillier, you get Cheese Escape – a game, where your objective is to navigate through a cheese maze and collect all the cheese scattered around. There is a catch, however. You are not alone and once the guardian of the maze realizes that someone steals from him, he probably won’t let you live long enough to see another day. Outsmart your stalker and complete the challenge, that’s the only way to get out alive. It’s probably not the scariest game out there, but still worth a try for its uniqueness.

Breaking Point is not a horror game in a traditional sense – it’s a multiplayer title where several players are tasked with eliminating each other. Only one can remain and be declared a winner. 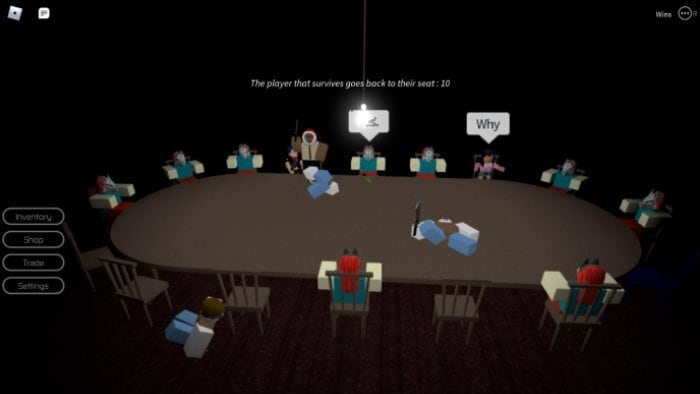 Breaking Point features several playable game modes but in the most commonly played one all players sit at the table and one player is randomly chosen to become a killer. He can kill anyone and then another random person becomes the killer. This continues until two players remain and then they will fight for first place with the use of knives, instead. It’s easy to learn and quite fun, especially if you have friends to play with – a perfect game for a Halloween evening party.

This one is more of an experience than a game but it’s worth trying, especially if you’re a fan of the SCP universe. 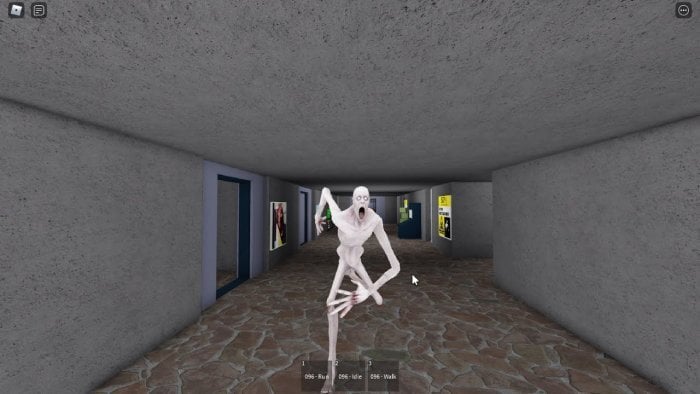 SCP stands for Special Containment Procedures and is a fictional secret organization responsible for securing all the anomalies in the form of objects, places, and creatures, and hiding them from the public. In real life, the SCP community maintains its own wiki project where it comes up with all kinds of weird SCP beings and describes them thoroughly in a professional manner, giving each one its own unique number. This game is like a zoo for various types of SCP creatures created by the community – you can tour the facility and meet some of the monsters. Not all of them are dangerous, but it’s still advised to exert caution.

Last but not least on the Scary Roblox games list we’ve got Infectious Smile, a funny take on all the zombie infection games. 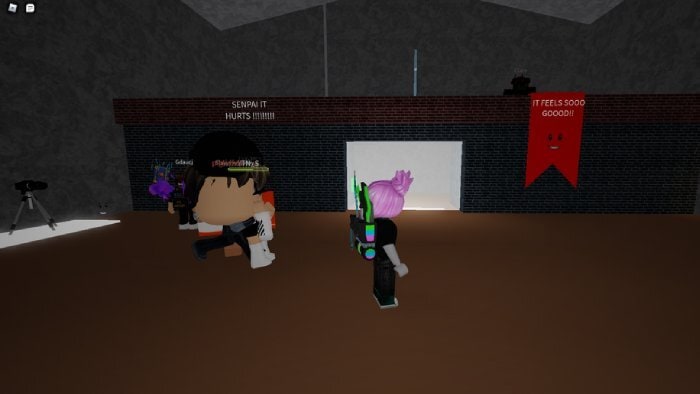 In the Infectious Smile, players are tasked with surviving in the arena where they must face those who were unlucky enough to get infected with a disease known as Infectious Smile. The infection is basically something similar to becoming a zombie, but instead of becoming a rotten corpse of flesh, your character will start smiling. It’s difficult to take that game seriously, but it makes it a good casual option to play with friends to chill and relax.

Roblox allows people with no professional knowledge to create simple games for others to enjoy, but it’s also a great platform to simply play one of the already-created games with friends – and there’s a lot to choose from, so everyone should be able to find something for themselves.

Get some Robux premium currency to upgrade your avatar or play for free – it costs you nothing to get into horror games out there.