Nioh and Sekiro: Shadows Die Twice are two games that are quite similar to the titles from the Dark Souls series, yet they are different enough that you can’t simply label them as Souls clones. Both games take place in a similar setting and both are quite challenging, with the emphasis being put on boss fights with complex combat mechanics. Still, there are a lot of differences, so it’s only natural that you came here in hopes of finding out which game is better and why.

We’ll take a closer look at several things, where the differences between Nioh and Sekiro are most apparent. Hopefully, with this knowledge, you will be able to pick the game that you will enjoy more.

Both Sekiro and Nioh take place during the Sengoku period – a turbulent era in Japanese history, when numerous clans fought for dominance and power in a never-ending civil war, trying to unite the nations under their own banner.

Both games are set in a fictionalized version of Japan, and both draw some inspiration from real-world historical figures and events. However, Sekiro focuses more on the real Ashina Clan and its people, while Nioh features real characters from various clans. Also, Nioh’s protagonist is an Irishman – seeing non-Japanese acting like a true samurai in the Far Eastern environment adds a unique flavor to the title.

In a Nioh vs Sekiro duel, combat is the first important difference that sets the games apart from each other. Each game has its own philosophy and encourages a different approach during fights. Sekiro requires more patience and rewards careful and defensive play, focusing on countering enemy strikes and waiting for that small vulnerability window to deal a fatal blow. It’s especially true if you take into account that fighting in Sekiro feels slower or even sluggish, so if you don’t time your moves correctly, you may not have the time to fix your mistakes. 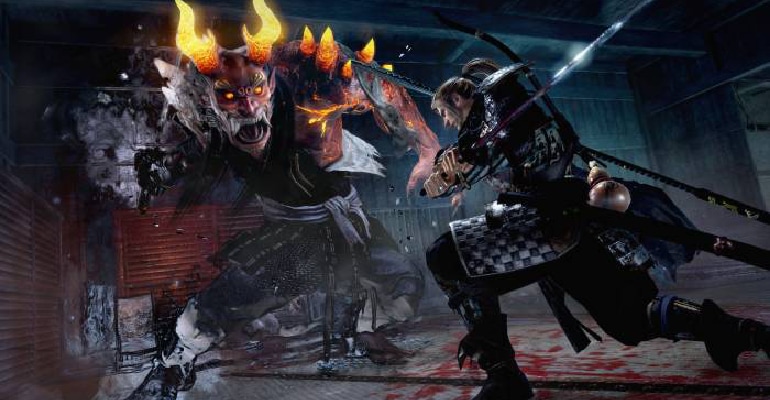 Nioh is more about going all in. Defensive moves such as dodging and blocking are still very important here, but they are a bit less important than they are in Sekiro. It doesn’t mean that Nioh is a mindless slasher, though – in fact, it’s quite the opposite. Combat in Nioh is more complex and technical due to the existence of action-limiting stamina and a variety of combat skills that your character will be able to learn during play. Remembering all the attacks and using them effectively during a fight can be quite a challenge, but it’s also very satisfying when you finally get everything right.

It may sound odd, but outside of fighting, things are the other way around, and Sekiro feels like a much faster game. That’s probably mainly because of the Sekiro’s grappling hook that allows you to swiftly move between areas or even easily get to seemingly unreachable places, such as tree branches and roofs, and it adds a lot of value to the gameplay. 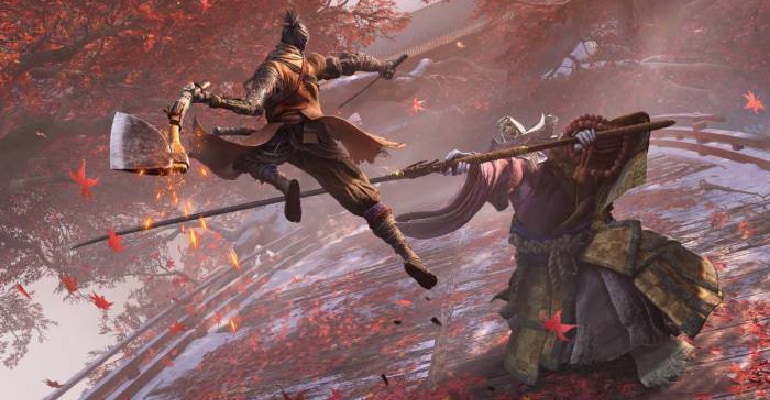 If video games were to be personified, one could say that Nioh is a heavily-armored samurai who keeps his feet firmly on the ground and is not afraid of going straight into the battle, while Sekiro is a swift and dexterous shinobi who prefers to stay in the shadows and take his enemies by surprise.

Sekiro is definitely a more original game when it comes to level design and enemy variety – FromSoftware’s craftsmanship and the experience they gained over the years by making Souls-like games did pay off and allowed the company to create a unique game that feels fresh and new.

Bosses and lesser enemies in Sekiro pose a real challenge with all their different attack patterns – their combos are much more varied and unpredictable, meaning that even once you learn all the attacks, some opponents can still surprise you if you’re not careful enough.

Nioh is more streamlined in this department, but it’s not necessarily bad – it just feels a bit lackluster when it comes to enemy variety, especially considering how long the game is. If that’s an important factor for you, then Sekiro is clearly a better game.

When it comes to Sekiro vs Nioh in terms of difficulty, both games are fairly challenging and will surely test your skills in a most unforgiving way, where each mistake can cost you replaying the entire sequence. You will most likely die a lot in both games, because they both put emphasis on the surprise element, and sooner or later, they will catch you off guard. 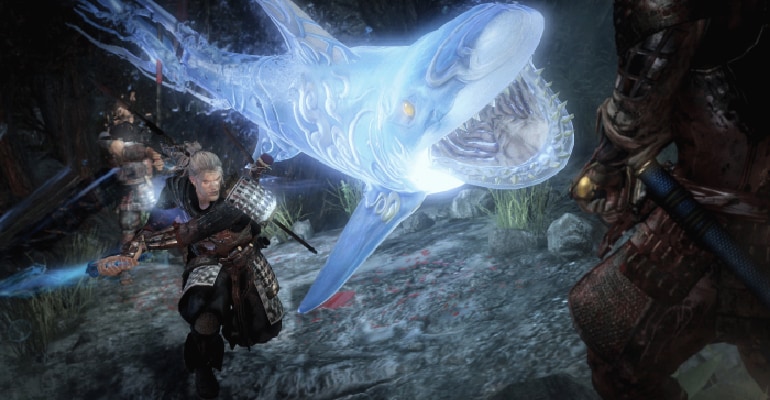 With that being said, Sekiro can be more difficult, but it features what you could call an artificial difficulty, where your character is purposefully designed to not deal too much damage, which makes encounters longer and this translates to more chances to make a fatal mistake. Bosses are also often accompanied by lesser enemies, which can significantly increase difficulty.

And how hard is Nioh? Its difficulty is largely dependent on the existing itemization, about which we’ll talk in a moment. The possibility to farm better gear can make your character overpowered and trivialize most of the available content if you’re patient enough.

Sekiro vs. Nioh: Loot and Itemization

This is another very important difference, and for some players, it can be a key factor when deciding which game to pick. In short – Nioh has complex itemization and Sekiro doesn’t, so if you like collecting powerful legendary weapons and armors, then Nioh is your only option here.

In Nioh enemies can leave valuable equipment pieces of varying rarity after they’re defeated. Finding better gear will help your character grow and make him more powerful, allowing him to stand a chance against more dangerous opponents.

Itemization in Sekiro is limited to quick-use items that are used mainly to heal your character or grant him some temporary buffs. There are no better armors or weapons than the ones you get at the very beginning, and if you want to become stronger, you simply need to earn experience and learn better skills.

Finally, let’s talk about multiplayer. If you’re asking yourself “which game should I get” and you wish to have some kind of interaction with other players, then Nioh is the way to go because Sekiro does not have multiplayer at all, which is quite odd considering the fact, that virtually every Souls-like game made by FromSoftware before had it. 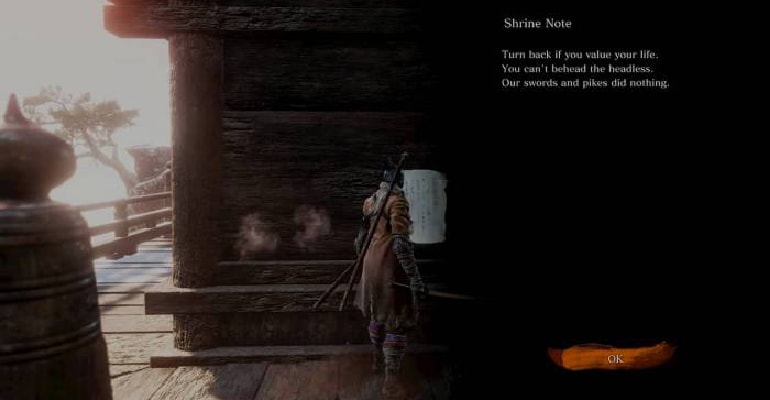 At least that’s how things are in the vanilla version of the game – there are some mods that make online play possible, but Sekiro wasn’t designed to be played with others in the first place, so if you’re specifically looking for a genuine multiplayer experience, you should go with Nioh, which offers incredibly addictive co-op action, some competitive PvP, and even clan battles.

Both Sekiro and Nioh are amazing Souls-like games and are different enough that comparing them may be just like comparing apples to oranges. Both games have great graphics and reasonable system requirements, so there’s nothing stopping you from trying them both out.

We tried our best to underline the key differences between the two, and hopefully, we made the final choice easier for you. Nioh and Sekiro play very differently, and only you can decide – depending on which features you value the most – which game is better for your taste and which one you will enjoy more.