There are two kinds of sport fans (obviously, there are more, but bear with us here). One kind loves the game itself, the clever maneuvers, the exhibition of skill, the triumph or talent and hard work.

The other kind of fan is more invested in what happens around the given competition: the transfers, the nuances of dealing with sponsors, and enticing coaches and medical staff to join your staff.

We are here to cater to the latter type here, with a selection of eight sim games which allow your micromanagement skills to truly shine, and prove once and for all that they should have picked you to run your favorite team. Without further delay, let’s hop into the backroom deals and nitty-gritty tactics in this list of…

The best sports management games, not just for soccer fans!

If you are into sport simulation, then recommending FM to you might seem like recommending water to a fish, however, this list could never be complete without it.

Especially since we’re freshly gifted with a whole new installment. Football Manager 2023 launched on November 8th 2022, and has already proved to be easily as solid and rewarding as the previous editions. 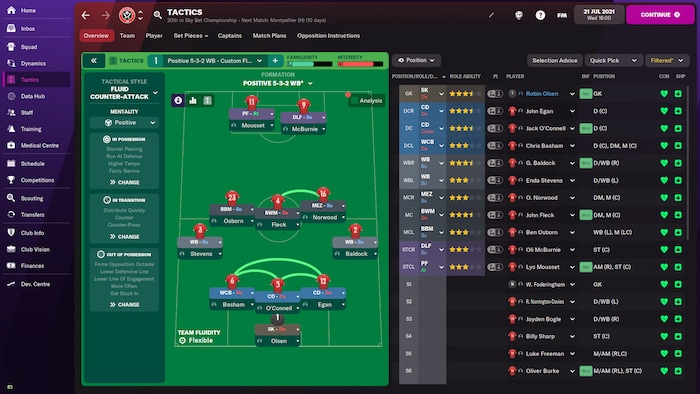 It has all the nitty-gritty detail of managing a football team and leading it to glory in whatever league you might wish to test yourself against. You’ll be fighting for transfers, cater to your star players’ demands, manage their trainings, and do much more. You won’t find a more complex and comprehensive simulator of the behind-the-scenes side of football/soccer anywhere else.

Perhaps you’re more into baseball and scoring home-runs, rather than goals. If that’s the case, and you’d love to go a bit… inside baseball, then you should give some attention to Out of the Park Baseball.

It’s every bit as detailed and complex as Football Manager, and it deserves to carve its glorious escape out of the niche it resides due to baseball being relatively obscure outside US. 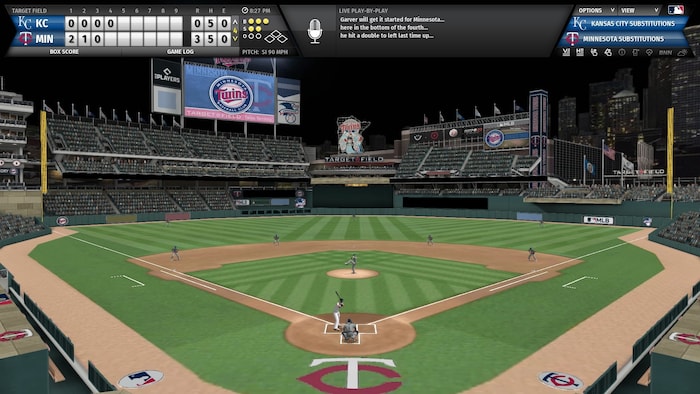 Out of the Park Baseball 23 is very comprehensive in its take on the sport, down to including historical seasons dating back to the 19th century. On the less esoteric level, OOTP23 has plenty of backroom dealing, training-management, and all the other facets of simulation one needs to see for oneself what running a baseball team is like.

Out of the Park Baseball 22

Let’s take a step back from the realistic, authentic, super serious takes on sport management simulation, and take a look at Legend Bowl.

It’s a cute game inspired, both visually and in gameplay, by sports classics from the 8-bit and 16-bit era. Admittedly, it’s more invested in having you play the game than running a team, but there’s the rock-solid Franchise mode for fans of management. 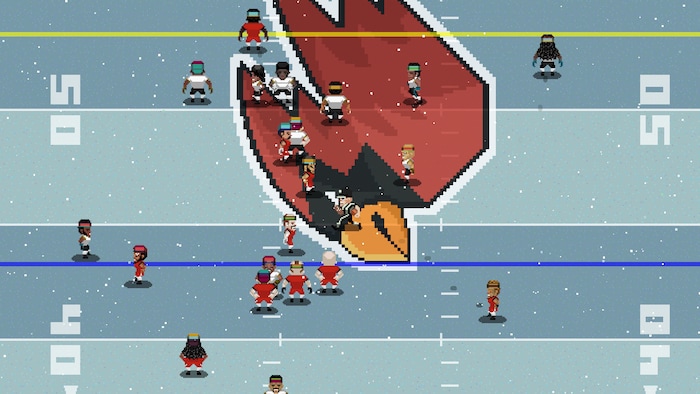 The mode gives you a satisfying degree of options, including assigning coaches, handling team dynamics, and and a robust support for off-season management. If you’re among those who love tweaking the appearance of your minions, Legend Cup offers a pleasant level of customization, especially for a game which adopted the 16-bit style graphics.

F1® Manager 2022 is a game for those, who have a need for speed, but aren’t super keen on being the ones speeding.

If rather than steering a mighty vehicle through narrow turns and fighting for position you’d prefer to manage the pit crew, handle training, and figuring out how to get sponsors to like your star driver, this is the game you should look at. 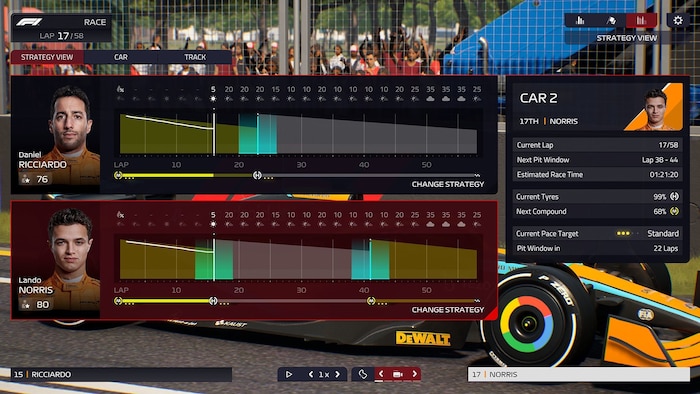 Of course, you’ll also have to handle the finances and technological development, because how could you hope your team wins, if you don’t work your butt off to provide it with tech edge? F1® Manager 2022 can be a lot of complex work, with many factors and aspect to pay close attention to, but it is very rewarding when you pave the way for a legendary season.

If you’d like to stay in the racing zone, but not at such breakneck speeds, consider Pro Cycling Manager 2022.

You know the drill, you’ll recruit cyclists, establish long-term strategies, and immediate trainings, contact and deal with sponsors, all the good stuff. The scouting system is quite engaging and provides you with plenty of data you can use to guide your future decisions. 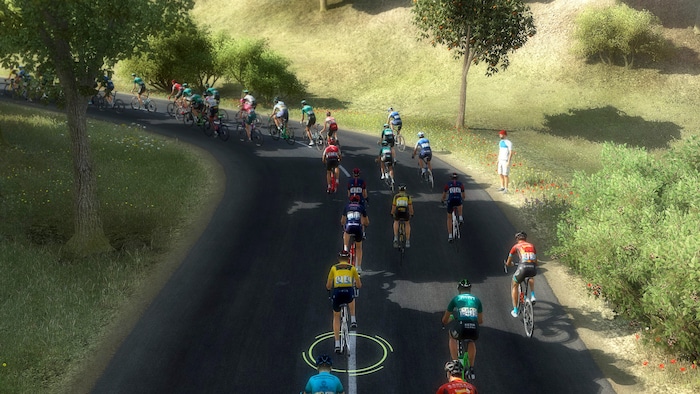 Pro Cycling Manager 2022 proudly features 21 stages from the Tour de France 2022, and the improved systems and improved UI not only presents a more realistic performance model, but also give you all the data you need to make informed choices about the future of the cyclists you guide. Of course, you’ll also get to see your hard effort animated and simulated in visualized races.

It doesn’t fly the banner of Formula 1, but this lack of licensing shouldn’t deter you, MM is still a complex and satisfying management sim, years after release. Like its F1 counterpart, it has all the layers of management necessary to accurately model what’s going on backstage between races. 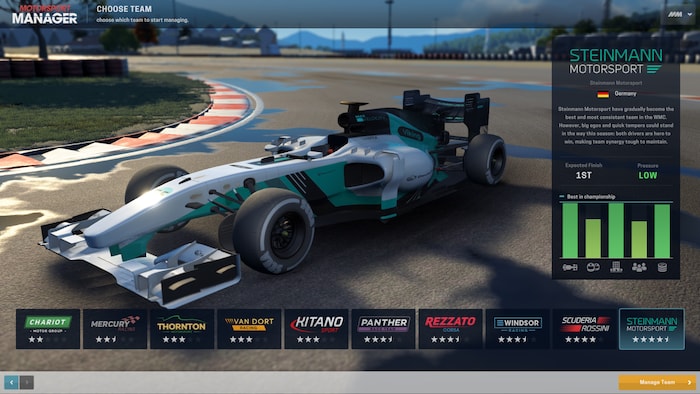 Running research and development? You got it. Making pitstop calls? Of course. Being ever on the lookout for experts which can help you shave off some extra seconds? Always. Sure, Motorsport Manager launched in 2016, so it might not be up to date on everything, but its design is rock solid, and if you’re a fan of this sport, you’d do yourself a disservice by not checking this game out.

If the heat of engines doesn’t appeal to you, cool off on a skating rink – we’re playing hockey now.

Well, your players are, you’re off to the side, trying to coach them, or screaming at the coach the job you hired him for. Eastside Hockey Manager is a complex, but rarely overwhelming, game, with a similar range of strategic and tactical decisions to its competitors from other sports. 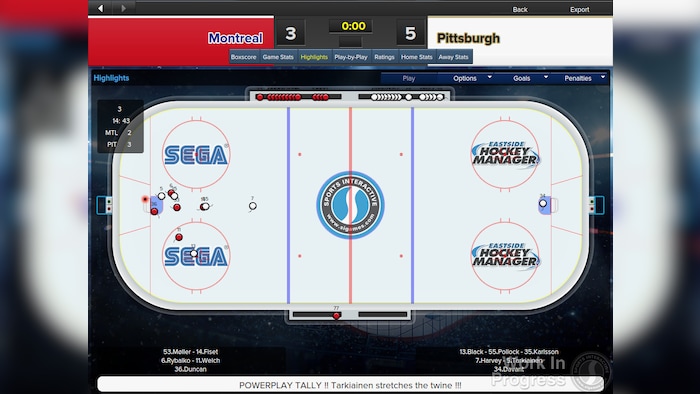 The granularity is deep enough that you can prepare tactics for individual players if you’re really into micromanagement. Unfortunately, EMH doesn’t have many officially licenses leagues and teams other than the UK Elite Ice Hockey League. On the other hand, it’s something easily fixed thanks to the mod support and a community creating their own databases.

Are you ready to pay exorbitant money to physicians to treat your precious players’ tennis elbows?

Well, you’ll have to whether you want to or not. Thankfully, that’s not all you’ll be doing in Tennis Manage 2022, since you’ll also be in charge of short- and long-term planning, gathering the right experts, and keeping an eye on the finances of the growing tennis star you’re helping. 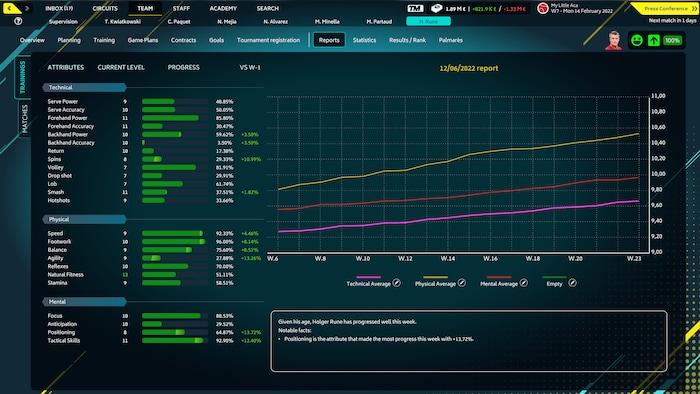 You can also design your own soon-to-be-perfect player if you’d like to skip the recruitment process. If you happen to change your mind, a catalog with thousands of players will be there, waiting for you when you need it. The tennis management sims are few and far between, but there’s a good chance that Tennis Manager 2022 might be just the game for you!

Sport sims for the aspiring managers

This concludes out list of games you should check out if you’re interested in the less glamourous side of sport, or would love to see your favorite team rise to fame it obviously deserves. Whatever your motivation, you’ll find that the quality and depth of simulation in these games is quite satisfying.