Despite their similarities, each game has its unique features, some of which can determine whether or not the player will enjoy the time spent with them. To help you decide which game would be more up your alley, we prepared a quick comparison of various features of both games. Thanks to our article, you’ll be able to figure out which is better suited for your needs – Terraria or Starbound? 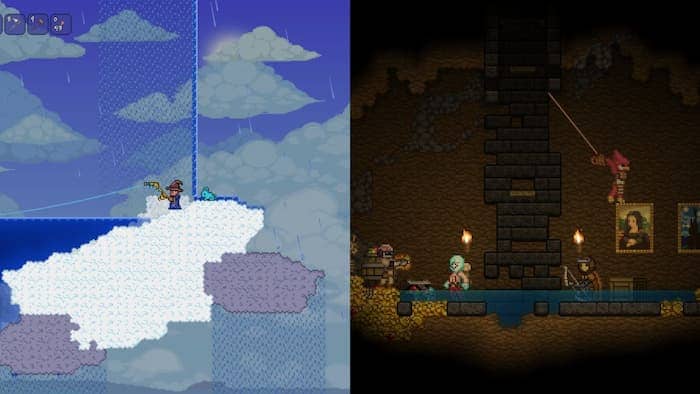 We begin our Starbound vs Terraria competition with the story. Although roguelike games emphasize gameplay over the plot, the storyline is often an important factor for many players, one that informs their decision whether they should buy a title or not. Terraria offers very little in terms of story, lore, or any specific endgame goals. The player’s progression isn’t limited by the ramifications of the plot, allowing them to enjoy the exploration of the world in any way they want. NPC quests and occasional events provide some purpose to the player’s actions but are mostly self-contained.

Unlike Terraria, Starbound offers the player a full-fledged, albeit optional, plot. The player is put in the shoes of a member of the Terrene Protectorate, an organization tasked with keeping peace on Earth. After an unknown event obliterates the planet, the protagonist becomes stranded among the stars. As they make their way towards habitable worlds, they face a choice – whether to discover the cause of Earth’s destruction and save the universe or explore unknown planets and conquer them for humanity.

It’s clear that gameplay-focused but plotless Terraria loses this match. Despite the story being only the background of the player’s activity in Starbound, the fact that the game has any plot to begin with puts it ahead of its competitor. Point one for Starbound.

As we have mentioned in the opening paragraph, both Terraria and Starbound are roguelike action-adventure titles. Both games start with the player creating their character. Due to its extraterrestrial setting, Starbound offers more variety in creating a unique protagonist. Each game offers various difficulty modes that the player can choose. While Starbound’s difficulty modes relate only to the character, in Terraria the player chooses two different modes – one for the protagonist and one for the game world. Character difficulty determines the number of lives the protagonist will possess. The world difficulty relates to the value of treasures, the number of available resources, and enemy toughness. The victory in this category goes to Terraria.

Speaking of enemies, let’s take a look at the combat mechanics. In Terraria, the players have at their disposal a variety of melee and ranged weapons, which can be supported by magical attacks. Starbound’s arsenal doesn’t include magic, but the in-game weaponry deals elemental damage, applying various status effects like burning, frost, poison, etc.  Both games go toe to toe in this aspect of gameplay, offering various options for different styles of play.

Last but most definitely not least, we have the crafting and construction gameplay. And here the winner could be only one. Both Terraria and Starbound offer similar options when it comes to crafting items and constructing buildings. Both games offer a similar range of craftables – from tools and weapons to interior items and accessories. However, where Starbound really shines is the number of different styles of each item category. Choosing the design for each element of the player-made interior is no less daunting than in The Sims series. Thanks to the wide range of unique items and appliances, the winner of the crafting competition is most definitely Starbound!

The visuals of both games are pretty similar. However, one of them has the benefit of not being a 10-year-old release. Starbound looks way slicker than Terraria, despite applying similar, 16bit-style graphics. It’s still nothing to write home about, as the visuals aren’t the most important things in games like these, but the more detailed Starbound is an obvious victor in this category. 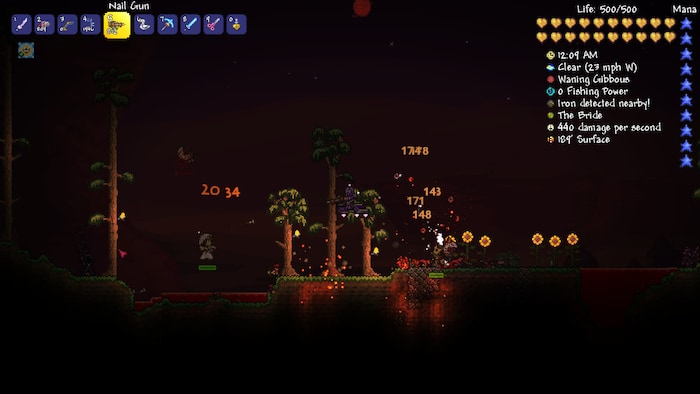 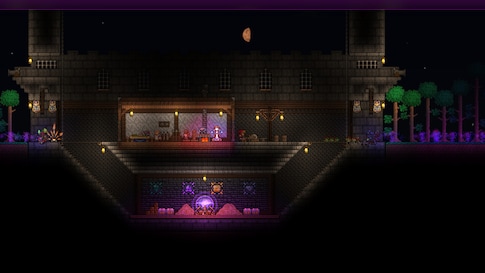 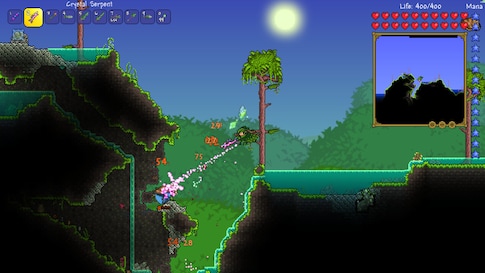 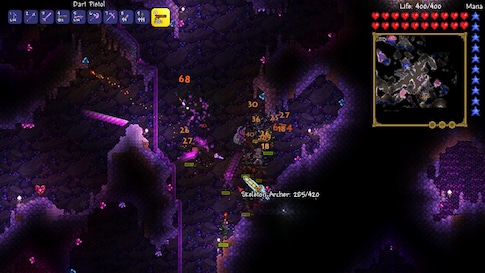 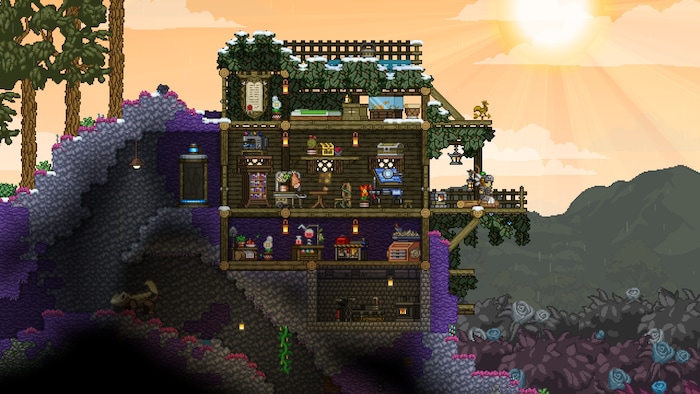 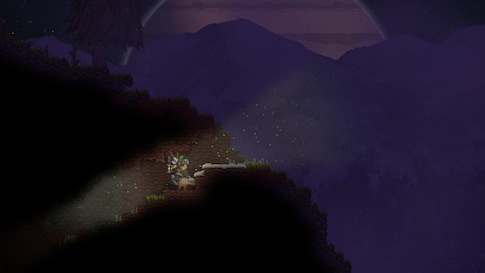 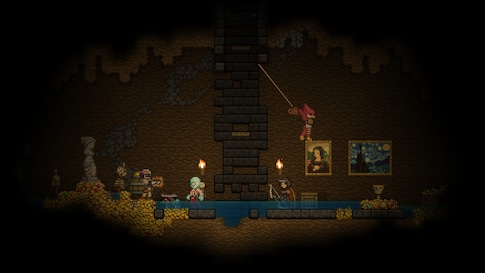 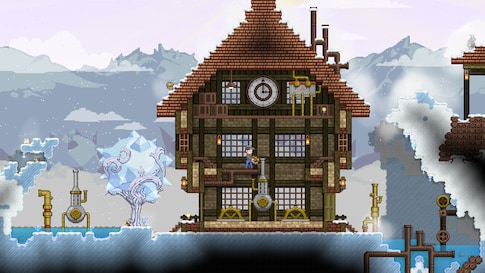 Due to the number of similarities between Starbound and Terraria, it’s hard to reach a clear verdict of which game is objectively better. Both games offer excellent roguelike/survival/crafting action-adventure gameplay. Both games offer a cooperative and PvP multiplayer mode. But seeing how Starbound has won in the most categories we presented in this article, we hereby declare that the winner of our Terraria vs Starbound match is…Starbound!

Starbound offers an intriguing story, excellent mechanics and is visually more engaging than its opponent. However, we still encourage you to play both titles and make your own conclusion on which one is the better game.