Fighting games, thanks to their large diverse rosters can afford to have some interesting outliers in the cast. Characters that are total weirdos, overwhelmingly cool, or just plain funny. Such characters provide a nice contrast for the more “normal” characters who have the coveted iconic status.

Pushing the poster-children to the side, today we shift focus to characters who tend to be a bit overshadowed by the Kens, Sols, and Scorpions of the genre. But even overshadowed and side-lined they manage to be at least as cool, creative, and memorable as the main cast. Let’s take a look at ten such characters.

Ten of the coolest fighting video game characters of all time

Frank Zappa is undoubtedly one of the most unique characters to come out of the Guilty Gear series, which is quite an accomplishment in a series full of immediately recognizable weirdoes populating its roster.

Zappa, in addition to being named after Frank Zappa and dressing like a JoJo villain is also possessed by a number of spirits, including S-ko, inspired by Sadako from The Ring. 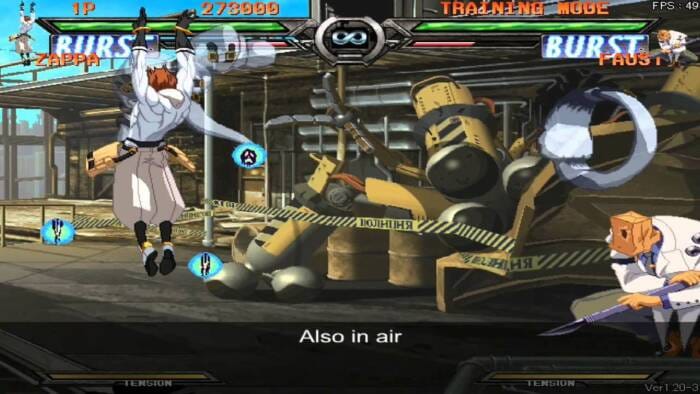 If that extraordinary styling wasn’t enough, playing Zappa can look utterly chaotic. He barely ever stands upright, attacks are mostly performed by the ghosts occupying his body, and there are cascading attack options based on which ghost has been invoked. Playing against Zappa can be very confusing but playing AS him can be very entertaining. Either way, Zappa is delightfully weird and memorable.

Voldo is hard to summarize. He’s a devoted servant of an Italian weapons merchant. That’s easy. But he’s also blinded, gagged, and his choice of clothing is clearly very deliberate.

His weapons of choice are katars, and during combat he moves like nobody else in the entire game, slithering around, performing gymnastics or dance-like motions. Like Zappa, he can be very confusing, but also unforgettable. 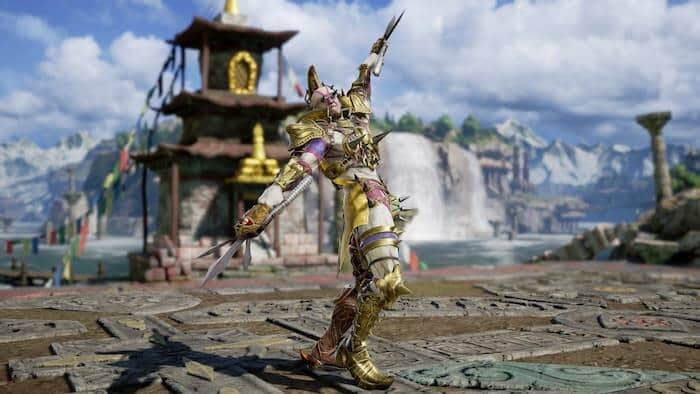 His story involves being stuck in his employer’s vault of treasures to guard it, as well as seeking the Soul Edge to add to his master’s collection. There are also signs that prolonged isolations in the vault and the influence of Soul Edge itself have him going insane. Voldo isn’t an iconic member of the roster, but if you’ve encountered him once, you won’t soon forget about him, for better or worse.

How could Riptor not make this list? She is a cybernetically and genetically enhanced, fire-breathing raptor with some human DNA spliced in.

The original and the reboot versions differ a bit, but the core idea remains. If you can’t see the appeal of playing a science fiction raptor with weirdly human muscles (in 1994) or glowing, nifty cyberlimbs (2013) there’s little we can do to convince you. 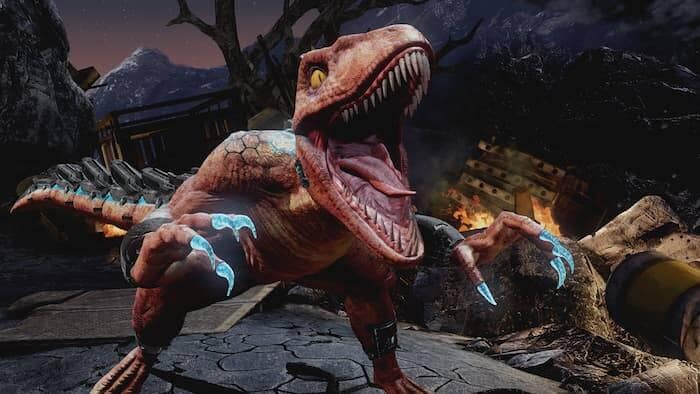 If cyberdinosaur somehow isn’t good enough for you, how about Rash from Battletoads, sporting his best The Rock muscles? Or a elderly blue werewolf? Or a dude made of living fire? Killer Instincts roster is very entertainingly weird, but Riptor is weird, cool, and a dinosaur, a perfect mix. The series was rebooted in 2013, so if you’re not into retro games, check out the fresher version.

Kuma and his son, Kuma II are bears. Not cybernetic bears, not alternate dimension werebears. They are just… Japanese brown bears, with a higher-than-usual intelligence.

Both father and son were the bodyguards of Heihachi Mishima, and their high intelligence allowed to them train in martial arts, learn sign language, and have a good shot and becoming the CEO of a giant corporation. Kumas are by no means serious characters, but bears are awesome, and even Roger, a genetically modified kangaroo, has nothing on him: Kumas are all natural. In a series filled with very competent fighters representing many different martial art styles, a big ol’ bear absolutely stands out. But don’t be fooled by Kuma’s cuddly appearance – he will punch your face in if you aren’t careful.

Def Jam was so packed with rap celebrities that it was essentially Kameo Kombat. But among the musicians, one character stand out: Trejo. Yes. Danny Trejo, the Machete himself, is in Def Jam, ready to throw down with the others.

The game has a story for him, but it’s honestly unimportant compared to the fact that you can for some reason beat up Ludacris as Danny Trejo like it’s a normal thing to do. 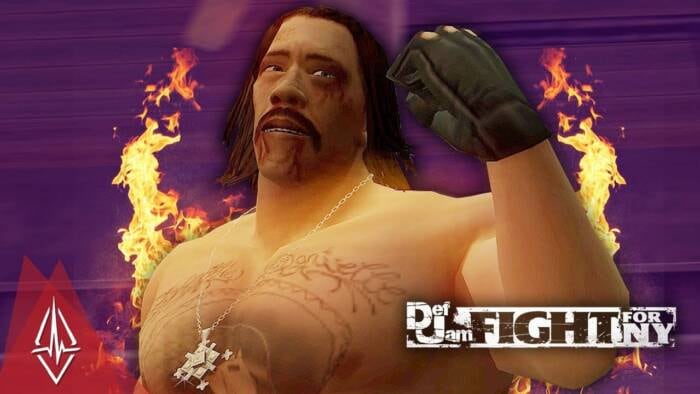 Def Jam: Fight for NY itself turned out to be pretty good, although it’s now memorable mostly because of its ridiculous number of cameos rather than any gameplay qualities it had. It even had a story mode allowing you to create a unique character trying to be somebody of note in New York underground. Your fighter can even customize their appearance with clothes mid-game!

K’ – The King of Fighters

K’ isn’t an animal, not is he extravagantly dressed. He isn’t even a recognizable cameo. But he is, in fact, very cool.

His clothing is simple but stylish, and his cold demeanor is accentuated by the inevitable shades. The effect fades when he starts talking because he’s a bit of a jerk with an attitude, but his appearance and the fire-infused fighting style reminiscent of Bruce Lee, still make him pretty cool. 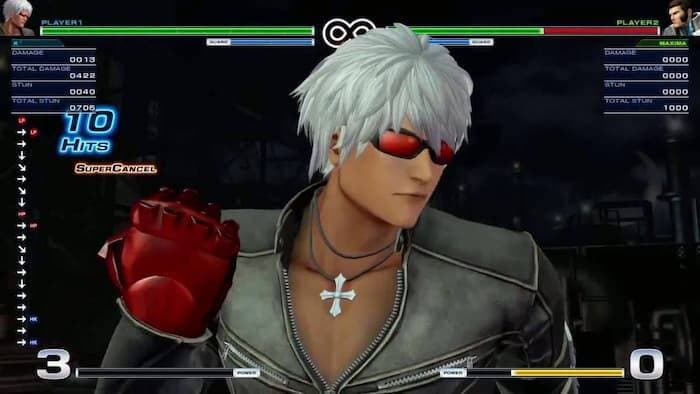 It doesn’t hurt that he has an interesting backstory and is on the side of the good guys, even if he’s reluctant to become involved. K’ might not exactly be iconic member of the roster, but he’s been in the series for years, and for good reason. Whether this reason are shades, his cool, fiery fighting style, or his backstory, is up to everyone to decide for themselves. We just know he has a place on this list.

THE KING OF FIGHTERS XIV

Erron Black is a 19th-century cowboy who received longevity from Shang Tsung in return for killing an Earthrealm champion.

Since then, Erron’s been wandering the Outrealm looking for trouble and a reason to unholster his guns, with which he had more than a century of practice. Come on, how could you read that premise alone and not think Erron is cooler than Sub-Zero? 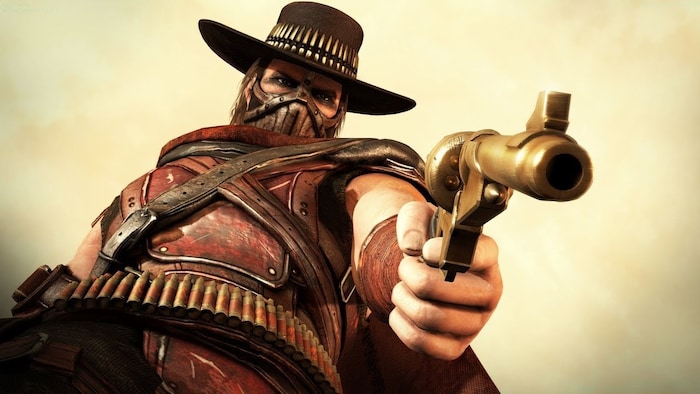 He even brings his guns to close-quarters combat, and he is good enough to even use a rifle while there’s a toothy, spike-handed Tarkatan warrior lunging at him. To be fair, in a brutal game like Mortal Kombat it is probably a good idea to keep people at more than an arm’s length. They can’t teleport behind you if you use your rifle to pop them in the head from a hundred paces. In theory.

Zato-1 might be the edgiest character in Guilty Gear ever since Testament fell of the stage. And even then, they were tied for the position. Who’s Zato-1?

He’s a man who bonded a shadow beast to himself and subsequently rose to lead a powerful assassin’s guild. Like his namesake Zatoichi, Zato-1 is blind, but that doesn’t matter to someone who commands shadows. Even death didn’t stop him for long. 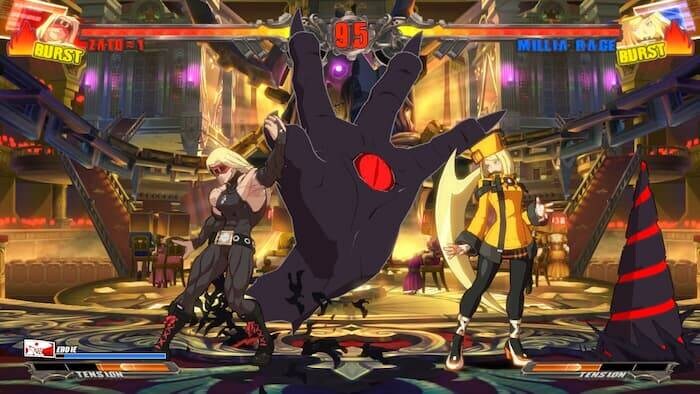 Zato fights by transforming his shadow (thanks to a bonded being called Eddie) into whatever shape is necessary to do the job – blades, beasts, wings to hover on etc. He’s also disciplined, level-headed and ruthlessly efficient. He also has a long-running rivalry with Millia Rage, a woman with amazingly deadly hair. Their rivalry song, Still in the Dark, is a total banger, too. Zato-1 is awesome, and fun to play.

Although Isabelle is technically from Animal Crossing, her famous meeting with the Doomslayer left her with a thirst for blood, and the only way to quench it was to join the ultimate brawl.

Now Isabelle, in her normal life a wholesome and kind secretary, beat the living hell out of other people tossing them off the ledge with the same warm smile she offers people coming to see her in Animal Crossing. 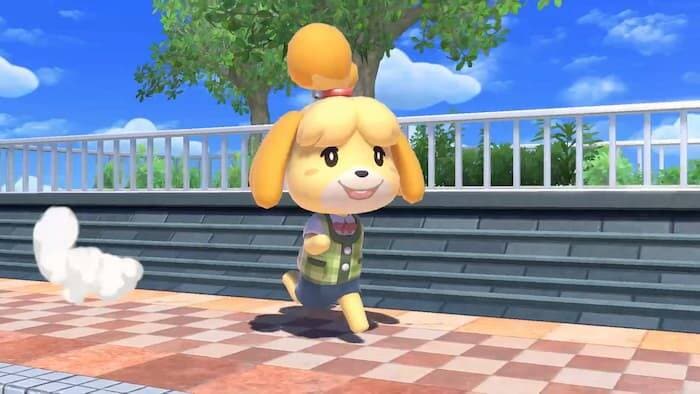 In a way, Isabelle’s presence in SSBU means she joined that club one isn’t supposed to talk about. Except instead of getting a broken nose and internal bleeding in Super Smash Bros Ultimate the punishment for losing is blasting off into space, you decide which is harsher. SSBU Ultimate has a massive roster, but Isabelle’s friendship with the Doomslayer elevates her above others.

Yoshimitsu looks very intimidating: a demonic-looking ninja with a sword that looks like bad news. It’s a good thing, then, that he’s fighting the good fight, seeking to rid the world of the Soul Edge’s evil power.

Yoshimitsu also isn’t just one person, but a line of ninjas devoted to following the ideals of the original one, and to wielding his cursed blade in service of a good cause. 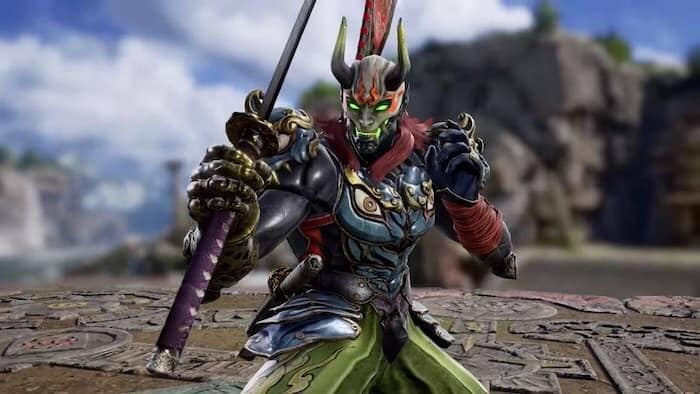 Yoshimitsu is also unique in that he’s actually a cross-franchise character, appearing in both SoulCalibur and Tekken. In the latter, he’s more of a leader of a Robin Hood-like thief group called the Manji Clan. Of course, at this point, Yoshimitsu is more of a mantle than a person. For all his heroic motivations, though, he brings a sword to a fistfight. Rude, but he’s still pretty damn cool.

That concludes the list of 10 characters you might have omitted on select screens in favor of the iconic fighters, the leading protagonists and antagonists of the games’ stories. Some of the characters here are just as venerable as the classics like Ken or Sub-Zero, they deserve your attention.

Who knows, it might turn out that you like them better, even if they won’t have a huge role in any movie or feature on the game cover.