Paradox Interactive is a publisher with twenty years of history. During that time it not only released the games of its sister company, Paradox Development Studio, but also helped other developers create and publish their own games.

In this article, we will take a closer look at the titles they have published, both their own and from other studios. We will cover several genres, both in terms of game type and the type of fiction.

The simplest description of Crusader Kings II one could come up with is a “medieval noble family simulator”.

Although it resembles other grand strategy games like Europa Universalis, the focus isn’t on leading entire nations. You’re in control of a single dynasty, and where you go with it is up to you. You can arrange marriages, send assassins to help with your succession, marry into your own family, etc. Thanks to its focus on characters and families, it’s a real story generator.

The Hearts of Iron franchise is Paradox’s stab at making a World War II-themed game. True to their tradition, they did it in the grand strategy genre akin to their Europa Universalis series.

You can choose the country you’re going to lead and plunge into the campaign in either 1036 or 1939. Each country has its own focus tree, the progress in which unlocks certain actions and bonuses. For example, the completion of a specific German focus tree allows the Anschluss of Austria. If WWII history is more your speed than Medieval one, give Hearts of Iron IV a chance.

Stellaris is a perfect pick for everyone for whom a scope of a continent is not enough, because they need to CONQUER THE ENTIRE GALAXY. Stellaris lets you do that.

You can pick a galactic civilization from a pre-generated set, or create your own deciding on several crucial, as well as cosmetic, aspects. From there you’re free to conduct research, engage in diplomatic negotiations, or just crush your enemies with overwhelming military power. The galaxy is your playground.

Running the city is simple and pleasant, despite the obvious challenges it poses. At least it is so according to Colossal Order’s Cities: Skylines, an excellent city simulation of a city.

CO’s city building game features a massive potential map, capable of growing from a 2x2km one to a potential (moddable) staggering 324 square kilometers, allowing you to fully experiment with districts and the traffic system to create the most efficient and pleasant to live in the city out there.

Take a chosen country on a ride through history from 1444 to 1821, and potentially change what fate befell it in the real world. Reshape the political map of Europe according to your whims and abilities.

Europa Universalis is one of Paradox’s most complex series, and getting into it required a lot of patience. But under the seemingly impenetrable systems lies a competent simulation of state-level historical processes. Like many of Paradox-developed game, it has huge mod support, with many fan creations rivaling the paid DLC.

The second game in the series of action-adventure games about omnicidal mages with unlimited power is as much of a riot as its predecessor. Take up whatever arms you can and go on a magical rampage across the realm.

Magicka games are adorably simple: you have eight core elements, plenty more combined ones, and you can cram up to five of them into a single spell. Depending on the button you use to cast you’re going to get a different type of effect. Simple, logical, and it makes for an amazing experience, especially when you play with friends. It’s incredibly silly, and all the better for it.

Developed on a promise of delivering an authentic old-school experience, Obsidian Entertainment’s Pillars of Eternity capture well the atmosphere of Infinity Engine-era role-playing games. And it lived to see a sequel, too!

Although inspired by the D&D-centric Infinity Engine games, PoE takes place in an original setting, and runs on a new system, utilizing modern PC computational powers better. It’s a long journey, but if you aren’t averse to reading a lot: worth every minute.

You and your band of plucky colonists are dumped on Mars with a bare minimum of necessary amenities. You need to help them set up a working Mars settlement and deal with the adverse conditions.

Surviving Mars is created by the team which worked on the Tropico franchise, but the economics of a South American republic was replaced with rather scientifically accurate considerations of what would be necessary for a sustainable colony on Mars.

One of the best features of Steel Division is the multiplayer, 10 vs. 10 players can compete for dominance. There are six different countries to play as with very well-recreated units to choose from.

BattleTech is a turn-based strategy game about a mercenary company formed by pilots of massive BattleMechs. You’re in charge not only of picking the right loadout for your humongous mecha, but also of training the pilots under your command.

Although BT is based on a classic wargame, it doesn’t use all of its systems, instead choosing to capture the atmosphere of it and adapt the rest to the digital medium. They retained the turn-based system, enabling a more tactical experience.

Tyranny is a game for people who are tired of being the hero of the last vestige of good in the world, fighting against the evil empire. This time you’re an agent of the evil empire sent to bring the last region on the continent under the rule of your Overlord.

Another old-school RPG from Obsidian on the list, Tyranny is written and designed with large replayability in mind, featuring four paths in the vanilla version, and the fifth is added in the expansion. Become the Judge Dredd of the bronze age and carve your legend with a steel will and a silver tongue.

That concludes our list of games published and/or developed by Paradox Interactive or its divisions. The brand has made its name by catering to fans of the complex and tactically-minded audience, and the games PI releases keep reflecting the trend, whether as grand strategies, role-playing games, or heavily tactical turn-based skirmishes. If this type of entertainment is interesting to you, Paradox is among the best source of it. 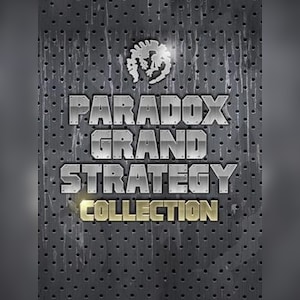