MMORPG’s aren’t an invention of the 21st century, but the growing presence of the Internet in many houses, as well as better and better servers and netcode made for a steady uptick in MMORPG numbers.

When World of Warcraft launched in 2004 and made all of the money at the time, many other developers wanted to get in on the MMORPG money train. As it stands, there are many games in the genre, and picking ten best isn’t the easiest of tasks. Nevertheless, the recommendations below are in alphabetical order and should provide to be sufficient for most players to find a popular online world that’s right for them.

What is an MMORPG in the first place?

MMORPG stands for “Massively Multiplayer Online Role-Playing Game”. The MMO part of the term describes online games which can hold hundreds and thousands of player on a single server, capable of potentially interacting with each other if they come to the same place. When this is applied to an RPG genre, we get an MMORPG: a game which values social interactions, often offers an interesting narrative, and feature a typically level-based progression with new abilities being gradually unlocked. It’s a simplified definition, certainly, but conveys the general idea behind the genre.

The sea, the sea hides immeasurable treasures and unspeakable horrors in equal measure. And it’s the place you can explore to your heart’s content in ArcheAge Unchained if being landlocked starts to wear on you. And then you find there’s a Kraken, you realise your fleet of five ships isn’t going to cut it by a long shot, and decide to ply a trade deep on the mainland. 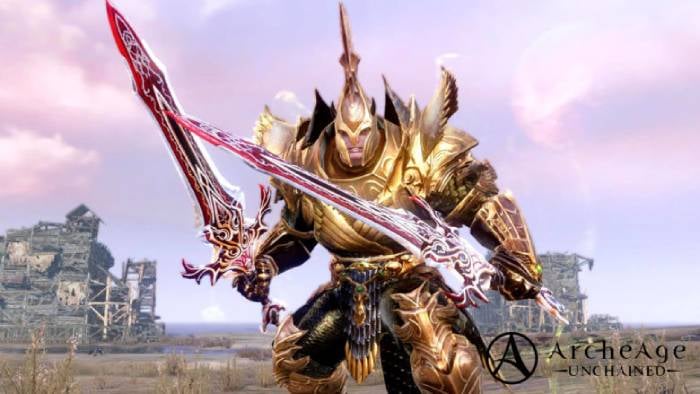 Black Desert Online can feel quite overwhelming before you get the hang of things. The character creation itself is a lot to take in, with some really in-depth ways to customise your avatar, down to customising individual hairdos. Then you get into the world and its systems, and realise that not only does the world looks very good, but it’s also really big, with tons of things to do. 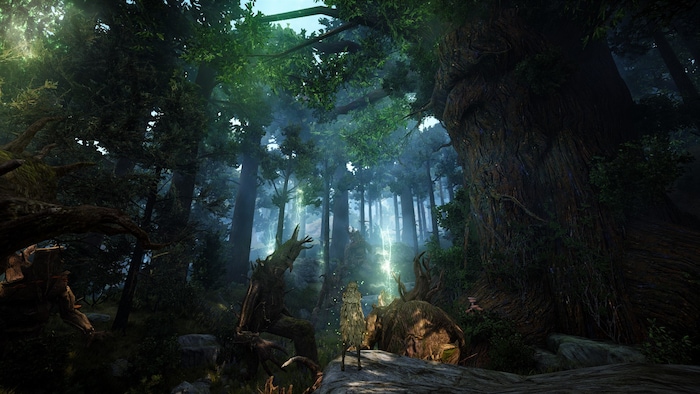 The game operates on a buy-to-play basis, which means you have to pay for your copy, but once you do there are no subscription fees to keep you from its fast-paced, action-oriented combat, crafting systems, PvP events, or just simple exploration, if you feel wanderlust rising withing you. BDO is more of a sandbox-style MMORPG than a story-based one, but it’s very good at it.

EVE Online isn’t a game for people who don’t have a lot of time on their hands. High level play requires a substantial investment of time and, occasionally, money, because the biggest player-driven organisations can become the second, or sometimes the first, work. But before you get there, you have a universe in front of you, one that has been growing since 2003. 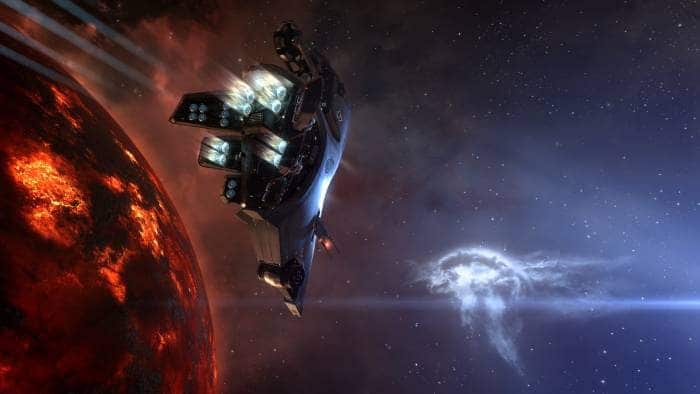 EVE operates on a partial free-to-play system, which allows non-paying players access the game and most of its content, but quite a few advanced features are reserved for the subscribers with a premium account. An Alpha Clone (F2P) can’t fly all spaceships, or engage in several contracts at once, but it’s a good way to learn the game before going full speed ahead with paid option.

Although Final Fantasy XIV didn’t start out strong it received a reboot which turned it into one of the best story-driven MMORPGs on the market right now. Rebranded as “A Realm Reborn” it lived to see several well-received expansions, the latest of which, Shadowbringer moved the plot substantially forward, added two new playable peoples, two new jobs, and a lot of other changes and new features. 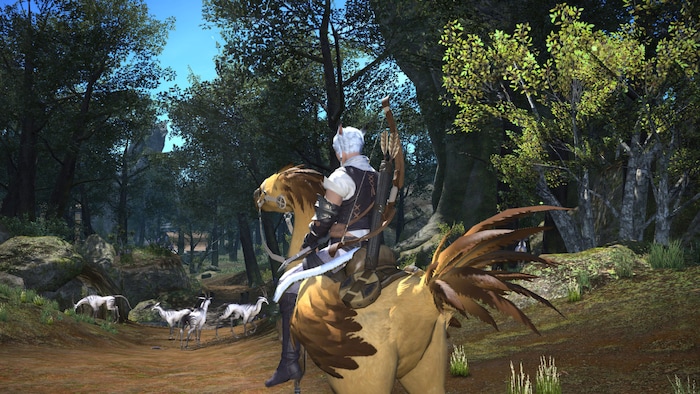 FFXIV has a dynamic class system, allowing you to switch between them easily by changing weapons you are using at the moment. The game is also very much a Final Fantasy titles, with chocobos, Limit Break, shamelessly stylish characters, and more. However it’s a really good, story-driven MMORPG even if you are not one of Final Fantasy enthusiasts.

With the core game becoming Free to Play some time ago, it’s a great time to jump into Guild Wars 2 and see if you want to invest money in the expansions. There’s a good chance that you will, because GW2 is one of the best MMORPGs around. Since the first game the series was mostly interested in doing its own thing, and GW2 continues with that, reshaping some MMO staples. 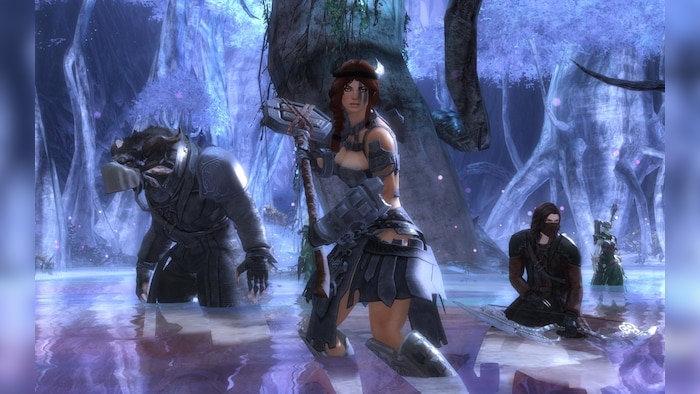 For one, there aren’t many quests the way other RPGs, MMO or otherwise, have accustomed us to. Instead there are events going on outside of the hub that you can take part in. Combat is also very active, a bit like Black Desert Online’s, with synergies to discover and flexibility to exploit. And it really loves PvP, so much so there are multi-server battles and sieges going on occasionally.

Neverwinter was an experiment in adapting some of the mechanics of Dungeons & Dragons 4th edition into an MMORPG format. The effects are interesting, and even though D&D has been in its 5th edition for the past five years, Cryptic’s game is still trucking along, drawing people with user-generated content as well as events tying into major releases of the tabletop D&D products. 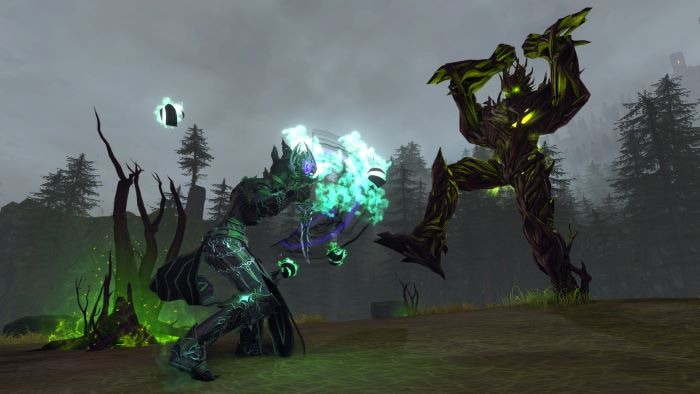 Gameplay tends to reflect some aspects of the 4th edition. There is for example a “Daily” class of awesome powers that work more or less like ultimates in other games. Each class also has a skill assigned, like Dungeoneering or Religion, which can be used in dungeons in various ways, and having a party composition that covers most of them is recommended.

Even if World of Warcraft iconic, it’s not the oldest MMORPG in existence. For the record, RuneScape isn’t either, but having launched in 2001 it predates WoW by a few years, and is still going strong, with frequent updates and a stalwart community. Currently it’s in its “RuneScape 3” version, will the original one available as Old School Runescape and played by even up to 40k users. 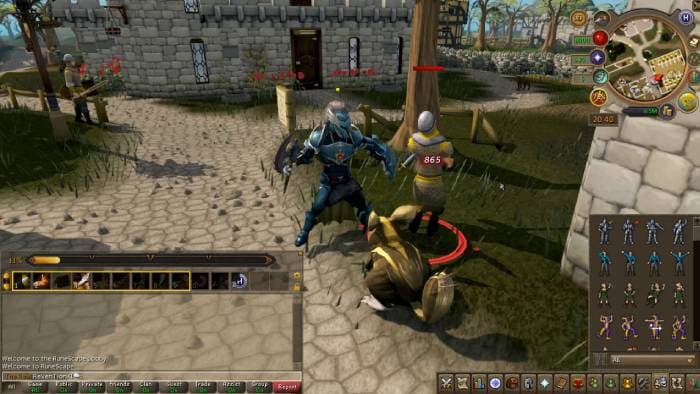 After completing the tutorial, the players are set loose on the world, called Gielinor, and from there you can do whatever they want. There are skills to train, although some of them are unavailable to F2P users, there’s resource gathering and crafting, plenty of quest, and PvP for those competitively minded. Many player will find something to suit their playstyle.

Another of the “Free-to-Play with in-game premium store”-type MMORPGs. Skyforge is the fruit of a collaboration between the Allods Team (known for Allods) and Obsidian Entertainment (known for many singleplayer, story-driven RPGs). The game looks great, with graphics selling the heroic atmosphere of the world which blends high technology with strong sci-fi & fantasy elements. 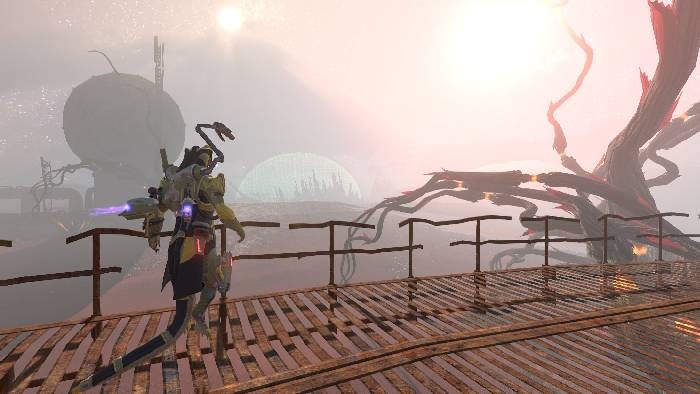 Skyforge ditched the classic levelling system in favour of one called “Prestige”, which calculates your power level from your stats, unlocking new content and adjusting difficulty accordingly. The game also allows the players to switch between the 18 available classes freely, and the endgame includes becoming one of the gods and managing your followers to boost your power.

When most MMORPGs give you one, maybe two storylines, The Old Republic gives you eight, one for each class, split between two sides of the conflict. In fact, TOR can be played quite safely like a somewhat grindy singleplayer RPG: there is a conversation wheel (with solutions for party play), there are cutscenes, and even branching storylines. 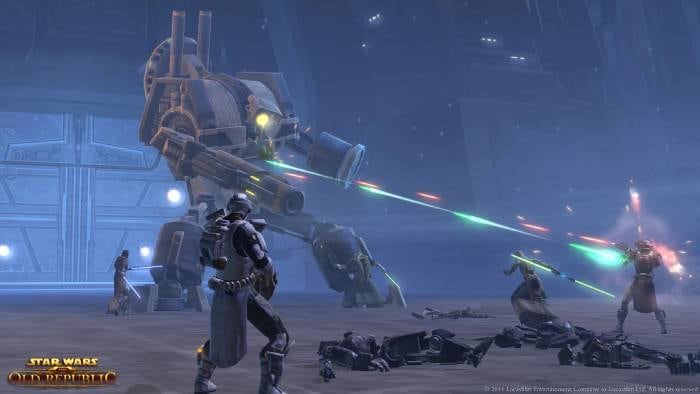 Of course, there’s also a lot of multiplayer content, like Heroic Quests or Flashpoints, which are story-based “dungeons” taking place outside of the regular plot progression. There’s also a robust crafting system supported by the auction house, which is a great source of high-quality items. Not to mention the galactic conflict metagame, which has players fight over control over planets through guild conquests and Light vs. Dark Side actions.

At launch TERA was quite noteworthy for its action-combat and, by all accounts, it remains solid on that front despite the passage of time. It doesn’t use classic lock-on targeting, relying instead on actually moving the reticule over the desired targets, and the players have to perform active dodges. In conjunction with the large number of abilities it makes for quite an exciting experience. 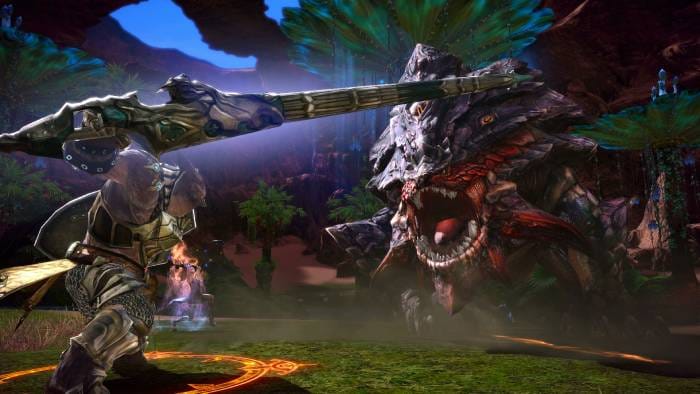 Currently TERA operates much like many other MMORPGs, there’s a solid Free-to-Play foundation that carries some limitations, but otherwise grants access to all content, and there’s also the Premium account for the more dedicated players, who spend a lot of time with the game and restrictions of the F2P would be annoying.

For the first time since probably Battlespire, The Elder Scrolls series has ventured officially into the multiplayer waters. Despite an initially rocky state it found its footing and sped on to release several large expansions, the latest of which at the time of writing was Elseweyr, focused on the home of the cat-like Khajiit people. 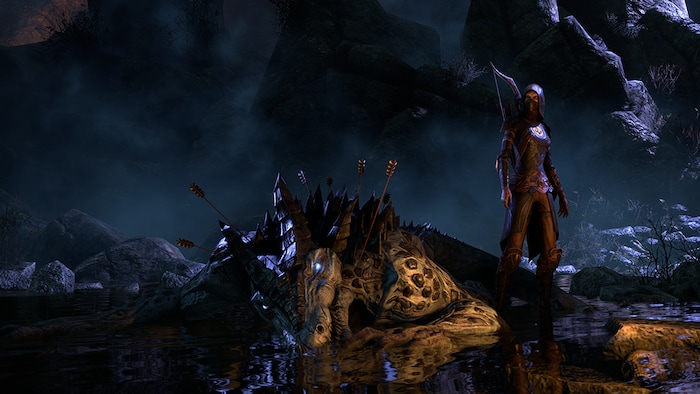 The players have access to 10 playable people, nine of which are split between the games three leading factions (Alliances), and one which can join any of them. There are also six customisable classes, two of which, Warden and Necromancer, came with expansions. TESO isn’t a perfect recreation of offline The Elder Scrolls magic, but it comes as close as possible in an MMO space.

The patron saint of modern MMORPGs, it was bound to find a spot on this list by the sheer virtu of still kicking after over a decade and a half. At the time of writing the Shadowlands is still in the making, scheduled to come when it’s ready, ad the servers were revitalised by 2019’s launch of World of Warcraft Classic. If you want to see what the game looked like in 2004, that’s the way. 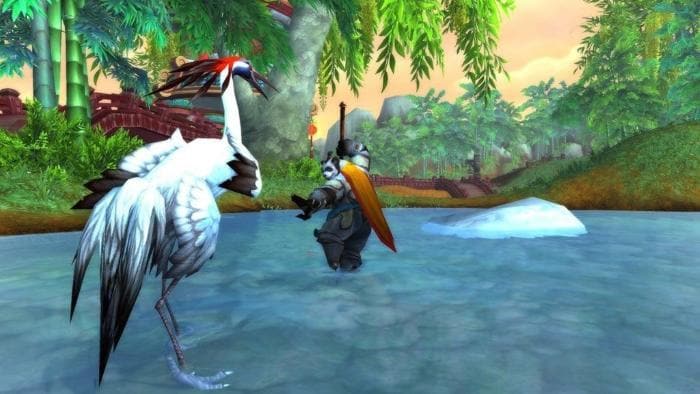 WoW picked up Azeroth’s story where Warcraft III: The Frozen Throne left off, and carried it away to places many people didn’t expect existed in the previously revealed lore. It, of course, features a split between the Horde and the Alliance, with most races exclusively available to one or the other, with the exception of Pandaren, who can go both ways.

World of Warcraft requires subscription to be experienced in its entirety. To find more information about the payment model and where to buy subscription at more attractive prices go through this link

Thus concludes our list of MMORPGs you might well find yourself enjoying. There are many more titles in the genre, Free-to-Play, with Paid subscription, and everywhere in-between, but hopefully further research will not be necessary, because one of the ten will be quite enough for your needs.