Nintendo Switch is in many ways, one of the best platforms for a gamer with an active lifestyle. It’s very portable, which makes it great to play on the go, and its Joy Cons are perfectly set up for games requiring you to actually exercise a bit.

…but that’s tiring, isn’t it? Thankfully, there’s also a lot of sports games on Switch that don’t require you to move anything more than your thumbs. Many of them are a bit silly, taking the familiar sports in unusual directions, or adding a lot of flair to what would otherwise be a bit drab experience. But even people who prefer their sports sims to be down-to-earth can find something to latch onto, as you’ll soon see for yourself.

So let’s get ready, set, go into our list of…

10 Nintendo Switch Sports Games you should know about

Rocket League is easily one of the best sports games out there, even if it doesn’t really recreate any singular sport at all. It has cars, so it could be racing, but the cars also try to shoot balls into goals…pits, so it could be football (soccer), but the teams are 4v4 at most. Doesn’t matter. What matters is that RL is heaps of fun and has more to offer than just the default mode. 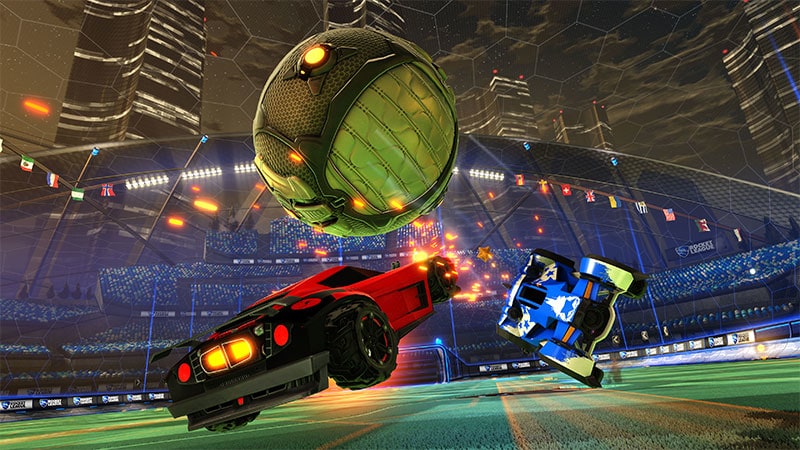 If you’re not keen on rocket car soccer, you could play, say, basketball instead. Or hockey. Or change the simple stadium into a complicated arena. Or play around with modifiers, so that the ball is super heavy, or a cube. Rocket League also has a very high skill ceiling, as the cars are very acrobatic indeed, powered by booster jets AND jump jets, they can soar across the field easily.

Keeping the theme of “not quite sport, but close enough”, let’s talk about What the Golf, a game that’s less about the fancy sport, and more about a series of puzzles minigames solved by hitting them with a golf ball in the right places. Except it’s not always a ball. Sometimes it’s just some delightful random nonsense. You never know what to expect next, and it feels awesome. 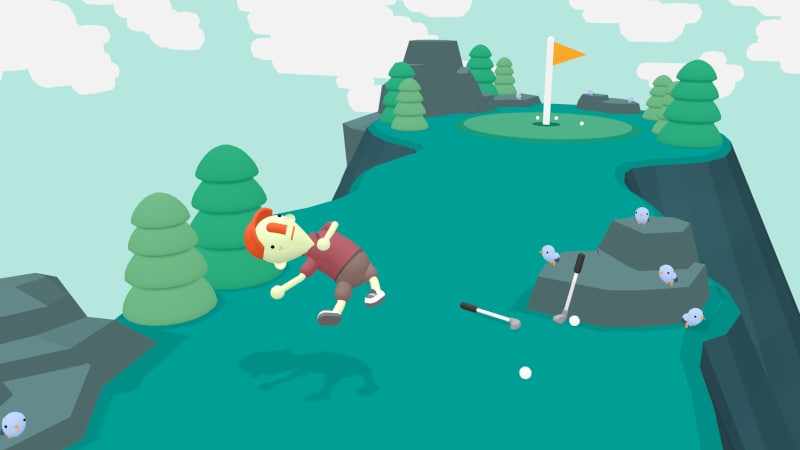 What the Golf has a very friendly aesthetic, with clean shapes, vibrant colors, and cheerfully exaggerated animations. This mix does a great job selling each level’s quirk and makes potential failure less annoying. If you’re in the mood for a very silly game, What the Golf is built around a very loose idea of what golf (or minigolf, for that matter) is, and it’s quite a wonder.

If you’re keen on retro-style games, with pixelated graphics and clean menus, AND you like American football, give Retro Bowl a shot, it’s a mix of both these things. It’s also a lot less silly than many other games on the list, concerned mostly with presenting the sport fairly and realistically. And it doesn’t just let you play the matches, there’s a competent management sim side of things too. 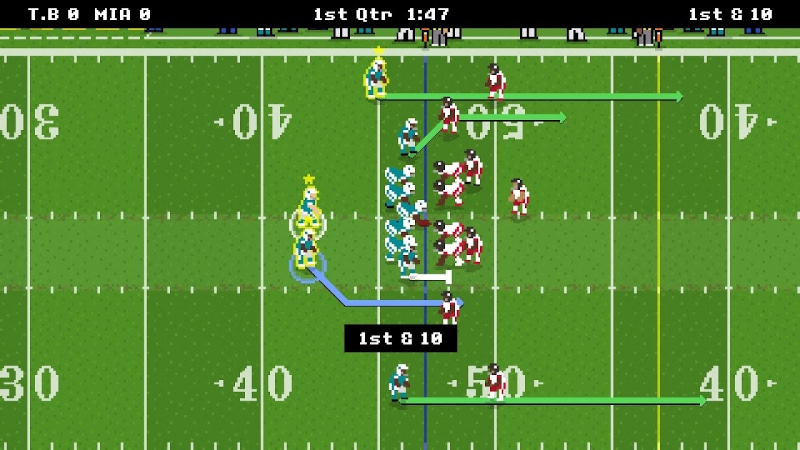 You’ll get to recruit players, care for team morale, assign training, handle transfers, etc. The game doesn’t own the license for the actual NFL teams, but it manages to get around that limitation to an extent. And, if you really get into it, there’s nothing stopping you from changing the names and apparel yourself, at least for the teams you care about.

Still in the retro zone, how about a cooler cousin of Pong and air hockey? Windjammers is a 1994 classic remade for newer platforms. The premise is simple: you have to chuck a flying disc into the area behind your opponent. That’s it. But Windjammers goes a few steps further and then jumps the shark, because it adds a lot of flair that’s normally associated with fighting games. 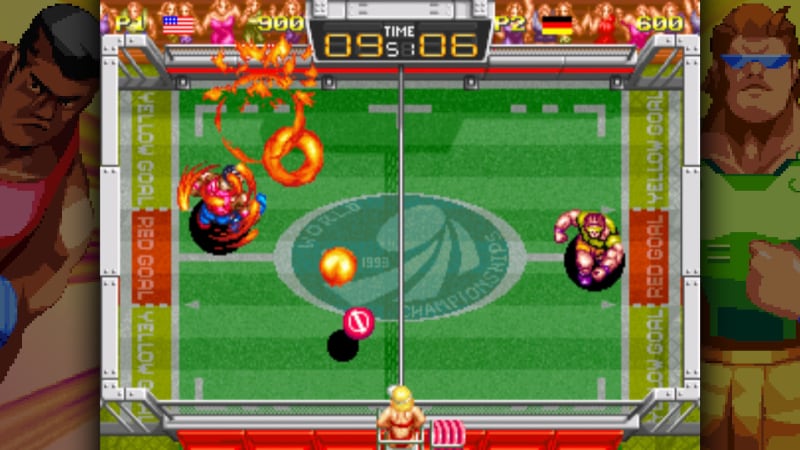 There are several playable characters with their own special moves, several arenas, and more tactical thinking than you’d expect. Windjammers making the giant leap to modern platforms and being highly regarded is credit enough to the premise and execution. However, if you don’t fancy the original game for its age, there is a sequel, Windjammers 2, launched in 2022.

You know Dodgeball? That game about people trying to hit each other in the face with a ball while the P.E. teacher cheers everyone on? Now there’s an RP{G about it, called Dodgeball Academia, and it is, quite frankly, wonderfully silly. The art style is very cartoonish, the matches make Goel 3’s special shots look gritty and realistic, and the plot involves a prophecy, for some reason. 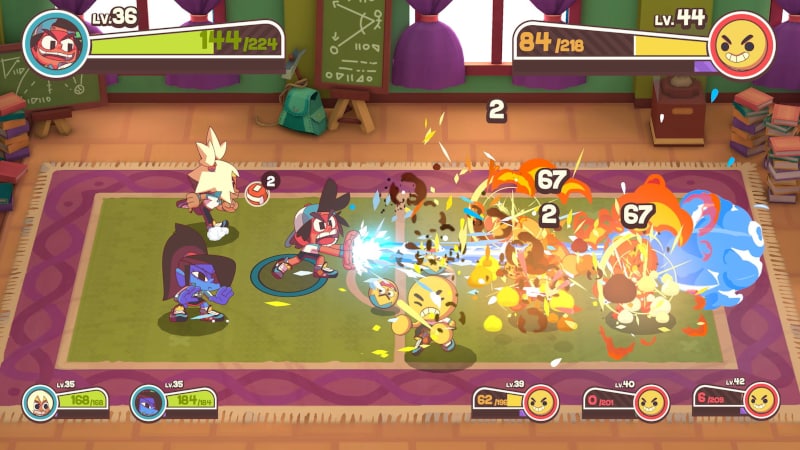 Don’t take these statements as a negative: they are a good part of what makes Dodgeball Academia so much fun to play and engage with. That’s true especially if you have fond memories of animated shows about scrappy kids competing in magical versions of very mundane sports. There are also an open-ish world, customizable party, RPG-like progression, and highly dynamic matches.

It might be time to switch gears and play something serious, but why would we, if Marion Tennis Aces is right there? This time, at least, it’s not only a real sport but also the game mostly obeys the rules of it, even if there’s a ton of special effects and cool abilities to make things more exciting. It’s a great installment of the classic series dating back to 1995! 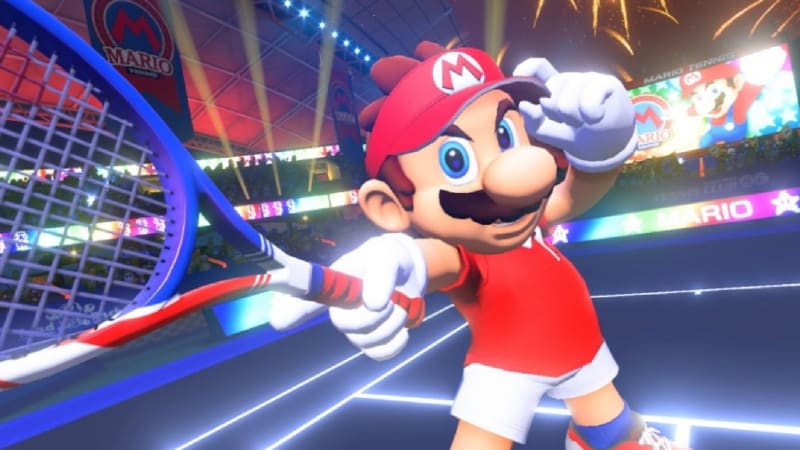 Of course, it wouldn’t be a proper Mario Tennis game without a roster filled with familiar characters, including Toadette, Boo, and everyone’s favorite lanky heel – Waluigi. There are many special abilities, such as Zones Shots capable of breaking the opponent’s racket, or trick shots, which are a high-risk – high reward move which can get you some extra energy for other specials.

Ok, let’s be serious for once. No special attacks, no outlandish arenas, no Bowser in tennis shorts. Super Mega Baseball 3 is a fairly serious baseball sim. It has detailed on-field gameplay, the Franchise mode for fans of sports management, and even a cross-platform multiplayer giving you a chance to wreck your friends playing on PC or PlayStation. 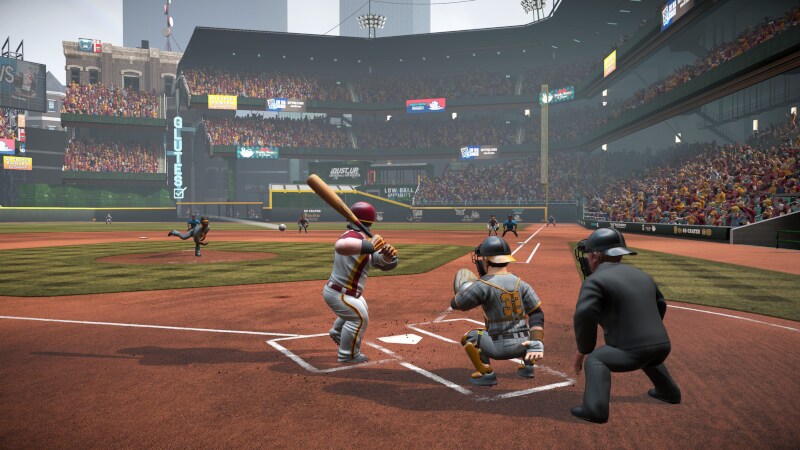 The only non-serious element of Super Mega Baseball 3 is the appearance of the players themselves, looking a bit like exaggerated action figures. While an odd choice, it certainly does have its charm and works quite well for visual clarity when you’re on Switch’s small screen. Other than that, you’re in for a realistic, detailed, sports simulation.

Descenders is a real treat for everyone who’s interested in downhill mountain biking. Now you can hop onto a virtual, sturdy bike, and blaze down some slopes, gathering speed to pull off some cool tricks along the way. Thanks to the procedural generation of maps, you can only rely on your keen senses and sharp reflexes to rely on, even as the physics system tries to get you down. 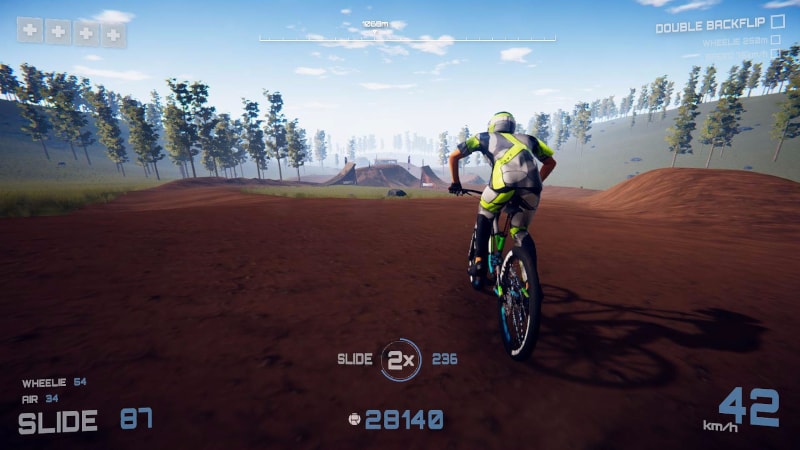 On top of the sheer joy of motion, there are also systems like building your reputation, visual customization to unlock, and even “boss jumps” to conquer once you’re confident enough in your abilities. Descenders is a fantastic game, and even if you’re not into extreme biking it would hard not to feel excitement while riding down a hill and towards a ramp promising a gnarly jump.

We’re coming back to dodgeball, except this time, somehow, it’s even weirder. Knockout City is a PvP multiplayer sports game with third-person perspective action, customizable avatars, impressive special abilities, and several urban-based maps to duke it out on. Sprinkle in some comic books trappings and over-the-top movement, and you get a highly entertaining mix. 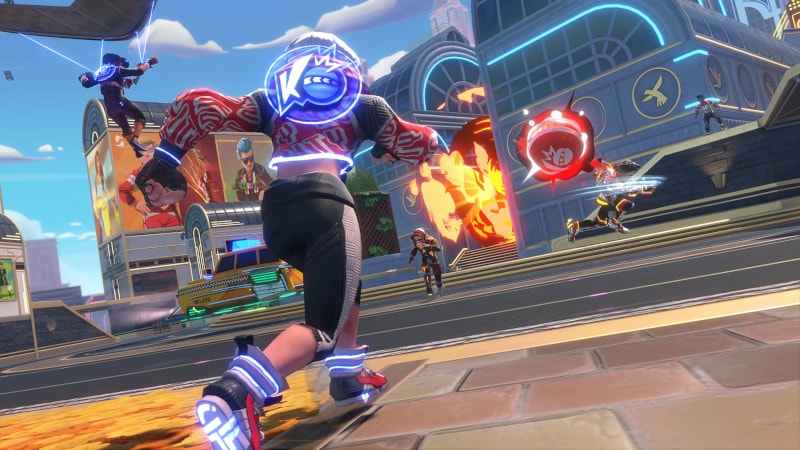 The rule is simple: you need a ball to strike an opponent. If there’s no ball in sight, don’t worry, you can become one yourself, and let your team-mate chuck you as some chump’s face. Knockout City is free to play, but if you decide to spend more time with it, you can consider the Deluxe upgrade, which adds some exclusive stuff and in-game currency.

Sometimes you have to rely on the classics, and Tony Hawk’s Pro Skate 1 2 is certainly one of them. Originally released in 1999 (Pro Skater 1) and 2000 (Pro Skater 2), in 2020 both games received a remaster allowing a new generation of platforms and people to experience the skating sim. If you’ve always wanted to do some ollies and do kickflips without risking painful bruises, now you can. 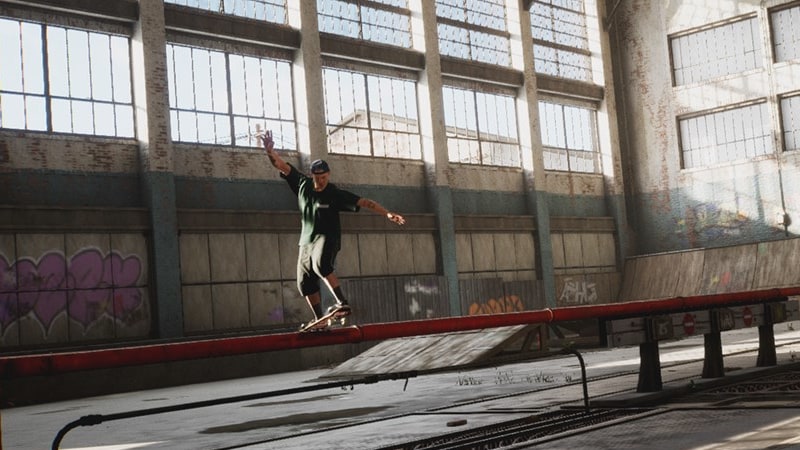 Oh, you’ll fall a lot here for sure, often in spectacular ways, but at least it won’t hurt, and you’ll be able to quickly get back on the skateboard. The games have a solid control scheme, a great soundtrack which might feel nostalgic for many a 30-years-old, and a high skill ceiling you’re eased towards through a combo and score system.

This concludes our collection with some ot the best Switch sport games you should play, if you don’t mind sports being a little bit silly. We’ve got some simulators, some arcade, and some… weird things. Hopefully you’ve found something that would make a fine addition to you Switch game collection, and perhaps let you wind down pleasantly after a workout. Who knows?