Virtual reality gaming is slowly but surely becoming “the next big thing” in the industry. An idea that not even 10 years ago seemed so far away is being realized before our very eyes.

Companies all over the world are presenting their own variations of the VR sets, while gaming companies bank on the interest with these new toys by producing titles that utilize them. Each gaming platform has obviously tried to outdo the competition with the number of titles that support virtual reality goggles. But in this article, we will focus on the PC, which offers a solid catalog of interesting titles that allow the players to dive head-first into the virtual game world.

First, let’s look a little bit closer at the concept of playing virtual reality games. While the concept of VR might sound simple on the paper, choosing a title which will suit us best might take some consideration. 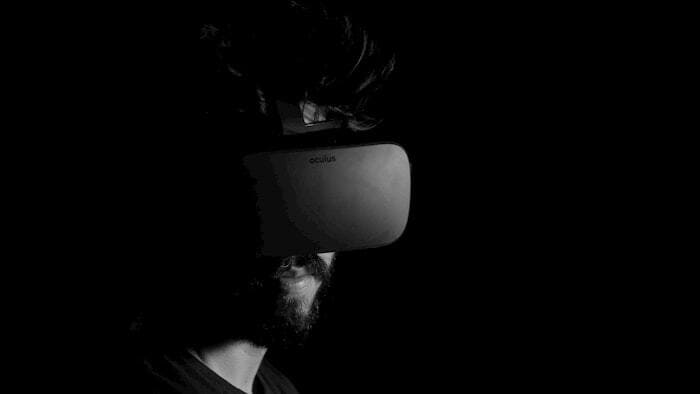 Virtual reality gaming requires only three things: a VR headset, a game supporting the technology and a willing participant, that is the player. While wearing the VR goggles the player becomes the hero of the game they are playing. Be it a soldier in the middle of a frantic battle or an extreme sports enthusiast sliding down the snowy slopes – VR technology cuts the middle-man that is the TV or computer screen, allowing the player to experience first-hand the thrill of being in the center of the action.

The current market offers many titles, which support VR technology. They come in all shapes and sizes, from action and horror to simulation.

The Elder Scrolls V: Skyrim is a title that needs no introduction. Winner of probably all of the most important game awards in existence, TES V is considered one of the best games in history. The reasons for it are many, from the ginormous open world of Skyrim, to enthralling gameplay and stunning graphics. 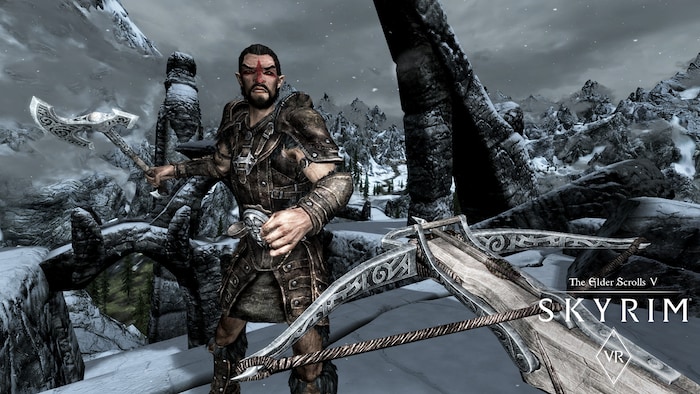 In Skyrim, the player is put in control of Dovahkiin, the last Dragonborn – a human imbued with the soul and strength of dragons. The player traverses the land of Skyrim, a vast region set in the north of the continent of Tamriel. Their job is to locate and defeat Alduin, the dragon prophesized to destroy the world.

The VR version of the game offers more of the same in terms of gameplay while giving the player full immersion of the world. Nothing beats the feeling of taking the first dragon flight in the first-person perspective and hearing the wind blowing in our ears. The game received critical acclaim from reviewers, who praised the immersion provided by the game, the control scheme, and inclusion of all DLCs.

Fallout 4 is another highly acclaimed game from Bethesda, which managed to gain a second wind with the release on VR platforms. In Fallout 4, the player character is one of the survivors of the nuclear catastrophe. 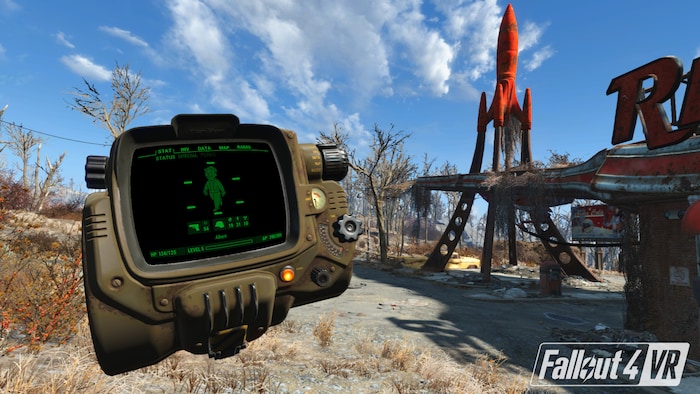 The character, either man or a woman, was tricked into entering cryosleep after a warning of an imminent nuclear strike was issued. Years later they are awakened by unknown people, who murder the player’s spouse and kidnap their son, Shaun. The player reawakens after the ordeal and taking the name “Sole Survivor” they embark on the quest to find their child.

Fallout 4 VR features all the things player came to love about the game, including the detailed character customization options, retro-futuristic world, and engaging gameplay, with the features like looting and crafting items, base-building, and complex combat system. The VR version of Fallout 4 was received favorably by the critics, according to whom the title lost nothing from its charm in transition to virtual reality and gained more immersion in the post-apocalyptic retro world.

Funny times we live in, when the games that are supposed to divert our attention from working, throw us back into the shackles of employment.

The Job Simulator has the player perform the tasks as a member of the Job Museum” staff. The tasks vary from the job the player chooses to do, which include humorous versions of real-world professions: auto mechanic, office worker, store clerk, etc.

The game blends humor with reality in a very inventive way: the jobs the player is tasked with performing feature funny stereotypes often associated with the profession as well as actual tasks. For example, the office worker might be asked to file documents, or eat doughnuts with the boss.

The Job simulator offers the player a lot of creativity while carrying out the tasks, which makes each playthrough unique and exciting. The Job Simulator received favorable reviews from the critics, who praised the humorous take on real-life professions as well as the intuitive and responsive controls of the game.

Let’s leave the mundane behind end enter the abstract world of Superhot. The game developed by Superhot Team was a sleeper hit of 2016, praised by players and critics alike for the innovative approach to first-person shooter gameplay. 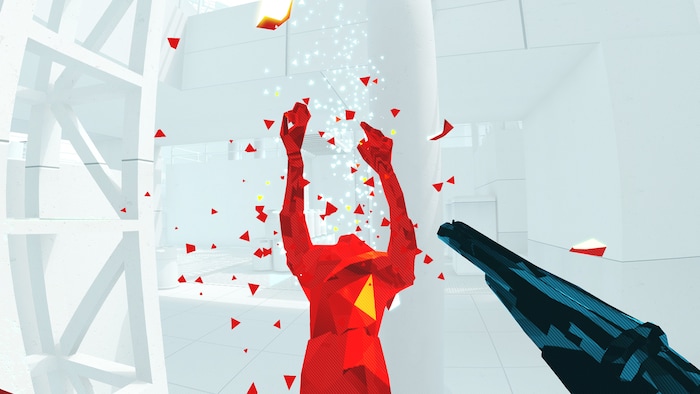 Superhot’s gimmick is how it blends FPS experience with temporal manipulation and planning. The player is put in a corridor environment and must face waves of enemies before they can progress further. The time progresses only when the player takes action and each of the enemy attacks carries a one-way ticket to the start of the level.

The VR version of the game features a neat control scheme where the player’s body movements freeze and start the time in the game. However, the player can adjust their position with slight motions and turn their head around to assess the situation without worrying about getting shot between the eyes. The game features a new set of levels, designed specifically for the VR purposes. Superhot VR was reviewed positively, with critics praising the immersive gameplay and how well the game’s mechanics translated into VR environment.

The name Pavlov means different things for different people. For gamers, the name is most often associated with one of the best levels in the original Call of Duty.

Now, they will remember Pavlov also for what is basically Counter-Strike: Global Offensive of virtual reality games. 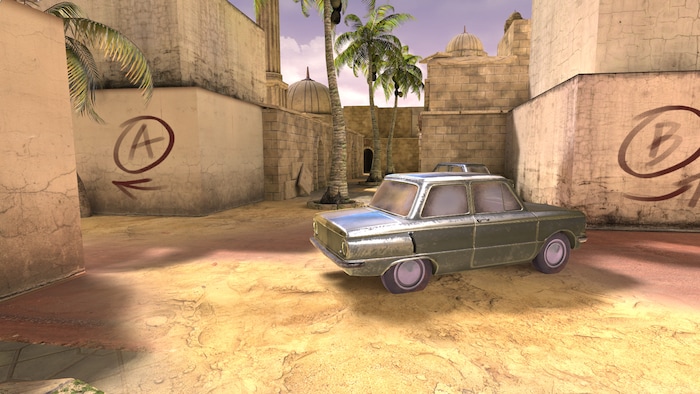 In Pavlov VR, the players can participate in several types of matches, including classic team deathmatch, search and destroy, where teams of terrorists and counter-terrorist fight each other to plant or disarm the bomb and Gun Game, where the player earns a new weapon for kills made with the previous one.

Pavlov VR features some of the weapons found in CS: Go including pistols (e.g. M1911 or Deagle), heavy (SPAS-12 or M249), SMG (UMP-45 or P90) and rifles (AK-47, AWP or M4). The game also features two playable maps: Datacenter, and Sand, similar to the ones available in Valve’s online shooter. Pavlov VR received favorable reviews from the players, who noted its similarities to CS: GO and the level of polish for an early access game.

Have you ever dreamed about taking the seat in the USS Enterprise’s captain’s chair? Now you can make your dreams come true in Star Trek: Bridge Crew. 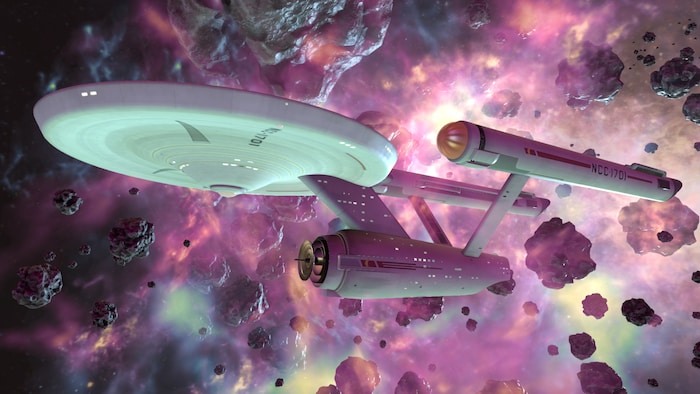 The VR title from Red Storm Entertainment is a perfect game for all Trekkies out there, who want to experience first-hand the thrills of guiding their ship through Klingon-patrolled sectors, carefully avoiding enemy patrols.

The game offers the player a chance to play as four distinct members of the bridge crew: the captain, who dictates the course and instructs the crew about the mission objectives. The helm operator keeps the ship on course and uses impulse or warp drive to move the ship between sectors.

The tactical officer is responsible for sensors and weapons. Engineer maintains the ship’s condition by making necessary repairs. Aside from the captain, each of the positions can be played by another player or relegated to an NPC. ST: Bridge Crew is considered the best Star Trek experience on the market and one of the better VR games available. 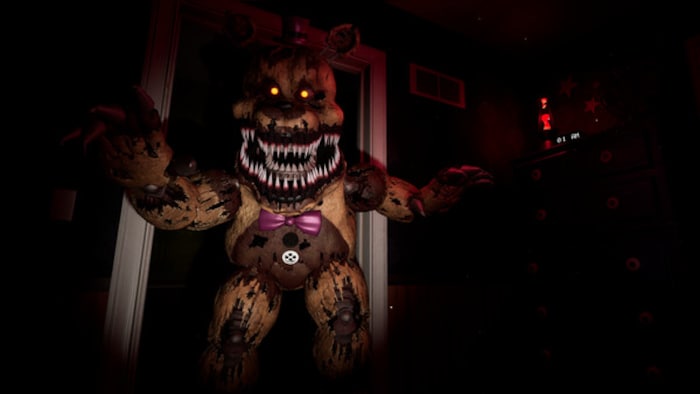 Help Wanted brings the chills and thrills of the main FNaf series, this time in the virtual reality environment. The player is once again put in the shoes of a helpless victim of possessed animatronic puppets, this time acting through the media of video game.

In FNaF VR: Help Wanted, the player can participate in a series of minigames based on the gameplay mechanics of the main titles in the series, as well as other, designed especially for the VR game. These include Parts and Service, in which the player is tasked with repairing broken animatronics of Bonnie, Chica, Freddy and Foxy, Vent Repair minigame, in which the player has to fix the ventilation system at various FNaF locations, and more.

FNaF VR: Help Wanted was received positively by the critics and players, who enjoyed the mini game-style of the title, which managed to neatly translate the horrific climate of the original games into virtual reality mechanics.

If you’re looking for the real deal in VR shooter area, look no further – Zero Caliber is as real as the virtual reality combat gets. In XREAL Games shooter, the player is put in the thick of the action, fighting for their survival against overwhelming enemy forces. 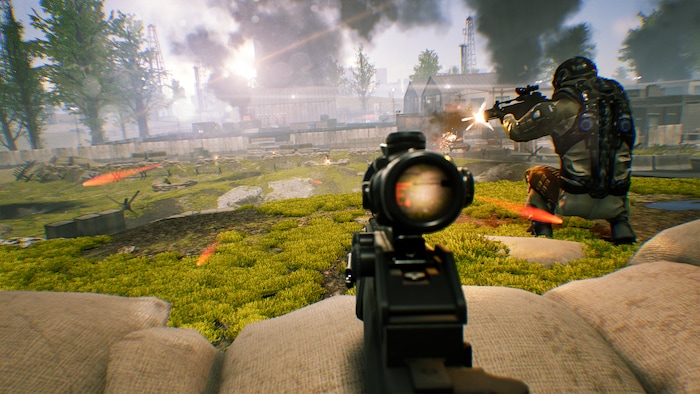 The player will have to apply all their skills to master the use of different types of weapons. Each gun available in the game has unique reloading mechanic, and thanks to realistic controls, Zero Caliber offers total immersion and high-tension gameplay like no other game before. The game received many positive opinions from the Steam Community.

Anyone who watches any of the Rocky movies must have thought something along these lines: “I wish I could enter the ring to the tunes of the Eye of the Tiger and beat Clubber Lang into a pulp.” Now, the dream of many becomes the reality, with Creed: Rise to Glory. 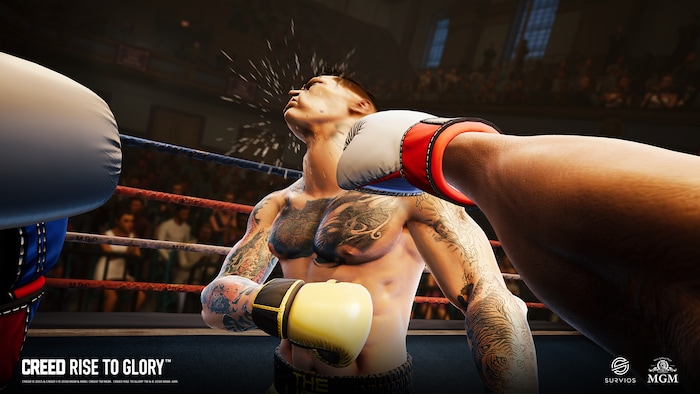 In RtG, the player can either face off against friends and strangers in PVP multiplayer mode, or play in the career mode, where they’ll be trained by the Italian Stallion himself. Creed: Rise to Glory received positive reviews from critics, who praised the game for evoking the feel of the legendary movie series, faithful representation of boxing and giving the player a chance to exercise a little.

We wrap our list up with a bit of classic zombie-slaying action. In Arizona Sunshine, the player controls a character who wakes up in a world infested by zombies. As they make their way towards the radio station, from where other survivors seem to be sending a distress signal, the player will have to face off against hordes of the undead. Picking up new weapons will trigger more zombies to attack the player, so caution is advised. AS features two modes: story campaign, where the player explores the area, collecting tools and fighting zombies, and horde mode, where waves of the undead attack player at their small encampment. Both modes can be played solo or in multiplayer. The game was met with critical acclaim, with reviewers noting its single-player mode as one of the best VR experiences.

Our list barely manages to scrape the surface of this huge iceberg filled with virtual reality games. At this point, the VR games are only starting to leave their mark on the imaginations of players across the globe. But with quality titles, like those mentioned in this article, the future of VR as the dominant mode of gaming entertainment is all but certain. So, if you’re still hesitant about giving this “hot new thing” a shot, wait no longer. Go get yourself a VR set, buy a game from our list and enjoy hours of immersive gameplay.