G2A.COM  G2A News Features Could this be the end of remastered games?

The past is a magical unspecific time when everything was better. The games too. Those were the real games, back then! No handholding! No regenerating health! No savegames! Those were the days.

Is a comeback of games of yesteryear a sensible thing, though? We don’t know, but it’s worth taking a look anyway. This is the relatively non-lengthy thing about reboots, remakes, and remasters.

Let’s briefly establish some terminology, because it’s going to fly at crazy speeds here like a hyper-caffeinated hummingbird.

Reboot takes an established franchise, extracts its defining ideas, and does something new with them, creating an alternative reality version, so to speak. Example: about 75% of the Tomb Raider franchise. There are also soft reboots, which pretend to be sequels, but also do their own thing. Example: DOOM (2016).

That’s a more straightforward thing. Remakes take the original game’s story (and optionally gameplay), but put it into a new, modernised (for better or worse) frame. The best example here will be the upcoming Final Fantasy VII remake, which maybe our great-grandchildren will get to buy their offspring for a coming-of-age party.

1.3 Remasters of the Universe

This is the kind of content we see the most frequently these days. Remasters are little more than polishing a game to make it look better on modern machines. Often they also involve some compatibility fixes. Examples: look for “Enhanced”, “Special”, “Super-Duper”, “Somethingmastered” and other Dragontastic subtitles. (Darksiders Warmastered Edition, TES V Skyrim Special Edition). 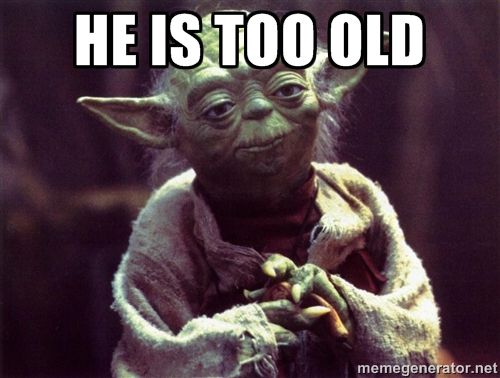 2. Too old to begin the gaming…

The utterly nonsensical use (and paraphrase) of a quote aside, are old games too old to be played? And if so: why? Take Heroes of Might and Magic III as an example. An insanely popular game in (and past) its time, and in some places a near-obligatory part of any gamer’s library. But when the remaster came out two years ago it was met with a general “meh” and faded into obscurity quite fast (much like Disciples III. Yeah, it was a thing). Similar treatment happened to the Baldur’s Gate refreshes by Beamdog. BG2 is considered one of the all-time RPG classics, and yet the remasters were another “meh” by popular reaction.

The thing with remasters, especially for the old games, is that… everyone who cared has probably already played it to their hearts’ content. There are dozens of tools on the PC that can let you play even DOS-era games. Someone who has a working (and probably modded) version of their favourite game is unlikely to buy it again for a simple graphical upgrade achievable with community-created mods or UI tweaks. Just look at the reactions of PC gamers to Skyrim’s Special Edition. Bethesda at least knew enough not to make PC players pay, because with free mods providing frequently better effects that would have been a hilarious misstep. Not featured above: paid visual upgrades.

Of course it’s different for consoles, because the backwards compatibility isn’t all that easy to implement and the modding potential is virtually non-existent. In this case remasters aren’t that much of a cashgrab, and things like remastered Darksiders franchise appear to be made specifically for consoles, with PC players lacking a really worthwhile incentive other than 60fps, maybe, probably?

Things were different back then. Developers were still figuring things out. Control schemes were sometimes bonkers, interfaces could be unintuitive, and health didn’t automatically regenerate after two seconds. Without even placing this on a “good/bad” scale, the fact remains that games used to be played a bit differently. It may not be a problem for those who played them way back when, but the young’uns learned gaming on other things. So again, it’s people who probably already have their own copies from old days, or people who wouldn’t buy the game en masse, because it’s too different from what they’re used to.

Arguably, classic RPGs following in the footsteps of Baldur’s Gate (19 years old) or Planescape: Torment (18 years old) suffer from that. Despite a huge ongoing demand, it took just Pillars of Eternity and Divinity: Original Sin to largely scratch that RPG itch for many people. Tyranny and Torment: Tides of Numenera had a fair bit of niche hype going on before releases, but they underperformed in the sales department despite receiving favourable reviews.

Although admitting that isn’t easy, maybe BioWare was on to something with taking up their now-signature cinematic approach for Dragon Age, Mass Effect, and probably that thing from E3, Anthem. Few people have it in themselves to read through heaps of at times a bit too wordy prose to figure out that grass is, in fact green. I like it, many gamers don’t mind it, but it doesn’t change the fact that classic cRPGs don’t fall neatly into current expectations. For better or worse.

If a game is becoming too old to play it, there’s the wonderful tool called remake. This is what’s happening to Final Fantasy VII, probably the most demanded remake in history. The upcoming in unspecified future (we’ve been lied to before, I won’t believe anything other than a physical copy in my hands) game will take the original mechanics and throw them away. Fragmentation of game world between battles, individual locations, and overworld? Gone, it’ll likely be one entity, like in FFXV. Inconsistent level of detail in character appearance? Unified. Quasi-turn-based combat? Made more action-focused. Some things will likely remain, like Materia management, but on the whole it will be a brand new gameplay for the same old story.

3.3 Not all that glitters

Of course, there are also remakes like Halo Combat Evolved Anniversary, which only needed to update the graphics (by, like, a lot), but shooters don’t get exactly as many revolutionary solutions, so a 2001 shooter is likely to be just as playable as its 2011 visual remake, barring some fixes implemented efficiently in the Anniversary version. To put it shortly: it largely depends on how accessible the original gameplay is today. The movement, the controls, the interface, the entire shebang. Heck, take Risen. It was pretty much an HD compilation of Gothic 1 and 2, and it was just barely different mechanically from Pyranha Bytes’ previous work. And it…well, maybe it didn’t bomb, but having been launched in a post-Mass Effect world, it didn’t exactly make it to the top. Which is a shame. #blamecanada

4. Reboot to the head

When your game gets too old, or at least outdated in general, this is where reboots come in. The central story is stale or has nowhere to go, the graphics fall behind, and the gameplay breaks your fingers? Reboot it! Lara Croft knows the ins and outs of this, having received the reboot boot several times. Recently she got rebooted so hard she landed in Uncharted lands, at which point a very confused snake bit itself.

DOOM (2016) was a soft reboot, going the whole hog on the brutal FPS formula, with a sort-of-fresh, but sort-of-tie-in plot-thing. It was a breath of fresh air after Doom 3, and a callback to the intense, characteristic gameplay of the first two Dooms using modern production values, storytelling gimmicks, and gameplay dynamics. And it was generally well-received.

There is some overlap between a reboot and a remake, but if the connection between the old and the new is limited to some nods here and there, or just a shared protagonist, it’s probably the former.

Where does all of that bring us? Can a game be too old to play? Sure, but the old age doesn’t mean “this game came out three years ago, I don’t play old, ugly games”. It means a game from a time when there were different dominant gameplay standards, the stories were told slightly differently, if at all. A time just different enough from our current-tech to create a market for emulators and wonderful people who work on compatibility mods. The Re~ family stands in opposition to the natural course of time. Sometimes justly, sometimes greedily delays the demise of worthwhile titles, even when they are perfectly fine on their own. It’s not necessarily bad, but some things are probably worth considering. Could it be that remasters lay bare the faults in games we idealised in our memories? That remakes are about us getting complacent and refusing to relearn long-forgotten skills? That I have no faux-armour-piercing question about reboots? ¯_(ツ)_/¯

What are your thoughts about bringing games back to life like that? Would it be better if more gaming outlets simply raised awareness of older games? Sound off in the comment section. 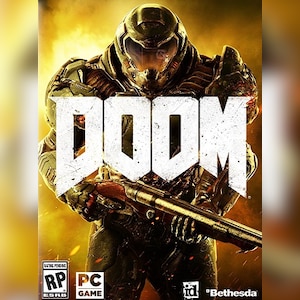