The Witcher 3: Wild Hunt and The Elder Scrolls V: Skyrim are undoubtedly two of the best action-RPG titles in the history of the genre, ones that are very often set as a standard of how aRPGs should be. However, players deserve to know which of the games is the better one.

Today, we will dive into what makes Wild Hunt and Skyrim so good, take a look at the similarities and differences, and finally – try to settle the score between the two excellent video games.

The Witcher 3 vs Skyrim

Ladies and gentlemen, welcome to the Witcher 3 vs Skyrim – the ultimate battle of action RPGs!

The plot is an essential aspect of every action RPG game. The subjects of its article are no different – both feature complex storylines backed up by rich lore. The Witcher 3: Wild Hunt is the third game in the witcher series developed by CD Projekt RED. Based on the popular novel series by Andrzej Sapkowski, the game is set in a world inspired by Slavic folklore and medieval history. The titular character, the Witcher Geralt, is an infamous monster slayer trained in combat and magic. The third game sees him reunited with his young ward Ciri, pursued by an evil entity known as the Wild Hunt. 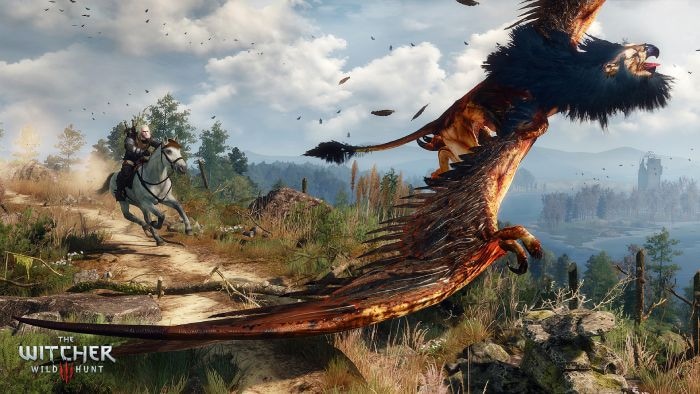 The Elder Scrolls V: Skyrim is the fifth installment of Bethesda’s TES series. It takes place in the titular Skyrim, the Northernmost region of Tamriel. The black dragon Alduin threatens the land, and only the prophesized Dragon-born, a mortal with a soul of the dragon, can defeat it and Save Skyrim from destruction. Both games lean heavily on the fantastical elements, and both come from a long line of lore-rich franchises. However, there is something charming about the story of a single man’s quest to protect his adoptive daughter. The epic tale of the Dragon-born vs. Alduin is ripe with grand stakes, but the intimate nature of The Witcher 3 earns it the first victory in our showdown. 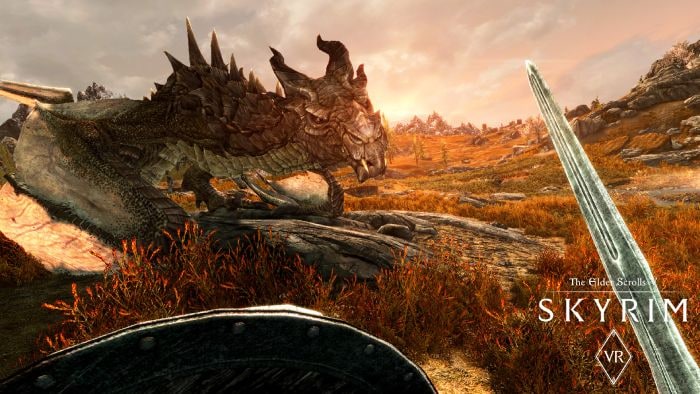 An epic fantasy story is only as good as its protagonist and the characters around them. In this case, The Witcher 3 wins by a landslide. While some characters of Wild Hunt are more memorable than others, the average is still better than that of its opponent. Let’s start with the protagonist – Geralt is a perfect fantasy action game hero. A ruthless mercenary, a passionate lover, a doting caretaker – the player will see all of these different shades of the character throughout the playthrough. The same goes for other characters – the sorceress Yennefer, the bard Daffodil, and Geralt’s ward Ciri are only some of the merry bunch of cutthroats, wizards, and other individuals the player will meet while exploring the Continent. 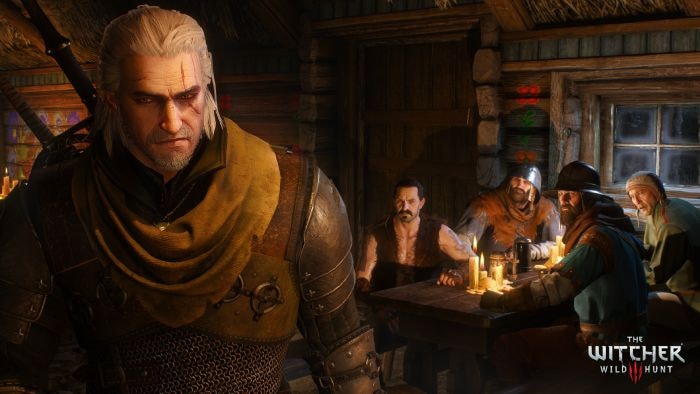 Compared to Wild Hunt’s colorful cast, Skyrim looks a little pale with its bland protagonist and uninspired side characters. While some of them did become the source of quite funny memes (the “I took an arrow to the knee” Guard takes the cake here), Skyrim cannot compare to the ones of The Witcher 3. 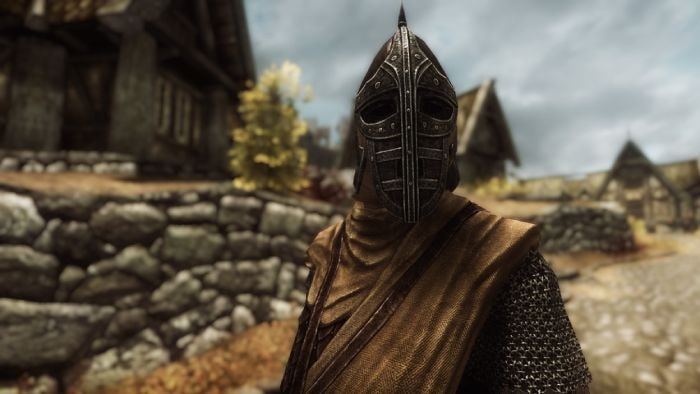 Since both games are open-world action RPGs, our breakdown wouldn’t be complete without looking at their exploration gameplay. The sizes of maps in The Witcher 3 and Skyrim are huge. Like, really huge. The map of Skyrim covers 37 square kilometers and is divided into diverse biomes, from lush woodlands to rocky peaks. The map of The Witcher 3 covers a whopping 136 kilometers square, which is broken into six regions – Novigrad, Velen, White Orchard, the Royal Palace in Vizima, Skellige, and the Kaer Morhen Valley. Many of the locations the fans of the Witcher Saga will recognize from the pages of the books. 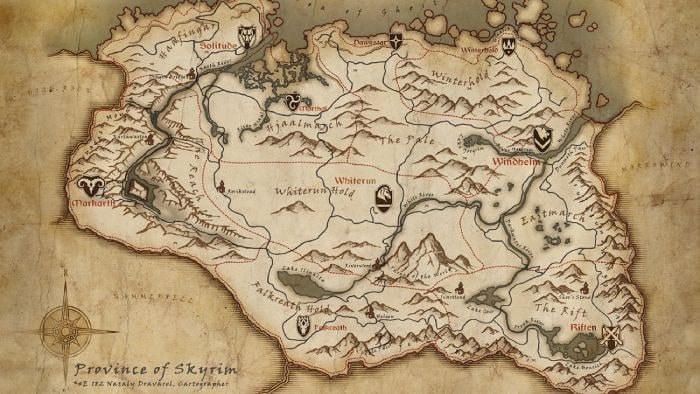 Brought to life with incredible detail, these climactic regions trump anything in Skyrim. The methods of exploring said regions are also quite interesting. Aside from fast traveling between them, The Witcher 3 players can rely on their trusted steed Roach, as well as Geralt’s muscular legs to carry them where need be. In this case, Skyrim offers more variety with carriages and ferries on top of usual horse riding. However, with its diverse regions and memorable locations, The Witcher 3 takes the win here.

Combat in The Witcher 3 and Skyrim is quite similar and divided between melee and magical attacks. The differences lie in the execution of both of these aspects. In Wild Hunt, Geralt is given the Witcher’s classic swords – one to defeat monsters and one to defeat human opponents. Thanks to his training, Geralt wields both blades with finesse and style, using swift and heavy attacks to deal damage and parries to guard himself against enemy strikes. 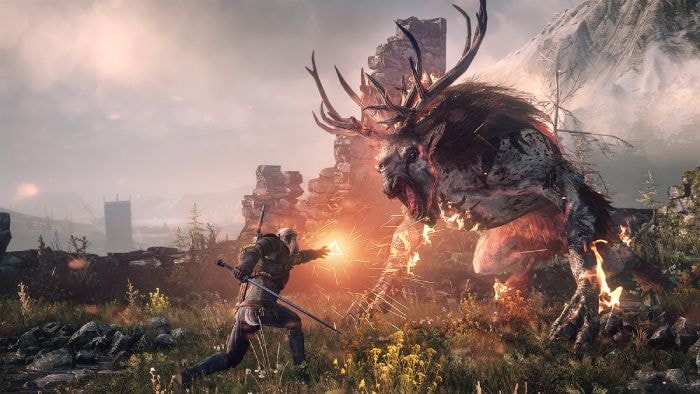 Battles in The Witcher 3 resemble a dance with both sides of the encounter dishing out a flurry of strikes, finishing them with an epic lethal blow. Magic also plays a big part in The Witcher 3’s combat, allowing the player to turn the tide of the fight with timely use of a spell or application of a character buff.

Once again, Skyrim cannot compare to The Witcher 3’s stylish combat. With its brutish “whack’em till they’re dead” fighting style and a selection of magical attacks (with the classic and memetic dragon roar “Fus-ro-dah!” on top of them), TESV lacks that special something that The Witcher 3 provides an abundance of.

Before we move on to the visual side, bear in mind that these games aren’t new. Both Skyrim and The Witcher 3 were released in the early to mid-2010s, so the games’ graphics might not be as crisp and stunning as the players are used to these days. That being said…wow, do they look good. Despite their age, they manage to bring their best effort to the table, allowing the player to enjoy the gameplay without many moments of visual cringe. It’s true that most of the stunning visuals in the games need to be implemented through mods (more on that in a minute), but even without them, Skyrim and The Witcher 3 hold up nicely. 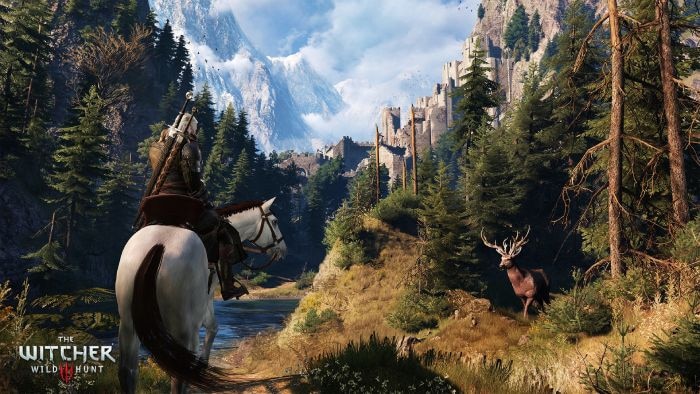 Especially the latter – the developers at CD Projekt RED did their homework and made sure that their opus magnum lived up to the standards set up by the best titles on the market. Going from being a virtually unknown studio to producing one of the prettiest (albeit buggy) video games of 2015 is a feat that deserves yet another win for The Witcher 3.

Modding communities can sometimes decide on the life and death of a video game. Dedicated fans take it upon themselves to fix bugs and add new features to bring new life to a title that would otherwise have fallen from the face of the Earth, completely forgotten. While such fate was never meant for The Witcher 3 and Skyrim, the number of annoyances and bugs in both games urged modders to take action. After ironing out the creases, they moved on to adding new features, completely overhauling some aspects of the gameplay. It’s hard to unanimously decide which modding community did the better job improving their respective game.

Skyrim modders enhanced the visuals and various lacking gameplay mechanics. At the same time, one of the most popular The Witcher 3 mods increases violence and gore in an already brutal game. For the sake of fairness, we are going to award both games a point for having a group of dedicated fans who will always stand up to the task of improving their favorite game.

Well, there you have it. 6 to 1 for The Witcher 3: Wild Hunt. CD Projekt RED’s fantasy action RPG is a perfect representative of its genre. With a massive open world, rich in lore and activities to spend time on, The Witcher 3 has it all to become a classic aRPG. Despite its issues and bugs (honestly, show us a game that’s free of them), the culmination of Geralt’s story is an excellent example of an action RPG done right. Any fan of the genre should try their hand at defeating monsters as the legendary Witcher and spend some time exploring the world and participating in the many side activities. We can guarantee that the time you dedicate to this game will not be wasted. 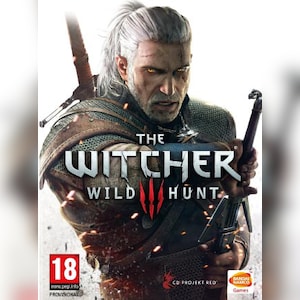