Tomb Raider is one of the most famous and most influential video game series in history, and Lara Croft is the most famous female protagonist, surpassing even Samus Aran. Ever since 1996 the adventures of Lara Croft have been gathering thousands upon thousands of players in front of the their TVs and computer screens.

There are a few fundamental elements common to all the major installments of the series. The stories always involve either ancient magical artifacts, and the vents often somehow tie into Lara’s family history. In terms of gameplay, you can always expect a third-person perspective, which is helpful, given the number of environmental puzzles. There also tends to be a fair amount of combat, for much of the series powered by Lara’s indispensable twin pistols.

Below you’ll find a list of all major Tomb Raider video games, plus one installment of a spin-off to spice things up a bit.

The game that started it all, way back in the dark ages of 1996. Lara Croft’s first ever appearance, the birth of a legend. While the controls might feel clunky by today’s standards its level design remains solid, and the story presents a perfect excuse to go around the world solving puzzles and antagonizing other rich people. 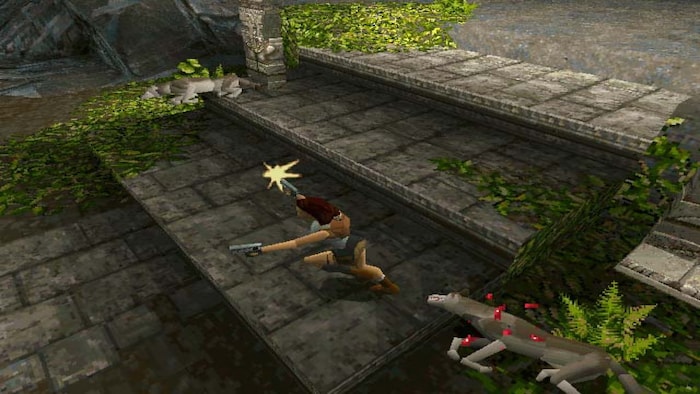 The story properly begins in Peru, where you raid a tomb of Qualopec, seeking a artifact you were hired to acquire. This kicks off a crazy sequence of events which might lead to the re-discovery of mythic Atlantis. It’s a wild romp, and was remade in its entirety later on, but we’ll get to that when we get to that.

Like a good sequel, Tomb Raider II iterated on the foundations laid out by its predecessor. There are more weapons, new moves, and a whole new story. There are even vehicles you can use to get around dedicated levels and through enemies. In general, TR2 was more of an evolution than a revolution. 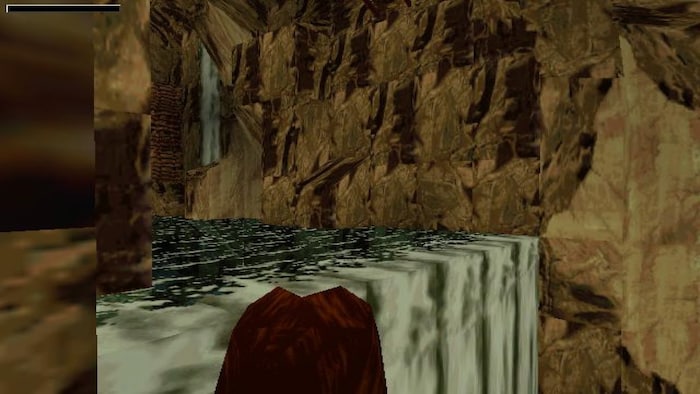 The story this time takes place in China, and involved a fabled magical dagger of a Chinese emperor. The mythical weapon was said to not only confer command over an army, but also allow its user to become a dragon. Of course, Lara isn’t the only one seeking the weapon, and dealing with people who want it for their own nefarious reasons forms the core of the plot.

Tomb Raider III took Lara on a lengthy journey around the world, including even Antarctica. The vehicle sections return, but there’s also quite a few underwater sections with their own set of challenges. The increased difficulty was an unexpected change and could lead to frustrating moments. On the upside, the graphics were improved compared to the previous games. 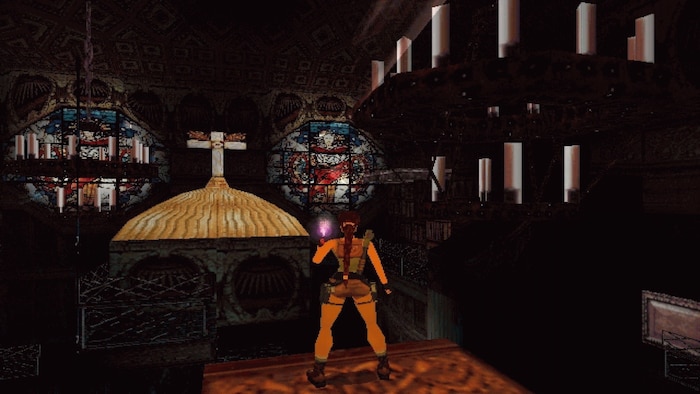 The story features powerful artifacts crafted from a shard of a meteorite, power-hungry deities, and horrifying human experiments conducted by a blatantly evil corporation. It’s silly in all the best ways, and presents plenty of compelling reasons to explore well-designed locations and solve the puzzles hidden within.

Most of the action in Tomb Raider: The Last Revelation takes places in Egypt. It entangles Lara in the affair of ancient Egyptian gods, especially Set whom Lara has accidently released from prison. Of course, as usual, the plot also involves betrayals, backstories, and monsters of mythic proportions. It also left on a cliffhanger, an usual move for the series at the time. 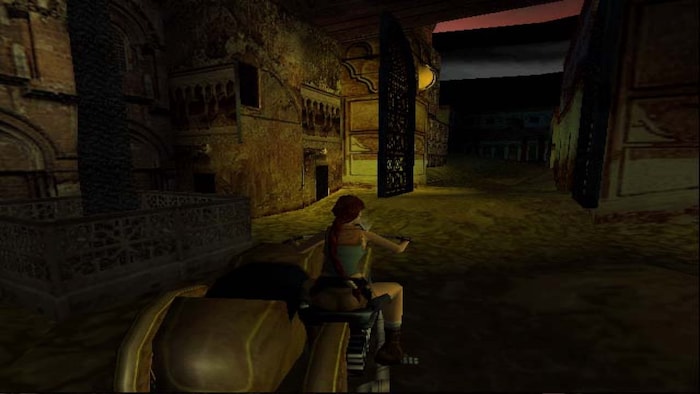 In terms of gameplay, it’s more of the same, with tank controls, plentiful environmental puzzles to solve, and vehicle sections. The broader levels are split into discrete zones, and there’s a few places you’ll backtrack to as the story develops.

Tomb Raider Chronicles gently expanded on what The Last Revelation delivered in terms of gameplay, including some more support for stealth. Lara also got a grappling hook, which changes the kinds of puzzles the game is able to throw at you. The story, however, had to deal with the ending of the previous game, and did in a pretty fun manner. 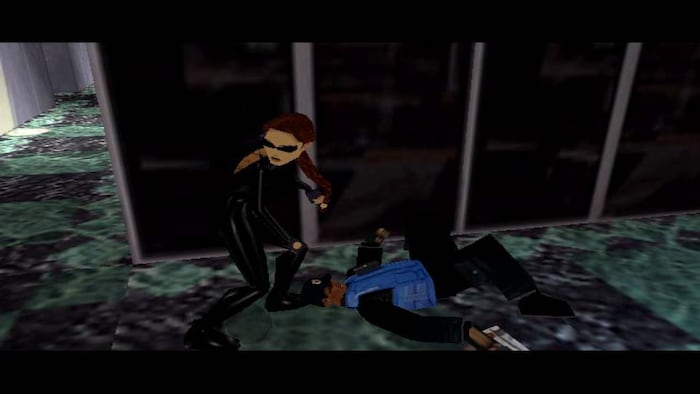 The conceit is that the adventures you’re playing as Lara are actually stories told by her allies after a memorial service due to her presumed death. The individual stories involve seeking the Philosopher’s Stone, pursuing the Spear of Destiny, and throwing metaphorical fists with some demons.

6. Tomb Raider: The Angel of Darkness

Tomb Raider and the Angel of Darkness was the final TR game developed by Core Design, and also a final game of that incarnation of the intrepid adventurer. Lara got a few new moves, including crawling and sneak attacks, but neither this nor newly introduced minor RPG elements saved that instalment from being relatively poorly received and the series being given to Crystal Dynamics. 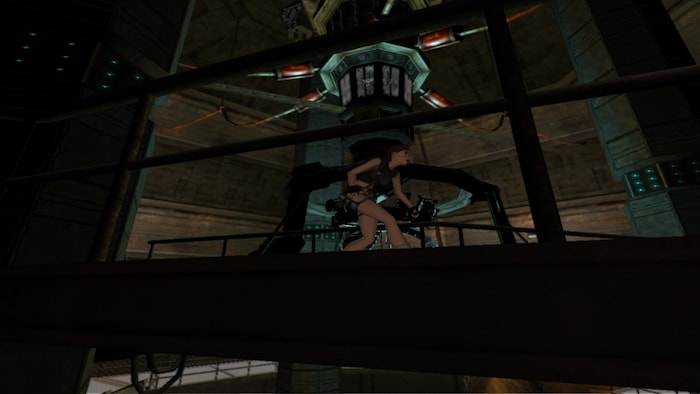 The plot takes place some time after Chronicles, and involves Lara being suspected of murder of her erstwhile mentor, Werner von Croy. There are also mysterious artifacts called Obscura Paintings, and some talk of old alchemy. The Angel of Darkness was the end of that era of Tomb Raider, and from now on the series was done primarily by Crystal Dynamics, known for Legacy of Kain.

Tomb Raider: The Angel of Darkness

Tomb Raider: Legend was the beginning of the Crystal Dynamics era of the series, and it started with a bang: Lara looking for Excalibur itself. The return was warmly welcomed, and the gameplay was modernized and revitalized, benefitting from CD’s experience in the action-adventure genre. As a bonus, Time Trials were added for players who sought level mastery. The story takes a lot of interest in Lara’s family, especially her mother, Amelia. There are also bitter rivalries, a lost civilization responsible for the “monomyth”, and mild time-travel shenanigans. In other words: a return to form for the Tomb Raider series: the exactly kind of adventure movie plot that made the originals work so well.

Tomb Raider Anniversary is Crystal Dynamics’ remake of the original TR, greatly benefitting from greatly improved graphics and greater experience in creating 3D action-adventure games. The levels were remade from scratch, and accommodate various additional maneuvers and trick Lara had learned over the years. The story is pretty much the same, but fleshed out more with the assistance of Lara’s creator, Toby Gard. Everything was bigger, better, and more detailed, thanks to technology catching up to the ambition and imagination that led to the creation of the first TR. Over all, Tomb Raider Anniversary is a pretty good option if you think you can’t handle the retro quality of the original.

Tomb Raider: Underworld picks up the story where Legend left it, and also provides closure for that incarnation Lara, before the big reboot from 2013. The game begins with a bang, or rather: fire – the Croft manor is burning, and to learn why the story jumps back in time. What follow is looking for the mythic Avalon, exploring Norse myths, and providing some closure to Lara’s family history. TR Underworld made the world more realistic and tangible, which included things like destructible environment elements, or Lara interacting with the world in small ways. It even transferred to gameplay elements. Underworld was a solid game, and the reception was easily warm enough to keep Crystal Dynamics on the job for years to come.

10. Tomb Raider and the Guardian of Light

Lara Croft and the Guardian of Light is an unusual entry in the series. Instead of the classic third-person action adventure, GoL is more of a dungeon crawler. There’s isometric camera, plenty of combat, and even more puzzles to solve. There’s also multiplayer support for a co-op thanks to a dual protagonist: Lara herself, and a bizarrely alive Mayan warrior Totec. 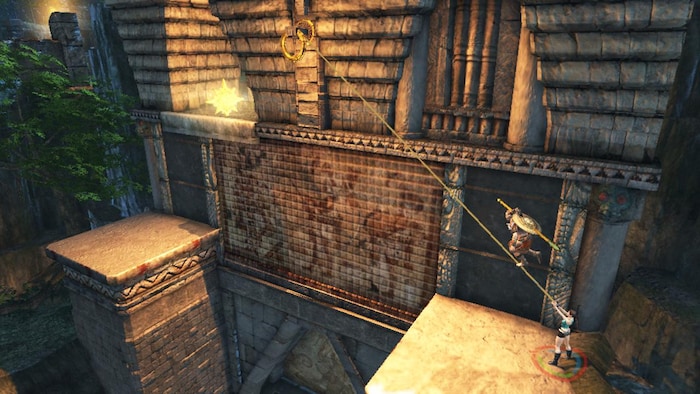 The story involves Mayan mythology, and revolves around the shadowy creatures serving Xolotl, the Keeper of Darkness. There are also stupid mercenaries ruining things for everyone, because it’s still a Tomb Raider game at heart. Guardian of Light was very well-received, and provided a bit of respite between major installments of the series.

Tomb Raider and the Guardian of Light

2013’s Tomb Raider was a smash hit. It dramatically revitalized the formula by looking at how the competition, such as the Uncharted series, does things. It also shows the first steps Lara took on the path towards becoming the bold adventurer we know. The game takes place on an island just off Japanese coasts, troubled by weird weather patterns. 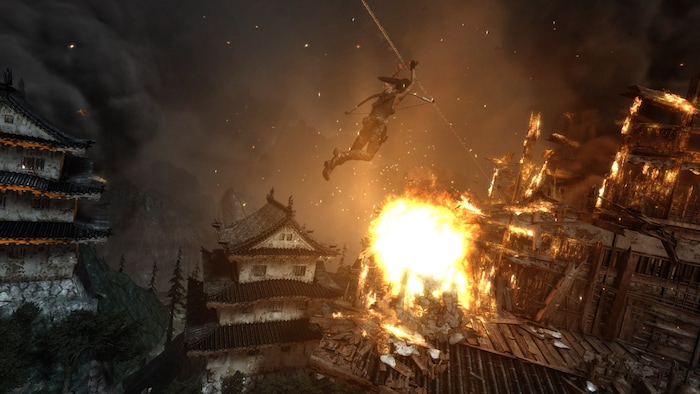 In terms of gameplay, TR has a semi-open world structure, with relatively free travel between regions of the island after you unlock them through story, and there are some secrets and locations which can only be reached with gear you discover later on. The game is skewed towards combat a lot, but there’s a good amount of puzzles and crafting involved as well.

12. Rise of the Tomb Raider

Rise of the Tomb Raider takes place a year after the events of the previous game, and features Lara pursuing her late father’s research again, and trying to come to terms with what she experience on the island. Eventually her travels take her to the heart of Siberia, looking for an artifact said to confer immortality. Of course, nothing is ever easy. 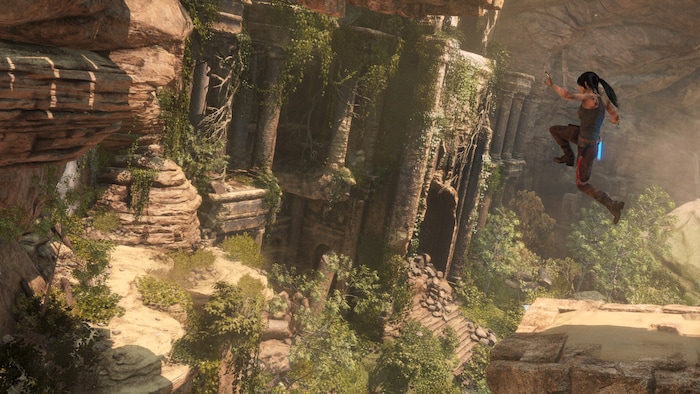 Rise… expanded on gameplay principles introduced in the previous game, so you should be ready for more stealth, more crafting, and more in-depth progression system. There’s also expanded crafting, with bombs and traps you can use against your plentiful enemies. It also improved on previous games flaws by reducing the QTEs, and adding more tombs to raid.

13. Shadow of the Tomb Raider

The final installment of the second trilogy, Shadow of the Tomb Raider helps Lara truly define herself, but before that she has to deal with an apocalypse she accidentally kickstarted. Her journey eventually takes her to the lost city of Paititi and its thriving, yet secretive, community. There’s a lot going on, in general. 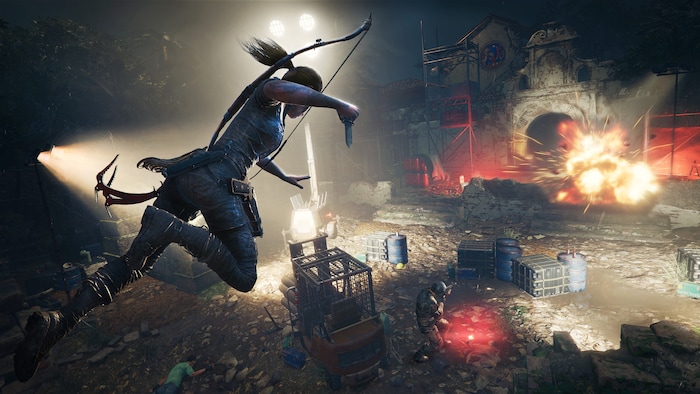 As for the gameplay, Shadow of the Tomb Raider improved on stealth mechanics and now Lara can do like Arnold in Predator and hide by covering herself in mud, for example. The city of Paititi also serves as a hub where Lara can resupply and wind down between excursions. Shadow of the Tomb Raider concludes the trilogy, but who’s to say this incarnation of Lara won’t live on?

This concludes our glimpse into the long history of Tomb Raider. There are three distinct Tomb Raider eras with their own continuities, but while Lara’s character has developed over years, the essence of an intrepid explorer is always there.

Many of these games are still playable, often without any tampering necessary, so if you’re in the mood for looking at how the series developed over the years, you absolutely can.