Most games go out of their way to shower us with weapons we might need to slay whatever world-ending, civilization-killing, an honor-defiling problem the protagonist has to deal with. Usually, it’s the curse of abundance, as we struggle to decide which weapon we want to use because they are all cool.

Sometimes, however, a game will hide an interesting weapon somewhere out of sight or lock it with an arcane sequence of actions. Often these hidden weapons are rather powerful, or simply just funny, and finding them is the cost you pay for finding something very cool.

Below you’ll find a few worthwhile examples of weapons (swords and guns alike) that make you make some effort to get them.

10 hidden video game weapons you could easily miss out on

The Assassin’s Creed series doesn’t necessarily shy away from the gear of quasi-legendary status. Even before the setting got weird about Isu-designed creatures and artifacts Ezio could wear the armor of Brutus, the same one who killed Julius Caesar. In the three-boot of Origins, Odyssey, and Valhalla you can jump through hoops to get some truly mythic-grade gear, including Mjolnir itself! 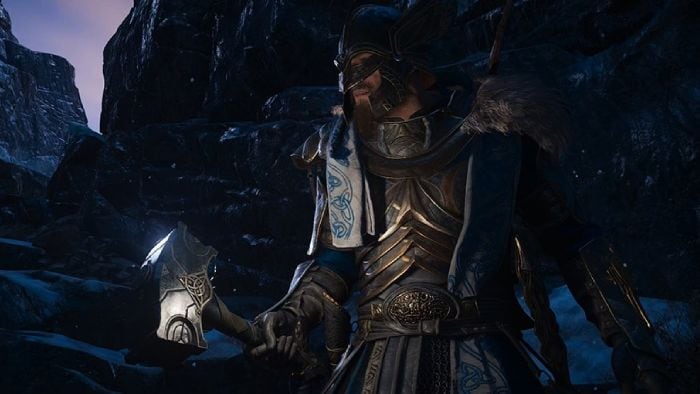 To get Thor’s iconic weapon you have to collect his armor first, which is already quite an endeavor, involving a ton of travel, three miniboss fights, and killing a whole bunch of Order of the Ancients members. When you finally start looking like Thor and thus become worthy, you can travel to a certain location in Norway and pick the hammer up. It’s a bit of work, but the weapon is well worth it.

This one is a bit old, twenty years old, in fact, but it’s still relevant thanks to the Baldur’s Gate II Enhanced Edition. The item in question is called the Flail of Ages, and there’s some assembly required. It can have up to three heads, each with a different elemental effect, and an increasing bonus to hit chance and damage. If you get all three, you get some story and a chance to upgrade it later! 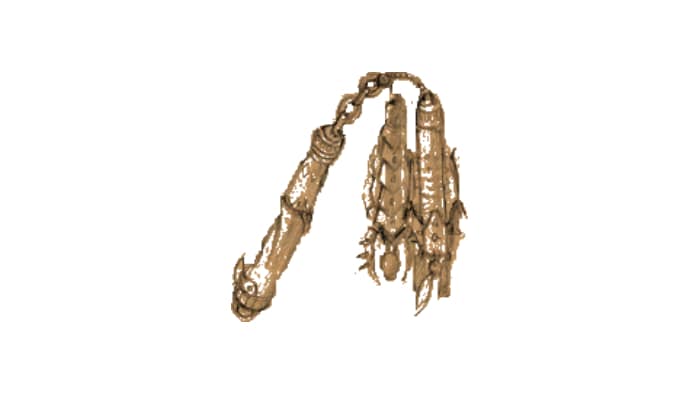 You can find the three heads by carefully exploring the De’Arnise Keep and there is a chance you’ll only get one chance to do it. If you have it in your inventory when you start the Throne of Bhaal expansion, you’ll have a shot at finding two more heads, bringing it to a total of five elemental damage sources and a 5 bonus. It’s one of the strongest weapons in the game: a troll-killer and a bane of casters.

Devil May Cry 5 is something of a nostalgia tour of the series, and many familiar names come back in some capacity. That included Lady and her signature weapon, the powerful rocket launcher Kalina Ann. If you’re nosy enough you can have TWO of them in the game. You get a Kalina Ann v2 by just playing the story, but the original requires some snooping around because it’s been lost in the prologue. 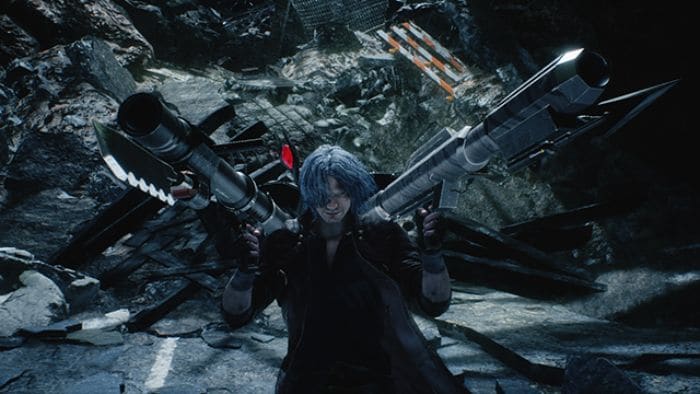 You can find it in Mission 11 as you’re going through the ruins. If you destroy the blood clots, there will be some architectural shifting around and a path to a discarded Kalina Ann will be open. If you own both versions of the weapon, you’ll be able to dual-wield it and unleash truly impressive attacks this way, including a devastating beam strike. It’s silly how easy it is to miss it entirely.

Among the other weapons you can use in Dying Light this one seems almost elegant and refined. It is, indeed, a sword, rather hefty one, too. It’s located on a small rocky island near the Fisherman’s Village, from which you get a pretty view of the city. On the other hand, the blade is put through the chest of a dead person and the corpse spontaneously combusts when you retrieve the sword. 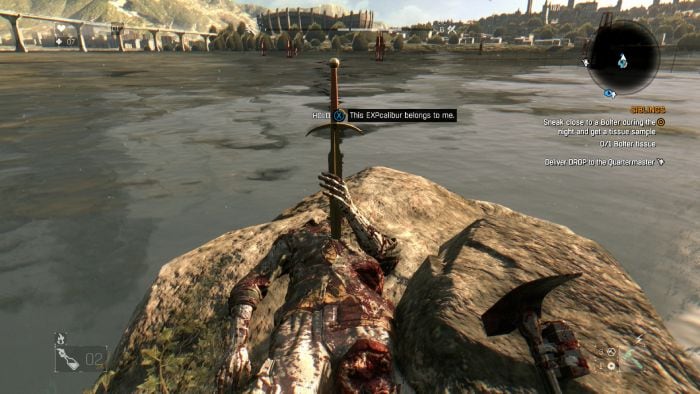 EXP Calibur deals pretty hefty damage and can push nearby enemies away if you charge it up. The downside is that it can’t be repaired and the blueprint (found after the body is completely burnt) gives you a weaker version of it. It’s not the best weapon in the game, but it is relatively easy to find, and the golden version is useful even after you wear down its durability.

Final Fantasy VII has a few secrets in it, up to and including optional characters. This is also the case for the ultimate weapons of our heroes. They always require jumping through hoops to get them, but Barret’s ultimate, Missing Score, can be easily missed because it won’t even appear unless you have the burly freedom fighter in your party at a very specific moment. That’s just rude. 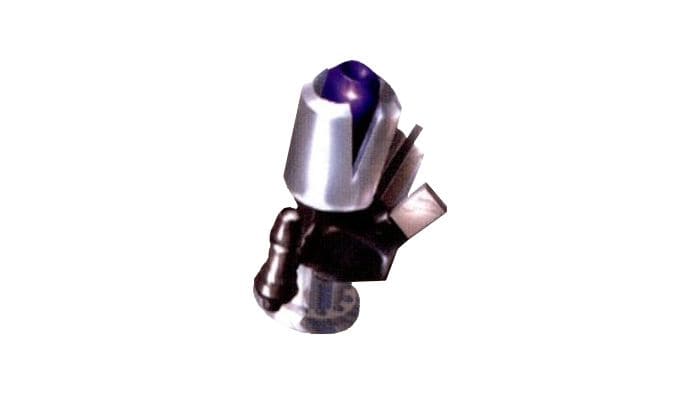 You can find the box with this weapon during the Raid on Midgar, late in the game. If you’re making your way to Sister Ray AND you have Barret in you party, a treasure chest will appear on the staircase. It’s a very powerful weapon that turns Barret into a very competent magic user AND maintains his regular damage output.

Definitely not the most serious game on the list, the Cluckshot nevertheless deserves mention, because it’s a grenade launcher that chucks exploding chickens. It’s such a great clucking weapon that after its first appearance in Gear of War 3 it came back for entries 4 and 5. It explodes, it’s funny, and it’s completely out of alignment with the series’ gravitas. Where do you get this wonderful thing? 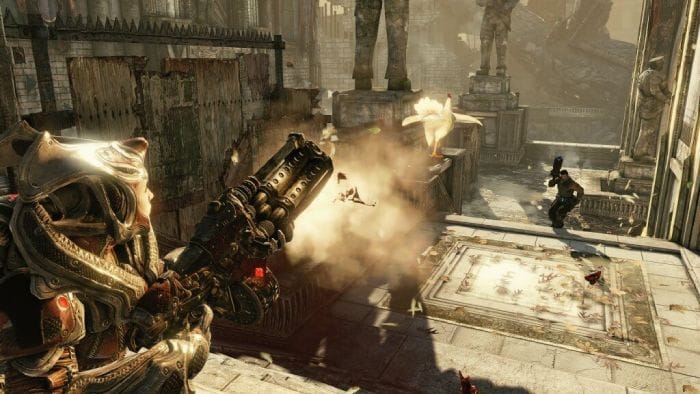 You can get one in the first chapter of GoW3, after the platform rises, on the right you’ll see graffiti. Jump the barriers, go upstairs, get the cluckshot. The second one, in Chapter 1 of Act 4, is a tougher cookie. It requires completing an easter egg, playing the game on Insane difficulty, making a car fall off the tracks… It takes three missions of performing specific actions to get the clucking thing.

Before Nioh there was Ninja Gaiden, a series about the exploits of Ryu Hayabusa, a ninja extraordinaire. Ryu has plenty of weapons at his disposal, but one of them is wonderfully weak, despite being the most fundamental: a simple wooden sword, a bokken. But his humble length of wood hides a secret you can reveal by pumping a ton of resources into its upgrade slots. 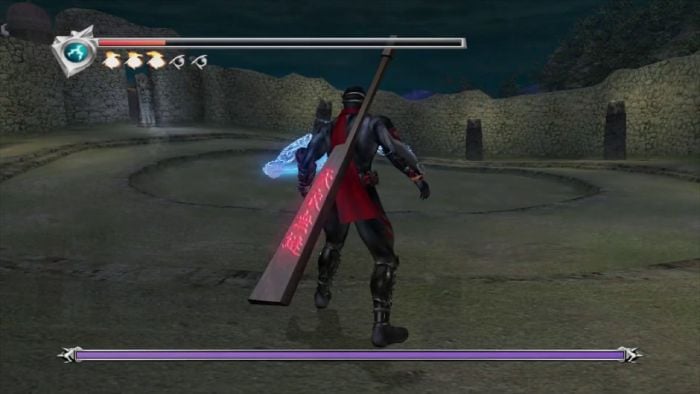 If you, perhaps unreasonably, decide to really invest into this bokken, for a long time you’ll see only minor improvements. Then you upgrade it fully, and the weapon changes into something extraordinary. It looks like an oar, in a reference to Miyamoto Musashi, and the less HP you have left, the more damage it deals. It can take most enemies in a moment, assuming you can survive with a sliver of health.

It’s not a hidden weapon, exactly, because you see it a few times. It’s used quite effectively by Richard on a few occasions, but he isn’t very keen on sharing. Getting your hands on this shotgun requires some effort. In fact, it requires saving Richard’s life so he can later sacrifice himself to save Jill from a big snake or Chris from a big shark, both animals are Umbrella-modified, of course. 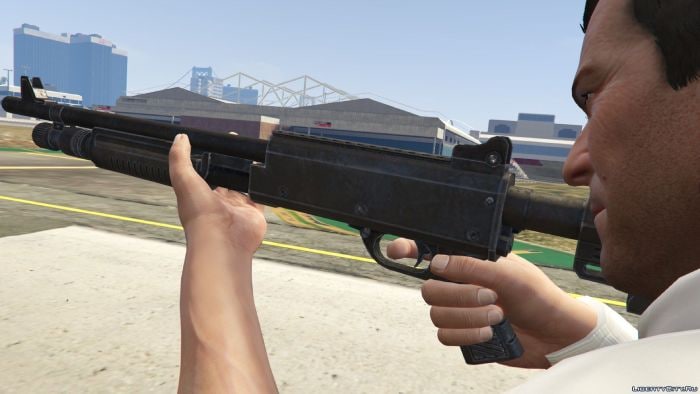 To save Richard and his shotgun you need a Serum, a powerful healing item. The thing is, if you use it on Richard (and manage to administer it quickly enough) you can’t use it on yourself. With a big, angry, venomous snake somewhere nearby, you definitely have a choice to make. It is worth saving Richard, though, because the Assault Shotgun is substantially stronger than the regular one.

Saints Row IV took shots and paid mocking tribute to a lot of things, especially from the science-fiction adjacent licenses. It would be weird if it didn’t have some nod toward Men in Black. It comes as Tiny Pistol AKA Loud Locust, a counterpart to Agent J’s famous Noisy Cricket. It’s tiny, it’s loud, it can kill most things in a hit, and it will toss you around like ragdoll when you fire it. Perfect. 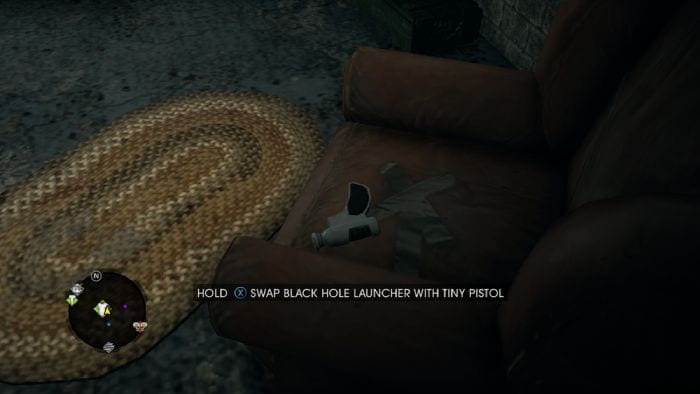 To get this tiny beast you need to visit the Let’s Pretend store and go through the “Employees only “ door (shoot it first). A dark staircase and a long, off-putting corridor you’ll get to a room with the developer’s faces that erupt in fireworks when you shoot them. The Locust will be on an armchair, ready for you to wreak havoc with it. It also operates on charge, not ammo, so you’re set for life.

The Witcher 3 expansions have a few unique hidden swords. Aerondight, Gesheft, Vitis, etc. Some of them can only be grabbed in one quest. So is the Viper venomous silver sword. This sword is a doozy, because the conditions you have to meet to get it are dreadfully obscure and you can completely miss out on the sword. First of all, it can only be obtained in the Hearts of Stone expansion. 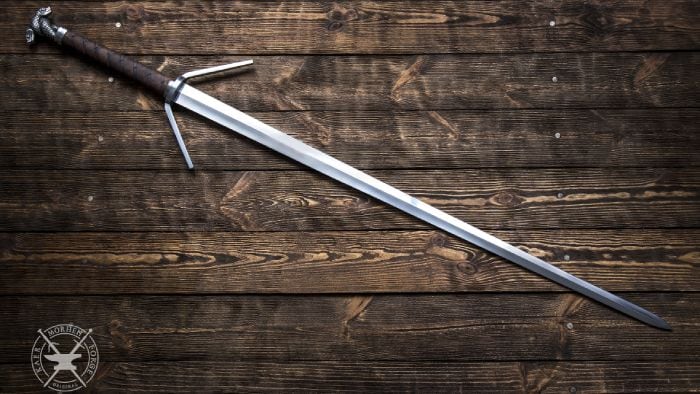 Second, you have to talk to professor Shakeslock to learn about Mister Mirror. Then you have to decide to save Olgierd, and you do that by accepting Mirtror’s challenge. The thing is, the challenge is timed. The first time around, in the resulting stress, it’s very easy to ignore a point of interest where the sword lies. Once you know what’s where, it’s not so bad, but the first run can be frustrating.

Secrets of the arsenal

This concludes our selection of the coolest, interesting, easily missable weapons from video games. There are. Of course, many more examples than can be put here, like the Windshear sword from Skyrim, or Ashmaker from Fallout 4, and as more games come out, even more examples will be available.

Hopefully, this will help you find these weapons in the future or check out the games we’ve featured this time. Each of these games is worth giving them a shot, not just because they have cool weapons.