Welcome one, welcome all! E3 is nearing its unavoidable finale and with that the developers will shut up, go back to work and crunch hard to bring us the games that we want. And what an E3 this was! Some truly impressive games have been shown and I’m here to tell you which ones interested me the most and why they should interest you as well.

Now I’m gonna have to stray from my usual pattern and turn this into a top 10 list kinda thing, but I couldn’t bring myself to talk about just 10. So it’s a top 12 list. 12 is a much better number than 10 anyway right? It’s divisible by 2, 3 and 4 as opposed to just 2 and 5! Anyway, in no particular order, let’s jump right into it. 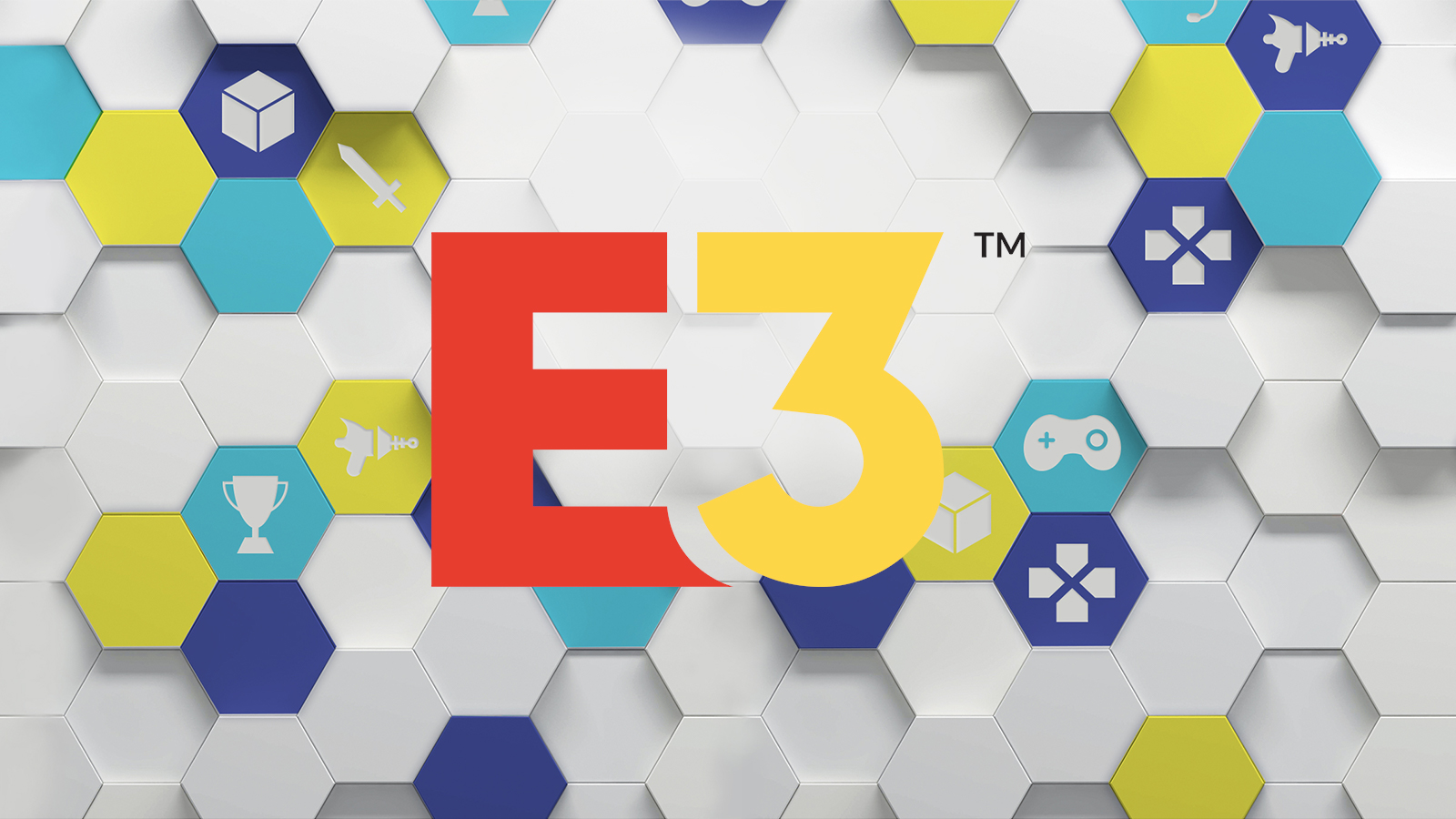 Get divided for the second time.

The explosive follow-up to Ubisoft’s Tom Clancy’s The Division is a post-apocalyptic cooperative shooter set to the backdrop of the United States completely destroyed by a conspiracy-born disease. The government is in shambles, people died by the millions and in the remnants of civilization, agents of the Division try to bring peace to the torn country.

The sequel is going to come with large changes and improvements—a weapons-based class progression system lets the players diversify their playstyle while solutions known from MMOs like raids turn this game into a unique hybrid of genres that should be enjoyable for years to come.

Action RPG, FPS
A sequel to Ubisoft’s popular urban MMO shooter that was set on the quarantined island of Manhattan, The Division2 takes the plot to the capital of the United States, Washington...

Lara has grown up.

Shadow of the Tomb Raider continues the story several years after the excellent reboot of the series—Rise of the Tomb Raider. Lara Croft is now a woman in her prime—a thrill seeker, an explorer, a veteran. She pillaged numerous tombs and is left craving for more. But when she travels to the jungles of South America and inadvertently triggers a Mayan apocalypse, she might have just bitten off more than she could chew.

The game will expand on its predecessor greatly with it’s scope and mechanics—more dangers, more stealth action, more wildlife, and most importantly: more tombs to raid.

E3 was not all shooters and survival, it was also pirates! Ubisoft’s new and incredibly ambitious project is a story set at sea. In a world where freedom to sail and pillage is stifled by the Imperial ambition of the British empire, the pirates of the Caribbean are forced to venture into the Indian Ocean where, left alone to their own devices, they can become the kings of the world.

Skull and Bones is a game of tactical sea-faring combat with a huge deal of customization and emergent storytelling due to a cooperative element where players will just as easily help others as stab each other’s in the back. After all, there is no honor among thieves.

Action
Ubisoft has demonstrated that they really “get” the idea of pirate gameplay with the beloved expansion to Assassin’s Cred IV- the Black Flag. Now they are back with Skull &...

Assassin’s Creed is a long and legendary series by now and it has certainly grown out of its roots. The newest part takes place in Greece where you will play as a descendant of King Leonidas (yes, that Leonidas) wielding his magical spear. It is your duty to break the Athenian oppression of the Spartan people and bring glory to the gods!

With the RPG element greatly expanded through dialogue options, a choice between a male or female protagonist and a non-linear branching storyline, AC: Odyssey is shaping up to be a wholly new approach to Assassin’s Creed.

Treasure Planet ain’t got nothing on THIS.

The long awaited continuation to the critically acclaimed Beyond Good and Evil is a prequel, telling an origin stories of both new characters and the protagonist Jade. In this sci-fi adventure, plucky space pirates search the universe for great treasure and a place they could truly call their home.

Beyond Good and Evil 2 takes the open-world idea of Ubisoft games to crazy lengths by promissing a system of full 360 degrees maneuverability. With the option to travel by land, sea or air, and engage with the game at any level, however you want, Beyond Good and Evil 2 is a masterpiece of gameplay flexibility.

An announcement that filled my dark soul with light!

Devil May Cry is a legendary series of spectacle fighter games with an unmistakably Capcom slant. In Devil may Cry 5 you’ll play as Nero—a confident and fun-loving demon hunter—as he charges through the hordes of opponents to save his world from a demonic incursion and gain revenge on a mysterious man who cut off his arm.

In the words of the developer: a TRUE sequel to Devil may Cry 4, a game prizing itself on its visual components, striking aesthetics, crazy story and setting, but most importantly—on the supremely tight, rewarding and stylish combat. This is a game where you want to have fun fighting and look as badass and cool as possible when doing it.

Spectacle Fighter, Action
Hell yeah. 10 years after Devil may Cry 4, comes a long awaited, true sequel to the series of excellent and wacky spectacle fighters is here. Developed by the man...

”too bright”- screamed the people.

From the creators of the Witcher series we have a futuristic, story-driven game about fighting against the oppressive machine, with cyber-implants, and a healthy dose of punk. In the future where corporations own everything and poverty is sky-high, it’s time to show a giant middle finger to the system and let it all burn in a glorious ball of fire.

Don’t let the fps convention fool you—Cyberpunk 2077 is a true form RPG. Taking a lot from the Mass Effect playbook, this game based on a classic tabletop RPG aims to bring the gripping, character-driven story to a setting as depressingly familiar as it is excitingly unique.

Rage against the wasteland.

The sequel to somewhat underwhelming Rage 1, Rage 2 takes you ways ahead in time to present a very different world from the one you knew. With arcs opened the Earth has been changed, it’s not just a nuclear wasteland—it’s a vibrant, colorful and incredibly hateful place. Your only goal here is to go on a rage-filled rampage and avenge all the people you’ve lost to the emerging new state.

A sequel to the original, Rage 2 is even more true to its namesake, by being ALL about anger issues—you will be able to use a host of abilities, weapons and vehicles to carve out a blazing warpath through the wasteland that took everything from you.

FPS, Action
A sequel to the innovative Rage, from Id software and published by Bethesda, Rage 2 greatly expands on the predecessor. Rage 2 is bigger, meaner and 100% angrier. It provides...

Oh no you didn’t!

Rico is back with another mission. An army of mercenaries calling themselves the Black Hand has taken over a small island nation and rules it with an iron fist. It’s your job to show them, through mayhem and wanton destruction of property, that their reign is bound to be short-lived. It may not be subtle, but it certainly is just.

Just Cause 4 promises to take the destruction sandbox of the series to its utmost limits with spontaneous, apocalyptic weather that can level entire cities. Tornados, hurricanes and storms are not just obstacles, but also weapons to be used in your quest for justice.

Action-adventure, FPS
The legendary series of adventure games featuring a sandbox of destruction and explosions is back. Just Cause 4 follows the events of the previous game with the game’s protagonist Rico...

A strong independent woman vs. zombies

Ellie has grown up to be a strong and savage killer. Her adventures with Joel have left her a woman capable of anything in the goal of survival and that’s exactly what she intends to do. Now she has friends and family she needs to care for and she has means of protecting them against greedy people in the fallen world and the infectious zombies.

A sequel to the critically acclaimed The Last of Us, the game hands you the role of Ellie. With stealth, crafting and shooting she has to fight her way to life. You can expect a heartfelt, gripping narrative as well as tense and satisfying action.

Oh baby I do want to set the world on fire

A spin-off of the legendary series of RPGs, set in the distant past of the the Fallout universe, mere years after the nuclear holocaust that created the wasteland, Fallout 76 is a unique take on the series. It introduces a full multiplayer and a shared world in a blend of RPG, FPS and an MMO. It expands on and explains the lore of Fallout while giving the players the ability to shape it personally with the actions of the players.

The game focuses heavily on base-building and fascinatingly employs a mechanics whereby players can obtain nuclear launch codes and use the bombs against each other, bringing further devastation to the world, making a poignant comment on how the Vaults were a terrible idea to begin with. It’s Fallout unlike you’ve ever experienced it before, but still containing that unmistakable essence of the series.

RGP, Multiplayer, FPS, Survival
The next installment in the legendary RPG series telling a story of alternate reality America where the nuclear annihilation actually happened, is here. Fallout 76, developed by Bethesda, the ultimate...

Norman Reedus and the funky fetus.

And then came the next explosion. An explosion that will be our last. In Death Stranding you control Sam (played by Norman Reedus), a member of the Bridges organization, a courier connecting the scattered cities of America in a world suffering from a cataclysmic event, after which the line between life and death is blurred and the rain causes temporal anomalies to everything it falls upon.

Still not much is known about Death Stranding, a cryptic game from the legendary developer Hideo Kojima himself. The game attempts to blend stealth, action and adventure with a powerful, somber narrative about life, death and connections.

Strap yourselves because next year is going to be AWESOME

And that’s it folks! No doubts there are games that you’re super hyped for that I didn’t even mention. What about Battlefield V or Metro: Exodus you ask? Well, I don’t have infinite space friends! But do not worry, I will surely be talking about ALL the games that interest you here on G2A News.

Get hyped and stay tuned because 2019 in gaming looks amazing. And for now, peace!

Set the course for the Indian Ocean, a place beaming with ill-begotten riches and ripe for the taking. Create your ship and challenge to the dogged trade empires. Fight with and against your friends in Skull & Bones, for there is no honor among thieves.

Stay a while, and listen! | Deckard Cain, Diablo II