A haunted house is a common element of many good horror games – if an action takes place inside a house, there’s a lot of room for adding terrifying elements and jump scares, and the setting itself adds a lot to the scary atmosphere due to its claustrophobic nature.

If the house is in the middle of nowhere, it also adds another layer of fear – it makes you realize that you are on your own and there’s no one who could hear your cry for help.

Today we’ve gathered a bunch of great games where a house plays an important role – take a look at some of the best haunted house video games on the list down below.

The first haunted house game that’s worth recommending is Remothered – a story focused on the investigation of a case of a missing girl. 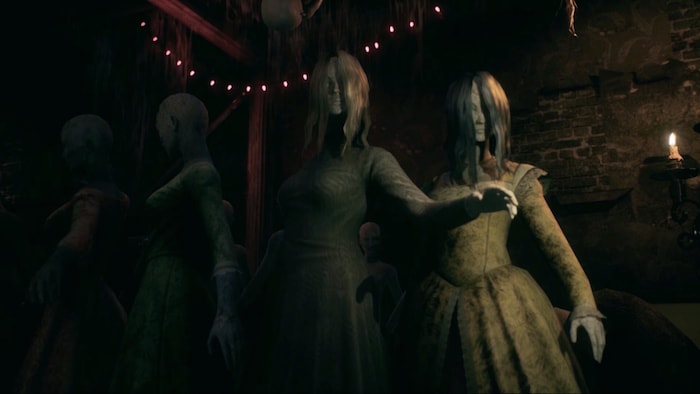 Remothered: Tormented Fathers follows the story of Rosemary Reed as she tries to learn more about the whereabouts of a certain girl who was considered missing for years. Her investigation starts with visiting Richard Felton’s house. At first, nothing seems to be suspicious, but as Rosemary digs deeper, she becomes targeted by those who don’t want the truth to be revealed. As she gets closer to solving the case, a new threat emerges and now it’s not a matter of finding the girl anymore – it’s a fight for survival.

Those who love art will surely like Layers of Fear, a horror game about a painter who attempts to finish the masterpiece of his life. 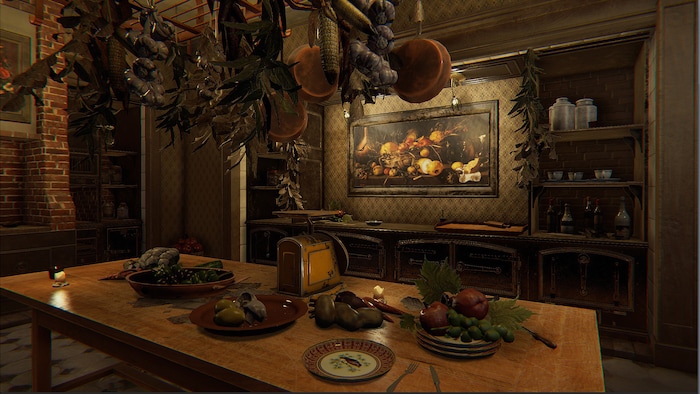 Layers of fear is a first-person psychological horror where you will be playing as an artist. By exploring the surroundings, you will gather the knowledge necessary to complete your work, but it’s easier said than done – there’s certainly something evil going on and it will be your job to figure it out. As you explore the house and progress the story, you will learn more about the magnum opus you’re currently working on, as well as about yourself and your past – perhaps that’s the key to understanding the truth.

The Japanese Resident Evil series has a long history and the game received more attention in recent years, partially thanks to the newly released remakes, so it’s better time than ever to revisit this classic horror. 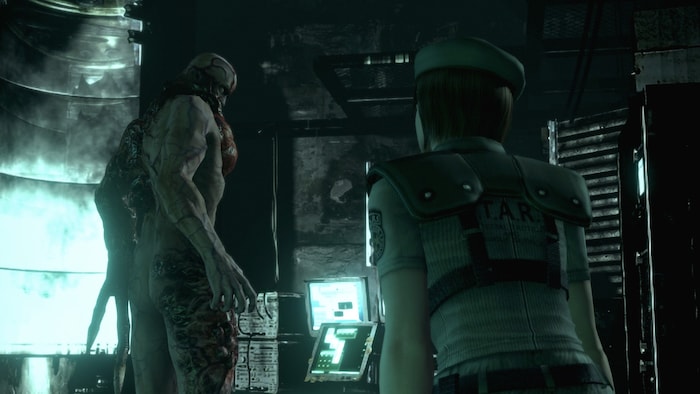 Resident Evil revolves around a mysterious virus that turns people into mindless zombies. As a part of the Raccoon City police department’s special investigation team, you will be tasked with rescuing another group and getting to the bottom of the case. You will find yourself in an abandoned mansion that hides many secrets and houses terrifying creatures that won’t go easy on you – keep searching for clues that can help you discover the truth but better watch your back wherever you go.

Speaking of Resident Evil, RE 7: Biohazard is also worth being mentioned on the list – a new story awaits. 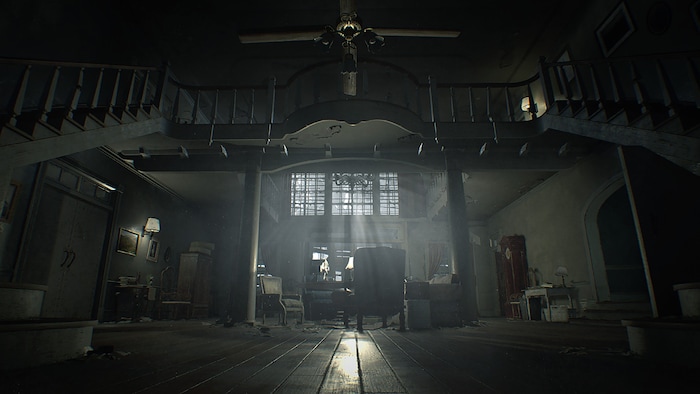 After some experiments with different approaches to the genre and putting more emphasis on action than horror in a few earlier games, the development team of Resident Evil 7: Biohazard finally decided to return to the roots of the series in order to bring back that old-school experience but in a modern package. Enjoy better visuals and improved first-person gameplay. Make use of available weapons to get rid of enemies, but make every bullet count as they’re hard to come by.

THE HOUSE OF THE DEAD: Remake

On a more casual and light-hearted side of the spectrum of haunted house video games, we’ve got The House of The Dead – a simple but incredibly fun shooter. 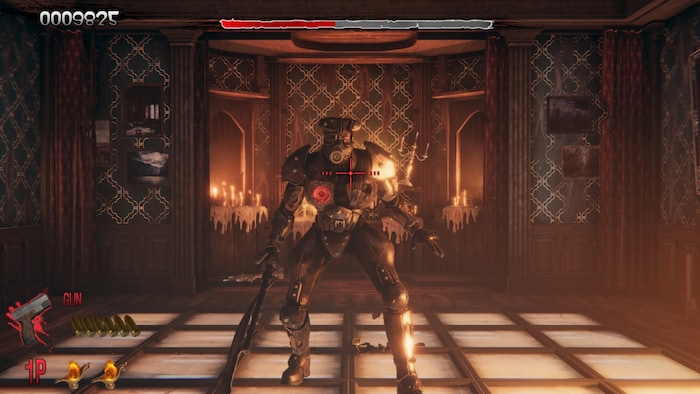 The House of The Dead was originally released in 1996 and the remake is a much more polished version that was recreated from scratch in Unity. The gameplay is very simple but can get addicting – your job is to simply aim and shoot down the enemies and objects. Your character moves on its own between sequences and the ammo is unlimited, so you can focus entirely on shooting. The game is not as terrifying as other horror games, but if you happen to forget that you’re not playing a game that’s meant to scare you, the soundtrack will quickly remind you – the game’s fast electronic and rock music fits an arcade shooter exceptionally well.

THE HOUSE OF THE DEAD: Remake

Amnesia is an example of how a relatively simple game can be turned into an amazing horror – it perfectly manipulates the dark atmosphere to create the lingering feeling of danger. 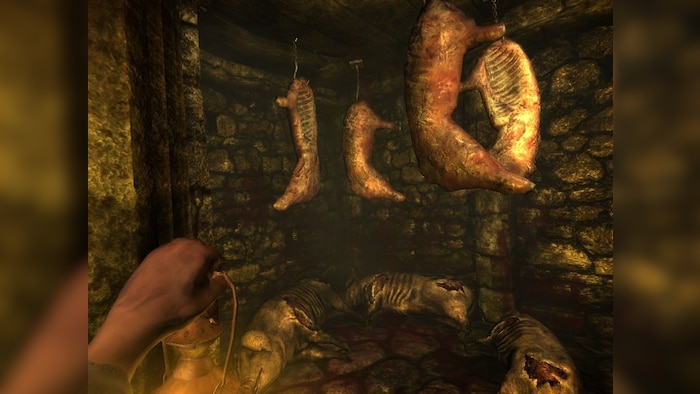 Amnesia revolves around navigating through spooky locations while avoiding detection and solving puzzles. In a game that utilizes realistic physics, even such a simple thing as opening a door can be difficult when you’re stressed out – you need to manually grab the door and move it, and you’ll be surprised how challenging it can be when you’re chased. The game was a popular choice for content creators to stream their playthroughs online – if you’d like to experience this thrilling story yourself, make sure to grab a copy.

For a more old-school game that features a haunted mansion, you should give Phantasmagoria a try. 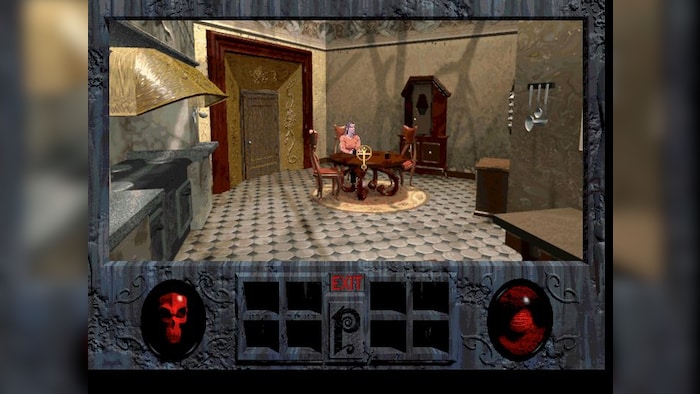 Phantasmagoria is a classic point & click adventure game that revolves around the story of a couple that moved into their newly bought mansion. As it turns out, the mansion is not as abandoned as one would’ve thought and now it’s your, the player’s, job to put an end to whatever is going on. The game features live-action actors and footage, which is very rare to see these days in video games – if you’ve never played such a game before, it’s sure worth a shot for that unique old-school experience.

If you’re looking for a challenging game, Song of Horror is a perfectly valid option, thanks to the smart AI that will try to expose your weaknesses. 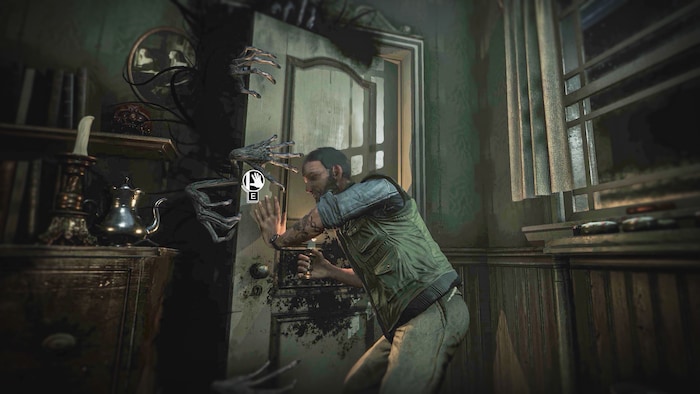 In Song of Horror, you will control over a dozen of different characters as they’re trying to solve the mysteries, complete the puzzles, and survive the encounters with the purest form of evil. Death in the game is permanent, but it doesn’t end the story right away – when your character dies, you can continue as another character. As long as there’s at least one person left, your mission can still be completed. One of the most interesting features of the game is undoubtedly the use of AI that gradually learns your behavior and tries to use that knowledge to outsmart you, which makes the title increasingly challenging.

This one is interesting – it starts as a rather innocent and even cute game, but there are places that can make your heart go faster. 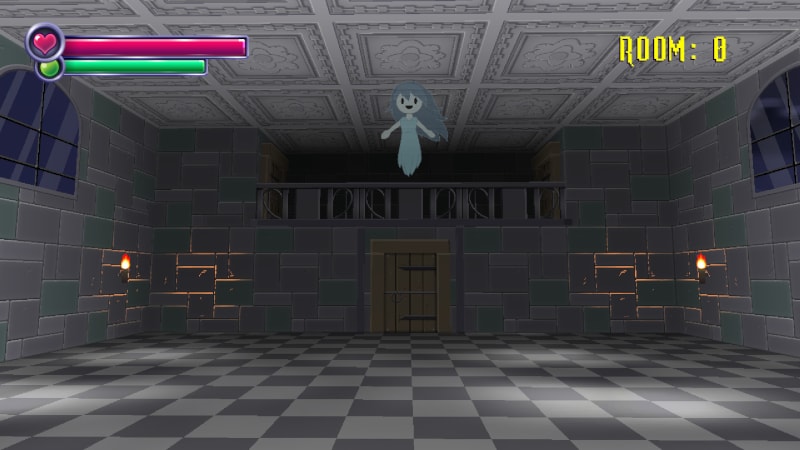 Spooky’s Jump Scare Mansion is a game about exploring the titular mansion and going through its 1000 rooms to reach the end. At first, it doesn’t seem to be frightening at all – it starts by trying to scare you with silly jump scares in form of cute creatures painted on wooden boards that occasionally pop up from the walls. They will probably get you from time to time due to the element of surprise alone and you will feel bad for falling for this. However, as the game progresses further, things will start to get a little spookier.

For the final game on the list, we’ve got Sanitarium – an old classic from 1998. 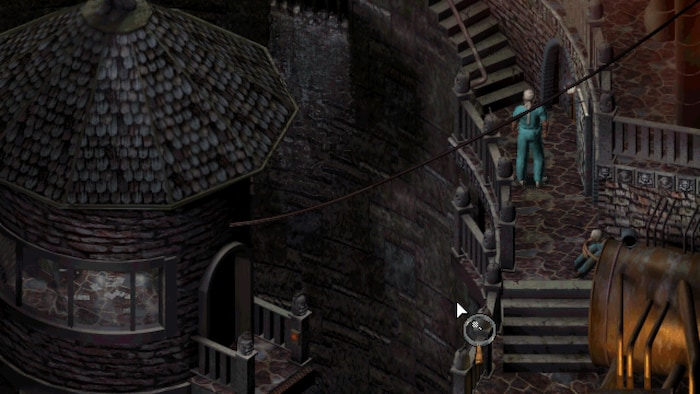 Sanitarium is a point & click adventure game that follows the story of a man who lost his memories and found himself in the titular Sanitarium. As you dive deeper into the story you will have the unique opportunity to explore all kinds of surreal places, including a town of malformed children and an alien hive with cyborg insects. If you know Grim Fandango, you may be interested in knowing that Sanitarium tied with it when competing for the title of the 1998 Computer Gaming World’s best adventure game – and that’s solid proof of distinction.

Haunted houses can be often found in horror video games – it’s a common theme and for a good reason. Being locked inside a mansion with evil beings lurking around is a solid recipe for a terrifying game. There’s no way to run and no one will help you. It’s only you, the house, and a merciless hunter who won’t stop until he catches you and squeezes your body out of life to the last drop of blood.

If you’re ready to tackle the challenge, check out some of the best haunted house video games on our list above.